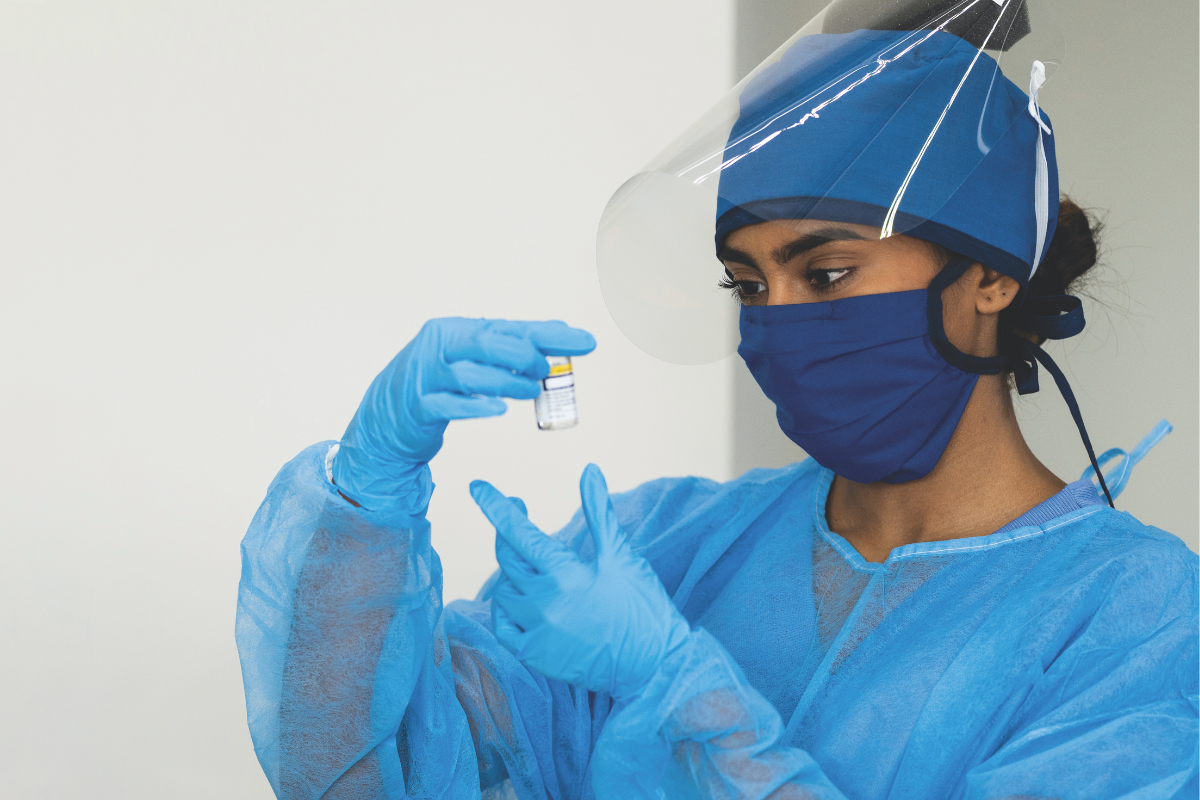 With vaccines beginning to roll out slowly across the world, the possibility of getting the COVID-19 pandemic under control seems closer than ever. At this stage, the response of pharmaceutical companies is critical, as they continue to provide treatment to those still suffering and undertake work towards the global application of the vaccine.

In Bangladesh, the second-worst affected country in South Asia, Beximco Pharmaceuticals has been one of the companies to join the effort in getting the pandemic under control. At the end of 2020, the company signed a memorandum of understanding with the government and the Serum Institute of India for the supply of 30 million doses of the Oxford University-AstraZeneca vaccine.

In May last year, the pharmaceutical company produced the world’s first generic remdesivir, the most common antiviral medication for treating COVID-19. Called Bemsivir, the drug was given free of cost to Bangladeshi government hospitals in treating the severely ill. 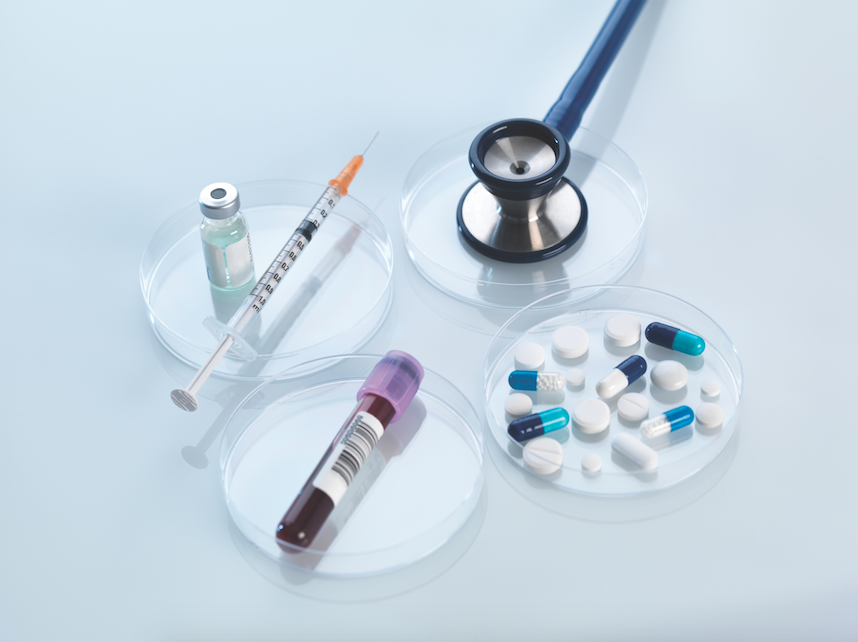 Beximco (one of several companies under the Beximco Group umbrella) was one of six companies initially permitted by the government’s drug regulatory body, the Directorate General of Drug Administration, to manufacture COVID-19 treatment drugs, and was the first to go through the procedure and receive approval.

Its representatives said the process was part of a commitment to aid the government in getting past the crisis and this appears to have been borne out, with Beximco donating large quantities of Bemsivir on its first day of having regulatory approval.

In producing generics for such advanced breakthrough drugs, the pharmaceutical company helps developing nations gain access to drugs, which remains a challenge. Remdesivir was originally developed by the US-based Gilead Sciences, and Bemsivir means nations like Bangladesh don’t have to go without treatment simply because of lesser purchasing power.

At the same time, Beximco aims to position itself as a beneficial partner to such companies. Amid rising costs of health care, the production and manufacture of medication may incur significantly higher costs, especially in nations like the US and those across the EU.

However, the company notes that wages in Bangladesh are the lowest in the world, and hopes that in partnering with the local pharmaceutical, multinationals can drive costs down by taking advantage of wage levels.

Indeed, it already has considerable experience in manufacturing pharmaceuticals for companies overseas – the company currently has a contract with GlaxoSmithKline to produce metered-dose inhalers.

Through such partnerships, Beximco claims expertise in the development of world-class, global products, and the domestic environment – one of low costs, skilled manpower and government support – promises to be one supportive of foreign partners.

Currently, Beximco is working on submitting medicines to EU and US authorities for approval, and with equipment and facilities that have been designed to line up with US FDA standards, it has been accredited by authorities in the US, EU, Australia and the GCC.

In fact, Beximco is the first Bangladeshi drug company to sell products in the US, thanks to its accreditation in various regions. Its presence in overseas markets has won Bangladesh’s National Export Trophy five times in recognition of its contributions to the nation’s exports.

In May last year, the pharmaceutical company produced the world’s first generic Remdesivir, the most common antiviral medication for treating COVID-19.

The company has a geographic footprint in more than 50 countries, with particular growth in Africa, Asia and similar emerging markets. At the same time, it is the first Bangladeshi company to export medicines to regulated markets in developed nations such as the US and Australia, and has just entered the Kuwaiti market and the broader GCC.

Alongside these expansion initiatives, Beximco is undertaking the development of a new research lab. Its existing manufacturing facilities are spread across an 8.9-hectare site near Dhaka, and boasts its own utility infrastructure (representing 10 megawatts) to ensure adequate energy distribution and generation. 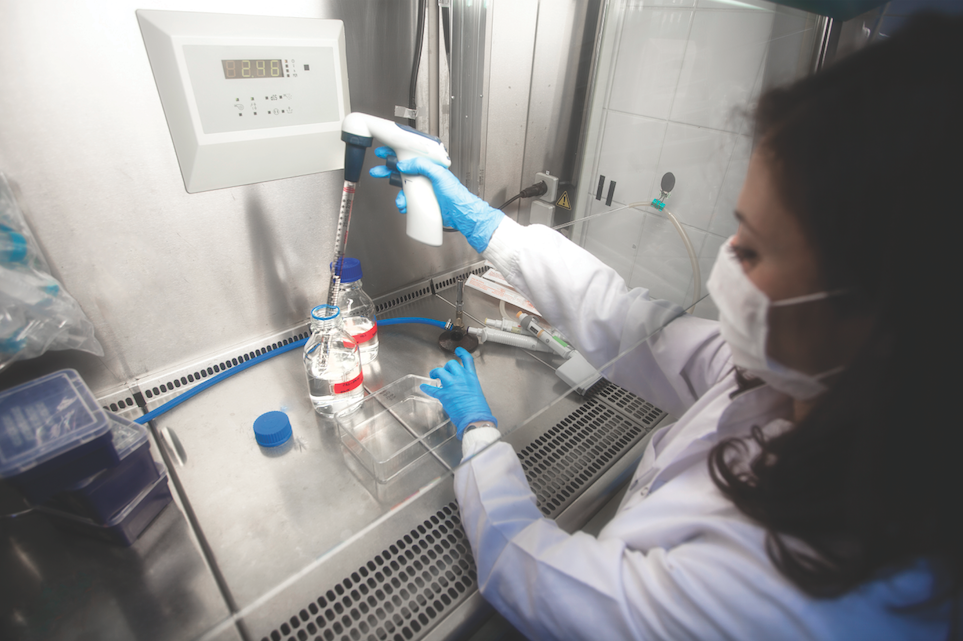 Like many companies across the subcontinent, Beximco has a strong sense of social responsibility, and has supported numerous causes including relief for victims of the Rana Plaza disaster.

The pharmaceutical company lists charitable initiatives such as free medicine to support UN missions and AIDS-focused non-governmental organisations, sponsorship of seminars for various medical associations and societies, and the support of sports and other forms of cultural heritage.

The Bangladeshi company was founded in 1976. Four years later, Beximco Pharmaceuticals started manufacturing products under the licences of Germany-based Bayer and Upjohn of the US, and launched its own formulation brands three years later. In 1985, it was listed on the Dhaka Stock Exchange. Today, Beximco manufactures and markets its own branded generics. Altogether, the pharmaceutical company offers more than 500 products in different dosage forms, covering skin and eye care, respiratory and cardiovascular treatment, AIDS, oncology, antiviral medication, vitamins and more. This diverse array of products wouldn’t be possible without a workforce of more than 3,800 professionals including pharmacists, doctors, chemists, microbiologists, engineers and more.

As a founding corporate partner, Beximco also supports the Mobile Alliance for Maternal Action to provide important health information to new and expecting mothers. The organisation delivers this lifesaving information via mobile phones, and it’s not the only effort it is making to support the health of mothers and babies.

Another major corporate social responsibility initiative is the support of the JAAGO Foundation, Bangladesh’s largest youth volunteer organisation, which helps to support disadvantaged people. Beximco’s support extends in particular to efforts around nutrition and literacy.

In a similar educational vein, the company hosts rallies, discussions, presentations and seminars to mark various international health-related days, such as Hypertension Day, Osteoporosis Day, Asthma Day and others.

One final project of note is the company’s work with Dhaka University, specifically to aid Professor KS Rabbani in the development of low-cost prostheses and portable computerised electrocardiograms. Such work is designed to promote innovations and make them affordable, which is an important cause in any developing nation.