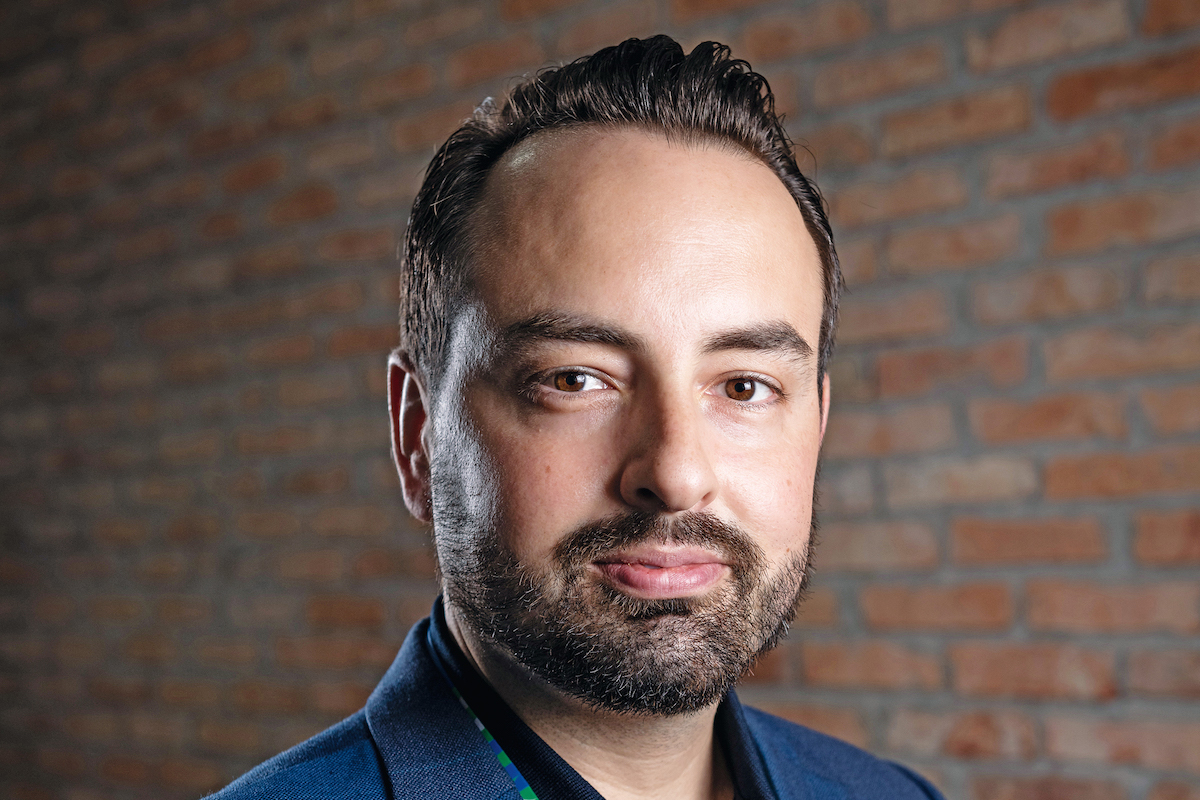 At the age of 15, Chris Blank embarked upon an attempt to straighten out his life and start a new chapter, one that led him to Vietnam. It was 1998, three years after his parents had been killed in a car accident leaving Chris in the care of America’s state system, drifting from home to home, hanging with the wrong people and getting into trouble.

The CEO of Pharmacity admits it’s difficult to talk about those early years, particularly when he contemplates how different his life would be had his Vietnamese maternal grandmother not reached out and suggested he visit.

With nothing to lose, the desperate teenager hopped on a plane and went to Vietnam. “Straight away I saw the difference between the culture of the United States and Vietnam. It was like night and day,” he remembers.

“In the US, being in the foster care system, I was growing up with a bit of a chip on my shoulder, a kind of ‘woe is me, I am poor’ attitude. I was going down that rabbit hole all the time because it was such an easy mindset to fall into.

“But in Vietnam, I was just as poor as most people around me and nobody seemed bothered by it. There was no keeping up with the Joneses, and because a lot of people were poor, nobody else felt poor. I didn’t feel like a square peg in a round hole. It was empowering.”

That sense of empowerment was the trigger to changing Chris’s perception of his own capabilities and became the driving force behind his extraordinary success as head of Vietnam’s first and largest retail pharmacy chain and Chairman of the AmCham Healthcare Committee, which has a vision of being a key strategic partner for promoting health and wellness and shaping the healthcare industry in Vietnam.

It was while still a teenager that Chris, armed with new-found confidence and support from his community, recognised a wave of change surging through Vietnam.

The country was developing rapidly, new laws were being passed daily, more foreigners were flocking in to do business and convenience stores were starting to emerge as alternatives to the thousands of mum-and-pop outlets dotted along city streets.

In the US, being in the foster care system, I was growing up with a bit of a chip on my shoulder, a kind of ‘woe is me, I am poor’ attitude.

In 2006, Chris was given his first “real” job as a proprietary trader at VinaCapital by financial analyst Fiachra MacCana.

The pair has enjoyed a tight and enduring relationship, based on trust and respect, ever since, with Chris regarding the analyst as his strongest mentor and influence in business.

Nearly two years later, HSC had clawed its way to number one. Experiencing that success and growth was instrumental in providing Chris with valuable insight into building success, once again leaving him with a sense of empowerment and the confidence to dream about building his own company – which is exactly what he did in 2011.

However, Chris describes that expansion as a “drop in the bucket”, with expectations, aided by an investment from Mekong Capital, to open 1,000 stores in each of Vietnam’s 63 provinces by the end of next year. “November 10, 2021, to be precise, to coincide with our 10-year anniversary,” he says.

“When I first moved to Vietnam, supermarkets were just developing. Mum-and-pop stores were everywhere, selling everything, but I noticed that small format convenience stores were starting to pop up and change consumer behaviour. Right across from me at work I saw a mobile-phone outlet modernise and despite everyone saying it wouldn’t work, it flourished and expanded to 300 stores.

“Although there were about 57,000 mum-and-pop pharmacies in Vietnam, I still thought there was a need for modern trade in a western-style drug store. I dipped my toes into the water and started with one store, just for fun really, to see what would happen.”

What happened is that the concept took off and it didn’t take long for Chris, armed with his background in finance, to realise, “Whoa, if we can get all our ducks in a row, it’s very scalable.”

So he started scaling up, using systems to emulate a pharmacy chain and the experience of others to learn more about the industry. He travelled the world visiting dozens of pharmacy chains and meeting with leading executives including Jack Gance, Founder of Australia’s Chemist Warehouse, and Edmundo Yañez Orlate, the head of Mifarma in Peru.

“There was no competition for them in Vietnam so they were very willing to share their knowledge with me, particularly when they saw how eager I was to learn,” Chris says.

“One important thing I quickly realised was that the international global trend for having a pharmacy chain was offering more than just drugs, so I started adding other products to our ranges.”

While he ensured premium quality was kept by sourcing all Pharmacity products from authorised distributors and manufacturers, Chris admits the concept of adding beauty, healthcare and lifestyle products to the range of Western and traditional packaged Vietnamese medicines was not readily accepted by the Vietnamese consumer.

They were not accustomed to seeing anything other than drugs in their pharmacy stores. Chris reacted by curating his range and developing promotions to incentivise customers to buy. Slowly, but surely, the model began to work.

With Pharmacity also introducing its own brand of beauty and lifestyle products, which now account for nearly 10% of sales, more space was required to accommodate them. 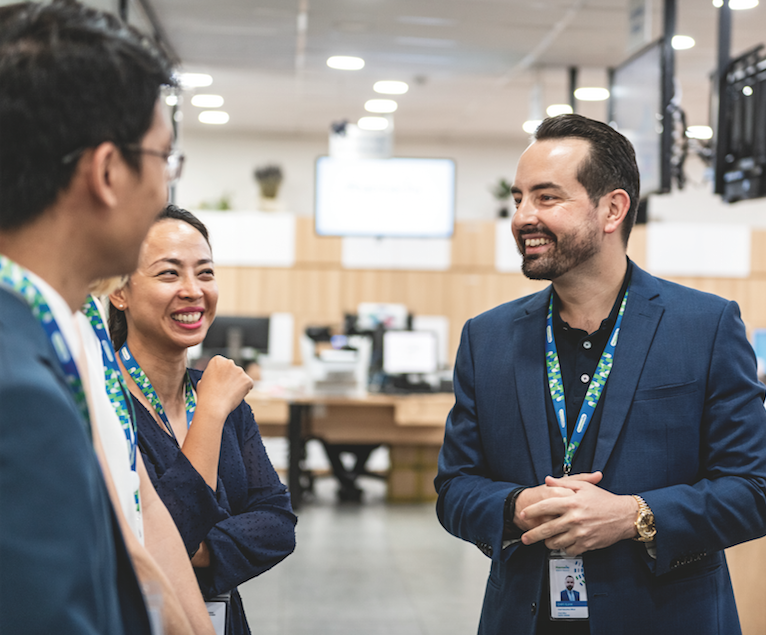 “There’s a lot to do, but the team is ready,” Chris says. “I’m a very vision-driven leader, standing for workability, and I have put a lot of effort into creating a culture inside my organisation. And when I say culture, I mean looking at the first four letters of the word, C-U-L-T. Yes, I’m guilty of creating an almost cult-like culture inside of my organisation where everyone is a cause in the matter, where they can look around and view life as if they are the reason for the situation around them.”

There’s no doubt Chris created his own situation as a teenager when he’d hop on his motorbike at night and take his girlfriend down to a riverside cafe.

They’d sit on lawn chairs looking across the river to Thu Thiem – a new expat community being built for the affluent living in Ho Chi Minh City – and dream.

“I was just a student but I had big aspirations,” Chris remembers. “I would say to my girlfriend, ‘One day, I’m going to rent a house over there.’”

Chris achieved just that, living today just outside Thao Dien with his wife and two children in a charming garden-enclosed ground-floor apartment.

However, no amount of success compares with Chris’s love for the country he credits with humbling him and giving him the insight and self-belief to become the man and businessman he is today. His emotional tie is strong and profound.

“I don’t really feel like I grew up until I came to Vietnam,” he reflects. “It provided me with the opportunity to transform my feelings about myself and for that I am forever grateful to this country and its people. Vietnam is my home country. It shaped and saved me, and I owe a very, very big debt, which I try to repay to society every single day.”