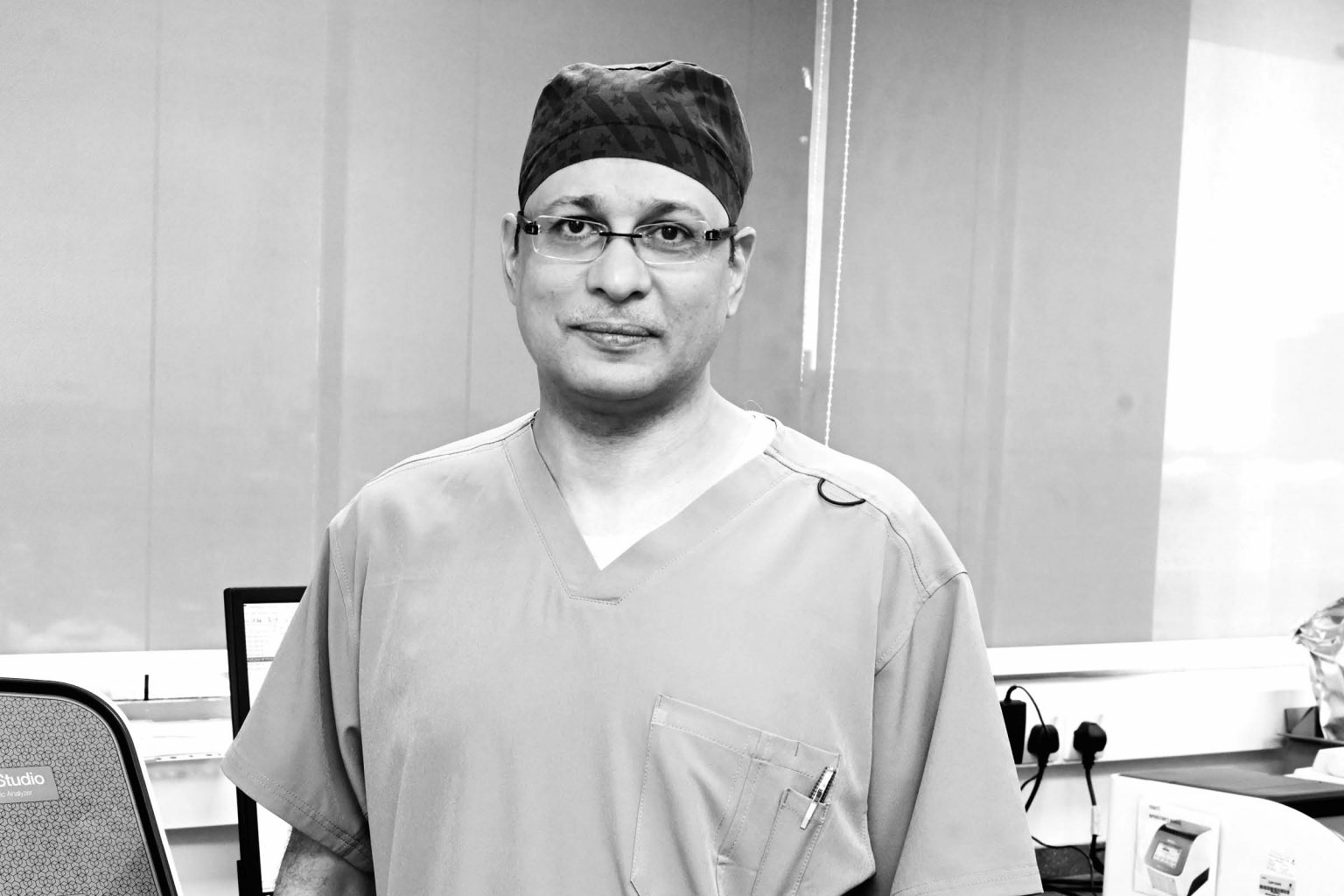 When Saudi Arabia first unveiled its Vision 2030 plan five years ago, Dr Saeed Al Amoudi was shocked. The ambitious blueprint laid out plans to transform the kingdom’s economy by making changes across every sector. Every citizen was expected to participate in making the vision a reality. 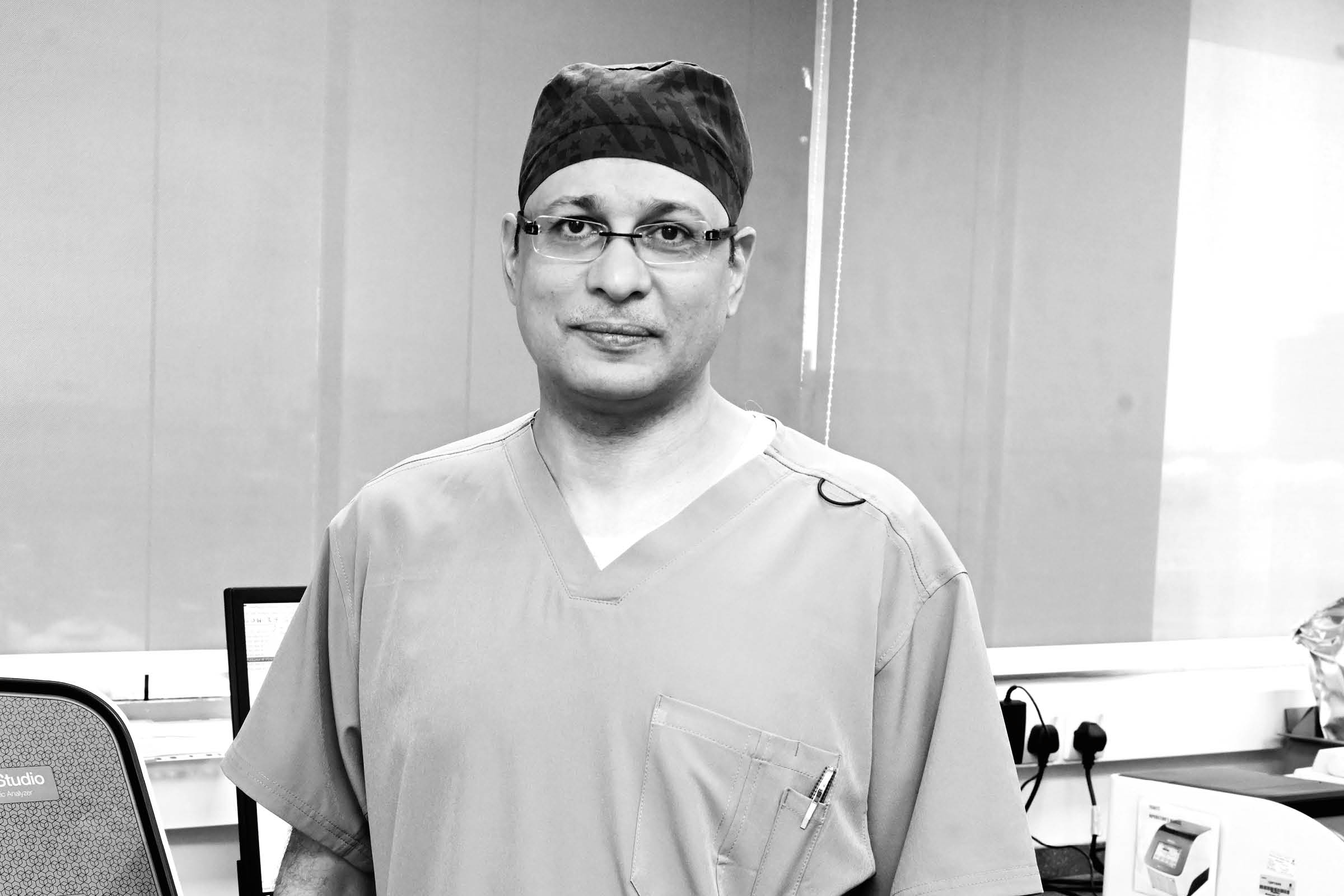 “It was a shock for all the people here. We were asking, ‘How are we going to adhere to this?’ But now, everyone is helping and starting to adapt themselves to this shock,” Saeed explains.

The blueprint aims to privatise large swathes of government-owned assets, including in the healthcare sector, where Saeed works as the CEO of Al Borg Medical Laboratories. Al Borg is the largest chain of testing laboratories in the Gulf Cooperation Council region, which includes Bahrain, Kuwait, Oman, Qatar, Saudi Arabia and the UAE, and is also expanding into Africa.

Saeed says that the COVID-19 pandemic has helped accelerate progress towards Vision 2030 within the company “I know from personal experience that the coronavirus crisis has helped facilitate and speed up Vision 2030,” he reveals.

“During the crisis, everybody has become one. The Ministry of Health, the Interior Ministry, the Foreign Affairs Ministry – everybody’s working for the same purpose. There is very good interaction between all sectors, governmental and private. This is the aim of Vision 2030.”

Al Borg has been readying for Saudi Arabia’s shift to privatisation by investing in new technologies and expanding its presence. “According to Vision 2030, everything will be private, so that has impacted us as we prepare for more people to come to us rather than the government sector,” Saeed adds.

As the combined impact of Vision 2030 and the pandemic has led to much closer cooperation between government bodies and private companies, Al Borg has been able to speed up the process of getting projects approved.

Everything will be private, so that has impacted us as we prepare for more people to come to us rather than the government sector.

“There is a very good relationship there. We can meet at any time to discuss things. We help and support each other,” Saeed shares.

“For example, before, whenever we opened a new branch, we had to have certain minimum requirements according to the regulations of the Ministry of Health and others. You need a machine, you need the pathologist, you need staff and you need a space bigger than 300 square metres.” But those regulations were holding the company back.

“This is actually not practical because you put a lot of capital investment and such into a project,” Saeed adds. “So we met with our peers and colleagues at the Ministry of Health, and they were speaking the same language as us. I’m happy that this is a part of Vision 2030 – that we sit with the government sector at the same table to ask things like, ‘Why do we need this requirement? Let’s do it like the rest of the world.’”

Saeed wanted to set up smaller collection sites, where samples could be taken and then sent to a central lab that has the necessary machines, pathologists and room. “A small space is enough to draw blood for testing and then take it to the reference lab in the same city, which may take half an hour. That’s what the international labs are doing,” he notes.

Thanks to the close cooperation between the company and ministries, Al Borg succeeded in getting licences to do this. This has enabled the company to expand its footprint, while still adhering to the minimum requirements at its reference labs. Before the pandemic, the process for reaching this kind of compromise was more unwieldy. 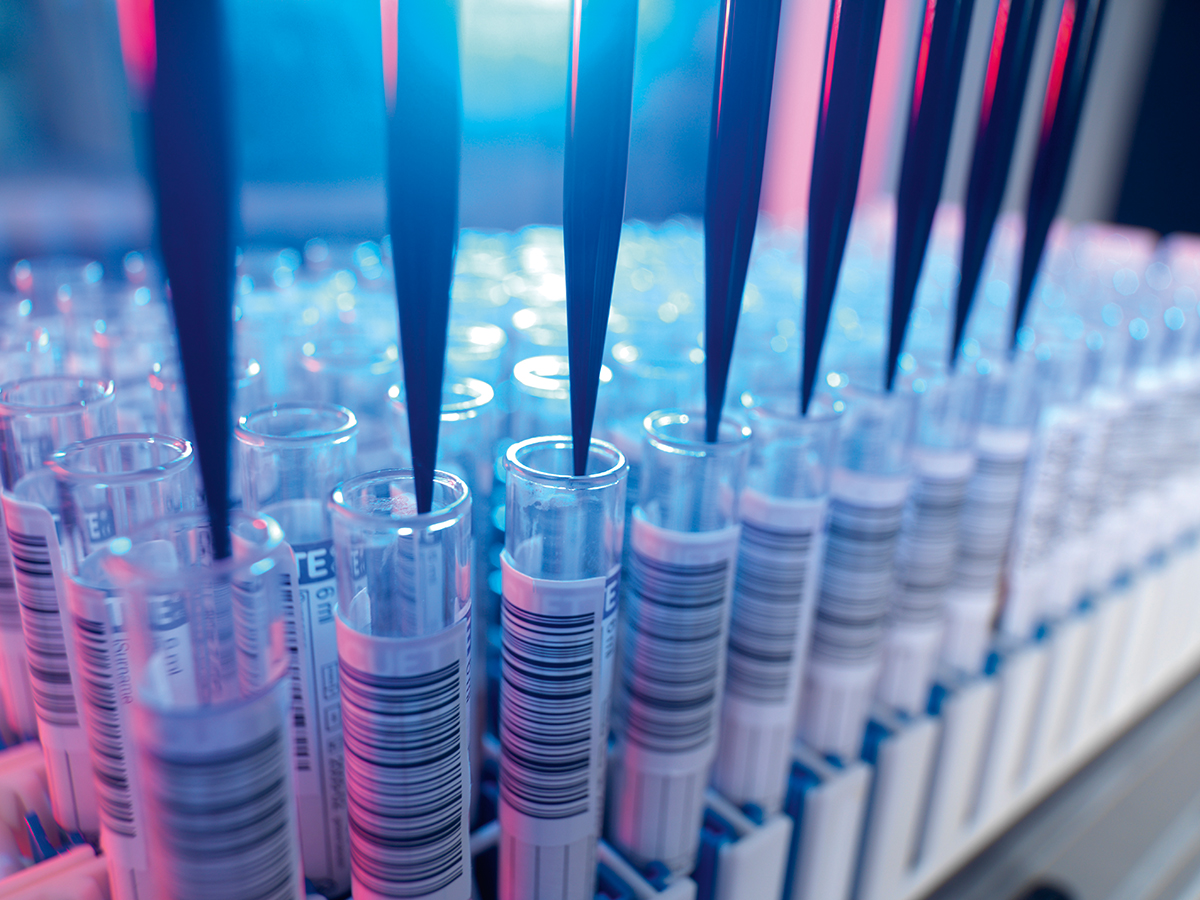 “It might have taken a long time or even been rejected, but during the crisis, these things have melted away,” he says. “We’ve started to communicate with each other, listen to each other and speak a common language.”

This newfound common ground also helped drive through approvals for other projects Al Borg was pursuing, like home visits for testing.

Blood tests with an app

Most of the company’s revenues come from healthy customers who seek out its services for wellness, rather than to address an illness. Much of the rest comes from other businesses, such as hospitals that outsource their testing to Al Borg’s labs.

During COVID-related lockdowns, the company initially lost a lot of businesses from wellness customers who had to stay home. However, it compensated for this loss by launching home visits to carry out testing for COVID-19.

“We decided that if customers cannot come to us, we will go to them,” Saeed says. “So we licensed some people to go and collect samples from the customer in their house or office.”

In the end, the company managed to increase its revenues during the pandemic. Saeed also used the pandemic as an opportunity to advance in digitalisation. He wants the experience of getting a test to be as convenient as ordering food. “We have delivered an application – a really very comprehensive and important one – to reach the customer rather than the customer coming to us,” he points out.

“For example, if a patient is chronic, perhaps with diabetes, which needs regular monitoring of blood sugar and testing, we can make it easy for them. They don’t need to come to the clinic or hospital. We’ll go to them, draw their blood, do the testing and release the results in no time.”

Creating a seamless experience for patients is something the leadership at Al Borg takes seriously. “We have been given direction from the board that all that we need to care about is the end user. Once you’ve done that, you are allowed to do whatever it takes, in terms of expenses or whatever, to make the customer’s life easy,” he says.

Al Borg has also invested in improving its technical testing capabilities. Saeed has started a research centre and recruited professors and other staff to operate the new lab. He has also helped cut costs by bringing certain processes in-house that used to be outsourced to a lab in the US. 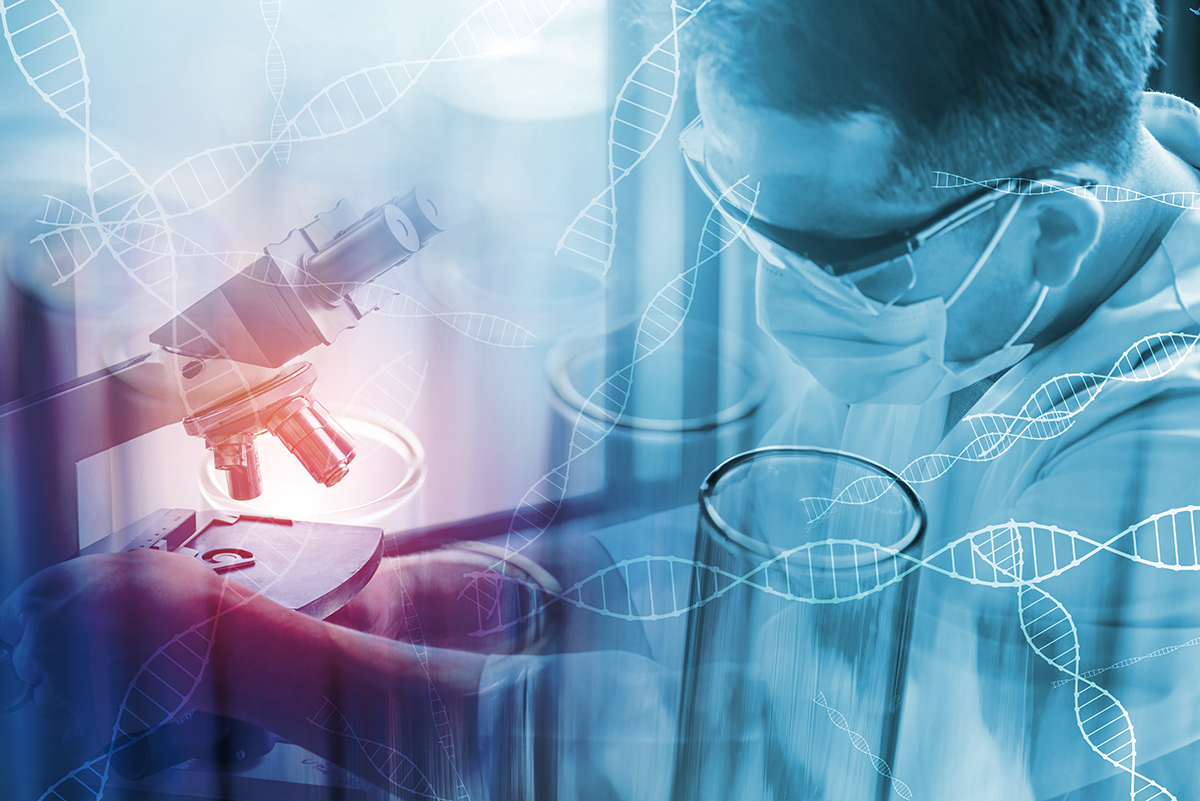 Doing so involved recruiting extra staff and investing in an advanced piece of machinery. The company has also been preparing to open a new unit to run tests in the occupational hazards field – taking samples from employees who work around dangerous fumes or materials to make sure there is not too much of a build-up of the toxins in their bodies.

“We invested a lot of money to do this testing, and we recruited suitable staff. We’ve also invested in an electron microscope, which will help with the diagnosis of many diseases,” Saeed explains.

Yet another investment in digital pathology has allowed Al Borg’s pathologists to share and review slides with other experts around the world in order to collect various opinions from peers. Where customers in Saudi Arabia once relied on foreign labs to do genetic testing, Al Borg’s new gene sequencing capabilities now mean they can offer a much faster and affordable gene testing service to local customers.

Saeed counts himself extremely fortunate to be working in such a fast-paced, high-tech field among talented peers. “Working at Al Borg has been one of the most important opportunities of my life,” he says. “I love my staff – they are great and I’m proud of them. I’m so lucky to be here.” 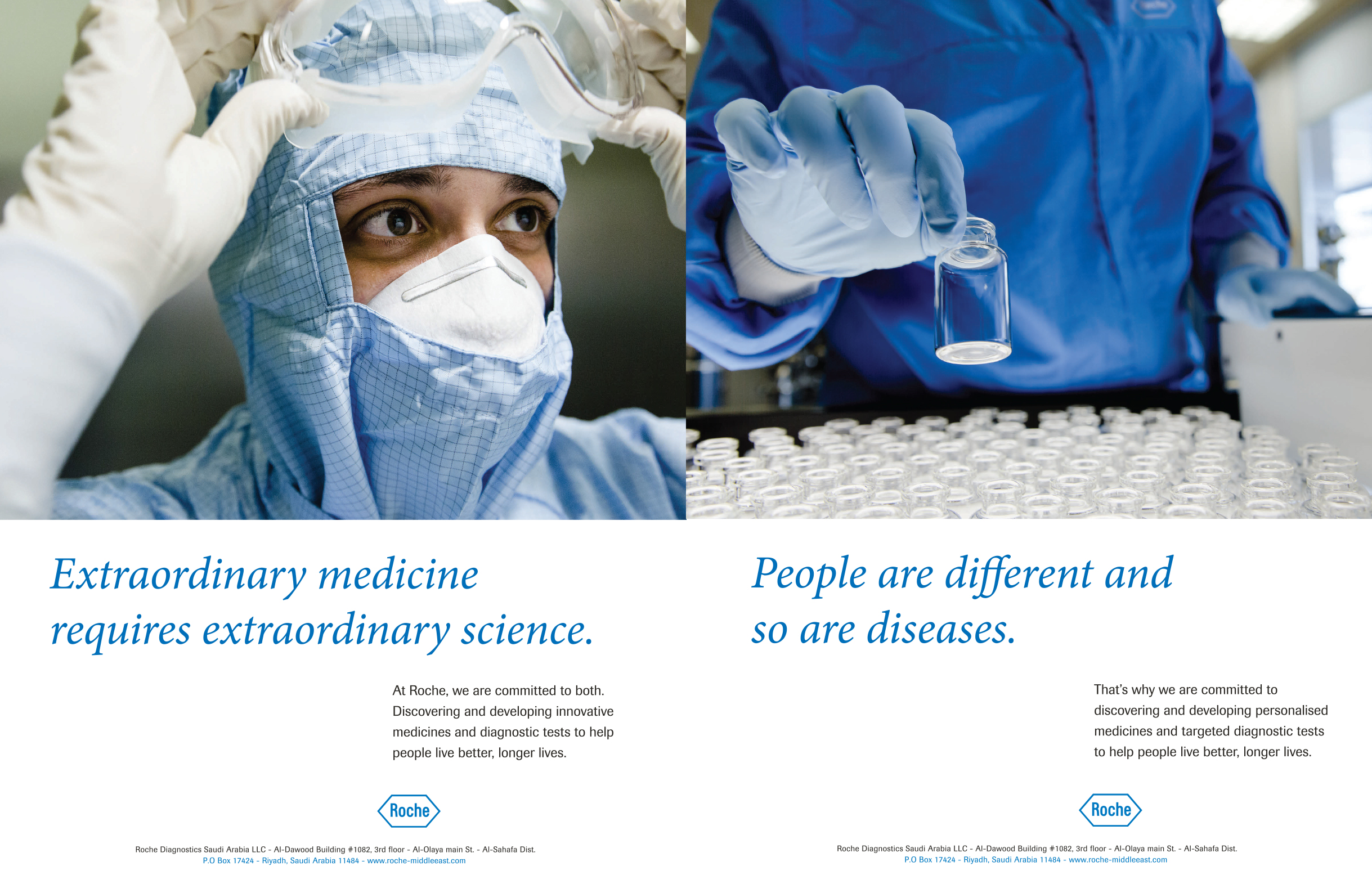