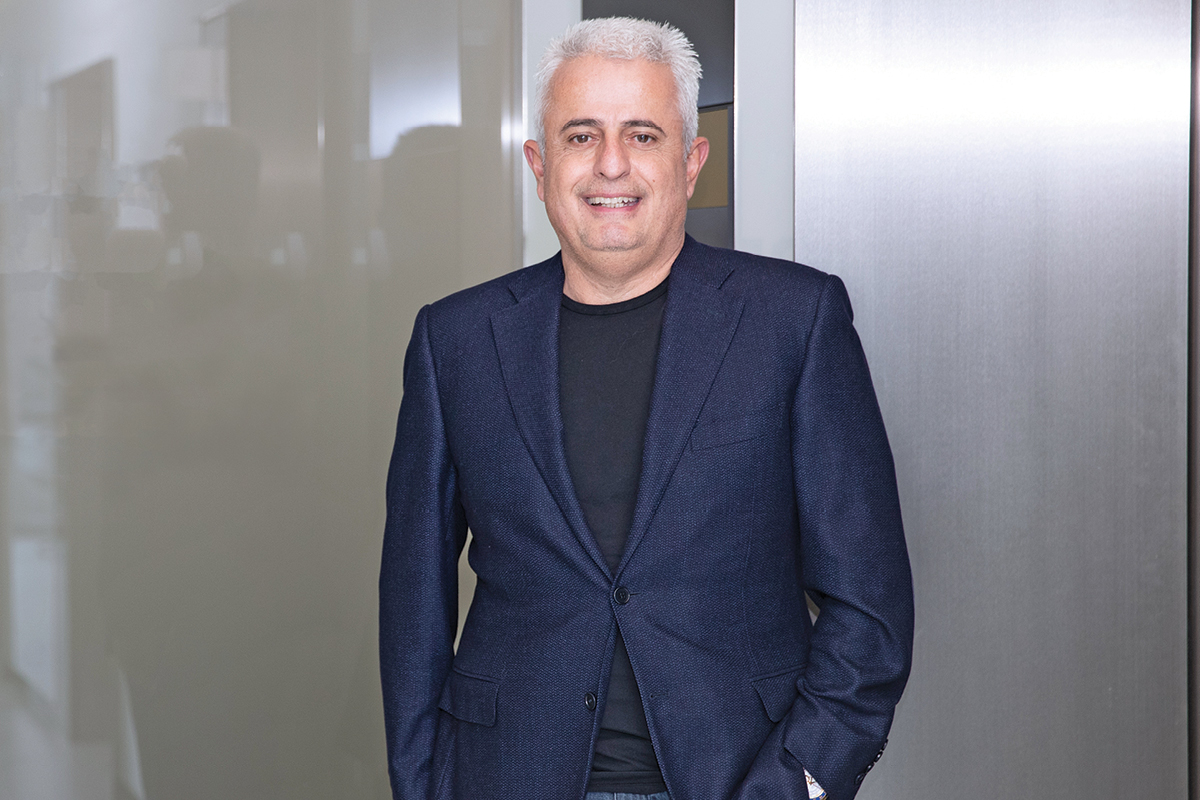 Dr George Syrmalis, Group CEO of The iQ Group Global, displays a sincere adherence to pragmatic values. Heading up a group comprising several companies dedicated to the biosciences, providing a turnkey solution spanning venture capital and investment banking, through to research, development, commercialisation and sales, George creates a mindset and an environment that prioritises innovation. He speaks with The CEO Magazine at a particularly exciting time for the Group.

A proposed relocation to the US means that the Group will be able to list two of its companies on the Nasdaq Stock Market: iQnovate Ltd, currently listed on the National Stock Exchange (IQN) and Glucose Biosensor Greater China-GBSG. iQnovate is a bioscience intellectual property asset manager and GBSG is the Greater China region licensee of the Glucose Biosensor, the world’s first non-invasive glucose monitoring test, intended to be used by people afflicted by diabetes.

The biosensor monitors glucose in saliva instead of blood, saving patients of multiple finger pricks per year. The Group has acquired this IP from the University of Newcastle and continues to develop it with the same team that invented it. “It was time to consolidate our companies, and we decided that the US presented a much bigger market opportunity than the ASX,” George says. “American institutional investors are considerably more sophisticated than the local institutions, which avoid biosciences as much as they can.”

Given this development, George is eager to speak about the biosensor. Currently, the device measures glucose levels in an individual’s saliva. “What this means is that if you’re a diabetic, rather than finger-pricking up to eight times a day, you’ll be able to place the biosensor on your tongue,” he explains. “It will detect the glucose in saliva and then, through a smartphone, provide a measurement.”

The Group also has plans to put the technology to use beyond measuring glucose. “We have initiated pilot research, which has yielded positive preliminary results,” George says. “And now we’re proceeding with full-scale development of the biosensor for other tests, including immunological, biochemical and hormone tests, as well as tests for communicable diseases.” The plan is to transform the biosensor into a self-diagnostic tool, offering immediate results instead of patients having to endure a sometimes-agonising wait of anywhere from five days to two weeks.

Confidence in The iQ Group Global’s activities, and in the technology and products it’s developing, underpins George’s attitude towards leadership. He believes that his role is to create a landscape that enables ideas, creativity and innovation to flourish. “I like to encourage other people to make decisions, so I will create the infrastructure and the framework for them to be able to do so,” he says. “A Group CEO is much more responsible for creating a strong culture and philosophy than for creating a strategy.”

George is keenly aware of the limitations of strategy in this context. “A strategy will get you places, but once that objective has been met, the actual strategy becomes obsolete,” he says. “Well-crafted strategies are road maps to places where you’ll have a competitive advantage and generate value for the entire group, but not all of them necessarily lead to new sources of competitive advantage.” 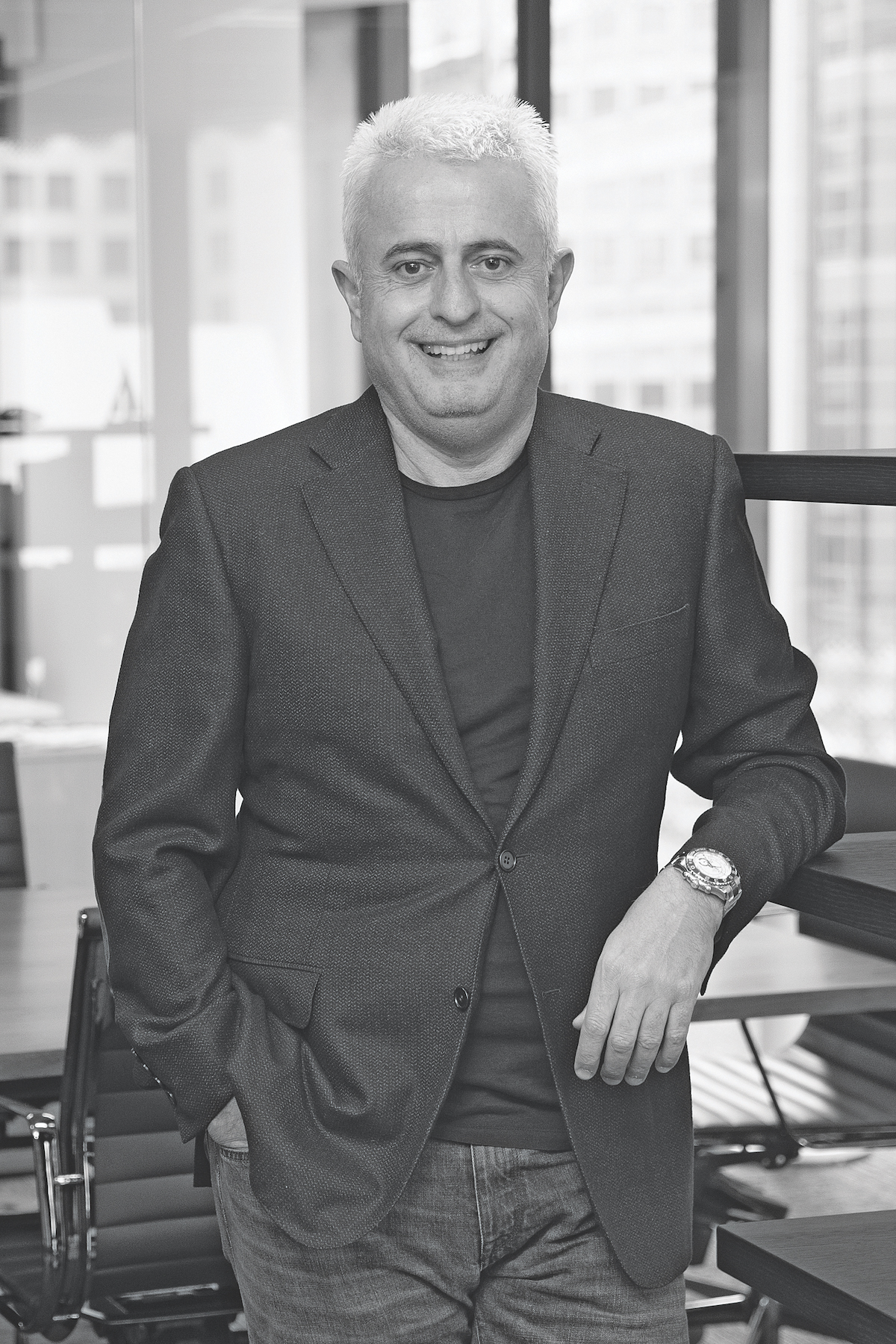 All about competitive advantage

As a leader, George also establishes the tone and the values of the company, and communicates these to employees and stakeholders. Five years ago, the company consisted of three people; these days, the number is closer to 200, with individuals bringing a broad range of skills.

“We amalgamate,” he says. “You’ll find, around the same table, physicians, scientists, engineers, accountants. There are many hats; you’ll even find stockbrokers, and they’re all looking at the same piece of intellectual property.”

This mixture gives rise to a multitude of perspectives, but it also means that it’s not the right fit for everyone. “Some people need certainty,” George says. “They need to be able to see results, or deliverables, every day. In biotech, it doesn’t work like that, so some people get cold feet and they leave.” George’s commitment to fostering innovation among those who stay partly takes shape as an ongoing belief in simplicity. “This enables our people to focus on what matters most and to do exciting things in their work,” he says.

George admits that his own passion for what he does drives him to turn up for work at 3.30am every day and stay there until 10pm. “I absolutely love it, and I wouldn’t have it any other way,” he says. “I don’t think anybody who does not love what they’re doing can do it successfully.” The biggest challenge of George’s career perhaps marks the moment in which he fully realised an inchoate sense of the primacy of pragmatism.

In the mid-1990s, he was working in Europe, having established a company focusing on radioimmunotherapeutics. “Six or seven years into this venture, I had to make a decision regarding whether to reformulate the current underpinning technology of our therapeutic platform and apply it to point-of-care diagnostics instead,” George recalls. “I had to make the call as to whether we continue with our drug development program or we transfer this antibody technology into diagnostics. When we did enter the market, we did it with the diagnostics: a much more tangible and practical proposition than the therapeutics.”

A battle for change

A rational decision, this move created revenue for the company, making it profitable. But it was also something of an “emotional-versus-logical battle”. “As a scientist and clinician, you set out to develop three new compounds into pharmaceuticals. You have the advantage of a platform technology that enables you to synthesise proteins, antibodies and applications in therapeutic and diagnostic modalities, but you suddenly realise that you’ll have to create something less prestigious than a pharmaceutical,” George says.

“Of course, these diagnostics address unmet medical needs, and they make people’s lives easier and healthier, but as a scientist, you want to be doing difficult things, solving seemingly unsolvable problems, and that was a problem we didn’t solve towards, therapeutic, but rather towards a portfolio of point-of-care diagnostic tests, some of which are self tests.

“On the other hand, reality makes you prioritise obligations that need to be met. Stakeholders need to realise their expectations and as a CEO you need to strategically balance both sides and ensure corporate financial objectives are met in parallel to fulfilling your mission.” Dilemmas like these are ever-present in George’s line of work, and part of his role is striking a balance between them.

“Science and research require one to be realistic and pragmatic,” he says. “But you also need to be aspirational; it requires brutal realism at the same time as it requires a bit of romanticism. Innovation is not systematic, nor is it predictable. Leading innovation requires incredible patience and incredible impatience at the same time as it requires optimism and this absolute, brutal realism. The people who work in our teams need to have that mindset.” To that end, the company has a qualified in-house psychologist who is the Group’s performance coach, and ensures that all its people are in the best shape to deliver peak results.

George delineates the difference between science that impresses on a theoretical level and science that works on a practical level. “You could have massive innovation that, at a scientific level, fascinates many people and gives insight into our micro or nano world,” he says. “But if it does very little for the patient, it’s useless.”

George’s commitment to changing the lives of patients around the world will propel The iQ Group Global into 2019 – a new year that will build on the momentum that the Group has gained during the past seven years, since its inception. 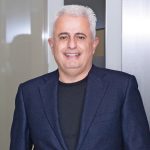