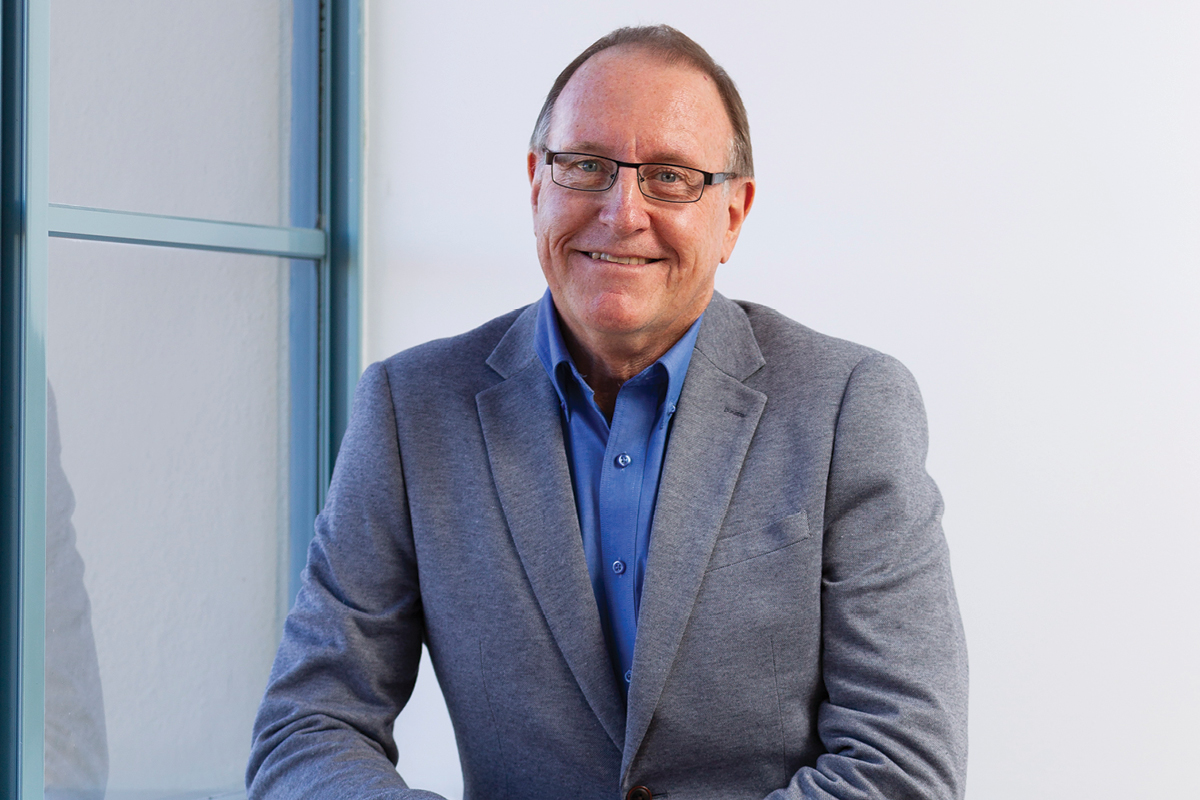 When a Royal Commission is established focusing on your industry, you can either approach with caution or welcome it with open arms. SwanCare’s Graham Francis chose to do the latter. “I see the Royal Commission as being a much-needed opportunity for the industry, in a number of ways. It’s obviously highlighted some of the challenges and issues that aged care is facing in terms of its financial viability and funding,” Graham says.

“I’m also hoping it will encourage a more positive outlook on aged care, particularly in terms of training and development. We want to see aged care represented as being a really positive career path for a lot of younger people. I’m hoping that there will be some positive messages coming out from the Royal Commission in that regard. I’m also hoping that it identifies providers that may not be meeting the requirements in terms of quality of care and I think it will assist them in questioning whether they should remain in the sector.”

Graham’s passion for aged care is apparent, though he hasn’t always worked in the sector; he started out as an accountant. “Yes, I’ve had an incredibly diverse career,” he laughs. “I was working for Alcoa as a graduate accountant and then headed up north to the Pilbara where I transitioned to working for the state government – I was the first employee of the Dampier Port Authority and had a beautiful office overlooking Mermaid Strait, it was just lovely. I spent seven years in the Pilbara and met some very interesting characters, to say the least.

“The North West is just great and my time there taught me not to take anyone for granted and to respect everybody. It also taught me about people engagement, which has helped me enormously throughout my career. You don’t know it at the time but when you look back at your career, and your life, you can see how all your experiences have added up to making you who you are today.”

After his stint in the Pilbara, Graham made the move back to his home city of Perth and began his career in aged care, first with local government. “I started working for a local council as its business development manager as well as looking after finance and corporate services. They were one of a handful of local governments that actually had aged care facilities, both retirement living and nursing homes, at the time. That piqued my interest,” he says.

“I see the Royal Commission as being a much-needed opportunity for the industry.”

“I could see it was an industry that had some challenges but I also recognised that it had a really interesting upside in terms of potential. Plus, working with people is something that I have always enjoyed.

“Then I saw an opportunity to move into aged care full-time, which is when I moved over to SwanCare. I started in business development and then three years later I was promoted to CEO. That was 12 years ago.” There’s no doubt that over the past 20 years aged care has evolved, and not just because the Royal Commission says it has to. Gone are the days of the ‘old people’s home’; today it’s all about retirement communities – of which SwanCare’s sprawling 15-hectare estate is one.

Based in Perth, SwanCare sits on the largest single site in Western Australia and is home to three aged care centres and a retirement community. It’s the epitome of retirement living.

“Aged care today is really about providing a homelike environment. It’s all about wellness, client service and focusing on the individual. It’s moving away from the old idea of parents being left in a nursing home or retirement village and is now all about inclusion. It’s about creating an environment where people can carry on living their life and doing everything they would normally do but in a protective and secure community-based setting,” Graham says.

“We’re finding that there needs to be a lot more focus on wellness and how we can enrich people’s lives when they move in with us. It’s about making their experiences exciting.”

The site currently has 780 people living in the retirement village, which means they are living independently. On top of that there are almost 300 people living in what are referred to as ‘nursing homes’. Graham is keen to stress the importance of having both options on the same site.

“As a society we’re living longer, which is wonderful, but it means the aged care system has had to shift its focus. The care needed in our nursing homes means that they’re almost functioning like sub-acute hospitals in some respects. There’s a need for care to be delivered to residents with high-end dementia as well as care for residents that need intensive palliation,” he says.

“This kind of care requires skilled staff, which probably wasn’t seen as a priority a few years ago but it’s very difficult to operate a care facility without a clinical nurse specialist and someone with a really high-end understanding of clinical needs. So these ‘nursing homes’ are becoming like small hospitals, really.”

“As a society we’re living longer, which is wonderful, but it means the aged care system has had to shift its focus.”

This need for highly skilled specialists encouraged Graham to think outside the box and build a successful partnership with Curtin University – Western Australia’s largest university. “We’re only a stone’s throw from Curtin Uni and in 2016 they opened a medical school. We saw that as an opportunity to start partnering up with the graduate doctors coming through. It means we can enlighten them about how aged care is a really interesting, diverse and rewarding area to work in,” he says. 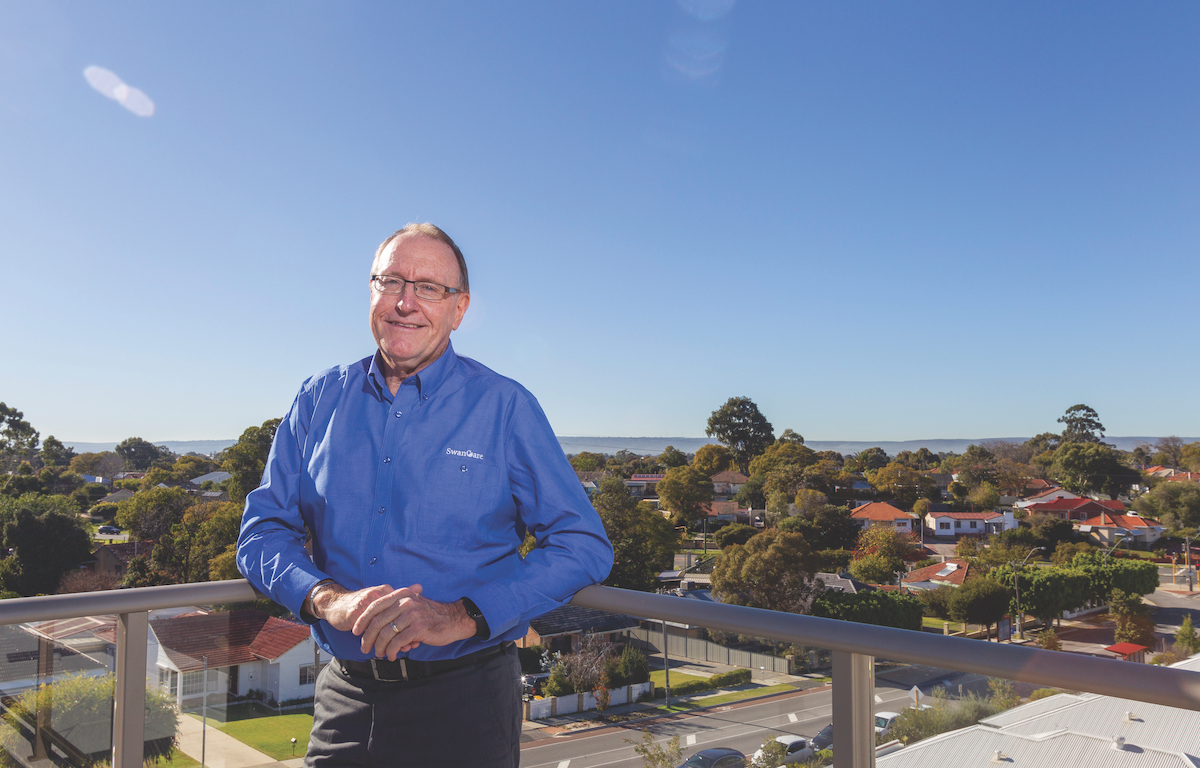 “We want to show the students at Curtin that there’s a way to establish a relationship with the elderly, learn a little bit about growing older and understand what the challenges are. We’re three years in and currently have between 40 and 50 graduate doctors working with our residents.”

This intergenerational project acts like a buddy system where young doctors are paired with residents. They spend time learning about ageing, the challenges faced by the elderly and the different ways to care for people. It’s been such a success that the program was recently awarded top spot in the 2019 WA Aged & Community Services Australia Awards for advancing the skills of future doctors and nurses.

The program sits alongside work Graham and his team are doing with graduate nurses from Notre Dame University, where they offer a full year of employment under a postgraduate program within SwanCare’s facilities. They also run something similar with Curtin University and its physiotherapy students.

“Working with the younger generation is something we’re keen to promote,” says Graham. “It’s not only helping us change the perception of aged care, it’s also helping us to plan for the future.”

Graham’s a big believer in future-proofing and feels that it’s important to keep adapting in order to successfully move forward. “I’ve been CEO of SwanCare for 12 years and I don’t think we’ve ever stopped building and adapting the site,” he says.

“We’re now starting to cater for the baby boomer market. They want the units they’re moving into, in terms of the retirement side of it, to feel open and bright and breezy and have all the mod cons like wi-fi access and large entertainment balconies.

“We’re also upgrading what we call our wellness and resident amenities. We’ve recently just knocked over an old recreation hall and rebuilt a two-storey wellness and lifestyle facility, which incorporates an indoor heated pool, a gymnasium and a yoga/Pilates studio. There’s also a library, a computer zone, and a large resident lounge – we’re always building to cater for the future.”

When asked when he’s moving in, he laughs and says, “I’ve just turned 60 so I’ve got a bit of time, but I do look at the apartments here and think, ‘Yeah, I could live here,’ which is only a good sign. When I know I could be comfortable living here then I know I’m on the right track.” 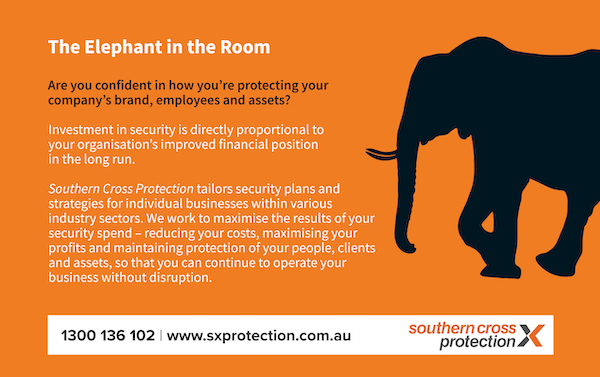 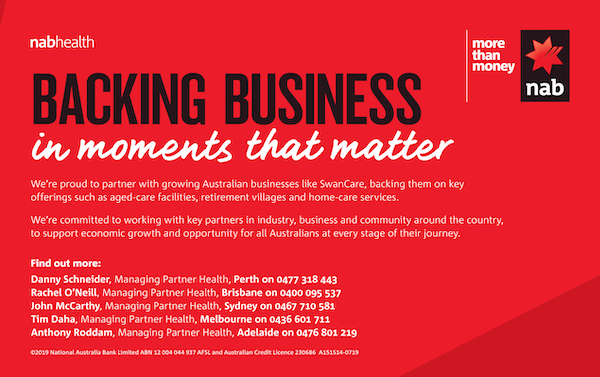 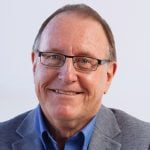