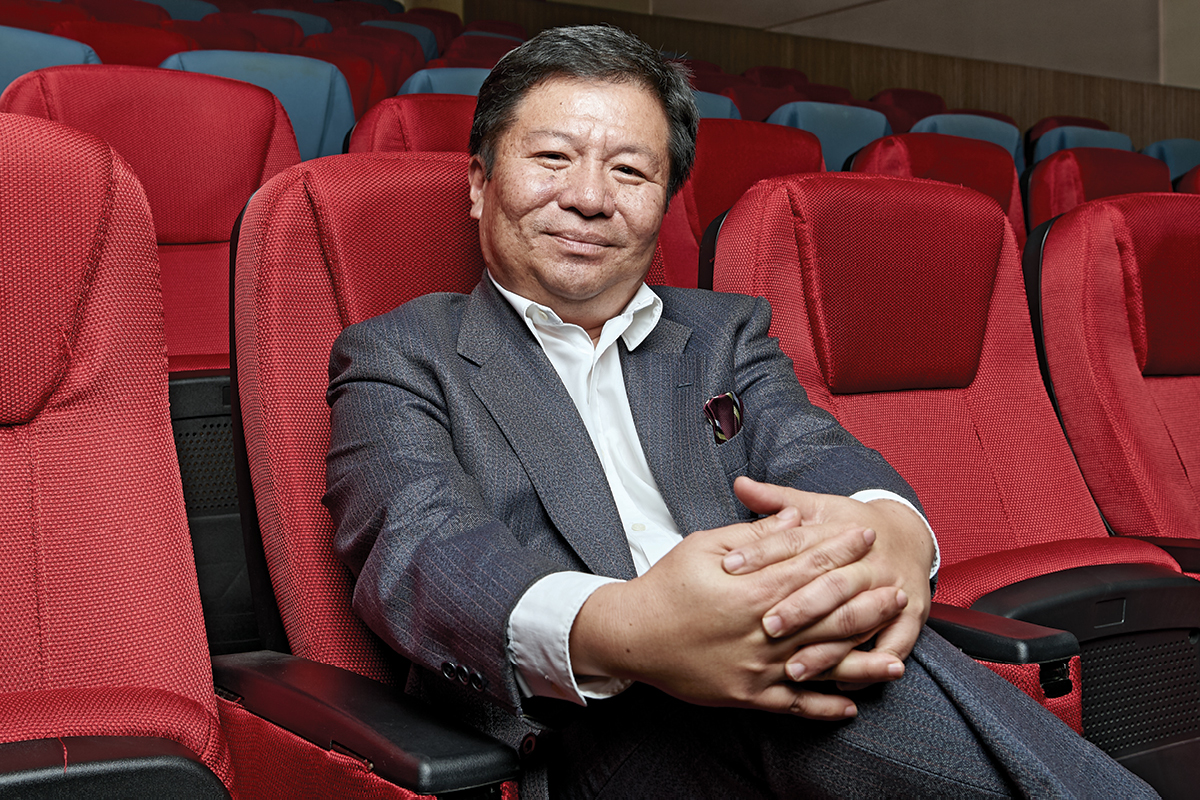 At first glance, vascular surgery and leading a hospital of 5,000 staff with a budget of RM400 million (US$96 million) don’t appear to have much in common. But for Hanafiah Harunarashid, his time as a surgeon has prepared him for his role as Managing Director of Hospital Canselor Tuanku Muhriz (HCTM), UKM Medical Centre.

“Surgeons have to be meticulous. They have to plan things properly, take responsibility and make hard decisions,” he says. “For example, if a patient has a dead leg, you have to do an amputation to save them. Similarly, in management, sometimes you have to make a difficult decision, which might be an unpopular decision, to get results.”

Furthermore, a surgeon needs to be able to work with the anaesthetist. They need to pay attention to detail, need proper equipment and be able to work in a team environment. “There is a hierarchy of working,” Hanafiah explains.

“You cannot have everybody trying to operate at the same time. You have a team leader, whom everybody has to follow, and a small mistake can lead to big disasters. That does not mean that other team members have no say at all. Good communication is the key,” he says.

“If you use that same principle, management is the same thing. I need a good team. I need everybody to understand what they are doing. You need to make difficult decisions, plan properly and, if you fail, things can go wrong.”

The hospital sees about 800,000 patients a year and does more than 20,000 operations. Hanafiah’s vision is to not only ensure Malaysia’s health care competes on the international stage but also to make sure that HCTM becomes the preferred hospital in the country, so that whenever people are considering where to get treatment, HCTM is the first place that comes to mind.

“To achieve this, I must make sure employees are happy because, when employees are happy, I believe they will stay motivated,” Hanafiah says. “They will go the extra mile and give the best service, which will translate to the quality of service they give to our patients.”

Hanafiah is a big advocate of teamwork and respect. “I believe in establishing mutual trust with everybody within the team. Every single person in the team is as important as the other. I believe that sharing my leadership philosophy will help the team to develop an understanding of what I expect from them,” he says.

“I believe in establishing mutual trust with everybody within the team. Every single person in the team is as important as the other.”

“I believe these principles will allow me to positively impact the lives of those around me. If you are a good leader, you don’t have to boss people around; people will want to do things for you. They will make sure they achieve success and, together, we share that success.”

Leading by setting positive examples is another one of Hanafiah’s goals. “I have to find ways to improve the office culture and create a positive working environment,” he says. “There must be integrity and loyalty in the company, and a reward system as well.” 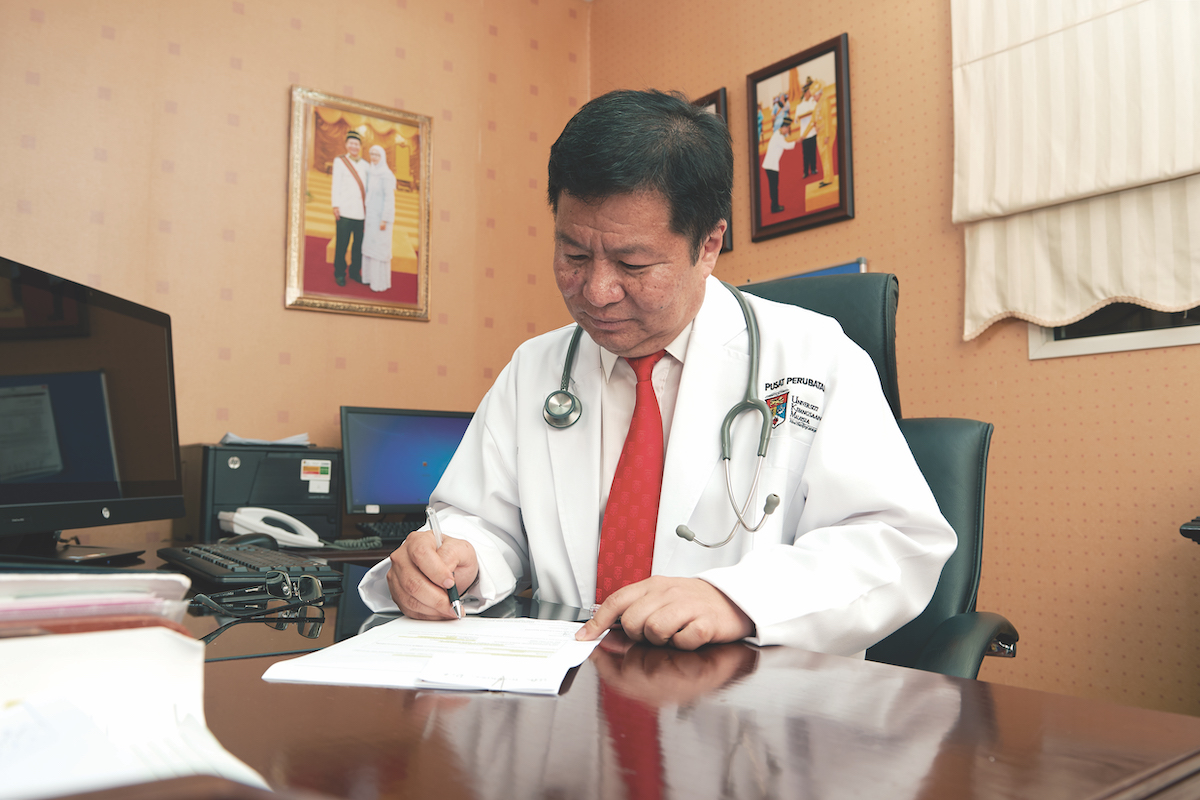 HCTM has a tagline: ‘Better, faster and friendlier’, with patients always at the heart of what they do. “We must do better services, faster services, friendlier services,” Hanafiah says. “We have the same goal.”

When Hanafiah became director in 2017, HCTM was going through a difficult time due to significant structural change. There was one person, a combination of director and dean, taking the lead of the faculty and hospital – the job was too big.

“There was a split. Then new governance was set up where they combined the whole thing under one umbrella called the Kuala Lumpur Health Campus,” he says.

“We had to work together under this new umbrella. I was tasked with uplifting HCTM. At the same time, there was also leadership change at the university following the general election, hence we were waiting for the new policy and directives. We have to match what they want to do because we are a government hospital. Despite those challenges, I’m glad we have survived. I hope we will continue to survive.”

When posed with the question of why he entered the medical sector, Hanafiah says thoughtfully, “That’s a very good question.” After a pause, he continues, “The truth is, before I entered medicine I did not know I wanted to do medicine. I got offered a scholarship so I took it. Luckily, I liked it.”

Hanafiah found that he shared the passions and desires of others in the medical sector. “I had a desire to understand the human body and use this knowledge to ease the burden of the unwell. It sounds like a cliche, but I think it is a noble profession. Everyone needs a doctor during good times and bad times. It is something I enjoy doing. Whenever I treat patients, see the patient get well and see the smiling faces of the family, it gives me great satisfaction. But I would not have known that until I got into medicine.”

When Hanafiah is not working, he enjoys cooking, gardening and taking care of his father’s Mercedes. Laughing, he says, “Whenever anybody walks past the hospital, they ask, ‘Whose car is this?’ It’s a lovely 1960s car.”

No matter your endeavour – whether it’s studying at university, performing surgery or leading a team – Hanafiah stresses that it’s essential to keep your feet on the ground. “Be humble and know where you come from,” he says.

“I always believe that we should start small and build on that strength so that it lasts. What’s important is that it must last; success must last.”

The other piece of advice he likes to share came from the Dean of Asean Sheffield Medical School where Hanafiah was once a clinical lecturer, who said: “You have to start small and build on your strengths.”

“I always believe that we should start small and build on that strength so that it lasts. What’s important is that it must last; success must last.”