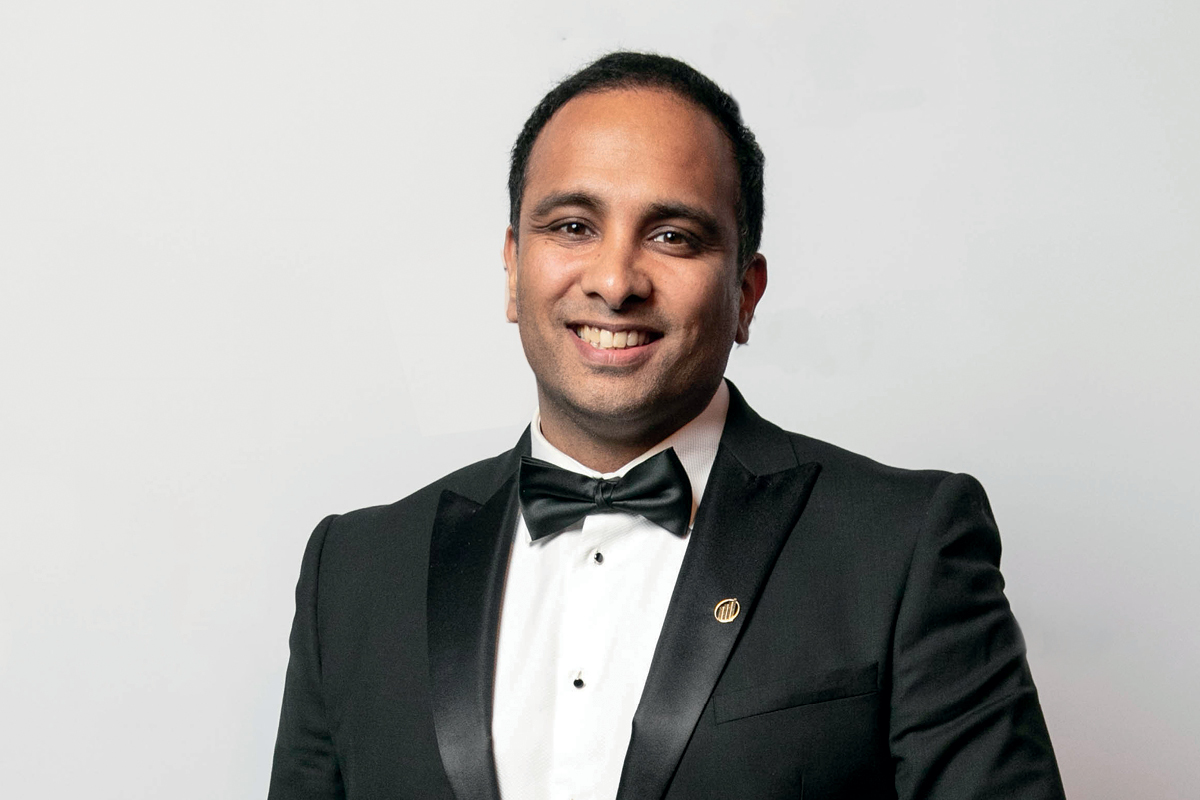 One day, when he was 16, Imran Hakim started his first job at a McDonald’s in his native North West England. It was a sensible move for the eldest child of Indian immigrants who came to the UK with less than a pound to their name.

By entering the workforce, even in such a humble position, Imran sought to honour his parents’ years of toil and sacrifice. Three days later, however, he was fired. “I was sacked for being an awkward bugger,” Imran recalls, chuckling.

“I always had my own way of doing things, and I questioned why everything always had to be done a certain way just because the rule book said so. “I learned a very important lesson about myself that day, which was that I am entirely unemployable. I realised that if I wanted to achieve something in life, knowing my character of being a bit stubborn, I would need to make my own decisions and stand by them, no matter the outcome.”

Imran was poised for a headlong dash into the world of entrepreneurship. But first, at his parents’ behest, he was expected to attend university.

When he arrived at the University of Manchester, Imran visited an eye clinic when his mother had an eye problem. It was there that the optometrist told him that if he wanted to own his own business one day, he should study optometry.

Imran took the optometrist’s advice and decided to pursue a degree in optometry and vision science. Throughout university, Imran nurtured his entrepreneurial spirit by buying and selling computers.

When he graduated, he used a £2,000 (€2,221) loan from his father to set up his own optometry practice. But after six months in the business, he began to doubt his decision.

“I didn’t make a single penny,” he recalls. Imran decided to change his strategy. When a local optometrist with a more profitable practice and an established customer base opted to sell his business and retire, Imran swooped in to buy it.

By combining his entrepreneurial experience with the momentum of his newly acquired practice, he was able to make the business much more profitable at a rapid pace.

“I learned an important lesson, which was that in the saturated optical retail marketplace, it’s very hard to start from scratch,” he says.

“However, there’s a lot of opportunity in many established businesses that have been around for 30, 40, 50 years and have become stagnant, to reinvigorate. Taking those on and breathing in new life and re-energising them was a much faster way to create something of scale.”

That initial acquisition laid the foundation for Hakim Group, which today operates around 150 optometry practices in five countries and employs more than 1,000 people. The group’s defining feature is its respect for the individual character of each business it acquires.

Hakim Group offers practitioners the ability to run their own business with the freedom normally enjoyed by independents, while simultaneously providing them with the rigour and back-office support that gives the multiples a competitive edge. This hybrid approach ensures that each practice benefits from the best opportunities – a smarter way of running an independent practice and a true win–win situation for business owners and patients alike.

Each location, many of which have been around for generations, maintains its existing aesthetic and ways of engaging with customers. “We let our local practice partner focus on the most important thing, which is the customer, making sure they have a great experience, the best service and the best products. In the background, we do the heavy lifting, like accounting, finance, HR, marketing, digital, supply chain – things that are less important to the customer,” Imran says.

“This has been a winning formula and the basis upon which we’ve continued to grow and scale over the past decade.”

Bullish toward the future

Hakim Group’s success gave Imran the confidence to branch out into other sectors, like online retail and IT. In 2007, he even managed to secure investments through the BBC program Dragon’s Den for iTeddy, an edutainment teddy bear invented by Imran that went on to become one of the best-selling toys that year.

However, what puts a smile on his face today is knowing that he is not the only person benefiting from the businesses he has built. In 2018, The Sunday Times recognised Hakim Group as the best small company to work for in the UK.

“We have always focused on trying to be a great place to work,” Imran says. “We’re effective, we’re agile, we’re innovative. We’re not afraid of getting things wrong, and we encourage people to experiment. Everything starts with honesty and transparency.”

Looking forward, Imran sees a more informed, more demanding customer base as one of the most significant challenges for optometrists in the 21st century. With expectations piling onto each optometrist’s plate, more businesses would benefit from Hakim Group’s consolidation of bureaucracy.

“Our business model is well placed as a platform to help fantastic practices and fantastic clinicians who just want some support and help with the heavy lifting without having to compromise their independence and bespoke level of care,” he says.

“This is why I tend to be very bullish when I look towards the next decade. It’s because I know we have a winning model.”