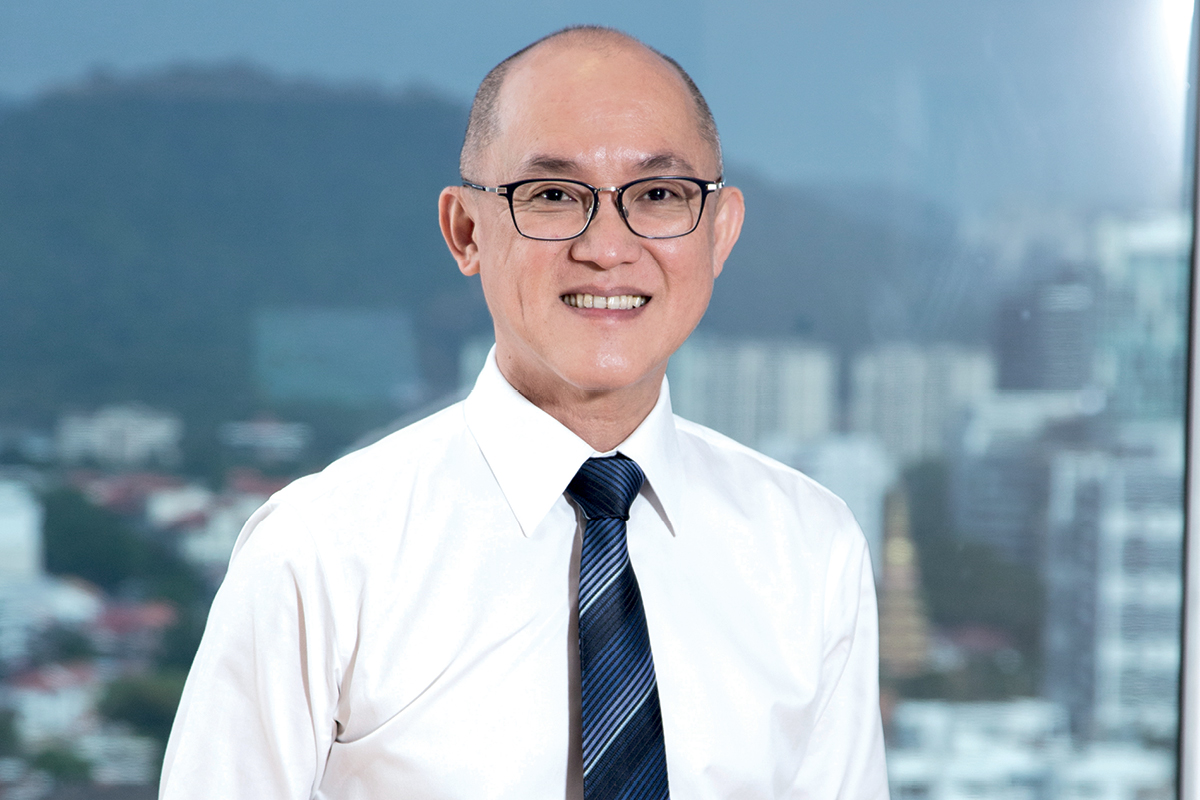 Malaysia is one of the most popular destinations in the world for medical tourism, where people travel to another country to receive medical treatments. In 2016,

Malaysia hosted more than 921,000 medical tourists, and recorded a 23% rise in its medical travel industry when compared with 2015. Malaysia’s popularity in this sector is due to its high level of medical expertise in both private and public health care, and the provision of relatively affordable services. For international travellers, it has the added benefits of cheaper airfares and accommodation, good public transport and a reputation for high-quality customer service.

Malaysia has been named International Medical Travel Journal’s Destination of the Year three times in a row, 2015–17, with two of its biggest healthcare travel hubs being Kuala Lumpur and the state of Penang.

And it is on Penang Island, that the Gleneagles Penang private hospital came to life. Gleneagles Penang CEO Ivan Loh began his career as a chartered accountant before taking up a position at the medical centre in 1996. He recalls that the business was very small at the time, and people were just starting to purchase health insurance. But a change was on the horizon.

“In 1996, we started seeing Indonesians coming over to Malaysia to seek treatment,” Ivan tells The CEO Magazine. “So it was the right time for me to join; first, because of the increase in insurance awareness and second due to the rise in medical tourism to Malaysia, particularly to Penang. Now we are seeing a 30–40% increase in terms of medical tourism and it’s a very good opportunity.”

The idea of Gleneagles Penang began nearly half a century ago, sparked by some of the state’s prominent businessmen who saw the need for a private hospital on the island. These men had all been under the care of senior medical consultants at Penang General Hospital at various times in their lives. So when they learned that these specialists, who were some of the best in their profession, were going to be transferred out of state, they became concerned that the people of Penang could no longer access their services.

So the businessmen banded together to invite four of the practitioners to start a private practice. The idea was initially met with reluctance by the four. The consultants were hesitant to leave government practice where they had served for a collective 70 years. Moreover, at the time, private medical centres were a new concept and the specialists doubted if the public would be willing to pay for private health care in the depressed economic climate. But they finally agreed and, in 1971, the Cantonment Medical Specialist Centre was formed.

A few months later, the centre’s name was changed to Pulau Pinang Clinic. The next phase was to open the physical centre, which was planned to be located in a rented bungalow. But during its renovation, the building caught fire and the lease was cancelled. Luckily, the incident turned out for the best as the newly formed business decided to acquire one hectare of land to build its new medical centre.

In 1973, the Penang Medical Centre (PMC) was officially opened, starting its life as a three-storey building with 70 beds. At the time, it provided a range of medical services including general medicine, general surgery, anaesthesia, radiology, and obstetrics and gynaecology.

PMC quickly gained prominence in the state’s healthcare industry, with a rapid increase in patients and staff. By 1975, three more floors were added to the building. In 1977, the centre further expanded its range of specialist services to include ophthalmology, paediatrics, orthopaedics and neurosurgery.

In 1989, the majority share of the company was acquired by Gleneagles International, a subsidiary of one of the largest private healthcare groups in Asia, Parkway Pantai. PMC’s name later changed to Gleneagles Penang. Over the years, the hospital continued to grow and, in 2013, added a 19-storey hospital block. The new building was fitted with upgraded facilities including 80 consultation suites, 10 operating theatres and two digital operating rooms. Now Gleneagles Penang has more than 360 beds, 80 medical consultants and 900 employees.

“We used to see all kinds of cases, but over the past five to seven years, we have moved our focus to more complex cases, especially in oncology, cardiology and orthopaedics,” says Ivan. “So we started to develop our capabilities both in terms of hardware and software.

“Hardware is comparatively the easier part – identifying and getting in all the relevant topnotch technology and equipment like the 3T MRI scanner, 640-slice CT scanner and a neuro-microscope that links to a computer navigational system for neuro surgery and so on. The more challenging part is the recruitment of top specialist doctors in all relevant fields.”

“For example, to provide a comprehensive oncology centre, Gleneagles Penang has attracted and recruited top specialist doctors including a neurosurgeon who specialises in brain tumours, dedicated female breast surgeon who performs only breast procedures, head and neck surgeon to treat head and neck cancer, chest physician who specialises in thoracic cancer, gynaecological oncologist, colorectal surgeon, US Board certified surgical oncologist, three clinical oncologists, two haematologists, and so on.” Gleneagles Penang prides itself on a culture that is geared towards patient safety and care. “Patient safety and the clinical outcome is number one in this hospital,” says Ivan. “I count myself lucky to be able to work in this industry because, to me, it provides true meaning and purpose. We save lives. We heal the sick and injured. I seldom talk to my team about financials because I believe that once you are good at what you do, the financial results will come automatically.”

“I believe that once you are good at what you’re doing, the financial results will come automatically.”

While the hospital invests in all the latest medical technology, Ivan says being able to provide high-quality patient care is due to the company’s emphasis on people management. “Without the people, the equipment and protocols will not work,” he says. “We are very balanced in terms of the development of technology, equipment and processes, but my focus is always on people. We focus a lot on people management. We start with recruitment and picking the right people. Then we go on to positioning, putting the right people in the right role; then we develop them.

“I believe that in leadership, you need to lead the people, not just manage them. A leader needs to see the overall vision, set the direction and lead the team towards it to achieve the results. And the measure of that is in the clinical results, which are most important to a hospital. Financial results are another consideration.”

“You need to lead the people, not just manage them.”

Ivan warns, however, that if you just produce results and don’t develop your team, you will affect the long-term prosperity of the business. As the company grows, you need more leaders. And Ivan likes to focus very much on people development to ensure the second tier of leaders can be promoted over time and continue the culture.

Ivan further notes that one of his favourite parts of being CEO is being able to see his staff grow and develop in the business. He sees this as passing on the knowledge he has, so people can continue to be developed and eventually take on roles with more responsibility. Another way Gleneagles Penang ensures high-quality patient care is through maintaining accreditation. Since 2016, Gleneagles Penang has been accredited by Joint Commission International for achieving international quality standards for patient care and organisational management.

Gleneagles Penang has a strong focus on giving back to the community, and supports several initiatives throughout the year. During each festive season, it holds events to help the less fortunate, including Make-A-Wish programs or celebrating Christmas in orphanages.

One of its largest programs is Heart to Heart, which provides surgery for children with congenital heart disease. Gleneagles Penang has been running this program for the past 10 years.

“And the hospital not only funds these surgeries, but we also create awareness and open up the opportunity for everyone else in the community to participate. We partner with NGOs and other donors for about two-thirds of our sponsored surgeries.”

Gleneagles Penang’s parent company Parkway Pantai has been in operation for more than 40 years. It is a subsidiary of the Malaysian-Singaporean private healthcare group IHH Healthcare Berhad and includes the hospital and clinic brands Gleneagles, Mount Elizabeth, Pantai and Parkway.

Parkway Pantai operates more than 6,000 beds in six countries worldwide. Its major markets are Singapore, Malaysia and India, with a growing reach in Hong Kong and China. In Malaysia alone, it operates 14 hospitals.

One of the biggest obstacles Gleneagles Penang is facing is getting more medical staff. It’s a universal issue, Ivan says. “Nurses are in short supply in Malaysia and I think it’s because of our weaker currency and pay structure. We have a lot of nurses from Malaysia leaving for other places like Singapore, the US and the Middle East.

“We did so well in our intensive care unit and coronary care unit that one of the paediatric cardiac hospitals in the Middle East poached our staff, so they now have almost a full team of our former staff working there.”

But despite these movements, Ivan is hopeful of the opportunities in the medical industry’s future. “There is a challenge to get the numbers but we know that there’s huge potential in medical tourism.”

And rightly so. The MHTC estimates 1.2 million medical tourists will arrive in Malaysia by 2020, which will bring approximately RM10 billion to the country. With most of these travellers expected to come from Vietnam, China, Indonesia and India, it will be only a matter of time before there is further growth at Gleneagles Penang. 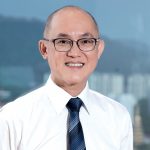