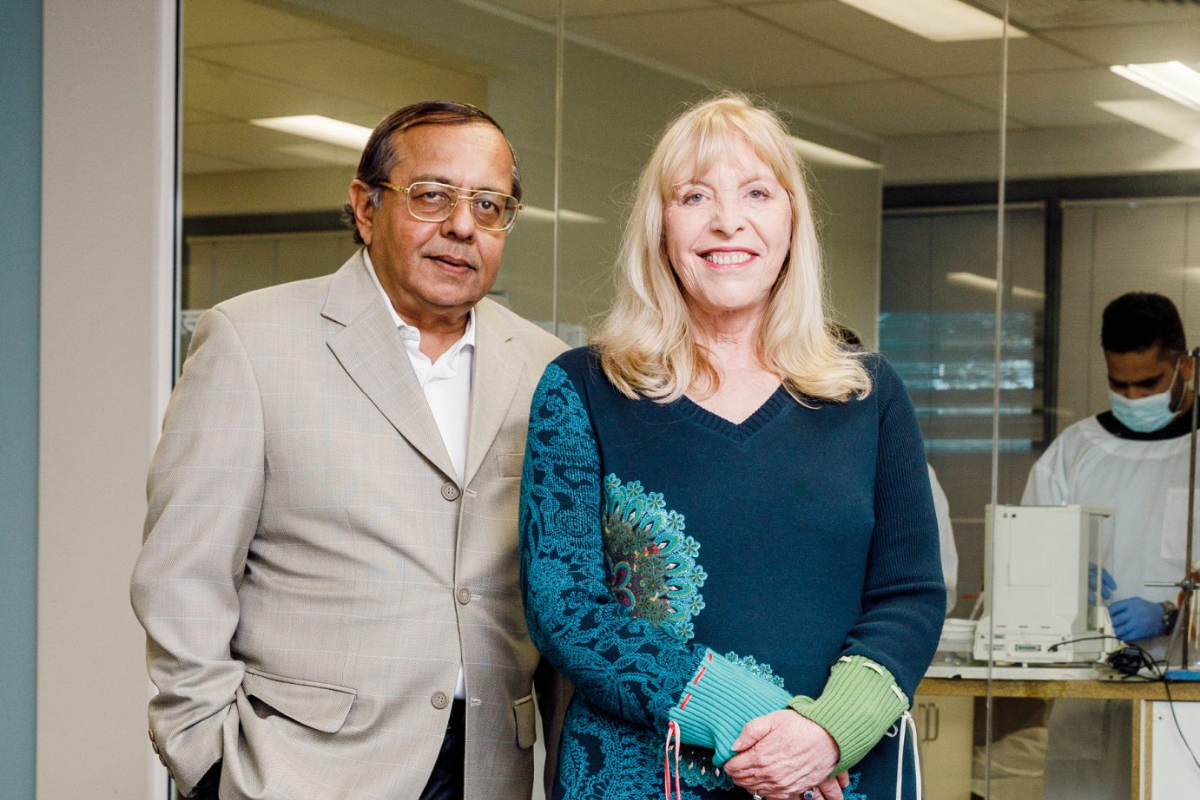 The battle against cancer has brought out the best in the biopharmaceutical industry. The disease’s resilience and ruthlessness has prompted unconventional, outside-the-box thinking from the sector’s top minds. Often, cancer treatments are revolutionary, the product of massive, innovative scientific breakthroughs.

Sometimes, however, possible solutions present themselves from an unexpected source. In 2001, Jennifer MacDiarmid and Himanshu Brahmbhatt were scientists working on vaccine programs for the CSIRO’s Division of Animal Health when a young technician in their lab developed terminal lung cancer.

“He had never smoked,” Jennifer says. “That’s when we realised that rather than working on diseases in livestock, our technologies could be adapted for cancer treatment and gene therapy.”

Emboldened by their theory, the pair began raising seed funds to set up a laboratory of their own. “It took nine months to raise our first funds,” Himanshu says. “We built a lab with the help of friends and family and, with a team of six scientists, made the first milestone of genetically engineering bacteria to produce our proprietary nanocells.”

The idea that the nanocells could be used to directly target cancer cells by delivering payloads of cytotoxic drugs or functional siRNA and miRNA molecules became the basis of EnGeneIC, an Australian biotechnology company with more than 400 patents recruited to trials so far, and counting. Their EnGeneIC Dream Vector (EDV) nanocell platform provides a world-first: cyto-immunotherapy. 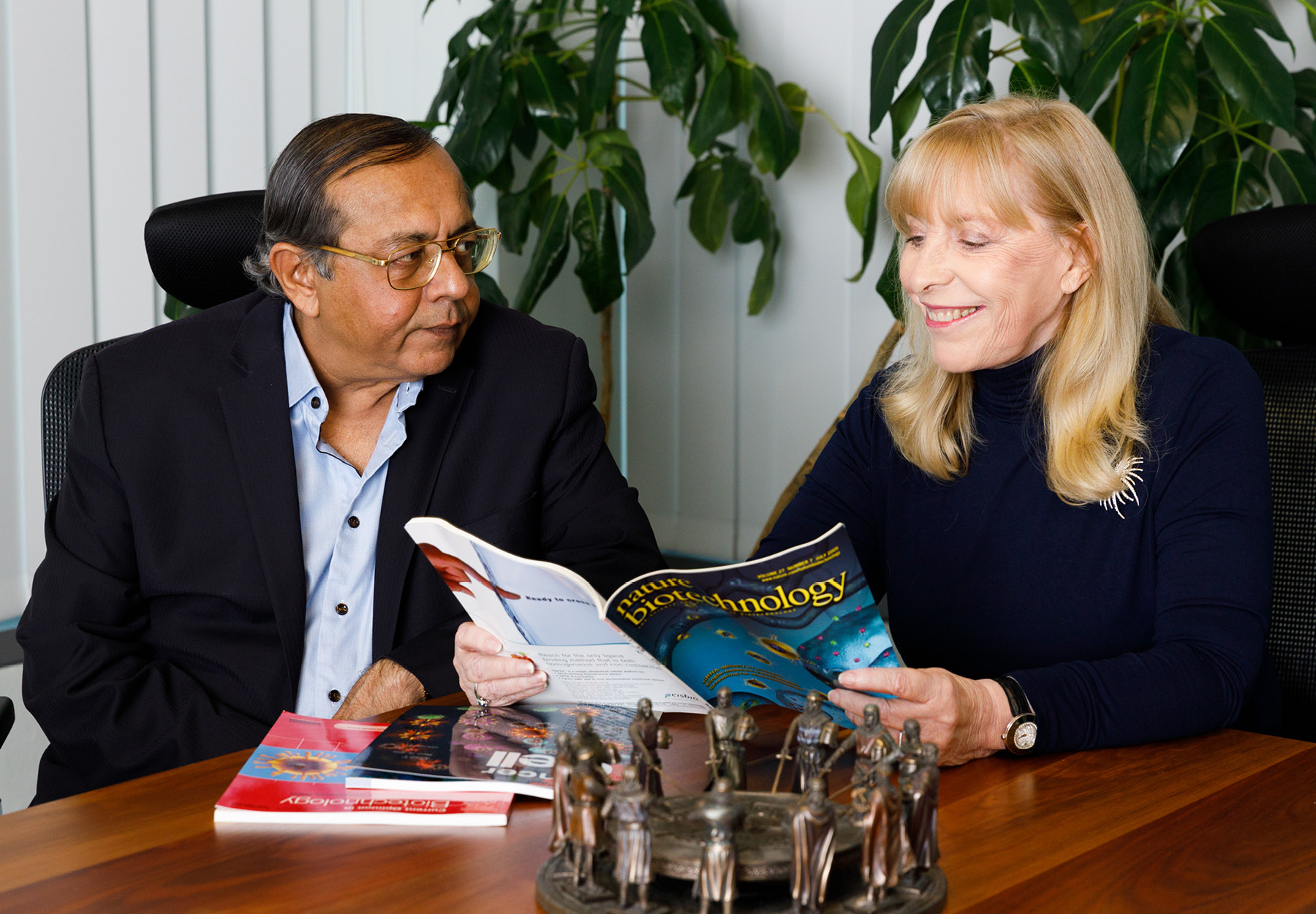 EDV is exceeding our wildest dreams in its therapeutic potential for a number of verticals, such as cancer and infectious diseases. – Jennifer MacDiarmid

“EDV is exceeding our wildest dreams in its therapeutic potential for a number of verticals, such as cancer and infectious diseases,” Jennifer says. “It’s completely unique in its ability to deliver a payload as well as stimulate an immune response. That sets us apart from all other nanotechnology.”

Himanshu agrees. “We’ve literally fallen off our chairs with the surprises it’s given us,” he says. “For more than 60 years, there’s been a concept that there can be a magic bullet against cancer, that you just have to go and kill cancer cells. What our data began to show is that you can never really achieve this because the cancer cells will always evade and change.”

Instead, EnGeneIC’s research has illustrated a need to redirect focus to the immune system, he explains. “If you train the immune system to recognise cancer cells, then the patient’s own immune cells can take them out.”

And the results are shockingly fast. Joint CEOs Jennifer and Himanshu say their work has left the scientific and medical communities speechless. “We’re pulling people out of palliative care when they’ve got weeks to live,” Himanshu says. “People still don’t get how it can be true, but we’ve just published the whole novel pathway of how the cyto-immunotherapy is achieved. You start the game by killing cancer cells and the immunotherapy aspect finishes it.”

The company’s pioneering work has made EnGeneIC an employer of value. “A lot of young people just out of university knock on our door to get a job,” Himanshu says. “They come to us with a passion to be at the forefront where research will actually help people in desperate situations.”

Research has ramped up in recent times, with the EDV platform showing promising results against COVID-19. “We’ve been hard at work on inventing a COVID EDV vaccine, which is already proving effective against all the strains,” Jennifer says. “I think we’ve been fairly one-tracked with our idea, which is to make EDV as robust and as fabulous and as multifaceted as possible, and we’ve never wavered from that.” 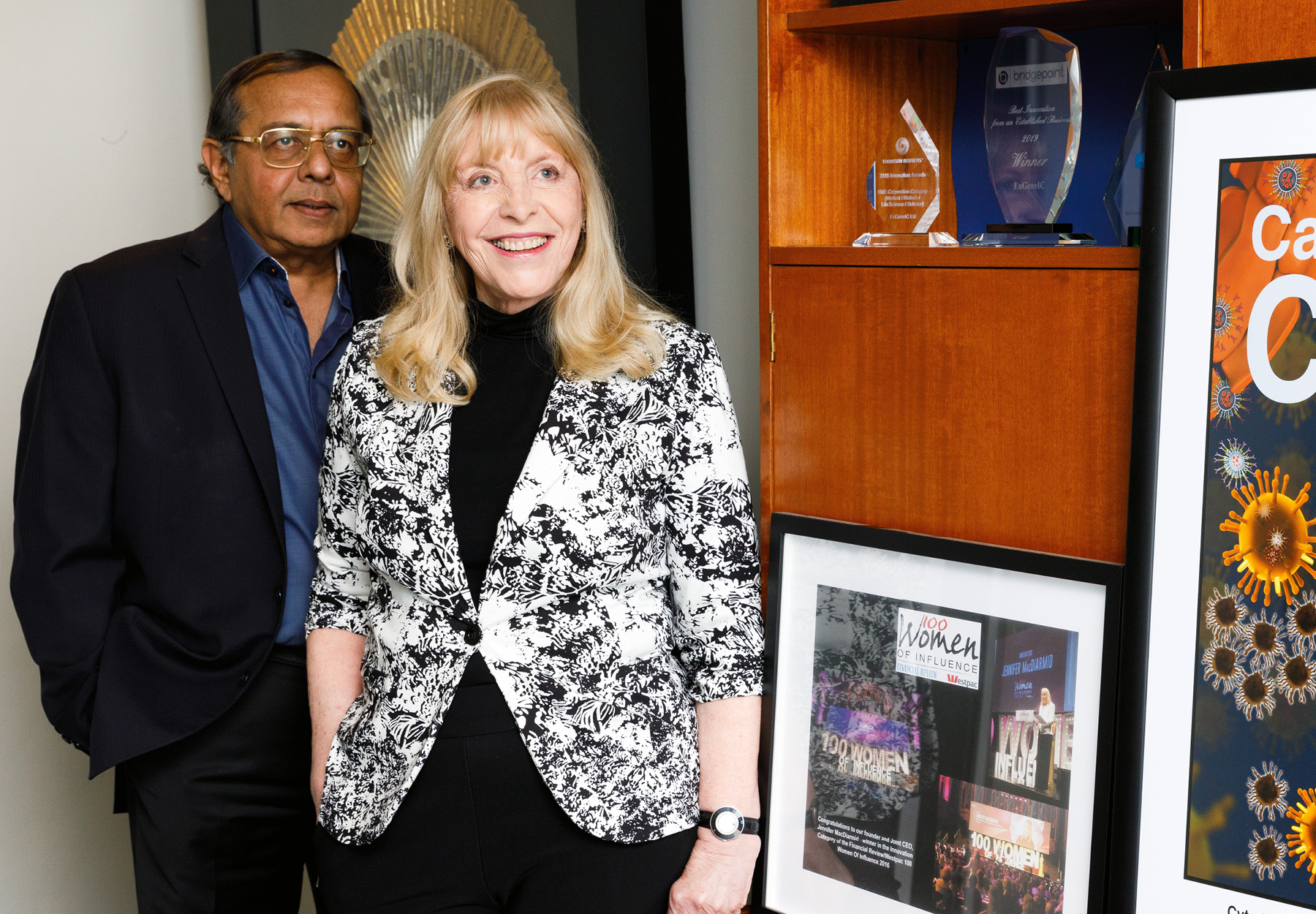 If you train the immune system to recognise cancer cells, then the patient’s own immune cells can take them out. – Himanshu Brahmbhatt

The platform has also attracted investors keen to get on the ground floor of the next big thing in biopharma. “Himanshu and I have been in fundraising mode for the last two years,” Jennifer says. “We’ve learned we’re the only people who can raise money since we know the story best and it’s not simple. But investors always want to talk to us.”

Currently, EnGeneIC is negotiating a deal with a big US biotech firm, which Jennifer and Himanshu hope will take the company to the next level. “We’ve worked hard to drive value for a stellar public listing,” Himanshu says. “This US deal would propel us towards a commercial outcome and shareholder returns.”

Working with technology that has never been deployed in the clinic has been a tough call, and developing that technology even more so. As EnGeneIC continues down the path less travelled, Jennifer says the secret to managing the weight of it is being open and available. “We’re both consultative and make joint decisions,” she says.

“We both share the same vision,” Himanshu adds. “It’s important to believe in yourself and to not let naysayers sway you from your true path.”