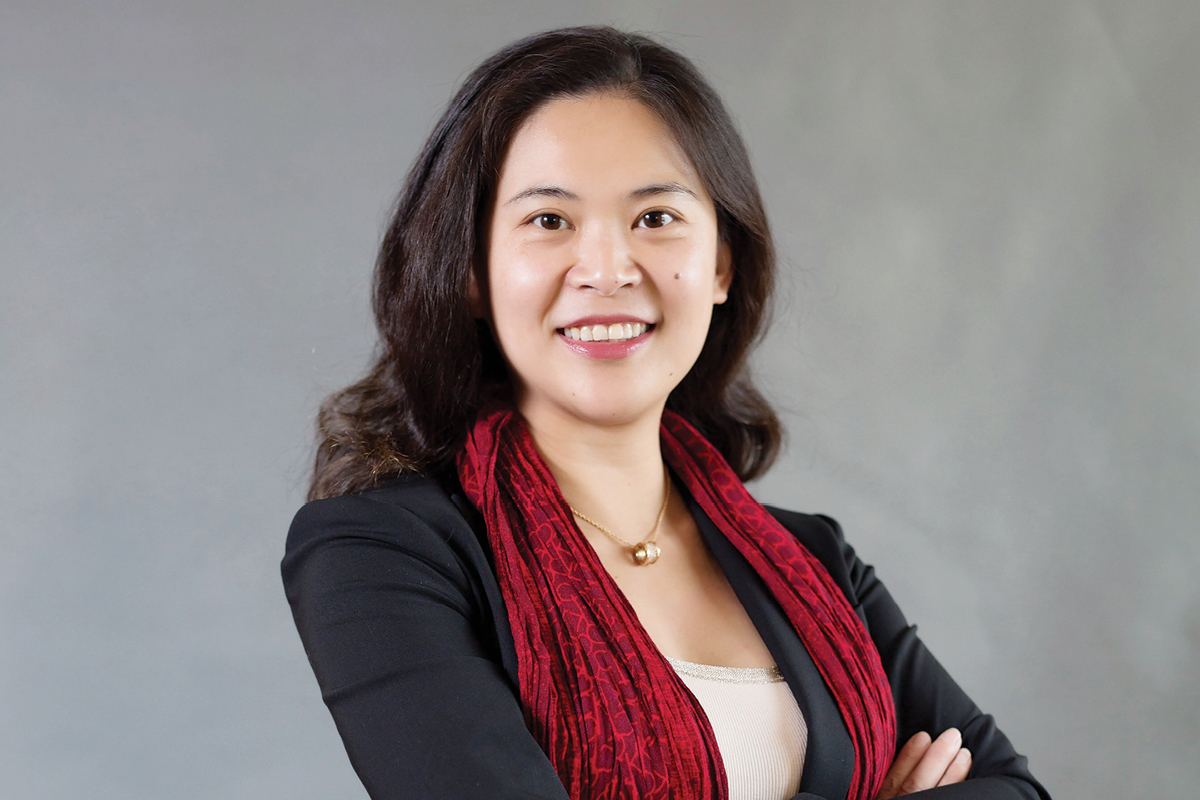 Reflecting on her career so far, Jessie Lian describes it as rather simple. She joined Johnson & Johnson as a management trainee straight out of university and over the course of 10 years rotated through the business, learning about each of the numerous departments along the way.

“I learned so much as I worked my way around the business,” she says. “And then, in 2015, I was working as Acting Project Integration Leader when Cardinal Health acquired Johnson & Johnson Cordis. I was then approached by Cardinal Health and given the opportunity to take the role as General Manager at Cardinal Health, China.”

Jessie jumped at the opportunity to play such a pivotal role in a new organisation. While she’s only been in the role for four years, Jessie’s main focus has been to build up a team and look for Chinese business opportunities. “Cardinal Health is committed to making everyone’s life better,” she explains.

“The priority of the business is always the patient, and I see my role as being the person who helps deliver a level of care and value to the Chinese market. We want to be able to help Chinese people receive high-quality treatment at an affordable price.”

“The priority of the business is always the patient, and I see my role as being the person who helps to deliver a level of care and value to the Chinese market.”

While humble about her successful career, Jessie is openly proud of her role with Cardinal Health and talks highly of the operational excellence of the company.

“The company’s HQ is in North America and, over the past decades, it has been able to penetrate almost 75% of hospitals in the region,” she says. “That’s an incredible rate for the industry, however, we’re just starting out in China.

“What that means is that we, as a team, are focused on structuring the foundation of the business. We’ve come a long way in only four years and have become not only more effective but also more cost efficient.”

Jessie and her team have worked hard to navigate China’s complex medical business ecosystem. “The key, we found, is to be patient,” she says. “Negotiating the market and its regulations is hard, but once you find the right partners and the most suitable products for the market then the opportunity out there is tremendous.”

To bring that high-quality, sustainable and cost-effective product to market, Jessie has been working closely with local partners as well as spending time in research and development.

“Innovation is our key to success, but so is the right distribution strategy,” she says. “It’s why we’ve also been spending a lot of time actively searching for local distribution partners who can help Cardinal Health strengthen its regional footprint in China. We don’t manufacture in China; instead we work closely with local partners to strengthen our product lines.

“As a business, we’re always looking for partners who can provide and produce the best-quality product while still being aligned with core values. There are so many excellent Chinese suppliers who can develop good products but don’t have the resources to distribute. So we’re always looking at ways to collaborate with others and share our networks.”

Jessie firmly believes that sitting alongside the importance of the right partners, the best distribution and moving forward to a global R&D process is the most vital part of a business’s success – the team.

“People are the most important part of a company’s growth,” she says. “Products and services aren’t valuable if they’re not delivered by the right people in the right way. The best piece of advice I’ve ever been given was to find the right people to do the right things.

“I’m now focused on talent retention and employee engagement and ensuring that we all have the same mission as the company; which is summarised by the phrase: ‘Diversified and inclusive: you own your own career path.’”