Seeing into the future: Jörg Ehmer 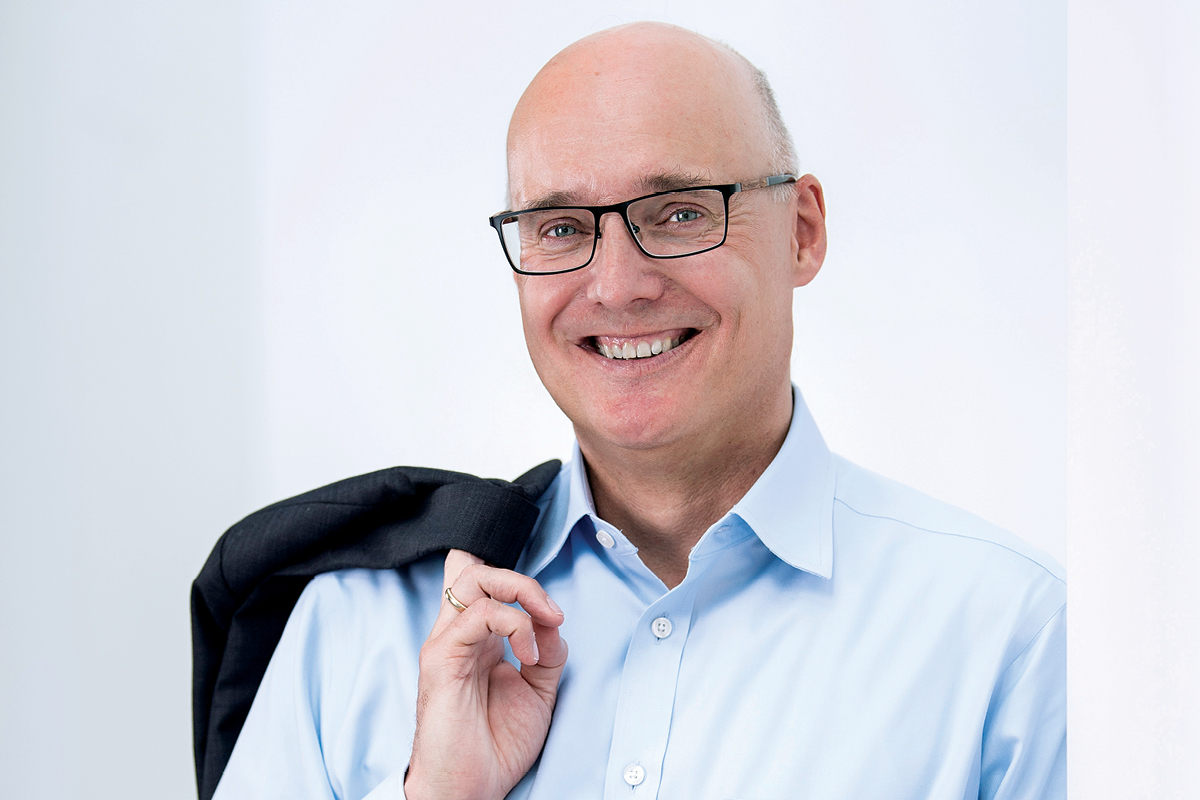 While it’s surprising to hear Jörg Ehmer is a lawyer, it does explain a little about the CEO’s natural ability to command attention. Particularly when it comes to having an opinion.The head of Apollo Optik became one of Germany’s few executive bloggers in 2012 as CEO of ElectronicPartner Handel. He continued airing his thoughts online after leaving the company a year later on a year-long sabbatical, also sharing his personal experiences on family and travel, including a motorbike ride across northern India.

Today, whether it’s about equal pay for women, environmental protection, youth, or business challenges, Jörg has a lot to say. It’s probably the combative lawyer side to him emerging, while his appetite for publicly circulating his views stems from crossing over to the ‘dark side’ of sales.

Jörg joined optics world leader GrandVision in July 2014, embarking on an induction into the industry, before taking over the helm at Apollo Optik. His role incorporates other GrandVision brands, including Robin Look in eastern Germany and Pearle in Austria. He is also a member of the board of directors for the company’s Indian operations.

Apollo offers a wide range of computer or workplace goggles, reading glasses, sunglasses and progressive lenses, most of them home brands, with smaller ranges of others such as Luxottica and Safilo also available. However, coming from a background in telecommunications and electronics, Jörg was surprised to discover the optical industry was years behind in retail services.

“It’s all still pretty analogue and fragmented,” he explains. “The transaction share of online business in the German market is somewhere in the mid-single digits – obviously very low when compared with other industries. The entire business model of a lot of opticians, the mom-and-pop stores, is not digital and doesn’t even allow for digitalisation. If they have a website it’s just a window with an address and a general list of products, no detail nor prices.

“But digital is where we need to be. It has introduced transparency, where everything can be compared by the customer. Non-transparent business models have no future.”

Jörg points out that Germany’s optical stores fail by not offering customers choice. “You enter a store, have an eye check, are offered a frame or two, and then the price is calculated,” he says.

In contrast, Apollo offers self-service flexibility, with customers able to choose their frames and lens according to their budget, either in-store or online, before their eye check. Appointments can also be made online and glasses delivered, or sent to local stores.

“Of course, once you’ve received your spectacles, you will probably need to have the frame fitted to your face,” Jörg says. “But the basic functions of an omnichannel are there. There’s still a lot of room for improvement, but at least we have everything available online that allows the customer to browse, research and purchase. That’s a very strong difference from many of our competitors. If you look to the purely online players in other sectors of retail and how perfectly they treat the customers it’s clear to see this is changing the entire retail environment. Yes, it’s the biggest challenge operationally but, by far, a stronger integration of store and online service is the key to future success.” 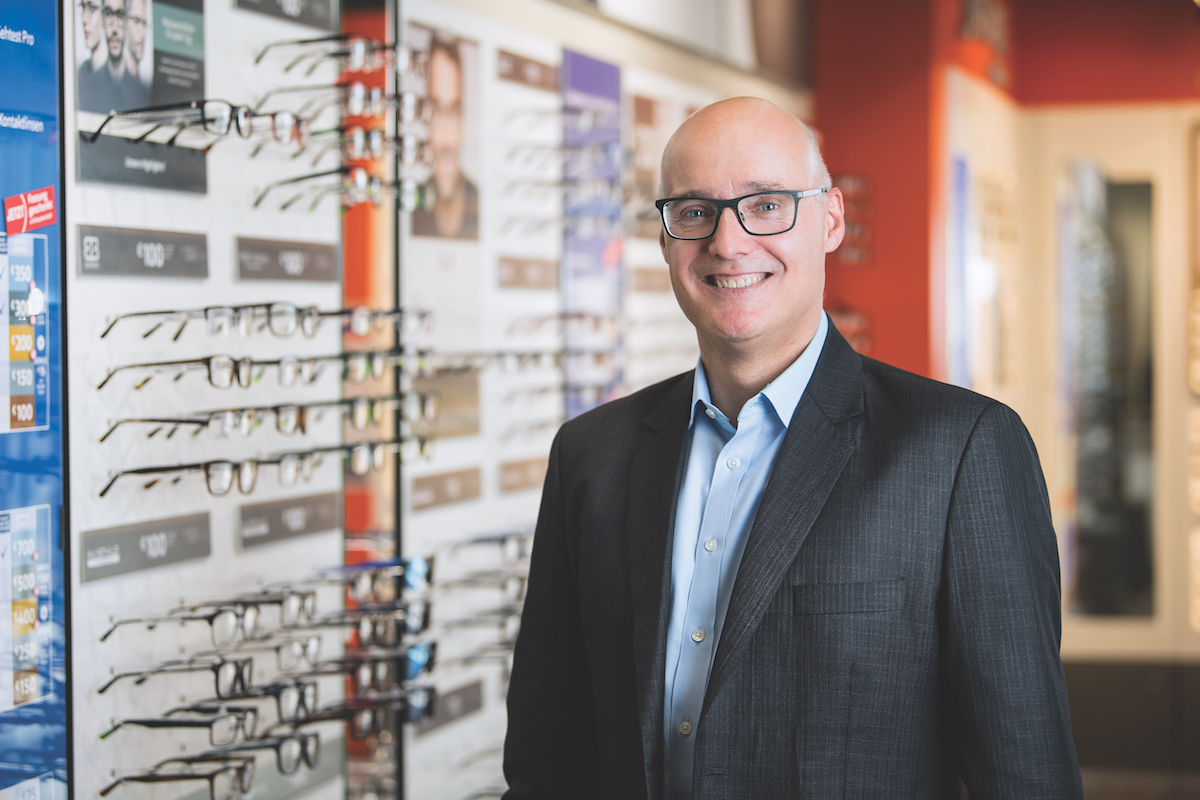 While Jörg’s digital background is driving the company into the future, it’s his natural flair for communication that is encouraging Apollo Optik to engage with customers at a different level.

Rather than merely a satisfied customer, he wants a ‘delighted’ one. “It has to be about more than just satisfying the customer. That’s outdated. You need to seal the deal with a perfectly happy customer who leaves the store and wants to share the experience with friends. The customer needs to be amazed and delighted by their entire journey with us.”

“It has to be about more than just satisfying the customer. That’s outdated.”

To produce this result, Jörg has transformed customer service within Apollo’s 800-plus stores. Traditionally, as a regulated industry in Germany and Austria, optical stores have been operated by a master optician and a team of opticians.

“These stores are not so much retail stores as craftsmanship stores,” Jörg explains. “When I looked into this industry before I joined, I recognised all of these very nice, niche stores had a lot of staff, but they didn’t get you to seal the deal. Many of them were more interested in working with the products and not with the customers.

“That’s where my experience from retail and other industries kicked in. The dynamics of the staff needed to change and real retailers needed to be brought in. We had to combine the two skills, those of the opticians and those who could offer a sales pitch.”

The store network is expanding, with the number of stores reaching 1,000 this quarter in Germany and Austria. And with online services providing a full range and the ability of suppliers to deliver quickly, the need for larger stores is diminishing.

“The customer is not willing to travel far, so we need more stores closer to the customer. We have the highest density of stores in Germany and the average size has been reduced significantly to not much more than 100 square metres – that’s all we need with our products visible online. It’s all about making it easier and much more inspiring and delighting for the customer – that’s what will drive business.” 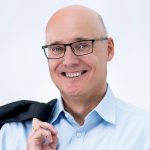