“Every nurse is a leader.”: Kylie Ward 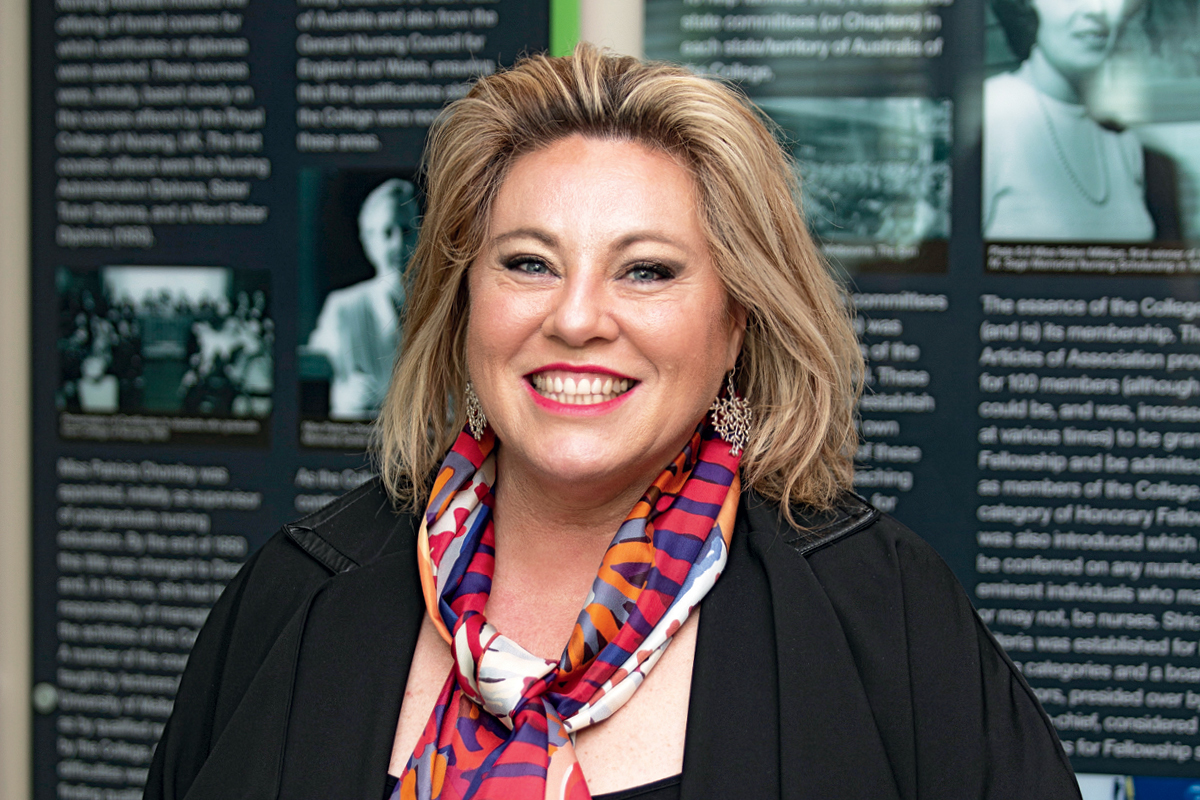 Every nine days, a woman is killed by her partner. One in six women has experienced physical or sexual violence from a current or previous cohabiting partner. And according to a recent report from the Australian Institute of Health and Welfare, one in six women has also experienced physical or sexual abuse before the age of 15.

Australia’s domestic violence reports are grim. It’s a major national health and welfare issue that affects people of all ages from all backgrounds, but mainly women and children. It’s an attack against those most vulnerable.

“It’s unacceptable,” says Australian College of Nursing CEO Adjunct Professor Kylie Ward, who’s using her platform to raise awareness and help put an end to the violence. “We know that more than one woman a week dies of domestic violence on average, statistically.

Equally as important, 90% of our workforce is female, so there are many nurses coming to work who are living in and experiencing domestic violence themselves,” she continues. “It affects us as people, as citizens, as professionals and as people who dedicate our lives to the profession.

And if we can stand tall and come together, then we can protect, support and influence many of the millions of women, children and families.” Kylie lives her life championing others – for their rights, their voices to be heard and their hearts to be seen.

She advocates for women’s rights for equality, for nurses to have a seat at the table and for those less fortunate. It just comes naturally to her. She’s able to fight so hard because it’s her own personal traumas that fuel her.

There’s no better time than now to see nursing leadership in action and to deliver care to communities.

“When my children were young, I left a marriage of domestic violence,” Kylie shares. “I wanted my sons to be whole, healthy, curious and kind, confident and inquisitive. I wanted them to be positive and not plagued with that particular moment in time that didn’t have to define us forever.”

Kylie has never been a fan of putting people in boxes, assigning them labels based on things that have happened to them or treating them differently because of the colour of their skin or the size of their bank accounts.

She grew up in Greater Western Sydney, where she was raised to appreciate diversity and love everyone. “I feel very connected to all people. I see the similarities rather than the differences,” she says.

“You might think a public schoolgirl from the west couldn’t be where I am today. But I had big dreams and a lot of determination. And I feel a strong sense of responsibility to protect and defend people who are less fortunate and less privileged than myself.”

She credits a lot of her gumption to her father. “He was the first feminist I ever came across,” she shares. “He fought for the rights of women all his life because he has daughters. He instilled in me a real entitlement as a woman to education, to be in the boardroom and to have a voice.” 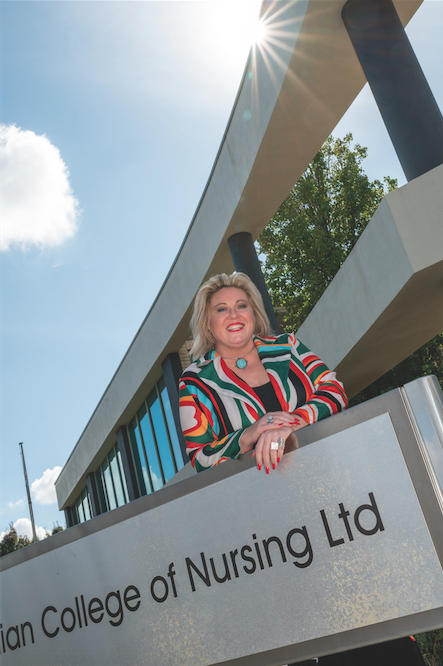 Thanks to her upbringing and the fire inside of her, Kylie is now one of Australia’s most influential health professional leaders.

As CEO of the Australian College of Nursing, she has led a program of transformation, turning around dwindling engagement numbers to increase revenue by 24%, boost membership by 30% and double student numbers in just three years.

Last year, she also established the Australian College of Nursing Institute of Leadership to support emerging leaders. “I want to empower nurses with education, with confidence and with skills to propel them into having their right to sit at the health policy table.

I want us to understand our value, and I want others to require it,” she says. “I love that we’re regarded, we’re respected, we’re known to be kind and compassionate. But nobody thinks we’re voracious. Every nurse is a leader, and there’s no better time than now to see nursing leadership in action and to deliver care to communities.”

That ‘now’ is life during the coronavirus pandemic. So, when properly delivered, equal health care has never been more essential. “The world will look different after COVID-19,” she says.

“It’s really interesting that, as devastating in so many ways as COVID-19 has been, it’s also making us rethink the way health care is delivered. While Australia is a lucky country, the social and geographic disadvantage here must be addressed. And this may be the opportunity to bring that about faster.”

According to Kylie, “where you live matters” and those who live in rural areas often have poorer health outcomes than their city counterparts. “That’s one of the reasons I’ve really been driving equality in healthcare delivery,” she stresses.

“It cannot be delivered in the traditional institutions that we’re used to because that means everyone has to come to the city or come to these organisations. We need health care where people live.”

And the Australian College of Nursing is preparing the nurses of the future to bring about that change. “We are the leader of the nursing profession, which is the largest healthcare workforce in Australia,” Kylie says.

“We’re a leadership organisation, and we’re making real policy changes and lasting impact. The nurses who are educated by us know it’s the most contemporary education. We bring the best of the best at a national scale.”

Education is a tool where the true value of the world of a nurse comes to life.

“We are contemporary and agile. Being innovative is everything,” Kylie says. “Everything we’ve been doing over the past couple of years has been in that tenure trajectory of around 2030 and beyond. We live in a world where artificial intelligence, the digital platform and technology are moving faster than governments and organisations. The world’s moving, and we need to keep up with it.”

Even the field of nursing continues to expand, increasing the demand for more specialty trained nurses in niche occupations. There was once a time just a few years ago, where some nurses in the dermatology and cosmetic fields were being trained by drug companies and product representatives.

Seeing the need to offer proper training in these specialty fields, the College ramped up its course offerings. “We look to the horizon to see different types of opportunities that are being provided for nurses and make sure that they are supported by sound, accredited education to be able to practise competently,” Kylie shares.

“There have been new and emerging areas outside of the traditional hospital and intensive care settings, and we have needed to think about ways to support nurses in all of those different settings. We enable them with a strong sense of professionalism. And really, education is a tool where the true value of the world of a nurse comes to life. So we want to get all those tools in their hands.”