Throughout his 30-year career, Laurence ‘Laurie’ McAllister has experienced plenty of highs and lows. However, there’s one earth-shattering moment that stands out as the toughest of them all. In 2011, Laurie and his family were living in Tokyo when a magnitude-9.0 earthquake struck off Japan’s north-eastern shore, triggering a devastating tsunami.

“It was a horrific experience,” he reflects. “At the time, I was The Coca-Cola Company’s Chief Marketing and Commercial Officer. Basically, 22 of our 50 plants buckled, so we had to rebuild the business. But more importantly, we had an enormous job to do supporting the community who were impacted by the disaster.”

Laurie’s wife and three children – Leo, 10, Freja, seven, and one-year-old Vincent – returned home to Australia the day after the earthquake. “I stayed in Tokyo for a year on my own, which was not easy,” he says. “It was such a sad time; however, the Japanese people were absolutely amazing and showed such unwavering strength and solidarity.”

Ten months after returning to Australia, Laurie’s 23-year tenure with Coca-Cola came to an end. Next, he spent more than three years at Sanofi ANZ, before joining McPherson’s in 2016. Although Laurie hasn’t had to contend with any natural disasters in his current role, he says that revitalising McPherson’s has been no small task.

When Laurie took over as Managing Director, his top priorities were to refocus the business and revitalise its brands, including A’kin, Dr. LeWinn’s, Lady Jayne, Swisspers and Manicare. “Number one, we needed to focus the business purely on health, wellness and beauty,” he says. “The second thing was our brands were a bit tired, so I wanted to reinvest in our brands and give them a new visual identity.”

Almost three years on, McPherson’s is a leading supplier of health, wellness and beauty in Australasia, boasting 10 brands and more than 1,500 products. The company is the number one Australian beauty supplier to Australian pharmacies. The beauty industry is booming around the world and Laurie says it shows no signs of slowing down. “It’s a category that’s been growing year on year for a long time. Vanity will not disappear,” he points out. “Also, we’re seeing the cosmetics business decline as new millennials are more focused on skincare than make-up – even in their teens. It’s a strong, growing space.”

McPherson’s owns three skincare brands: A’kin, newcomer Kotia, and Dr. LeWinn’s, which is the number one cosmeceutical brand in Australia. Exporting skincare products to China has been hugely successful for the company, with a 108% growth in sales revenue from this market. “Chinese consumers trust Australian and New Zealand brands,” Laurie notes. “They’re willing to pay for quality products.”

Laurie says McPherson’s is working closely with its key pharmacy customers to develop new products to meet consumer demands. “Joint business planning is all about listening and talking together about growing the pie,” he says.

“We listen to our customers, because they see a lot of trends coming through. If we can deliver that innovation, that can be profitable for both the customer and us, plus we can deliver what the consumers want.”

As a result of these strategic partnerships with pharmacies, McPherson’s recently launched a new range of Dr. LeWinn’s face masks. “They are going absolutely gangbusters,” Laurie enthuses. “We physically cannot keep up with our supply.”

McPherson’s largest brand is Multix, which is Australia’s market leader in the plastic bags, wraps and grocery foil category. “I used to refer to Multix as our fading star,” Laurie says. “So, we did some consumer insights and decided to try to make Multix better for the environment.”

As a result, McPherson’s launched Multix Greener last year, including compostable rubbish bags, recycled alfoil and degradable cling wrap. More recently, Multix Reuse Me has hit the shelves, featuring sandwich and produce bags that can be washed and re-used.

“Multix was declining 8% year on year, and now its growing 14%,” Laurie adds. “So now we call it our shining star.”

With its renewed focus on health, wellness and beauty, Laurie believes the future is looking bright for McPherson’s. “We have a healthy balance sheet and we’re poised for organic and incremental acquisition growth. But most importantly, we have an amazing team,” he smiles.

“We spend so much time at work, which is why I love working with great people who you not only respect, but really enjoy. I think you get so much more engagement, and over time it delivers at the top and bottom line as well.” 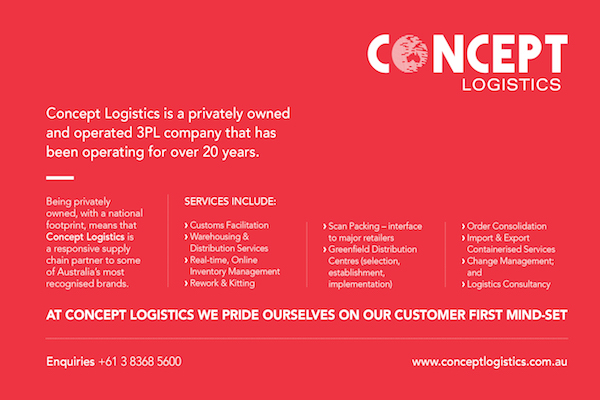 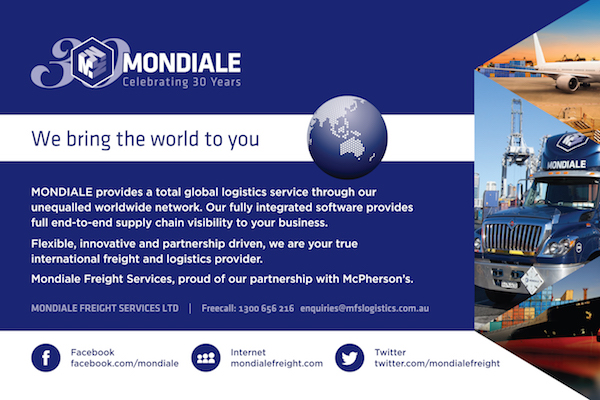 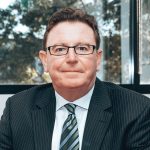