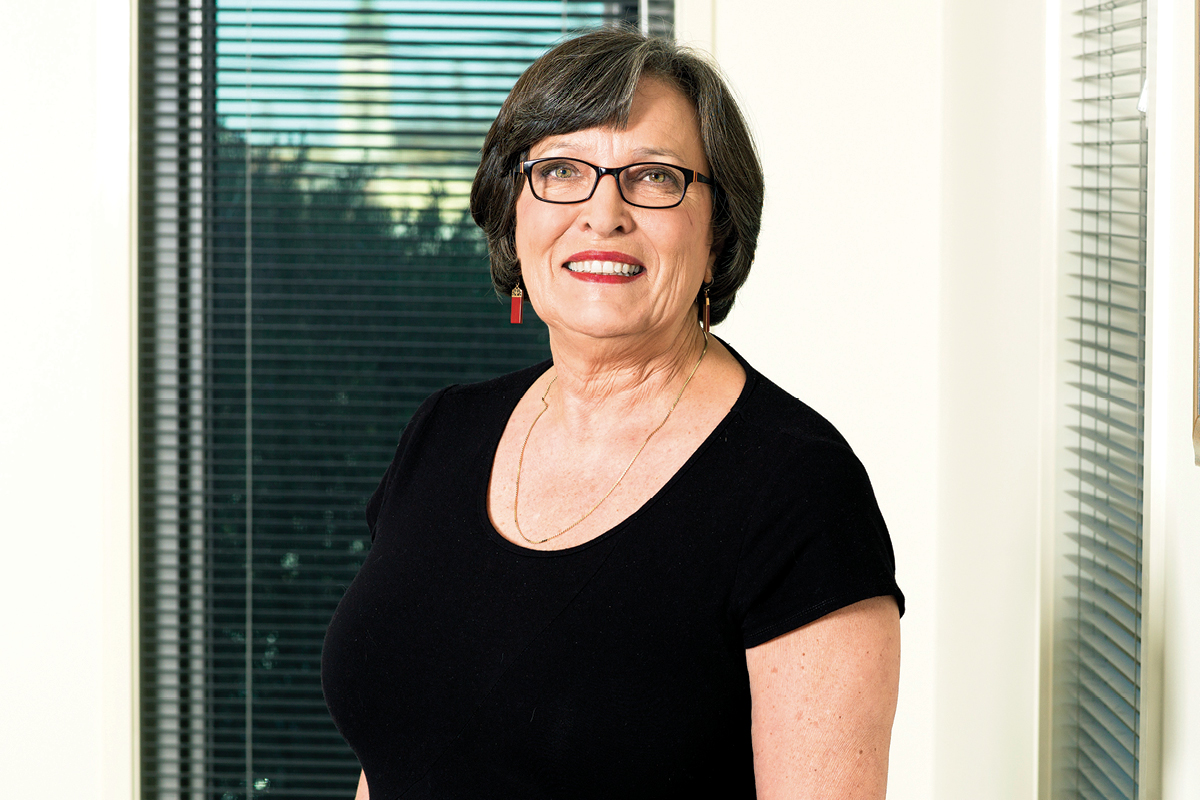 When The CEO Magazine asks Lynne McLennan, CEO of UFS Dispensaries, to describe her leadership style, she uses the word “unusual”.

Pressed on what she means by that, she changes her wording; “I mean collaborative, really.” Being in charge of a mutual enterprise, it’s not wrong to think that Lynne’s leadership really is unusual. Whether she’s talking about her customers or employees, management for her is a cooperative process. 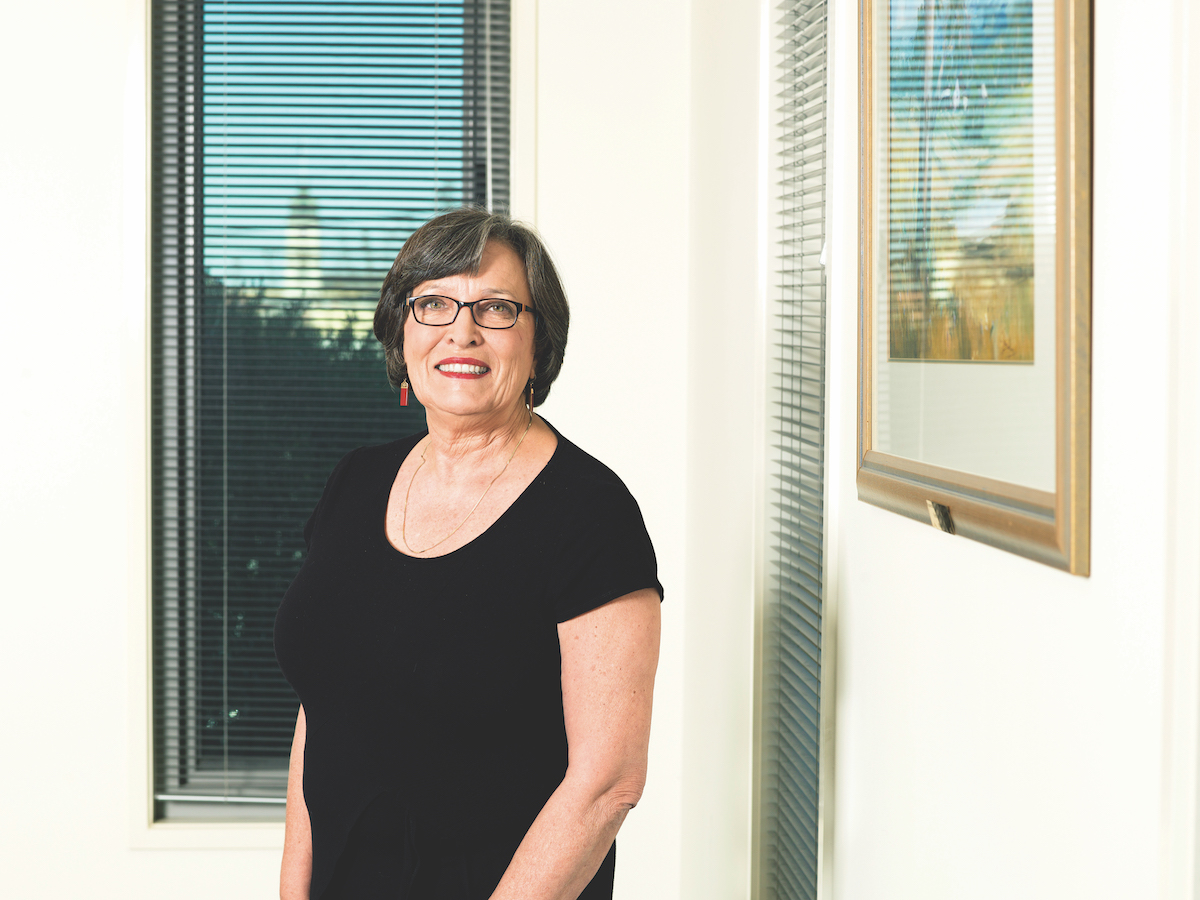 “I emphasise to everyone in leadership that their job is to assist the people who report to them. That’s because we’re here to serve the interests of our customers and members, and support those who are working on the frontline.”

Opening its first pharmacy more than 138 years ago, at 84 Armstrong Street South, Ballarat, UFS started with a single pharmacist working 12-hour days, six days a week. “There was a demand for services that responded to the needs of the local community,” says Lynne.

“In the 1800s, private chemists were thriving and there was a damaging motivation for profit. Essentially, everyone in the community of lodge members got sick of it and decided to form their own dispensary association. That’s why UFS exists today.”

Having grown up in Balmoral, Victoria – “not to be confused with the decidedly less rural Balmoral, New South Wales, or Balmoral, Scotland” – Lynne started her career as a medical student in the 1970s because she wanted to do something important.

She hesitates on her phrasing. “‘Important’ isn’t the right word. What I mean is, something that benefited people.” And for her, that didn’t end up depending on her getting a medical degree, although she has a Bachelor of Science and an MBA from the University of Melbourne.

After moving to Ballarat in the 1990s, Lynne says her arrival at UFS was unplanned. “Accidental careers are common for people my age. Circumstances change; in my case, my husband and I decided we didn’t want to raise our kids in Melbourne. Although we’d lived there happily for 15 years, we wanted to live somewhere more regional.”

Though career opportunities were limited in rural Victoria, Lynne managed to transfer her position in the state’s Department of Health.

“Eventually, though, I left and went to work for the local government instead.” Leaving state government to work on the ground made for a satisfying move, she says. “It’s one thing to be writing a lovely piece of policy. It’s quite another to make something happen.”

“It’s one thing to be writing a lovely piece of policy. It’s quite another to make something happen.”

After working in local government for several years, Lynne became CEO of UFS Dispensaries in 2001 when the board was pursuing a growth agenda.

Under her management, UFS is now operating 19 pharmacies and three medical centres across Western Victoria and Melbourne, providing health services for the benefit of members in towns such as Beaufort, Buninyong and Ballan.

Discussing UFS’s importance, Lynne says the company’s mutual-enterprise model means it is well positioned to respond to the needs of its members.

“We’ve been in operation since 1881, delivering a crucial service to the community and adding diversity to the economy. We’ve seen what happens when businesses put profit before people; as a mutual enterprise, we’re making every decision for the benefit of our members.” The lack of profit motivation and the connectedness with the community is what makes UFS vital. “We want to meet people’s needs without just saying, ‘Hey, you’re sick! Here’s a doctor! And some pills!’ We’re going into the community and exploring how to think holistically and go beyond people’s basic health requirements.”

“Singing is so beneficial from a physiological and health and wellbeing point of view, and can bring about lasting change. I think it’s going to be really exciting for our members.”

Lynne is also enthusiastic about Breath, Body, Mind – a program that teaches breathing and movement techniques to help those “feeling stressed, anxious or run down”. It’s a complementary health program UFS describes as an “evidence-based approach to treating many physical and mental health conditions”.

Lynne says UFS is offering a high-quality and ethical standard of service. “We’re not cutting corners, because we believe that this business is not just a game of providing cheap alternatives. UFS believes in making sure the best possible staff are onsite and available to assist customers and patients.”

And because UFS isn’t run for profit, it ensures that everything it does is for the benefit of its members. “Our revenue is reinvested, whether that’s through philanthropy or community projects. We’re a social enterprise and we’ve always been one; that means we’re here to serve the interests of our members.”

Not in my workplace

A self-proclaimed feminist, Lynne has partnered with other female CEOs and leaders to establish an organisation that provides resources to improve gender equity.

Committed to supporting women who are the target of predatory behaviour and protecting the reputation of those who speak out about it, Lynne says the organisation will tackle the problem of sexual harassment in the workplace.

“We felt exasperated with some of the responses we were seeing to the #metoo movement, as well as the handling of sexual harassment allegations against public figures. With this organisation, we wanted to set a standard and say, ‘It’s not okay.’”

Citing recent royal commissions into the financial and aged care sectors, Lynne is optimistic that Not in My Workplace has coincided with a shift in public attitudes when it comes to companies behaving badly. She’s cautiously optimistic though, frustrated that gender inequality is still a problem in the workplace. 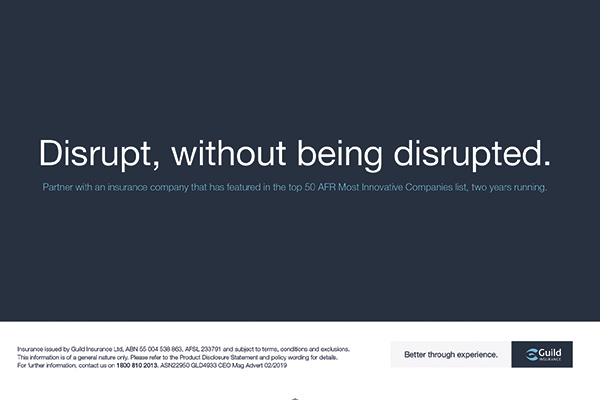