Founded in 1903, Wright Millners provides high-quality dental equipment and products across Sub-Saharan Africa, proving a valuable addition to the dental industry. The company also boasts a prestigious legacy, not only being more than a century old, but also as the largest dental company in the region.

Marc Perotti, Managing Director of Wright Millners, sees his current role within the dental company as a chance to create a meaningful, fulfilling story. Marc had always been part of the sales industry, and had even founded his own successful dental company, Highland Dental, in 1997. When it merged with Wright Millners in 2001, he began his progression through the ranks to eventually attain the managing directorship, receiving invaluable lessons in leadership along the way.

Seventeen years on, Marc is driven by the urge to give back to the company. “Having been in the industry for so long, you want to make a difference, not only for your customers, but for your staff as well,” he says. “You want to leave a legacy. You want to raise the bar and eventually hand over to someone else who can take it to a whole new level. After getting the kind of mentoring I received, I thought, ‘Right, where to next?’”

For Marc, the longevity of Wright Millners doesn’t mean they can afford to take things for granted. “The industry is developing at such a rate that opportunities are now coming every six to 12 months,” he says, “as opposed to in the past where you could set your strategic plans three to four years ahead of time. There’s much less time to set your strategy now.”

For now, Wright Millners has adopted a comprehensive market strategy. Marc says the company is investing in whatever new, innovative technology is hitting the market. At the same time, it’s prioritising cost-cutting, ensuring it can stay efficient and agile, while maintaining its place at the front of the industry. This integrated approach will allow Wright Millners to adapt to these rapidly changing opportunities using its existing infrastructure.

“The industry is developing at such a rate that opportunities are now coming every six to 12 months.”

Another element of Marc’s strategy is a clear focus on Wright Millners’ clients. “You can’t do anything properly from behind your desk,” he says. “You’ve got to be hands-on. You’ve got to be interactive with your customers as well as your suppliers. We stay in touch with our customers on a regular basis, checking how they are on a strategic level. We attend a lot of conferences and congresses to ensure that we are in constant contact with our clients.”

In fact, Marc attributes a large proportion of the company’s success to its dedication to treating customers fairly. “Customers have always had a right to recourse,” he explains. “If they were to invest in capital equipment, it’s a comfort for them to know that if anything happens three, five, 10 years down the line, they can turn to an organisation that will lend its support and will solve their problems.”

Wright Millners doesn’t limit itself to looking after those groups with which it shares a direct financial interest. The dental company has made contributions to many different foundations, in support of groups such as the elderly, those with disabilities, disadvantaged children and refugees. To give some of its own success back to the community, Wright Millners has also instituted several social responsibility programs. “We give education opportunities to the children of our lower income staff,” says Marc. “We ensure that we’re not only looking after our employees but also their immediate families by way of education. We feel the same way about the industry as well. If a lot of stock or product is about to expire within six months, and we know we’re not going to move it off the shelf, then we make these products available to communities that can benefit from them.”

“The other priority is earning the respect of my staff and honouring the leadership role that’s been afforded me.”

Marc is focusing on the company’s expansion throughout the Sub-Saharan region, and though it may be a gradual process, the company is committed to that ambition. Simultaneously, Wright Millners is moving to expand its product range. It provides essential equipment to dental practices, including dental chairs, instruments, sterilisation equipment and even 3D radiography devices. These are sourced from an array of prestigious manufacturers, among which are groups like Coltene, Carestream and NSK – companies that Wright Millners counts as valued partners.

The nature of these relationships, Marc says, is a unique one. Though Wright Millners’ partners are internationally based suppliers from regions like Europe, America and Japan, they’ve trusted the South African company to understand its market. Wright Millners’ suppliers aren’t too hands-off, however, offering support in the form of trade shows, maintenance guarantees and the close assistance of Wright Millners’ sales reps, to help deliver important messages to the company and its customer base.

On the flipside, ensuring he provides value to all relationships, business or otherwise, is a defining characteristic of Marc’s MO. Though he sees providing for his family as his most important responsibility, he’s clear on what motivates him professionally. “One priority is giving shareholders their return,” he says. “The other priority is earning the respect of my staff and honouring the leadership role that’s been afforded me.” 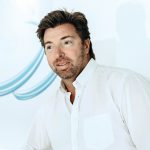