People are the essence of my passion: Mathieu Laouenan When words like liquid chromatography, mass spectrometry and laboratory informatics are casually tossed around, it’s time to concede defeat. After all, what makes sense to a scientist is a bit hazy to a journalist unfamiliar with molecules and analytics. 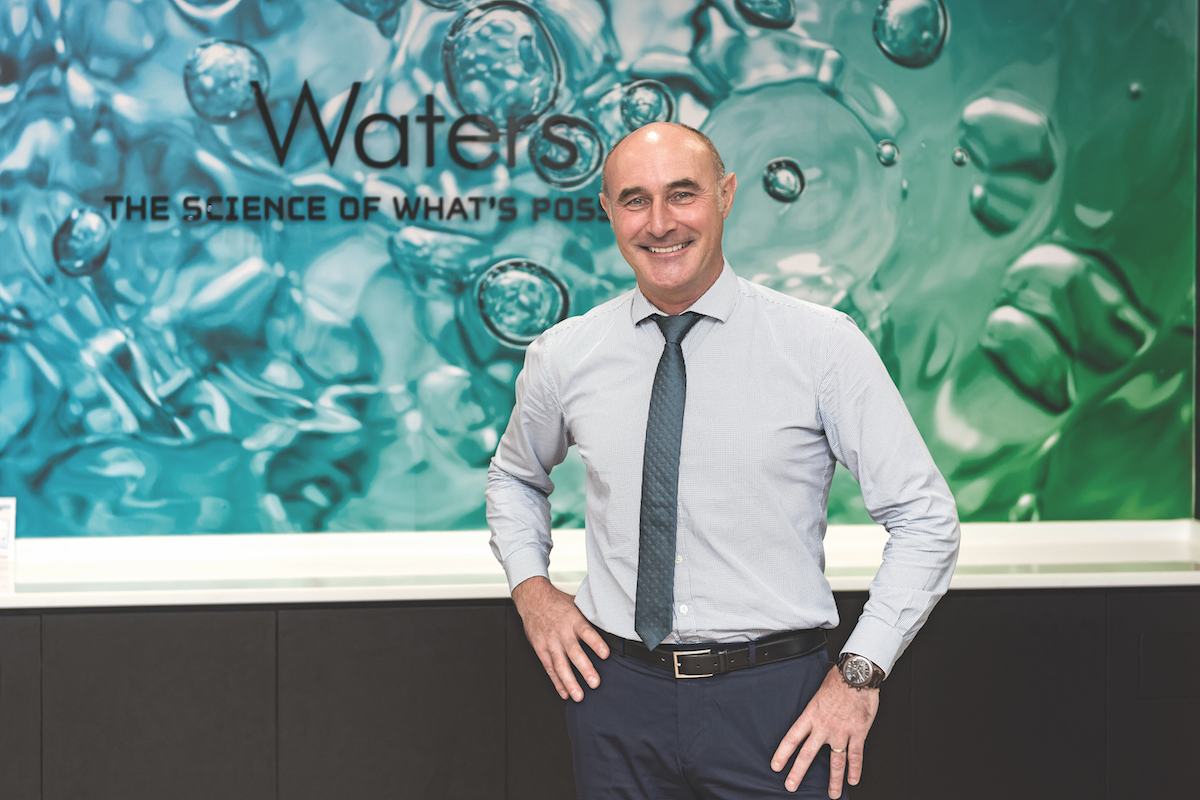 All of this sounds impressive, but what does it actually mean? Waters Pacific General Manager Mathieu Laouenan leaps to the rescue. “Waters specialises in separation technology,” he explains. “And when we say separation technology, it means the technology to separate molecules and chromatography, right?” The silent response encourages further explanation.

“So, we separate the molecules from a liquid sample, conduct a global analysis of it, and the data is used to develop new, cost-effective drugs. Or, we separate and identify pesticides, drug residues and contaminants in food and water to monitor the quality and safety of them.

“We also support academic research to understand and treat complex diseases,” Mathieu continues, while the brain fogs at the details. “For diagnostic, we can monitor biomarkers of diseases and, as an example, we can screen newborns to determine quickly if there is any genetic issue or a potential disease.”

It is at this point that this journalist’s eyes have finally been opened. In a nutshell, Waters provides products to scientists around the world, finding solutions to enhance our quality of life in many industries, including farming, pharmaceuticals, food and academic research.

It is one of the largest companies in the analytical instruments industry, employing around 7,000 in 31 countries, with 15 manufacturing facilities scattered throughout, including Singapore, where Mathieu is based.

The organisation celebrated its 60th birthday last year, with founder Jim Waters paying tribute to the company he launched in the basement of a police station in Framingham, Massachusetts. “Celebrations were fairly low profile,” Mathieu says.

“But Jim, who is 93, joined past and present CEOs to remind all employees, particularly the young ones, of the foundation and fundamental being of Waters. Innovation to support the wellbeing of life. We never deviate from that.”

“Innovation to support the wellbeing of life. We never deviate from that.”

Mathieu has never deviated from his own commitment, having spent 30 years, nearly half his life, with the company in various roles in multiple countries. He currently heads up a large geography of the Asia–Pacific region of Waters, encompassing South-East Asia, South Korea, Australia and New Zealand.

Waters was his first “real” job after graduating from Marseille Saint Jerome University with a Master of Science and Commerce, and while his penchant for physics and chemistry is clear, his brain for business also shines through. “I guess I have some genes for commerce and operations because I started with Waters in France in sales and service. I really liked it and it taught me to be very customer focused,” he explains. 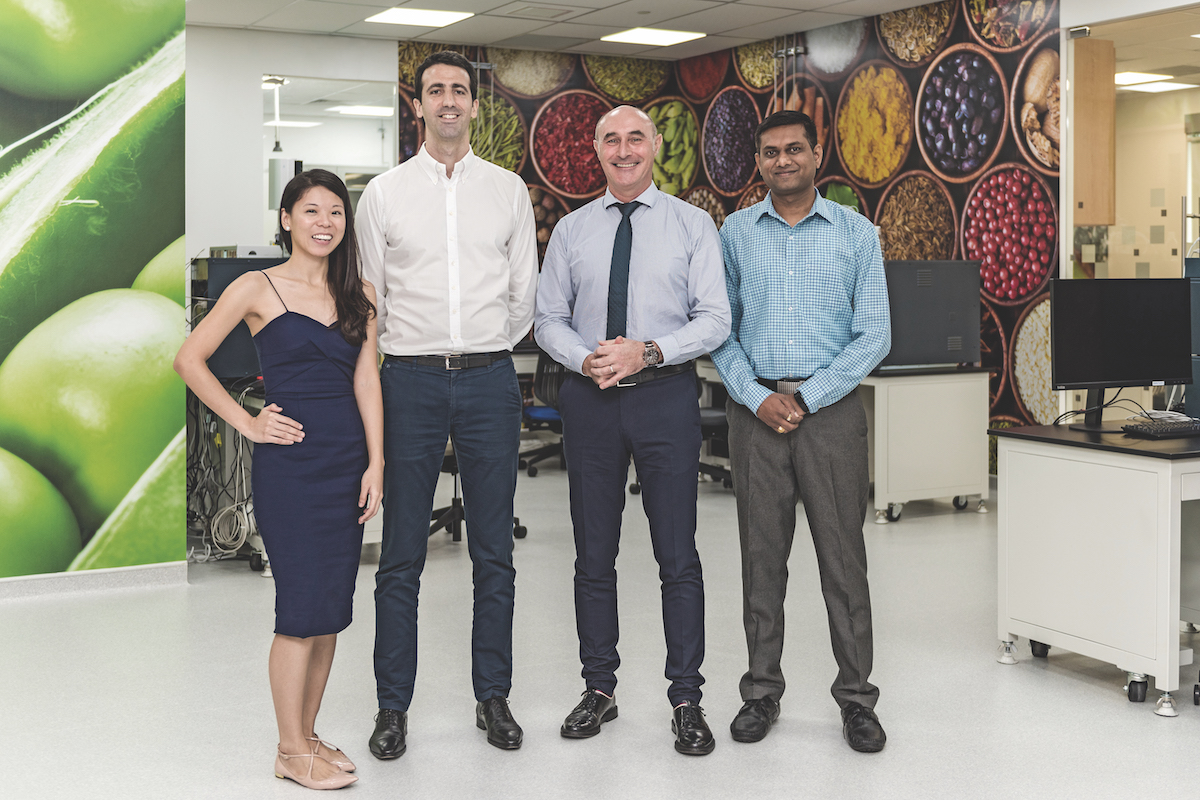 “But it’s the constant evolution of technology that has kept me at the company, watching investment in technology grow from US$200 million when I started in 1988 to about US$2.5 billion,” Mathieu continues.

“Chromatography with mass spectrometry is applied to so many different markets, and I’m always extremely astonished at how it’s improved, particularly the speed and expansion of the scope of applications.”

When Mathieu joined the company, Waters already enjoyed a reputation for manufacturing the first commercial High-Performance Liquid Chromatography (HPLC) in 1969, and in 2004, he was there to witness the company turn the technology on its head. “We launched Ultra Performance Liquid Chromatography (UPLC), very disruptive technology which revolutionised HPLC and mass spectrometry.

“It was fantastic and radically changed separation science, opening up a new world which enabled separation to be done much faster and with much greater accuracy.

It probably took up to ten years to research. For me, that was an amazing time, watching innovation completely change the industry,” he continues. “Of course, now the whole industry is following us with UPLC. But that’s normal. Whenever we launch new detectors or technology to identify molecules, we know our competitors will follow.”

Having lived and worked all over the world, Mathieu is drawn to cultural diversity, and Singapore doesn’t disappoint. The island, a multicultural melting pot of cosmopolitan life, steeped in tradition and culture, is the perfect antithesis for a scientist.

“People are the essence of my passion and the fuel to my energy here in Asia. It’s a small city, offering so much with its large international community.

“But I also love to be solo,” Mathieu adds. “I am a lover of sailing and try to get out every Saturday for racing. It’s
a wonderful contrast, to be in competition while solo in a boat on the sea.” 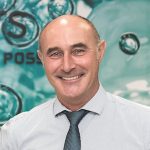