Service with a smile: Mike Timoney 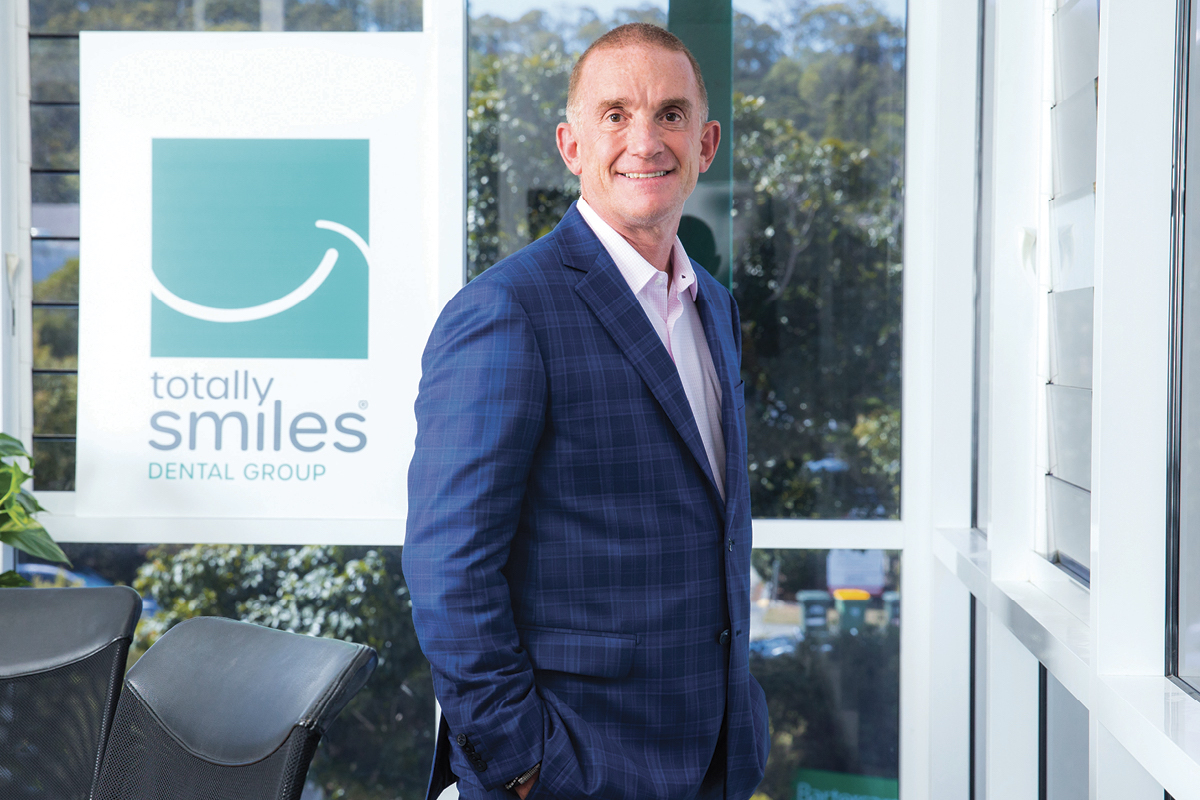 Mike Timoney may be the Founder and CEO of successful dental group Smiles Inclusive but his path to dentistry didn’t follow a traditional route. “It was completely random,” he laughs. “I married a dentist!”

While Mike is no longer married to that dentist, he says that, at the time, it gave him the opportunity to observe the nuances of the industry. “The thing that I love most about dentistry is that everyone has teeth and if they haven’t got teeth, they need some, so it’s a wonderful marketplace to be in,” Mike says.

“I can sit in my office, look outside and see that every one of those people walking by is a potential customer of Totally Smiles. All we need to consider is how, as an organisation, we can disrupt their patterns, so they’ll come into one of our practices.

Originally from the UK, Mike moved to the Gold Coast in 2004, set up his first practice, Totally Teeth, in 2005, and then in 2007 established Dental Partners, which owns and operates dental practices around Australia. In 2013, he sold the business (now called Maven) and later, in 2017, embarked on a new venture – Smiles Inclusive.

“I felt there was a big gap in the marketplace because, before I started Smiles Inclusive, you either owned your own practice or you gave up, sold it to a corporate and became an employee,” Mike explains. “I thought, ‘You know what? I’ve just turned 50. What would I want as a dentist?’ I wouldn’t want to carry on being on my own but I also wouldn’t want to sell and be an employee for the next 15 years.”

As a result of this thinking, he created Smiles Inclusive, which now operates a network of more than 60 Totally Smiles dental practices throughout Australia under joint venture agreements. For Mike, it is one of his proudest achievements, especially having started the brand on a blank piece of paper and seeing the resulting business listed on the Australian Securities Exchange 392 days later.

“I sat down with an idea, and then to gestate that idea, get investors interested, pull it together and get it listed on the stock exchange was a herculean effort. Anyone who hasn’t done it will never truly appreciate how hard it is,” Mike reflects.

“People often say they’re going to get their company listed on the ASX like it’s an easy thing but most of them don’t have a clue about the work involved – I think ignorance is bliss. If you asked me to do it again, I think I’d be more fearful because I actually know the process now.”

Mike describes his approach to the listing as being a “cinch by the inch and hard by the yard”. “We just kept doing the activity we needed to do to get through the next hour and the next day.

That really helped us. I also looked back to my early childhood and adulthood where I learned that if you’ve got a plan you believe in and you’ve got the determination to execute it, it will give you the end goal you want. It requires persistence, resilience and having faith that you’re on the right path.”

“If you’ve got a plan you believe in and you’ve got the determination to execute it, it will give you the end goal you want.”

Mike has always had a knack for entrepreneurship, sparked by a desire to have the things he couldn’t afford as a child. “My parents were standard middle class – they provided the essentials but there wasn’t much spare cash,” he says. “I quickly realised that if I wanted the extras in life, it was down to me to get off my backside and make it happen.”

At 14 years old, he began washing people’s cars and doing their gardening. He then went on to door-knocking, where he would make appointments to sell windows. “It gave me a taste of the brutal reality of being an entrepreneur; that you’re as good as the effort you put in.”

In terms of dentistry, gone are the days of “drill, fill and bill”. These days, more patients are looking to dentists for aesthetics and makeovers. “People now want the straight, white Hollywood smile,” Mike says.

“And that has become socially divisive as well because people with the straight, white Hollywood smile are perceived to be smarter and more successful; they get the best jobs. If you try and get a good job now with a missing or black tooth, then the world’s against you.” But there is still a need for routine dental check-ups, especially as Mike indicates that around 65% of Australians don’t visit their dentist regularly. 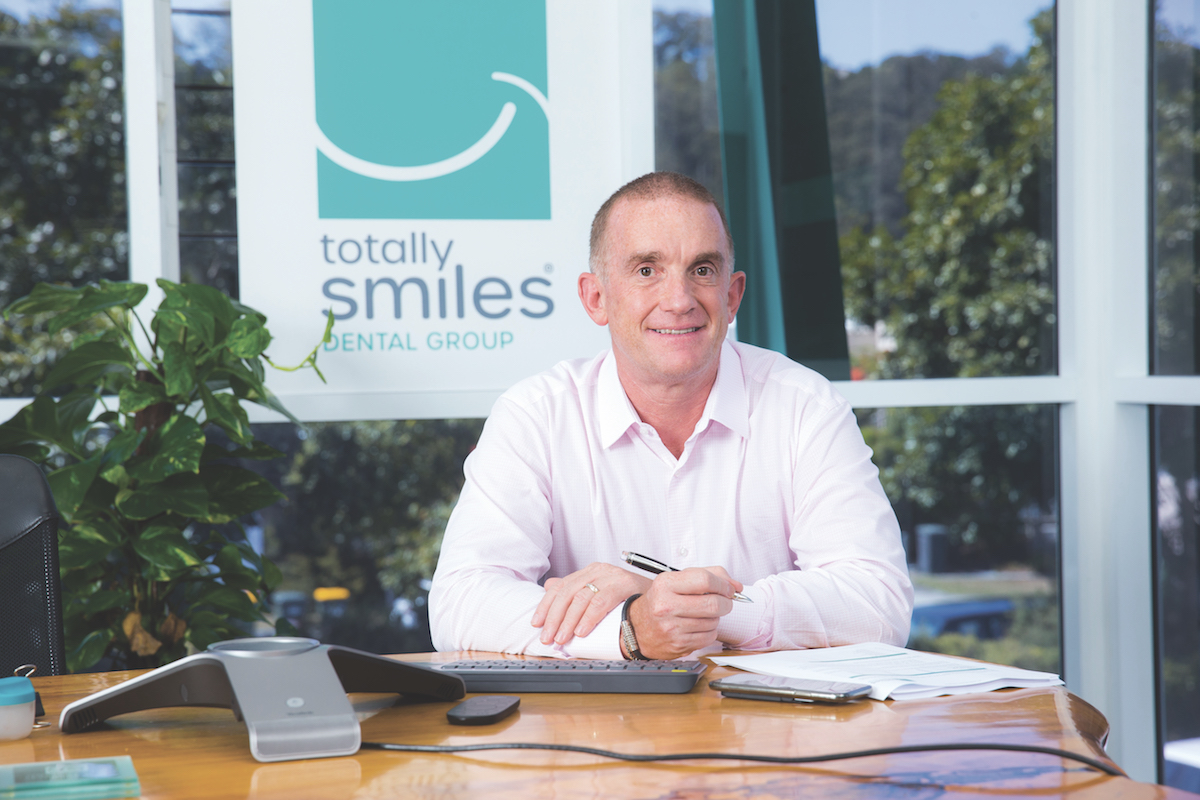 In an effort to increase dental visits, Mike has introduced alternative payment methods to the national practices. “I think dentistry’s been very bad in encouraging people to part with their money,” he says. “Up until very recently, you’d go to the dentist and they’d hand you an A$11,000 bill, and you’d be required to pay that upfront.

Whereas if you look at many other industries – like the electrical or automotive sector – you could come away with A$10,000 worth of products and services, put no deposit down and pay for them over a 60-month period – you don’t really notice it as it’s not a huge lump sum.” To address this issue, Smiles Inclusive has partnered with fintech payment company Afterpay to provide flexible payment options to customers.

Mike says the business also plans to further disrupt dentistry by introducing a subscription model akin to Netflix or Amazon Prime. “I think that’s where we need to be,” he comments. “If I say to the customer pay ‘x’ amount per week and you’re never going to have a dental problem, then I think that’s a very appealing model.”

Having run successful businesses for many years, Mike says it’s important to be clear about your vision and not give yourself another choice. “I think too many people set up a business while still running other businesses,” he says.

“To draw on the analogy of Vikings; you need to burn your boats on the beach – you need to be boots and all. If you’re going to do it, give it 120% and that way, if it doesn’t happen, you know you gave it your best shot. Most of the time, the business will succeed if you put in the effort.”

Mike Timoney is inspired by billionaire Chairman and CEO of Berkshire Hathaway, Warren Buffett. “One of the key things Buffett does is he plays the long game when it comes to making money,” Mike says. “I think in this instant society, everyone’s playing the short game. People don’t understand the power of compounding; just putting your money in an area and letting it grow.” 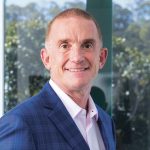