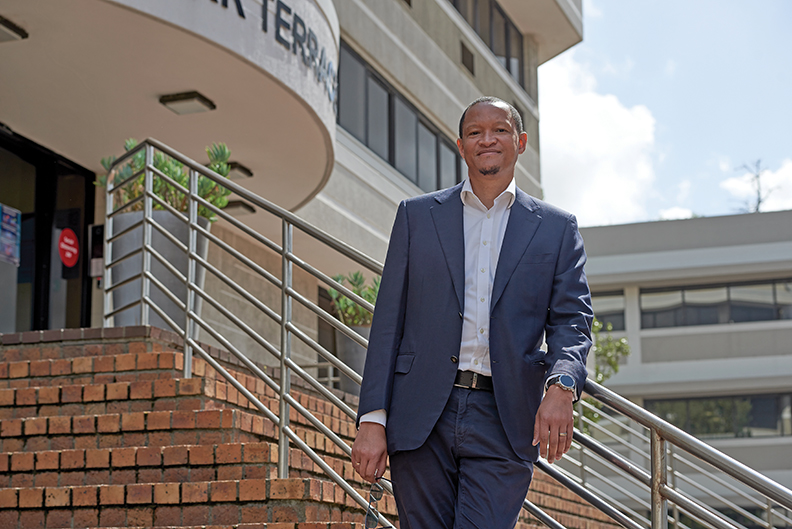 During 2019, an estimated 14 million infants were not reached by vaccination services, leaving them vulnerable to measles, diphtheria, tetanus, polio and tuberculosis. Most of the countries where vaccination rates fell below 80% were concentrated in Africa.

Morena Makhoana, CEO of the Cape Town-based Biovac Institute (Biovac), aims to change that. Biovac was founded in 2003 with a lofty ambition – to be a modern facility capable of manufacturing vaccines and distributing them throughout South Africa and the region.

Morena was among the company’s earliest employees, serving as Medical Affairs Director and subsequently as Deputy CEO before ascending to the top position. Throughout his years at Biovac, he’s steered the company deftly towards these goals and beyond.

“As a company that is based in Africa with limited skills and available capital, we have had to lay a strong foundation for the past 15 years with supplying our local market,” he says.

“This foundation is now very solid and allows us to leverage and expand our capability beyond the borders of South Africa. We are now preparing to ensure that Biovac is a significant contributor to vaccine supply for global markets in the next 10 years.”

In partnership with the South African Department of Health and other partners, Biovac delivers vaccines to all nine provinces of South Africa and a few neighbouring countries through its cold supply chain infrastructure. This amounts to more 15 million doses of vaccines every year.

“South Africa’s immunisation schedule has become one of the most advanced on the African continent,” Morena says.

“The vaccines that we used to procure 15 years ago were very similar to those in other developing countries, but as the newer products were made available in the US and Europe, the South African market also adapted to an extent that there are now few differences between what South Africa vaccinates its children with and other advanced markets.”

Biovac’s success in manufacturing and distributing vaccines in a part of the world where they are desperately needed has attracted the attention of several international players. 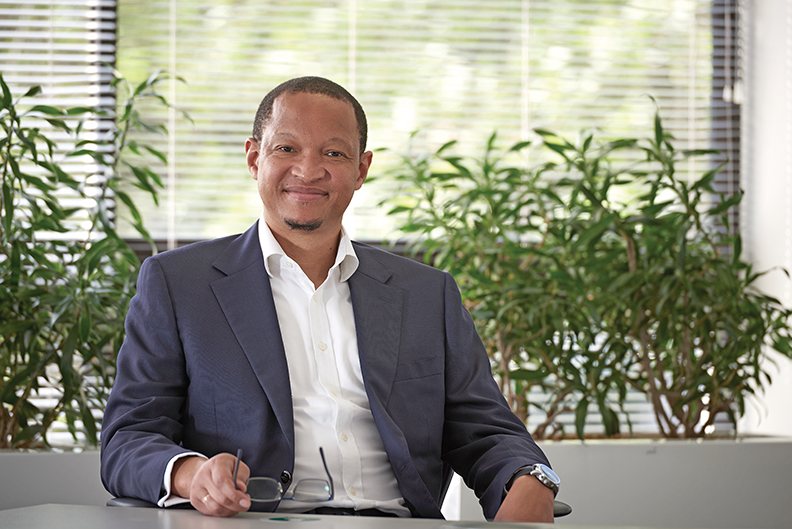 “We were fortunate to see this transition coming, which is why we forged partnerships with both Pfizer and Sanofi to locally produce these advanced vaccines that are now in routine use in South Africa,” Morena shares.

Back in 2016, the global health not-for-profit organisation PATH tapped Biovac to develop a vaccine for Group B streptococcus, an infection that causes around 150,000 preventable stillbirths and neonatal deaths every year.

To date, BIOVAC has invested €43.2 million in infrastructure and skills development, with an economic benefit of more than €27 million per year to the South African economy.

Biovac is one of just three companies in the world working on developing what would be the first vaccine of its kind. However, Biovac’s nearly uninterrupted growth and success collided in 2020 with the COVID-19 pandemic. Despite South Africa’s strict lockdown, vaccine production was deemed an essential service, and operations at Biovac had to continue.

“Fortunately, we had very few staff members who contracted the disease and were therefore not too adversely impacted,” Morena reveals. The shock of the pandemic spurred Morena and his team to initiate some futureproofing measures, such as expediting its digitalisation process.

South Africa’s immunisation schedule has become one of the most advanced on the African continent.

“We have now mapped out more than 100 processes that need to be digitised and transformed. These range from items related to manufacture, such as ensuring that there are limited or no manual systems that require any paperwork in 10 years’ time,” he explains.

“In order to achieve that, we’ve already invested in an electronic quality management system. “Other tools such as SharePoint and Microsoft Teams were introduced in 2019, and they came in extremely handy during 2020 with COVID-19 and the need to meet and work virtually.”

One silver lining the pandemic has provided is that the public is finally starting to understand the inexplicable complexity of trying to develop a breakthrough vaccine. “The long lead times are often misunderstood and perceived as if we are slower than other vaccine manufacturers.

Countries that are net importers have little understanding of what goes on behind the scenes in developing product clinical trials and technology transfers,” Morena says.

“It is a marathon, not a sprint. Being in vaccine manufacturing is a process that takes many years before you see the end result. Unless you have your eyes firmly on the end goal, you may give up midway.”