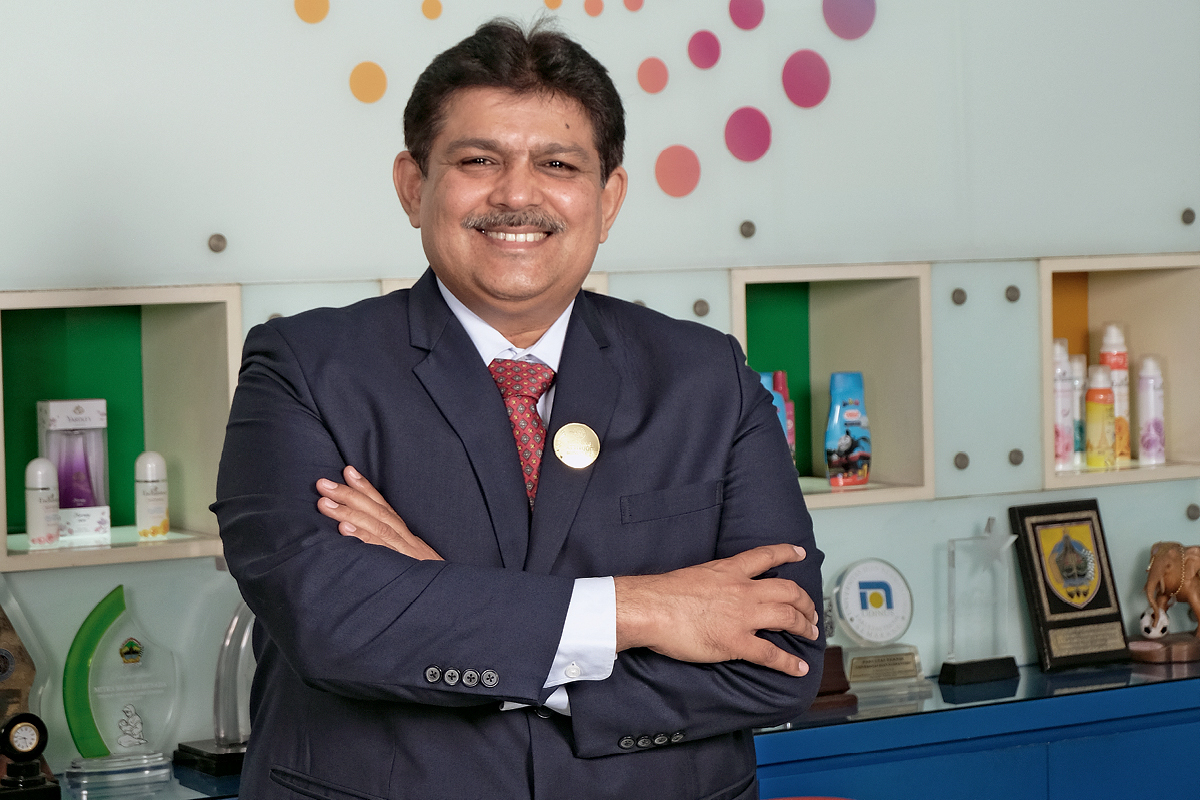 Although Neeraj Khatri landed fairly and squarely in the C-suite, he’s more than happy to step out of it from time to time. Admitting his leadership style is very hands-on, the Chief Operating Officer likes to spend at least a quarter of his day connecting with the people he relies on to keep Wipro Unza at its peak.

Whether it’s wandering through the markets chatting with the various customers, or meeting with the company’s distributors and retailers, Neeraj never fails to be buoyed by face-to-face communication.

“I’ll also do the office round, catching up with my team to share ideas. Not the people who report directly to me, but those at a level below,” he adds. “It’s a philosophy I’ve kept, to establish a rapport where anyone can approach me or I can approach them, without being seen as interfering.”

Neeraj was instrumental in propelling the software provider Wipro onto the international stage, not only away from the comfort of its Indian home but into a brand-new world of growth. Armed with an MBA, from Indian Institute of Management, Ahmedabad, Neeraj joined Wipro 24 years ago as a management trainee. If ever he was tempted to leave, he was tempted more by the opportunities to diversify, taking up roles in sales, marketing and business development.

“It gave me the chance to work on different aspects of the business,” he explained. “My initial role was in sales, where I was given the freedom to set up branch operations in the north of India. And the moment I was done with that, I was given a chance to get into marketing where I worked on the new brand Wipro Baby Soft and its range of products – a formidable challenge against huge competition from Johnson & Johnson.”

Inspired by Motorola and GE, Neeraj introduced the Six Sigma methodology, a management strategy using specific tools and techniques to reach targets aligned with the strategic objectives of the company. Various levels of certification are attained, as the program deploys teams on three- to six-month assignments to address issues such as process improvement, process design/redesign and process control, to reduce costs, defects and variations and increase revenue, customer satisfaction and employee morale.

“We got into Six Sigma in a big way, identifying the right employees to get trained and certified with Black Belts,” Neeraj explained. “I was, in fact, the first one from my unit to earn a Black Belt and, for the next 18 months, led some transformational projects to improve the quality of our processes.”

Recognising an opportunity for global expansion, Neeraj identified new territories and product lines, started business in South Asia and the Middle East, which ultimately led to the acquisition of Unza in 2007, a Singaporean company specialising in household and personal care goods.

As Vice President of Sales for Wipro Consumer Care in India, Neeraj concentrated on boosting sales in India, before relocating to Indonesia in 2012. In the new country, his challenge as head of Wipro Unza was complex as he faced the dilemma of blending different corporate cultures.

“In Indonesia, we effectively had a double acquisition having acquired Unza, which had, in turn, acquired the local company Vitalis. So we were struggling with the brands and cultures of three companies,” he explains. “We decided our priority was to focus on the local brands, rather than introducing Unza’s brands from Singapore and Malaysia. So, we identified that we wanted to become the market leaders in female fragrances and feminine washes and, within three years, we achieved that.” 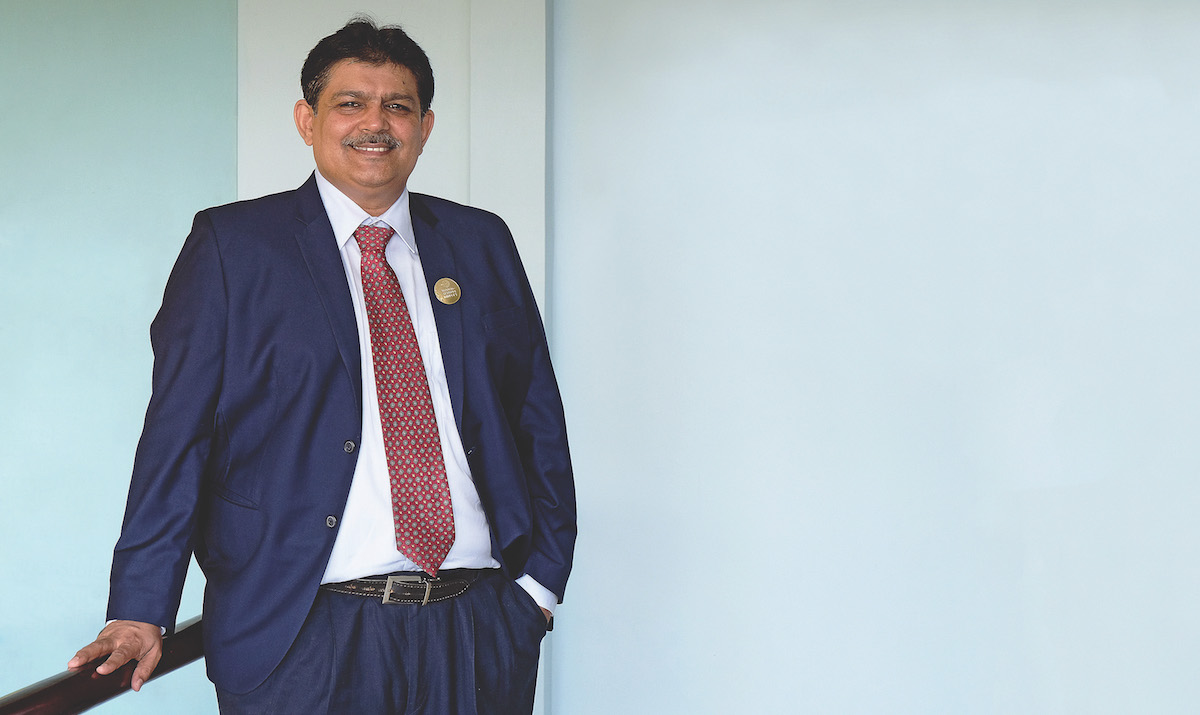 “Over the next two years, we aim to achieve a critical position with these two brands,” Neeraj says. “While we operate on a classical business model it’s the way we do business that differentiates us. The persistence required to enter a new market category is in our DNA. We use a very disciplined and consistent approach, in the belief that we can bring better value and products to our consumers.”

Surprisingly, despite his commitment for Wipro Unza products to become market leaders, Neeraj doesn’t believe it pays to have the perfect plan. He prefers to forge ahead with an idea, even if it’s not 100% defined, a strategy he adopted when confronted by Indonesia’s massively competitive and established market. He took risks, basing his decisions on an instinct to act, rather than wait.

“I had to,” Neeraj says. “I started doing it, not very consciously at first, but when I arrived in Indonesia five years ago, the business conditions were very challenging. It was difficult to get the right feedback and there were times when I knew what the right approach was, even though I didn’t have all the facts and figures. I had to trust my instincts rather than wait for all the information to be presented. While every angle may not have been covered, maybe only 80%, it was best to just act.”

“I had to trust my instincts rather than wait for all the information to be presented.”

He employs a similar strategy when selecting his team, focusing on an individual’s strengths rather than their weaknesses. Even if an employee may not be 100% ready to take on extra responsibility, Neeraj prefers to elevate and support them through a learning process rather than bringing someone in from outside. It’s why he is committed to employing locally, rather than importing overseas talent.

“Including me, there are only three expats in the company. Unlike many other multinationals, we feel it’s better to hire locals,” he says. “The team leaders who report to me are all local Indonesian employees who have been with us for years.

“It makes sense to back your own people, it generates loyalty,” he adds. “When you feel a person is 70 or 80% there, give them the responsibility. Their enthusiasm and energy will compensate for the 20% they lack in other areas, and you’ll benefit from that.”

He implements the same philosophy when it comes to marketing a new product. Rather than relying on foreign headquarters to dictate the changes needed to adapt a product to a local market, he prefers to make a local connection.

“Normally, head office would use the original advertising, bring in a local actor and reshoot it, not even allowing us to change the product packaging,” Neeraj says. “Instead, we allow the operating countries to work on local sensibilities. For example, when I launched Romano in Indonesia I did not use advertising created by our group in other countries. We did two years of homework to identify our customer and which categories would work. We were allowed that freedom; that’s where we are different.”

Six Sigma was introduced by Motorola engineer Bill Smith in 1986 and implemented as a central business strategy by General Electric a decade later. It has several levels of certification, including Champion, Green Belt, Yellow Belt, Black Belt, Brown Belt and Master Black Belt.

Neeraj is not oblivious to the digital revolution and the impact it will have on television advertising, still the strongest medium in Indonesia. He knows disruption is just a few years down the track.

“TV is still crucial and the most efficient way to reach Indonesian consumers and you can’t launch a brand without it,” he says. “But more and more people are on their mobiles, rather than watching television, so we have to find a way to reach them.

“Ecommerce is also starting to impact,” he adds. “It’s going to be a potential game changer and we are putting extra investment in that area to understand how we can take an early lead.

“This is where young people are invaluable, and I’d always encourage them to raise their hand. Opportunities can come at any time. Leaders and senior managers notice people who raise their hands. So, take responsibility. Take charge. Say yes, because that’s what gives you a chance to work on something that you would never do otherwise.”

“Opportunities can come at any time and leaders and senior managers look at people who raise their hands.” 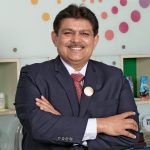