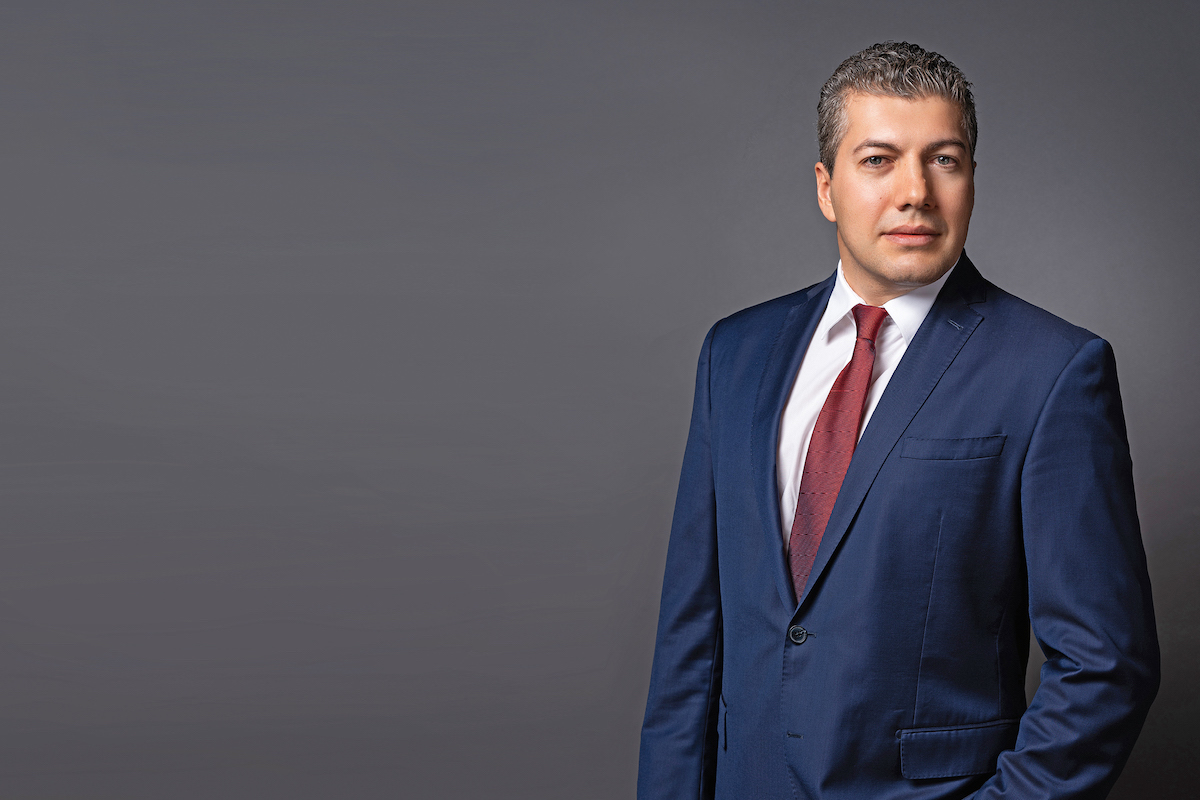 Unsurprisingly, Lotus is not the only pharmaceutical company to do well during COVID-19. But unlike many others directly involved with the pandemic, it did well despite COVID-19, rather than because of it. General Manager Petar Vazharov believes that the success is actually down to diversification and a strong leadership team, which formed a strong base to build from.

“Last year was the best year in the history of Lotus in terms of top line and bottom line,” he says. “The fact that we did extremely well in the most difficult year humanity has faced in the past 50 years is actually justification that we have a very strong team and that we did our homework pretty well in prior years to develop a diversified, resilient business that can stand up in such a situation.”

Petar has been with Lotus’s parent company Alvogen Group since 2009, shortly after it was first established, and as one of the first employees he got to learn at close quarters from key executives such as CEO and Chair Robert Wessman. Initially focused on Europe, when Alvogen absorbed Lotus as part of a merger in 2014, he was later offered the chance to head to Asia in 2016.

“It’s a totally different culture and was a big challenge at the beginning,” Petar recalls. “If you look at Asia, it’s different between cultures in South Korea and Taiwan. Then you have South-East Asia, China and Japan, which we’re tapping into by alliance with our strategic partner Fuji Pharma; it’s all totally different. The diversity here is amazing. The business model is also a bit different. It’s like a journey to build a bridge, and in some countries, it has happened faster than others. But the progress has been significant.”

And never more so than since COVID-19 hit. While it is the best year Lotus has ever had, Petar acknowledges that there were some geographical advantages and diversification efforts the team has been devoting during the past few years that helped with the outcome. 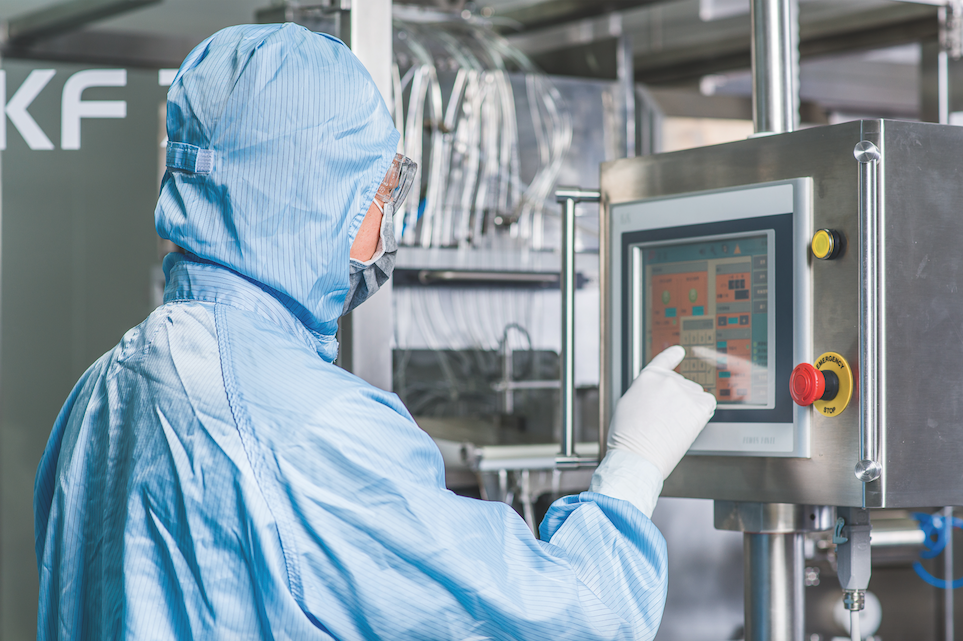 “We did extremely well as a company, because South Korea, Taiwan, Thailand and all of the Asian markets we operate in have done an outstanding job in managing the pandemic,” he says. “Diversification in both markets and portfolio have always been our priority to grow the business while mitigating risks.

So we’ve been executing the two-pronged strategy to create another growth driver on top of the solid backyard in Asian markets, and now, we have more balanced revenue streams between Asian markets and our export business boosting overall business.” Calm leadership also played its part, and unlike some businesses, Lotus found it was better to have fewer meetings.

“I realised at a certain point that the more meetings we had about COVID-19, the greater the panic we triggered,” Petar explains. “Our structure is designed lean and flexible, so we are always prepared and respond to issues on a timely basis. So unless it was something necessary, like solving a particular operational issue, there was no need to have meetings without any action items. The media was bombarding people with all kinds of information, and the more you talked about it, the more you started becoming a little bit paranoid.

The fact that we did extremely well in the most difficult year humanity has faced in the past 50 years is actually justification that we have a very strong team.

“The other fundamental success for us was we stayed focused on the business. We didn’t pause, we stepped up and delivered – in fact, outperformed – on everything we had planned before the pandemic struck. It was amazing because we launched a lifestyle product as part of our plans, so it’s not something people needed as a must-have.”

As well as a strong leadership team, the diversity of the company’s business also played a part. “Another reason we didn’t suffer last year is that we managed to diversify our markets, portfolio and business partners over the past two to three years,” Petar confirms.

“Take supply chain management. We obviously didn’t know COVID-19 was coming, but we knew that there was risk with a lot of suppliers in China and India, single suppliers for a number of products. So we decided to diversify and to have at least dual sources for the key products. We were trying to increase our leverage when it came to negotiations, but it also diversified the risk.”

Lotus has consolidated and strengthened its sourcing team from global talents, he adds, recruiting strong individuals with the ability to think strategically five or six years into the future, and also make decisions outside of the region, which is particularly important when there is a research and development element to the business.

With partners in every area of the globe, Petar feels the business is becoming more and more resilient. It’s also selling products worldwide, although a question mark hangs over China. “We are always monitoring the market dynamics closely,” he says. “China is a priority for most of the pharmaceutical companies, not only in Asia but all over the world, because it’s the largest pharmaceutical market. 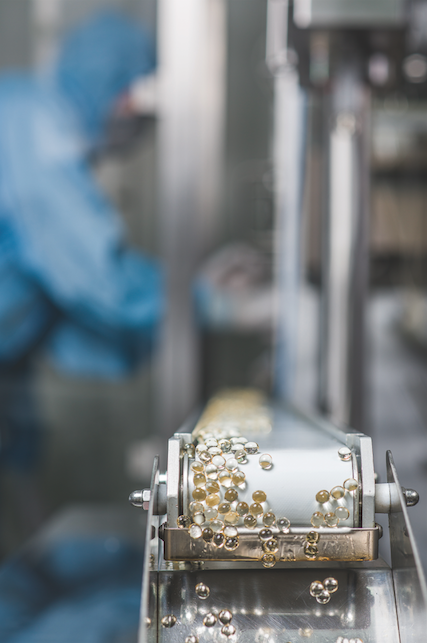 “We’re not desperate to be in China though, because we’ve realised there are a lot of risks there in terms of market access and regulations, as well as commercial risks. While we’re waiting to see more stability there, our team is aggressively tapping into the markets with great opportunities to realise advantages ahead of our competition. We gained an important strategic alliance with PTT, the largest publicly listed conglomerate in Thailand, to strengthen our footprint in South-East Asia, and signed the first co-development agreement with Fuji Pharma for the first high-value generic product in Japan this year. With all the efforts being paid off over time, Lotus will be much stronger and even in a better position to expand into more countries around the world.”

And part of its five-year plan is a big contribution from the US because of its first meaningful commercial launch product, buprenorphine/naloxone film product, with lenalidomide to be launched in 2022.

“Although the US is a challenging market, with the right partner you can be more competitive than others,” Petar says. Europe and the Asia–Pacific will continue to be an important part of the business, with growth in South-East Asia a strong uptake. In terms of leadership, Petar recalls his time spent learning from Robert Wessman – who is also Chair of Lotus.

“He is a great example of a great leader with knowledge, strategic thinking and the vision to define the strategy and goals, and then articulate them clearly,” he explains.

“It’s very important to build the team, maintain the team and be part of the team. Strong leaders have to be focused on the big picture.” And for Petar, the big picture looks very exciting and he is proud of the whole team. 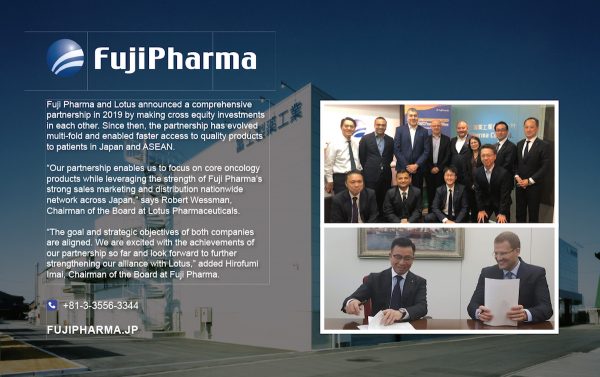