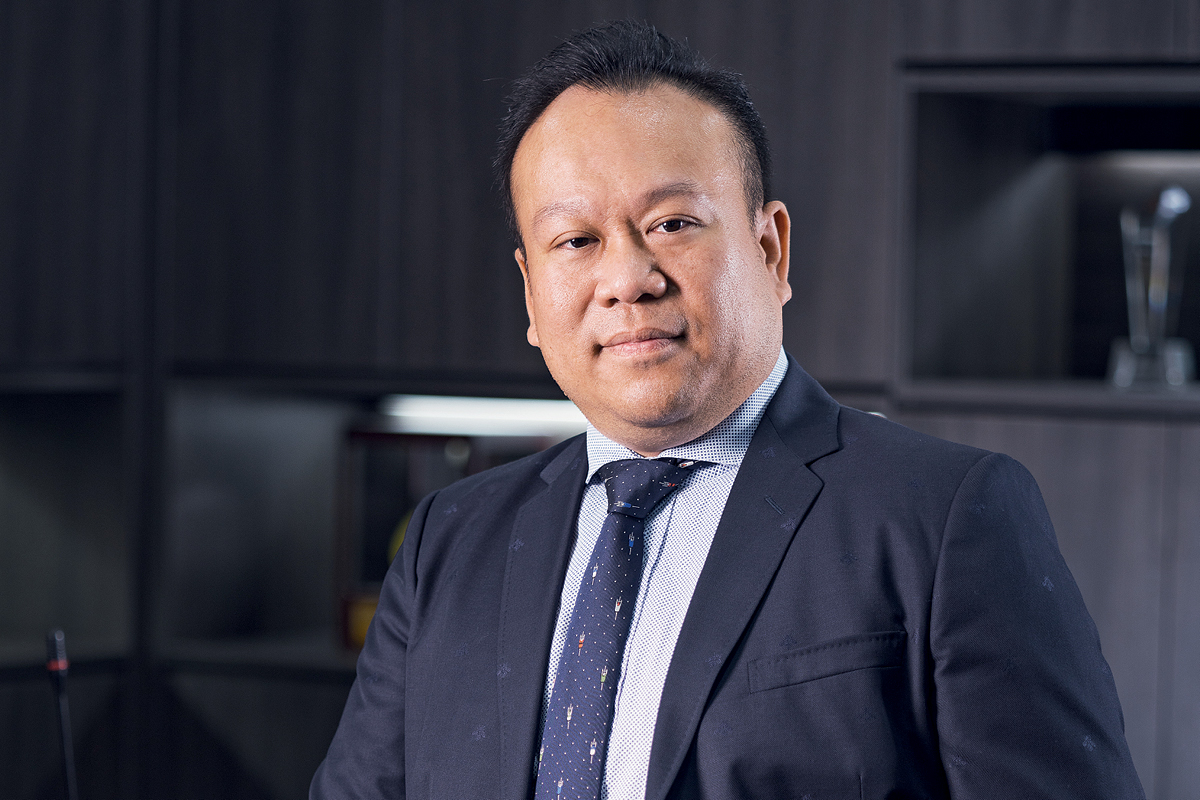 Becoming a doctor was a deeply personal ambition for Peter Lee; one he’d harboured since elementary school. “My grandfather had lung cancer and I saw how much pain he was in when I visited him in hospital,” he remembers. “I told him I wanted to become a doctor to relieve the pain and discomfort of patients. Even though I was just a kid talking, it really had an impact on me, and I went on to study at med school.”

Today, as Vice President of CHC Healthcare in Taiwan, Peter’s career path has taken a different turn, but his determination to help people with cancer hasn’t. It’s a commitment he shares with his father, Pei-Lin Lee, who founded the company in 1977.

In 2017, the company joined with Taipei Medical University and Hospital to introduce proton therapy, the most advanced form of radiation therapy using high-energy proton beams to irradiate tumours.

“Actually, both my grandfathers died from cancer,” Peter reflects. “My father was working as a radiology technician in his 20s, taking care of his four younger siblings and travelling far after his shifts to visit his father in hospital. One day, he was so tired that he hit someone with his bike, so he understands very well the difficulties and the vulnerability of being a family member of a cancer patient.

“He decided to establish his own company and focus on introducing state-of-the-art equipment and pioneering cancer treatments to Taiwan and those in need. CHC has been focusing on the area of oncology ever since.”

Peter was working at the MacKay Memorial Hospital in Taipei eight years ago when his father, Pei-Lin Lee, called asking him to join the company. He needed his son’s medical expertise to help the business expand overseas and transition from a very small domestic company to a public one.

“In order to enhance the quality of cancer treatments and new technologies, we started making our transition into a total solution medical company,” he explains. “Today we not only provide equipment, we offer training, seminars and symposiums to help doctors upgrade their skills.”

“It’s the fight between a doctor and a businessman; the tag war between trying to provide the highest standard of medical services at low cost and making a profit.”

Peter’s ongoing challenges vary, from trying to persuade the ‘very closed circle’ of senior doctors in Taiwan to take advantage of the innovative training CHC offers, to his own personal battle between helping others and running a profitable business.

“It’s the fight between a doctor and a businessman; the tag war between trying to provide the highest standard of medical services at low cost and making a profit. Deep in my heart, I want to provide people in need with the best available treatment, without worrying about cost. I’m always thinking about how new technology can help patients without thinking too much about the economics. 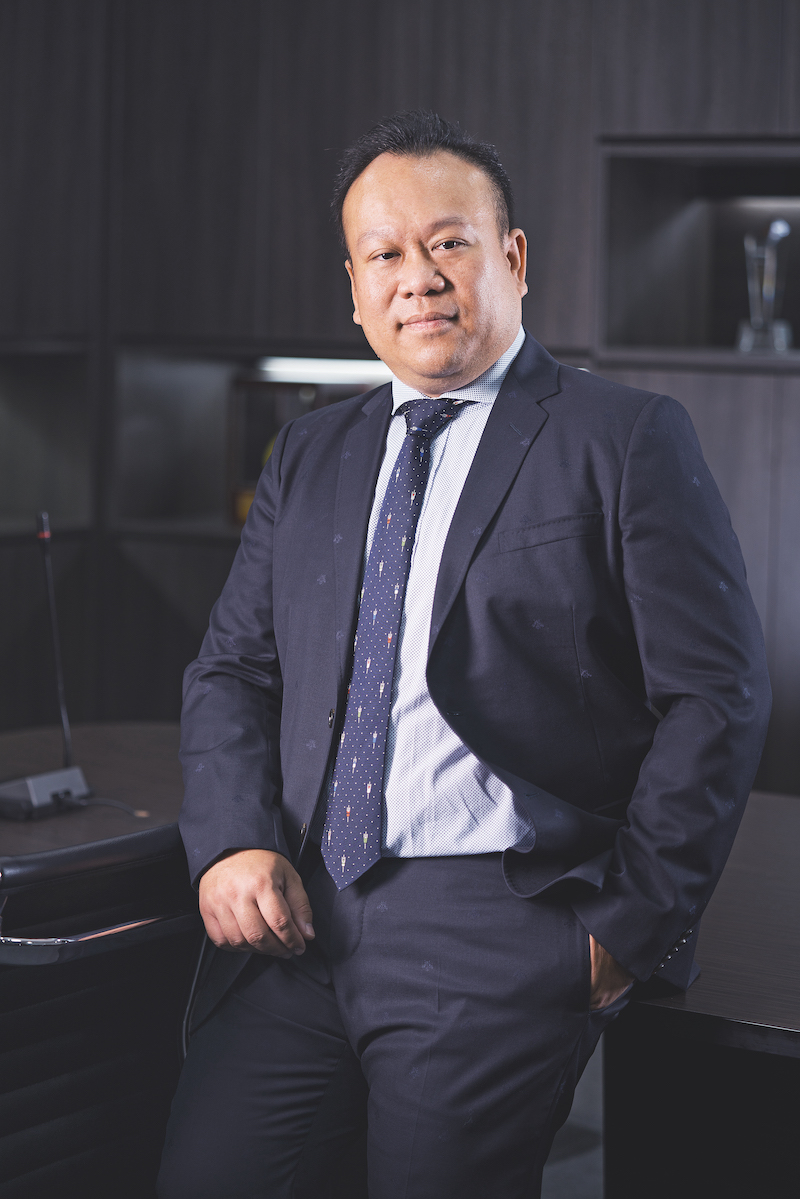 “It’s been quite challenging coming from a medical background with no business experience. It’s very different from what I learned and trained for in medical school. Many of the financial terms, and how to do a business proposal and negotiate, were all brand new to me. Also, as a young doctor, it could be difficult leading more senior employees with up to 20 years of experience in business, or senior doctors trained to have their own opinion and make decisions.”

Despite the challenges, Peter is certainly making his mark with CHC. Among his many achievements, he has been instrumental in designing and building the new CHC headquarters in Taipei; upgrading working environments; increasing patient and doctor numbers; establishing volunteer groups; introducing new products and medical robotics; and conducting numerous seminars to share international expertise.

The company is also in the process of setting up more hospitals and aged-care facilities to cater to the ageing population of Taiwan, and is looking at expanding into Cambodia.

Peter is also focused on determining the future of CHC and the role it will play as a group, having evolved from a small family business into one of Taiwan’s leading healthcare organisations.

“We have been so successful and grown so fast, we haven’t really had time to take a good look at ourselves and reflect,” Peter says. “There are so many things we want to do with so many different opportunities, but are we ready for those opportunities? Is our infrastructure prepared to take on all these new operations and with many of our department heads still used to following orders directly from the top, are they ready to step up, handle a new business and make their own decisions?

“Starting with changing the logo that we have used for 40 years, I have been trying to insert a soul into this company. I want our employees to do some soul-searching to figure out our identity. We are definitely on the right track and are starting to make progress.”

As a father of two, Peter says he balances his work and family time while still managing to fit in his other passions – sport and music. He has played the piano since age four and passed the highest grade in the Royal Conservatory of Music in Canada when he was 15.

“Music is very important to me and if I hadn’t become a doctor, I probably would be in the music industry,” he says. “I’m also very sporty, playing basketball, tennis and golf at high school and university.”

“Doing the right things and not just doing things right is so important in the healthcare business.”

So that he never loses touch with his motivation for medicine, Peter attends an outpatient department once a week to share everything he has learned with patients and to learn from them what else is needed to make them more comfortable.

“Doing the right things and not just doing things right is so important in the healthcare business,” he reflects. “We are dealing with the life and death of human beings, so we have to regulate ourselves with higher moral standards than other business sectors.

“Nothing is more satisfying than seeing patients recover from illness and become healthy again, particularly when it’s due to CHC technology and services. Seeing the smiles on the patient and patient’s family is priceless.” 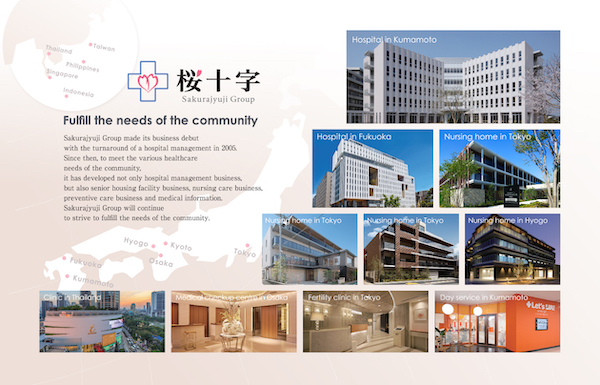