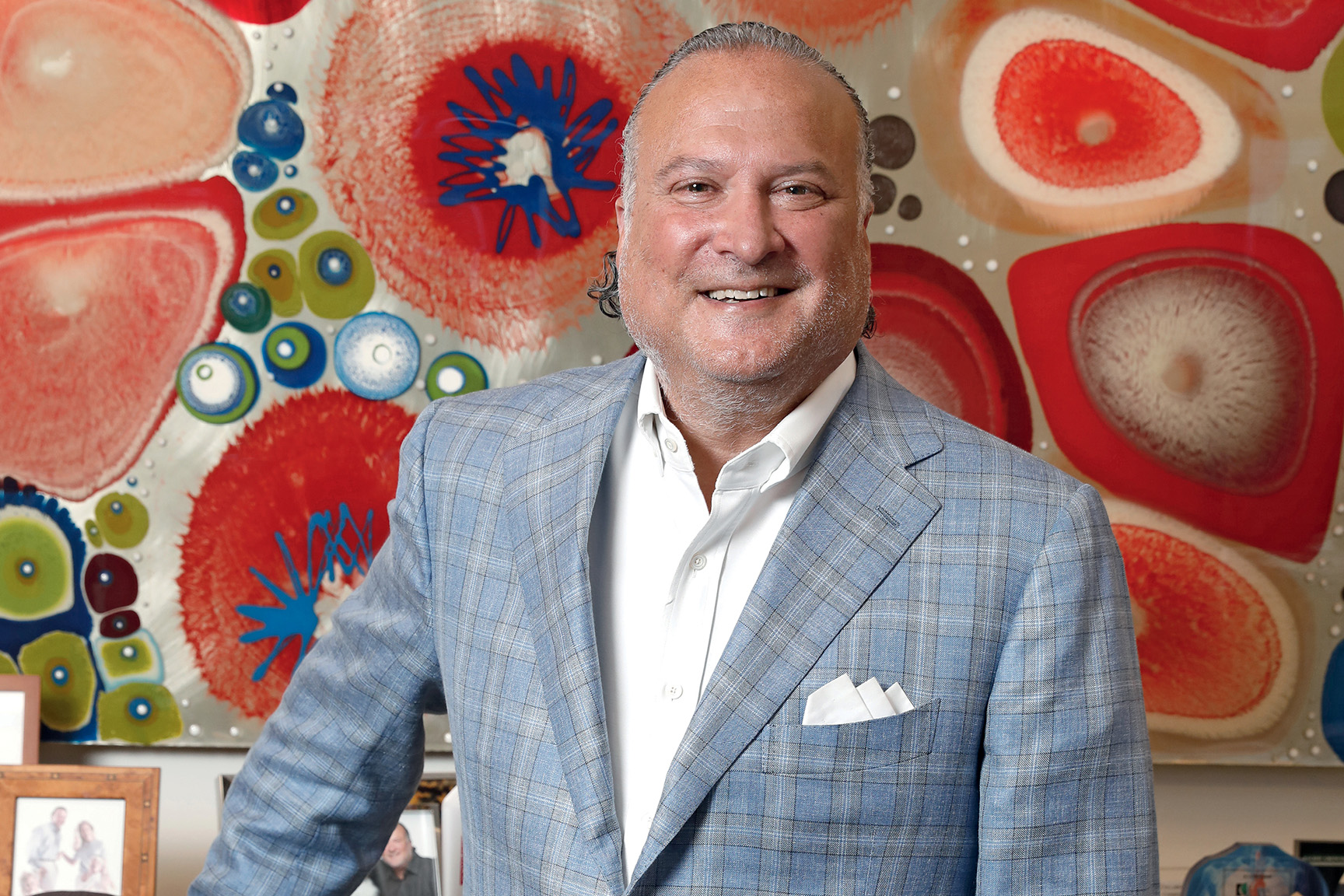 The intersection of business and medicine is at once the apex of enterprise and a graveyard of good intentions. Turning brilliant science into a commercially viable medicine often crowds scientific rigor, hard work and hope into interminably long periods of commercial imperative and disappointment.

But success can change the lives of millions for the better. That’s the driving force behind Robert Blum, President and CEO of Cytokinetics, a company at the pointy end of research and development of new medicines for muscle dysfunction.

Robert’s enthusiasm for the crossroads of medicine and business was fired at Stanford University, where he majored in biology and economics. He had discovered a “fascinating intersection” of businesses arising around new biotechnologies.

“It was a period when new companies formed around genetic engineering, and it sparked my aspiration to play a role in the translation of new biotechnologies into new medicines,” he says.

“I was inspired by people like Bob Swanson, the Founder of Genentech, who not coincidentally was our first angel investor at Cytokinetics. He was considered a real hero forging a path to new biotechnologies in medicines, and I thought it was fascinating that one could make business out of science.”

Robert had his first experience of working for large multinational pharmaceutical companies back in 1982, before entering Harvard Business School in 1989, graduating in 1991 and joining COR Therapeutics, a biopharmaceutical company focused on the biologies of thrombosis and clot formation.

After the commercialization of a new medicine in 1998, he took part in the formation of Cytokinetics. “Initially my role was as Head of Business Development and CFO and, over time, I took on more responsibilities,” he recalls.

“At one point, I took on leadership of Research and Development, then became the President of the company. In 2007, I became both President and CEO.” Cytokinetics is a leader in a specific area of biology focused on the discovery, development and commercialization of new medicines that modulate the mechanics of muscles associated with muscle weakness, dysfunction and impairment, like heart failure and ALS.

The company divides its research pipeline into two verticals – cardiovascular diseases and neuromuscular diseases. It has developed drug “candidates” that either activate or inhibit the proteins involved in the machinery of muscle power, force, function and endurance.

“We now have five of those drug candidates in clinical trials,” Robert says. “For our Vision 2025 strategy, we expect to double that to 10 new programs in clinical trials during the next five years. And, in doing so, we’re going to move beyond the contractility of muscle to R&D programs that relate to energetics, growth and metabolism of muscle.” 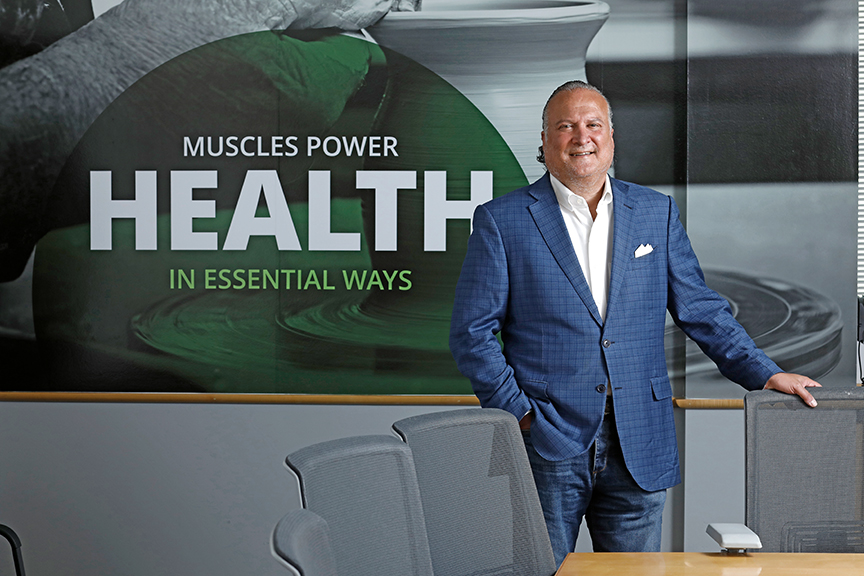 In 2005, Cytokinetics began human clinical trials with omecamtiv mecarbil, a cardiac muscle activator that the company believes holds promise for the treatment of patients with heart failure.

“We have been conducting clinical trials in partnership with Amgen,” Robert explains. “GALACTIC-HF [Global Approach to Lowering Adverse Cardiac Outcomes Through Improving Contractility in Heart Failure] is the pivotal trial that we hope, if positive, will support worldwide registrations and marketing authorizations. As the population ages, heart failure is now the number one reason why people [in the US] over the age of 65 are hospitalized.”

GALACTIC-HF is a very large clinical trial of more than 8,200 patients in 35 countries, with patients on omecamtiv mecarbil or a placebo for a couple of years.

Cytokinetics hopes to see evidence that omecamtiv mecarbil, when added to standard of care, can contribute to a reduced risk for heart failure patients as measured by fewer cardiovascular deaths and hospitalizations.

Cytokinetics has close ties to medical societies, academic centers and patient advocacy groups dealing with the real-world consequences of these diseases on patients. These groups are heavily involved in guiding and advising the company on the work it is doing.

“They are experts in living with and managing these diseases and guide our scientists and clinical researchers in how to think about the most important and impactful attributes of a drug that we are developing,” Robert says.

“This is so we can ensure we’re developing it as fit for purpose and that it addresses a patient’s underlying needs. So they play an essential role in partnering with us as we pursue these potential medicines.”

I would like us to be remembered for taking big risks for the right reasons for patients.

These partnerships align with the close relationships Cytokinetics enjoys with its collaboration partners – those like Amgen, Astellas and, most recently, Ji Xing Pharmaceuticals, which fund research in support of clinical trials.

“We have benefited greatly from partnerships over many years,” Robert insists. “We leverage the lessons, the infrastructure and capabilities of our partners to help us mature our own capabilities and bring us one step closer to patients with everything we do. These are important, longstanding collaborations that we have expanded over the years. Some of them take on elements of joint research and development, and as we expect to proceed to commercialization, we would do so alongside our partners.”

Cytokinetics has a long – and winding – road to travel to find commercial success from its years of research. But the simple fact is there is no shortcut to developing a drug and successfully bringing it to market – an assurance of quality and safety for which everyone should be grateful.

“We like to joke that no-one will ever accuse us of being an overnight success,” Robert says, laughing. “I started this company in 1998 with scientific colleagues – remarkable professionals who have dedicated their professional careers to this biology and its translation to new medicines. These are people who are authentic to the values that come with high integrity science. They are selfless, courageous and persistent in their quest for new medicines for patients who are desperately in need of them and it’s a great privilege to be able to work alongside them.”

One of the hallmarks of Cytokinetics’ success has been the continuity of its senior team. For example, the company’s first scientist, Dr Fady Malik, leads R&D at Cytokinetics more than 20 years later.

Its Head of Business Development, Elisabeth Schnieders (PhD), has been with the company for 20 years, Head of Commercial Development and New Product Planning Scott Jordan for 18 years and many others have been at the company for between 15 and 20 years.

“The continuity of our team speaks to the quality of our culture, the discipline of our mission and commitment to patients,” Robert says. “That puts us in rarefied air to have such longevity, persistence and perseverance with the same team members.”

Robert hopes Cytokinetics will be remembered as a company that ensures patients have equitable access to the medicines that it’s developing, as well as for being a truly innovative organization that addresses unmet needs in the area of muscle biology and pharmacology. “I’d like us to be remembered for taking big risks for the right reasons for our patients,” he says. 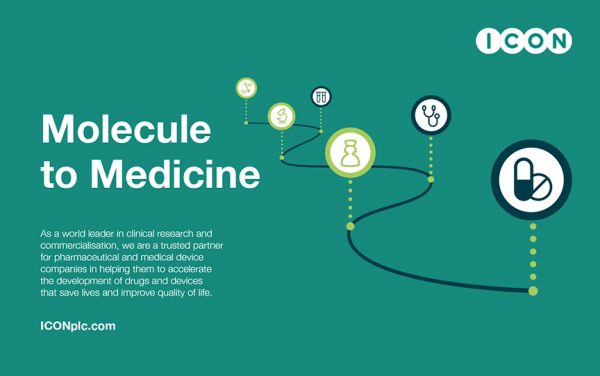