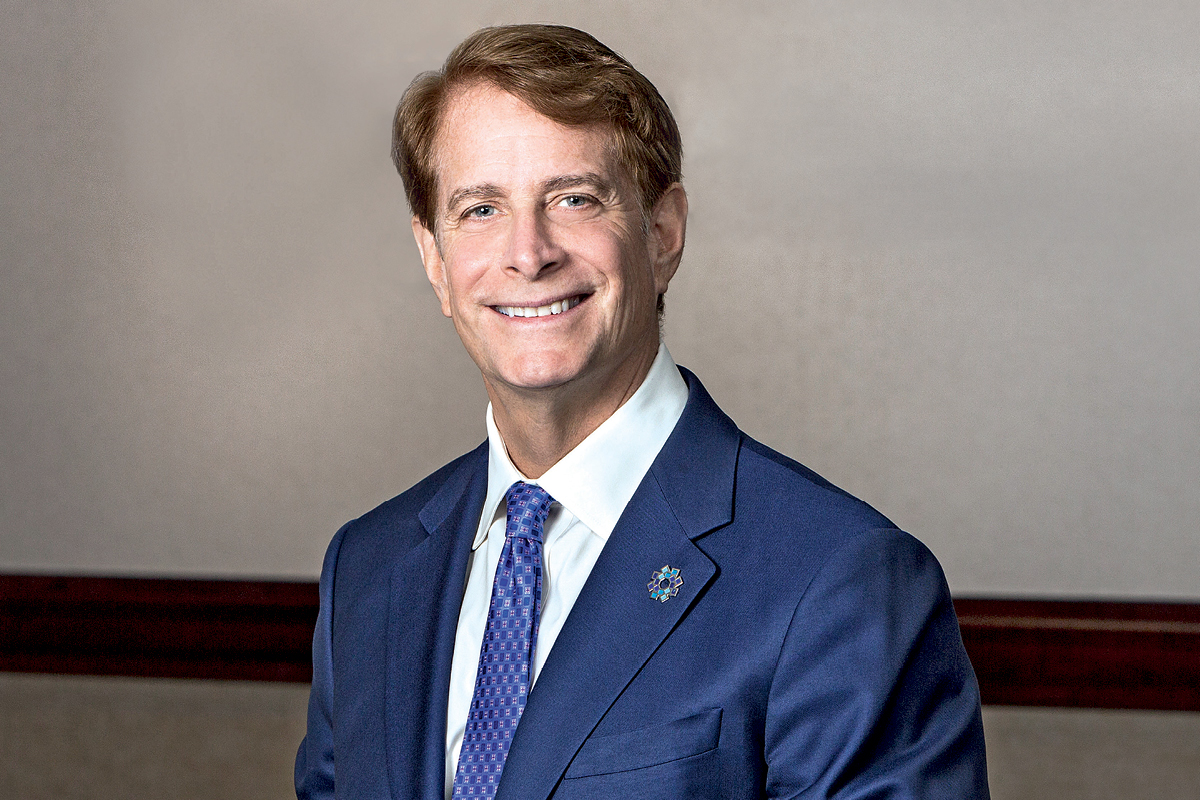 While doing the rounds at the Southern Ocean Medical Center in New Jersey, Hackensack Meridian Health CEO Robert (Bob) Garrett was approached by a man whose wife was in the hospital for cancer treatment.

“He spent around 15 minutes telling me how much of a difference the team had made to his wife and him, and how they wouldn’t have gotten through this period without the team’s support, dedication and compassion,” Bob tells The CEO Magazine. “That meant everything to me. Our mission here is to transform health care, and when I see that happen before my eyes, it gives me a great deal of satisfaction.”

Bob was inspired to join the medical field after encouragement from a family friend, Sister Mary Jean Brady. She was the administrator at Mercy Hospital in Rockville Centre, which was close to where he grew up. “She suggested I do a summer internship there, which got me more familiar with hospitals,” Bob recalls.

“It was an incredible experience. I had no idea at that point of the depth and breadth of what it takes to run a hospital.”

One of the many lessons Bob learned from Sister Mary Jean was about always being true to your mission. “She was always very focused on mission,” Bob says. “I would ask her questions like, ‘What guides you in terms of making decisions?’ And she’d say, ‘I always think about the mission.

I think about our role in the community, how we need to support the community and how we have to put patients in the middle of our thought process as we’re making decisions.’” This guiding principle has stuck with Bob throughout his professional career.

While attending graduate school at Washington University in St. Louis, Bob took on a residency program that Hackensack University Medical Center was offering. “I looked at Hackensack, and what I saw was a community hospital that had so much potential in terms of medical staff recruitment and strong community programs,” he says.

After joining in 1981, Bob rose in the ranks over the years to eventually become President and CEO of the medical center, which eventually grew into Hackensack University Health Network.

In 2016, the network merged with Meridian Health to create Hackensack Meridian Health, an integrated healthcare network comprising 17 hospitals and more than 180 patient care facilities throughout New Jersey. Bob says it was a “merger of equals”, a typically difficult type of merger. Nonetheless, both organizations handled it well.

“Before we even closed the transaction, we were able to bring both boards together for a retreat,” he says. “We were able to align on what the strategic priorities were going to be for this new entity, Hackensack Meridian Health, when we closed the deal.” 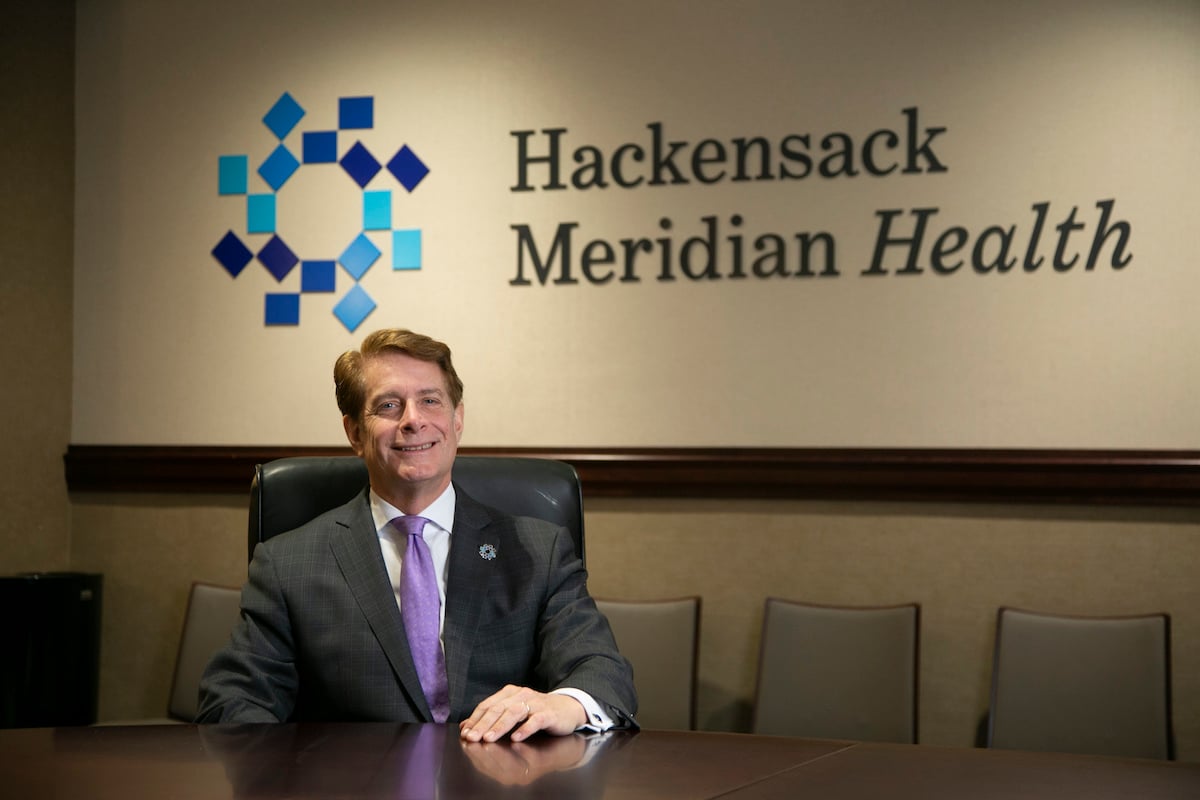 With the merger came the appointment of John K Lloyd as co-CEO to share the title with Bob. It was a pleasant pairing, as the duo had met 30 years ago and have been friends and colleagues for most of their careers. “We admired each other and respected each other’s work, so that was certainly helpful in forming the partnership,” Bob notes.

And although the co-CEO model works well for Hackensack Meridian, “it’s not something we recommend to others because we had very unusual circumstances here,” Bob says with a laugh. “The first thing was we had known each other for 30 years before that. The second was that we complement each other’s capability, and the third was that we had a succession plan from the beginning. We worked hard to make it work.”

Under the succession plan, the boards agreed that John would retire two and a half years into the merger, which occurred in December 2018.

Hackensack and Meridian each brought different strengths to the table, says Bob. “John and I really had different areas of focus,” he explains. “Meridian formed a robust continuum of care, a big ambulatory care network and a large post-acute care network.

My focus was more on the hospital side of the enterprise and making sure we had great quality outcomes, that we expanded our profile into the academic area and began to plan for a new medical school. We also invested heavily in research infrastructure. So we complemented each other perfectly.”

Hackensack University Medical Center remains the flagship hospital of the healthcare network and does a lot to support medical students in New Jersey. The network opened the Hackensack Meridian School of Medicine at Seton Hall University and created a US$100 million endowment fund to give talented students a chance to achieve their dreams of being a physician in New Jersey.

“We’re really committed to creating a physician workforce for the future,” Bob says. “We want the physicians we are training to stay in New Jersey because, right now, too many of them leave our state.”

Bob is proud of the school’s diversity, innovation and community commitments. “The first class is now enrolled,” he says. “We have 60 students – nearly half of them are women – and 20 per cent are from underrepresented areas. We even have a significant number of immigrants who are part of our student body, about 17%.

They are just terrific people. They are motivated and inspirational.” What’s more, enthusiasm for the new school is growing, too – it has received more than 4,700 applications for the second class.

Meanwhile, the network’s cancer program just received the National Cancer Institute’s Comprehensive Cancer Center designation through its partnership with Georgetown University. This designation recognizes exceptional research and is bestowed on just a few dozen centers in the US. 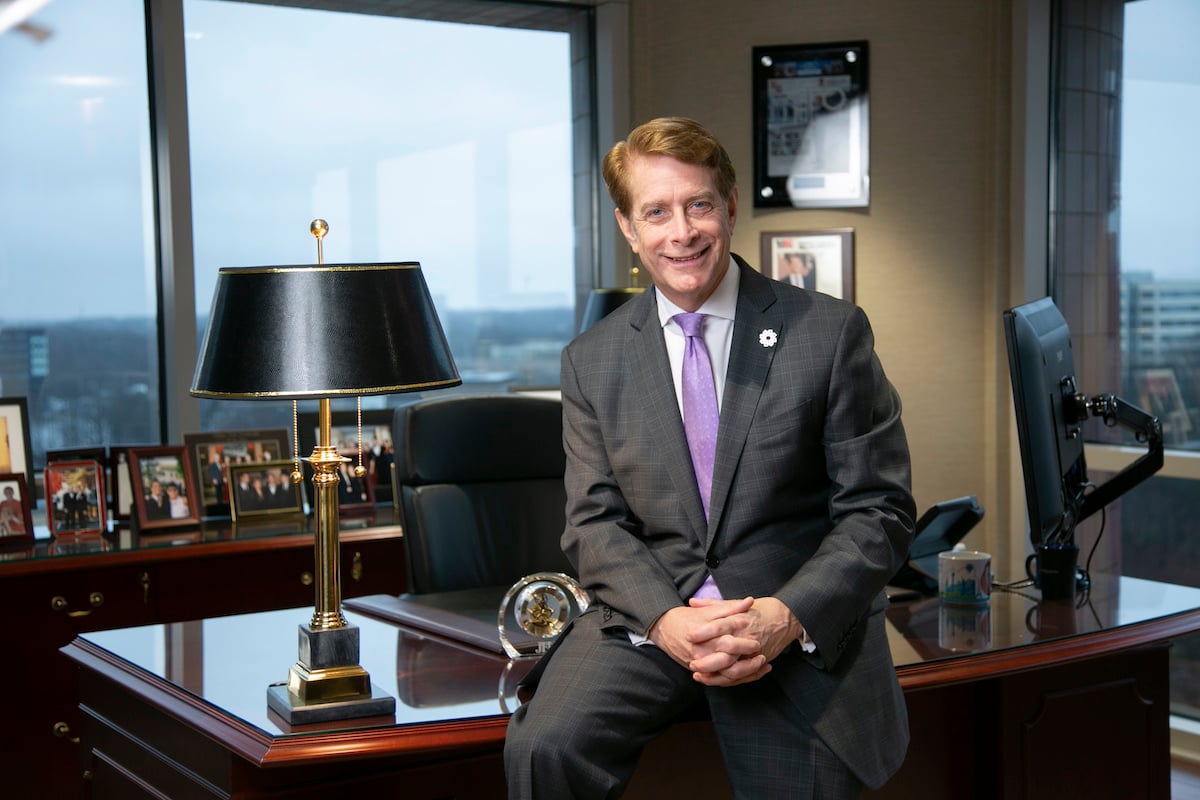 Bob acknowledges that health care is changing dramatically and that leaders in this sector have to be ready to evolve accordingly. “More health care is being delivered outside the hospital, so I think people coming into the field today need to be a bit more flexible,” he says.

“The skill set of traditional hospital administrators is going to need to change, because they’re going to need to be more adept at providing health care in alternative settings, like urgent care centers and surgery centers.”

He adds that although healthcare leaders will need to think more creatively – essential in an era of so much disruption – the number one principle should be the same: “You’ve got to be true to yourself and your mission. You’ve got to want to make a difference to people’s lives and to transform health care,” Bob concludes. 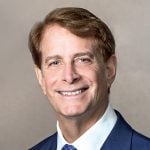