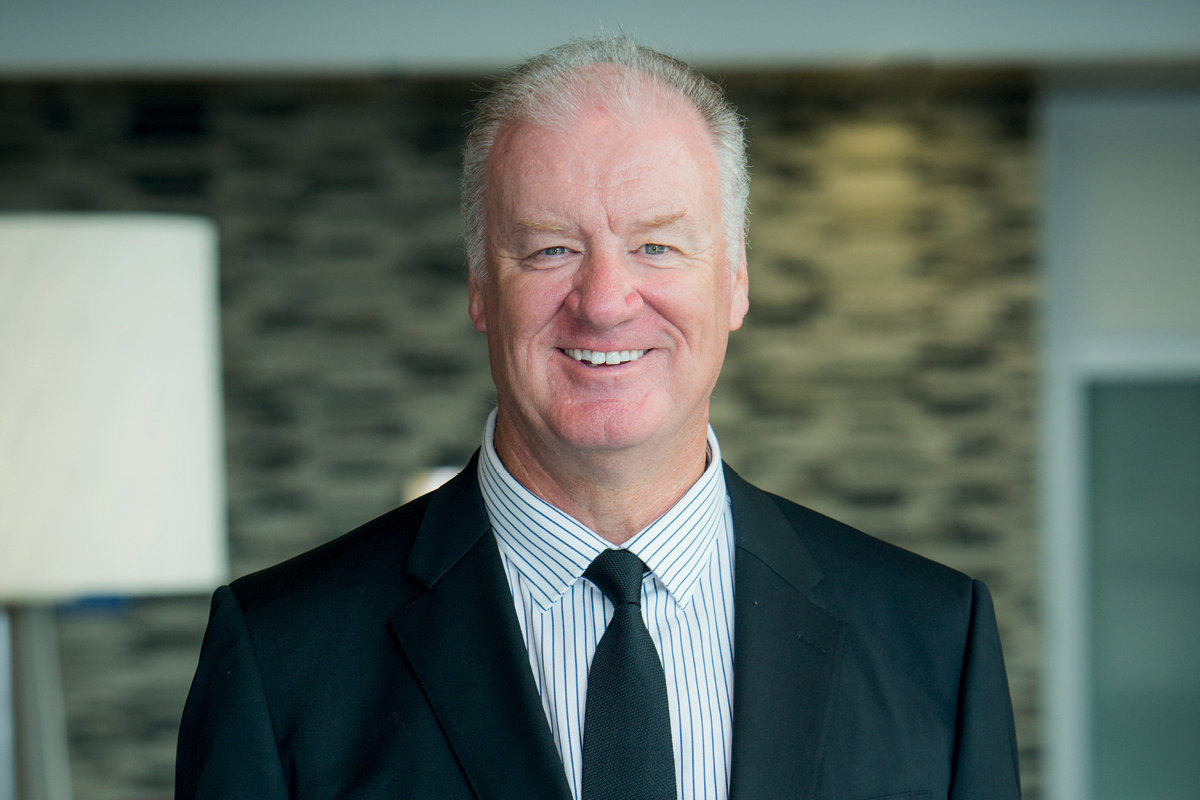 A complete and total makeover was just the medicine Gold Coast Health would need to step up its game and stand out in the public healthcare arena. So that’s exactly what it got. In 2013, Gold Coast Health moved from the old Gold Coast Hospital at Southport into a A$1.8 billion, state-of-the-art masterpiece to keep up with the area’s explosive population growth. And the results of this move have been nothing short of astounding.

“Everyone who comes to this hospital says there’s something different about it compared to other hospitals they encounter,” says Gold Coast Health’s CEO Ron Calvert. “Gold Coast University Hospital and Robina Hospital are very high quality, and our staff takes great pride in working in such pristine buildings. I think that was the trigger for a change in attitude.”

Ron believes the culture of the organisation is leaps and bounds from what it was when he signed on as CEO in 2012. Moving into a tremendous building created a huge shift in behaviour, fostering a culture of oneness, where everyone bands together over one shared goal: to provide topnotch patient care. “Our belief is that when the culture is strong and the situation is complicated, people will try to do the right thing. That’s the result of a healthy culture,” he says.

And the health of this culture isn’t left to chance. Gold Coast Health regularly injects engagement techniques and other well-thought-out initiatives across the organisation to keep things running smoothly. “We try to equip our people. We use improvement science a lot,” Ron says. “Everything we do is driven by evidence and data. We believe you can only improve what you can measure.”

For that reason, every two years the organisation sends out a ‘Going for Gold’ survey to its staff. It’s a 40-minute survey that helps them not only achieve magnet accreditation, but also keep a check on the internal pulse of the organisation. The last survey had a remarkable 67% completion rate.

“More than 6,000 people completed the survey, and of all those respondents, 65% agreed with the statement, ‘Gold Coast Health is a truly great place to work’,” he shares.

“It’s one of the things that has been most pleasing about the journey we’ve been on. And, in our next survey in February with a bigger workforce, I’d like to get a bigger response rate. I’d also like to get more than 65% of our staff telling us it’s a great place to work.”

It’s not unlikely for Ron to get his wish. Even Newsweek recognised the phenomenal work Gold Coast Health is doing. In the publication’s ‘World’s Best Hospitals 2019’ survey, Gold Coast University Hospital was named the sixth best hospital in Australia and Robina Hospital came in at 32.

“We want to build on that and carry on enhancing the reputation of this organisation,” Ron says. One way he plans to do this is by continuing to invest in the culture. Gold Coast Health regularly hosts company-wide programs and initiatives like Thank You Week, the Values Awards and The Improvers event. 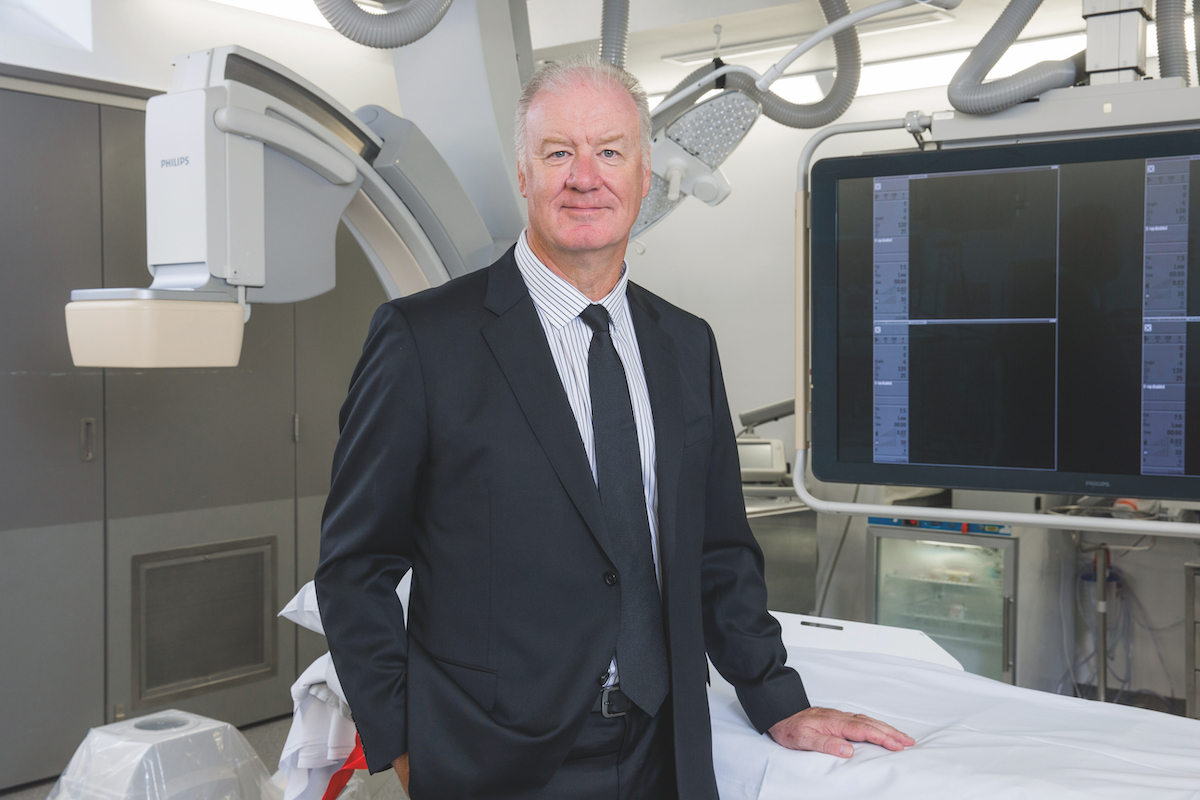 “There are thank-you walls throughout the hospital where people take time to thank each other for all they do,” he says. “And every quarter we have our Values Awards, when the staff members nominate individual members who exemplify our values. The winners are then invited to our Golden Gala Awards night, which is a black-tie event. Last year, tickets sold out in three minutes and a thousand people came.”

At The Improvers event, different departments come together to showcase their innovative spirit. They’re given 60 seconds in front of the Health Minister to pitch their ideas for enhancing patient care. After a round of questions, a winner is selected and the winning idea is funded. There is also a People’s Choice Award for the several hundred staff in the audience and staff joining via a live stream.

“We recently invested A$40 million into an integrated electronic medical record.”

“We involve our staff in planning for the future,” Ron says. “There are areas of the hospital where the staff have more freedom and independence to manage their operations. Provided they hit their ‘granditudes’, they basically have the freedom to decide their own future. We’ve found the more we do as an organisation, the prouder our employees get. It’s a nice, self-fulfilling circle.”

On theme with its future-forward focus, Gold Coast Health is now prepped and ready to take on the looming digital revolution that’s set to sweep the healthcare world over the next decade.

“We recently invested A$40 million into an integrated electronic medical record,” Ron says. “We wanted the software to support decision-making, flag allergies, suggest alternative drugs and ensure the next stage in the patient journey is done the right way to guarantee high-reliability care,” he shares. “We put a whole digital look to the entire patient program ahead of us.”

According to Ron, artificial intelligence is also set to sweep the global healthcare scene. There are currently artificial intelligence programs that have the ability to constantly monitor a patient’s physiological state from multiple different measuring devices. It’s a groundbreaking achievement, he says, especially when it comes to sepsis.

“We’ve made great strides as an organisation. So many people here do such a good job. I’m really proud to work here.”

“Sepsis has a very high mortality rate,” he says. “If you have sepsis, it’s really bad news and hard to treat. With this artificial intelligence, we can predict the onset of sepsis up to 24 hours before it happens. No human being can do that.”

But Ron knows all about the impossible. When he signed on to manage Gold Coast Health roughly eight years ago, he performed a rather superhuman task himself. Back then, the organisation was relatively small. Fast-forward to today, and it’s almost unrecognisable. Under Ron’s leadership, Gold Coast Health has seen a rapid expansion of services and what was once a A$760 million turnover, is now about A$1.6 billion.

“It’s a huge amount of money to be importing every year, an average increase of more than A$100 million per year. And yet, demand for health care from the Gold Coast population continues to grow at an even greater rate than the financial growth – it’s a hugely booming area. We’ve made great strides as an organisation. So many people here do such a good job. I’m really proud to work here.” 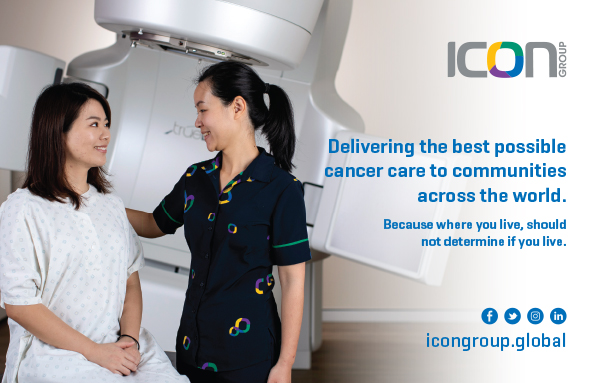