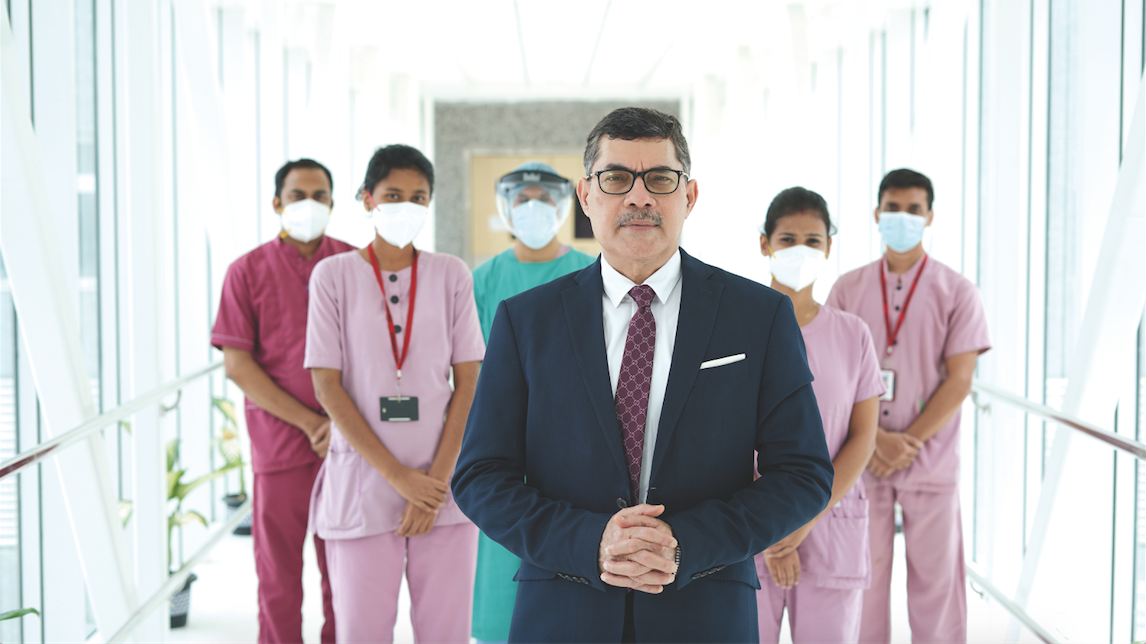 When Rupak Barua joined AMRI Hospitals as CEO in 2014, the company was going through an extremely difficult time. Three years earlier, a fire at its 190-bed hospital in Dhakuria, Kolkata, had claimed around 90 lives, forcing the facility to close and badly damaging AMRI’s reputation and brand.

The company was still losing large amounts of money when Rupak took on the role. His job was to help reopen the Dhakuria facility and begin repairing the company’s image. “The group was incurring huge losses,” Rupak recalls. “There were enormous problems externally in terms of branding on top of the financial problems.”

It was a challenge that others might have shied away from, but Rupak believed the company could recover. “I always had the confidence to do this and believed in myself, and I knew that this was the right challenge for me,” he says.

“My first goal was to reopen the hospital.” A few months after he started, he achieved that goal, and the hospital finally welcomed people back to its in-patient department. His next task was to rebuild public trust. “There was a significant negative perception from the public,” Rupak admits.

“You can do whatever you like, but it’s very difficult to control the public feeling.” His strategy was to focus on providing excellent services at AMRI’s facilities, and to deliver value to patients. If he took care of that, he reasoned, its reputation would eventually take care of itself. Gradually, he started to see results. “Things actually started moving in a very positive direction,” he shares.

“We started to feel like we could manage the external situation and public perceptions. People started understanding this brand and coming to the hospital because of the reputation we were building for excellence and value.”

By 2016, AMRI was receiving accolades for its work including being judged among the top private hospitals in Eastern India for five years in a row by The Week magazine. Since then, it is the only private hospital in the region to have been included in the ‘Newsweek-Statista Global Hospital Ranking’ survey in both 2020 and 2021.

We are talking to the insurance companies about how insurance can be made more affordable to the community.

AMRI was also awarded Best Hospital for Patient Care (East) by Economic TimesHealthworld in 2020. “All the group’s hospitals started functioning again, and we could start fixing the financial situation slowly, gradually, and the star doctors who left after this incident all started coming back,” Rupak says.

Since Rupak joined the company, AMRI has added roughly 600 beds to its four hospitals. Meanwhile, revenues have increased from around INR7 billion (US$95 million) to INR9 billion (US$122 million). Having returned the group to a strong position, he is now focusing on further expansion plans.

To this end, one of its facilities will soon begin offering transplant surgery – something that is in short supply in eastern India. AMRI will also add hundreds more beds to its facilities, one of which is set to become the largest hospital in the region. Rupak will spearhead digitalisation across the group too by moving to a paperless system by next year.

Additionally, he is in the process of recruiting specialists who are trained in robotic surgery, which is another area where the group sees potential for revenue growth. “You can have the machines, but the key thing with robotic surgery is finding good people with a high level of technical expertise. So we are now on the hunt for those experts,” he reveals.

Finding this talent will not be easy. Recruitment is one of the main challenges facing the healthcare industry today. “There is a human resources crisis in the healthcare sector,” Rupak confirms.

“Doctors, nurses, facilities, there is a huge shortage in general, and there is a particular shortage in eastern India.” Finding novel ways to address that challenge, including with digital solutions, will be key to achieving another one of his major goals for the company: driving up the quality of patient services while keeping costs affordable. “Because of the human resources shortfall, we are dealing with a supply gap,” Rupak says. 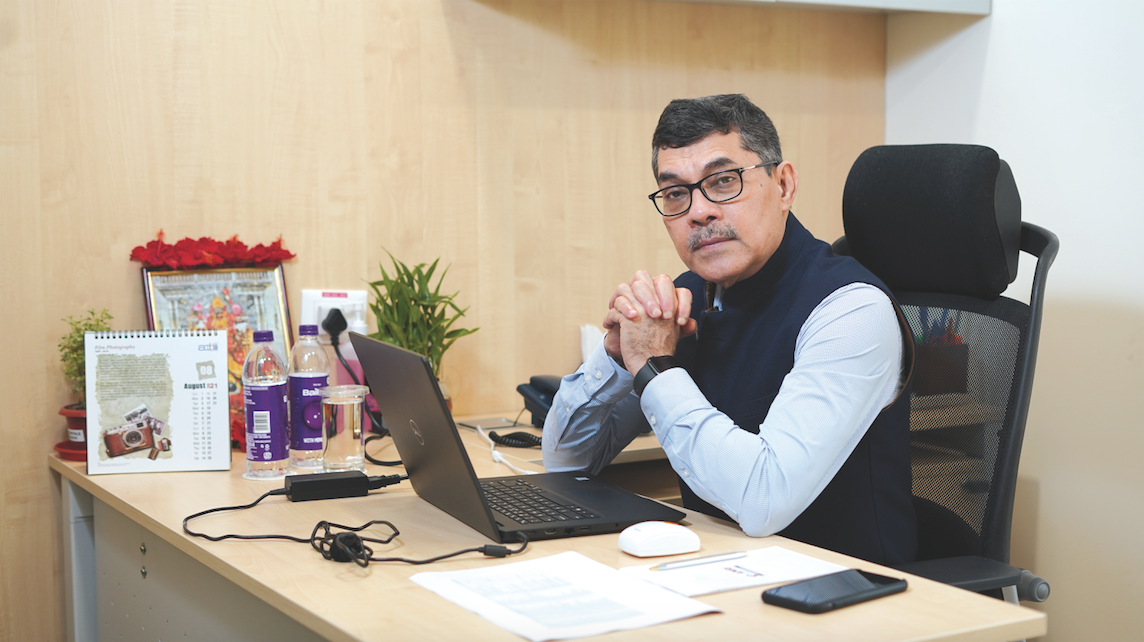 “Obviously, if you hire all the big doctors, then costs will go up. We’re getting these people to try to introduce specialist surgery and care for the patients. We need to do this to differentiate ourselves, but the major challenge is to be able to offer these quality services at an affordable cost.”

AMRI has set up committees to gather case studies of patients at its hospitals, analysing in detail the outcome the patient achieved versus the costs involved. “We are actually trying to map it all out,” Rupak adds. The group is also looking at ways to help more people in the region get access to health insurance. At the moment, health insurance penetration is under 15 per cent and possibly as low as five per cent in rural areas.

“We are talking to the insurance companies about how insurance can be made more affordable to the community and how the community can use it to get better access to health care,” Rupak says.

“The other side of that is engaging the community and promoting insurance ourselves. Whenever a patient is discharged, we talk to them and ask, ‘Why don’t you go for the insurance?’” Rupak notes that there are numerous gaps in the public healthcare system in eastern India.

“It’s not possible for the government to extend quality services to such a huge population,” he asserts. “Insurance is the only solution. If we are talking about providing quality care, it is going to carry costs, and those have to be shared by the insurance companies.”

As Rupak pursues growth through these avenues, he will also be overseeing a digital overhaul aimed at streamlining procurement and achieving supply chain excellence. The group has a lot of work ahead of it, but AMRI has overcome larger hurdles in the past. “We’ve passed a lot of milestones in the past few years,” he says. 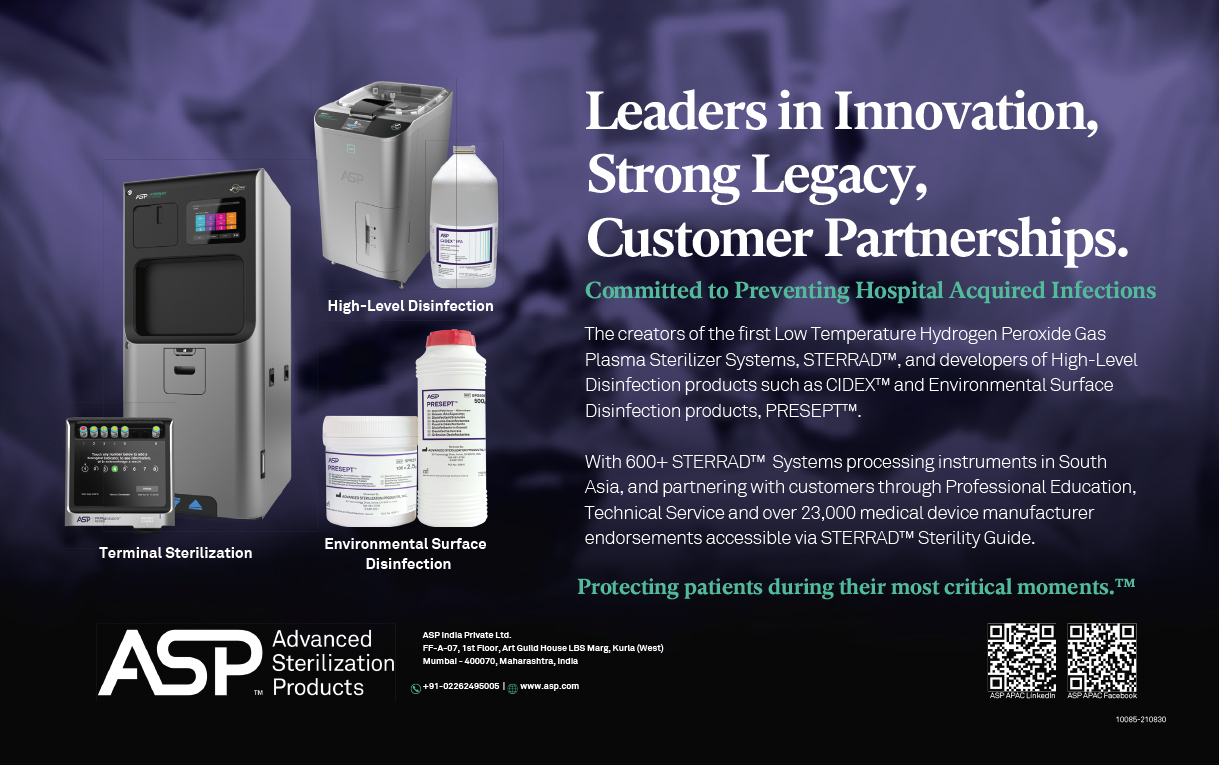