Pharma in the Family: Sebastián Bagó 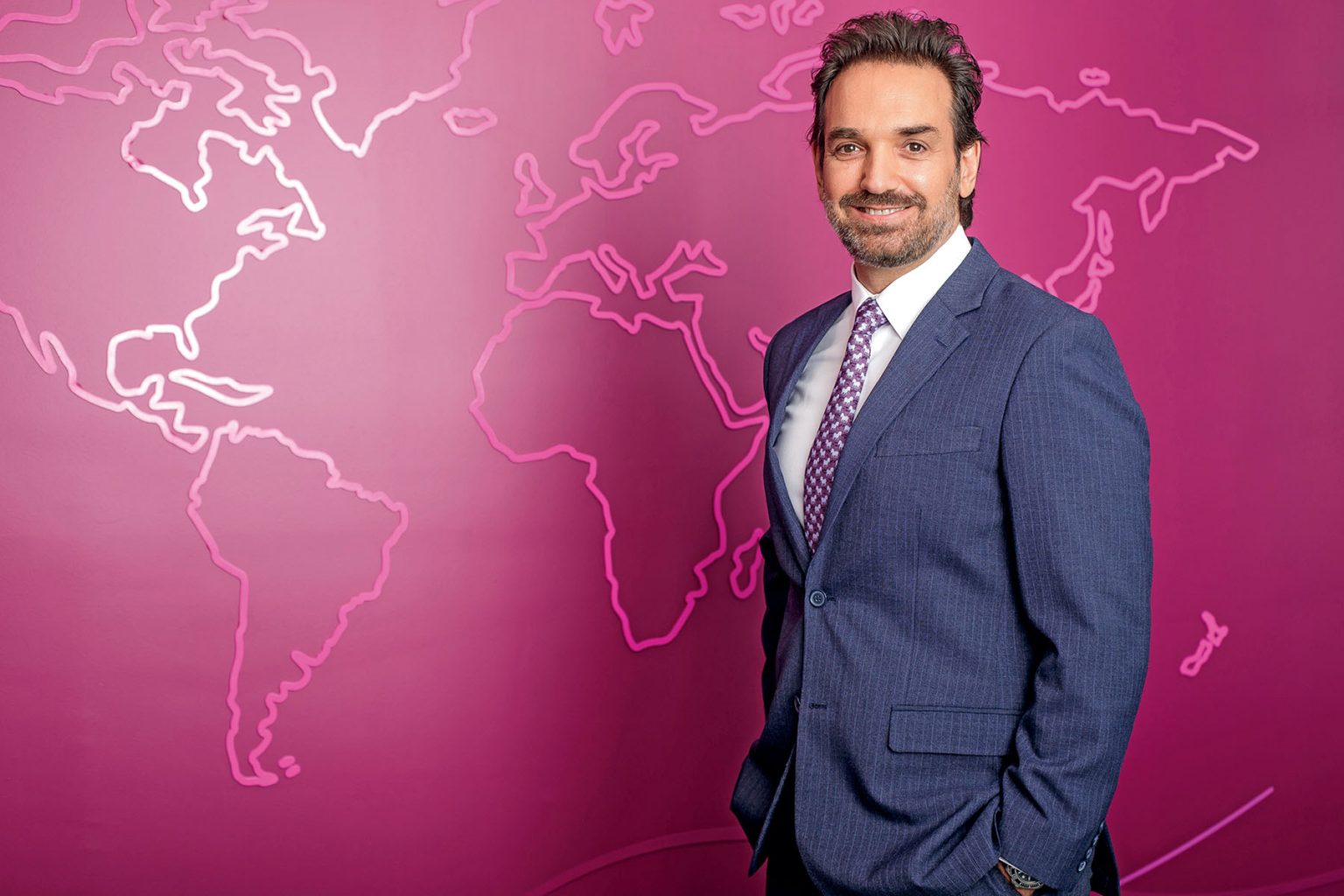 The 20th century was a complicated time in history, one that saw periods of migration around the world, as a world in flux led to changing fortunes for many. One such individual was Sebastián Bagó’s grandfather, also named Sebastián. Originally hailing from Spain, the Bagó patriarch led his family to Argentina. 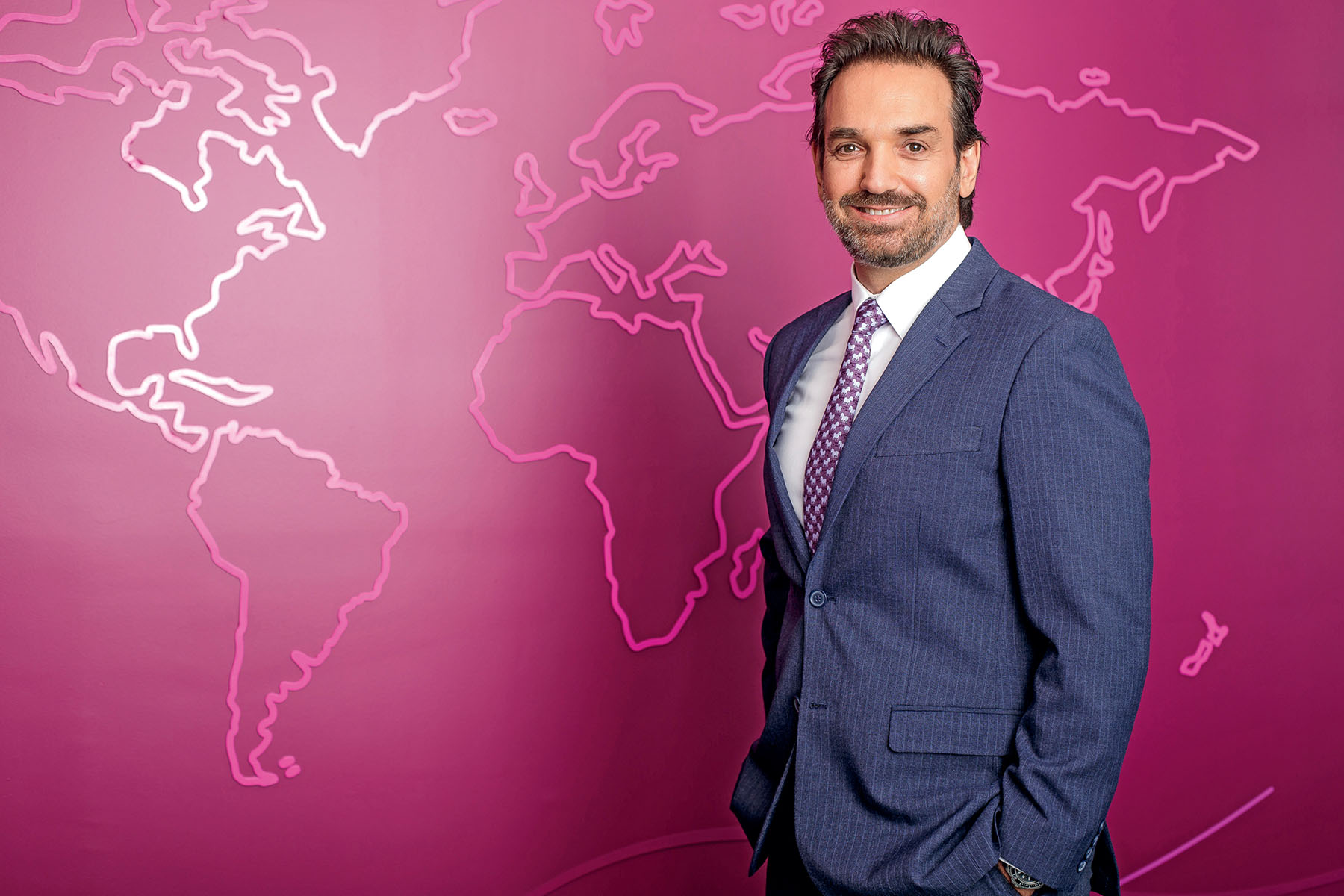 A pharmacist by trade, Sebastián started a business to support his wife and children. The Bagó family had left behind a tumultuous homeland, but Argentina saw its own difficulties as its economic and political situation fluctuated throughout the ensuing decades.

But through it all, Sebastián kept his business strong with a resilience that has been handed down to his successors.

Nearly 90 years after that steamship from Spain docked in Argentina, Grupo Empresarial Bagó sells more pharmaceutical products than any other company on the continent, trades in over 50 countries and boasts an incredible 148 patents for healthcare medicines and procedures.

It operates 11 production facilities worldwide manufacturing nearly 500 different items, and it employs more than 7,000. “I’m the third generation to run the company,” Sebastián tells The CEO Magazine from the company’s Buenos Aires headquarters.

“After my grandfather started in Argentina, my father and uncle took over and began to open premises in bordering countries in Latin America. Then my cousin and I continued growing the family business, and we now cover the entire continent as well as parts of Eastern Europe and Asia.”

“In Latin America, there’s a big gap between the research being carried out in hundreds of labs and finding ways to get the new techniques being perfected in them to real-life industry applications,” Sebastián says. “The science itself is usually first rate, but it needs a commercial focus so that it leads to something tangible. “I’m currently Vice President of the Argentine Chamber of Biotechnology and being a bridge between what is being discovered and what is available for patients is a big part of my role, and the area that moves me the most.”

Recent growth has been spectacular, but Sebastián’s grandfather would be very proud that one aspect of the small drugstore he set up is unchanged. “Right from the very start up until today, we have been committed to producing the highest-quality products and using state-of-the-art technologies to find new ways to improve the quality of care for patients,” he explains.

“My family name is the brand so it’s more than just a company to me, it’s personal. Our standards have to be the very best and, since our industry is health care, we are conscious that the work we do makes life-changing differences to our customers and saves lives.”

Recent breakthroughs include a Chinese patent for a new way to treat obesity using Orlistat and a revolutionary drug to control the most serious forms of childhood epilepsy, Lennox-Gastaut Syndrome.

And it’s not just human lives being saved. Biogénesis Bagó, one of Grupo Empresarial Bagó’s companies, has become a world leader in animal health and one of the world’s biggest exporters of livestock medicines. 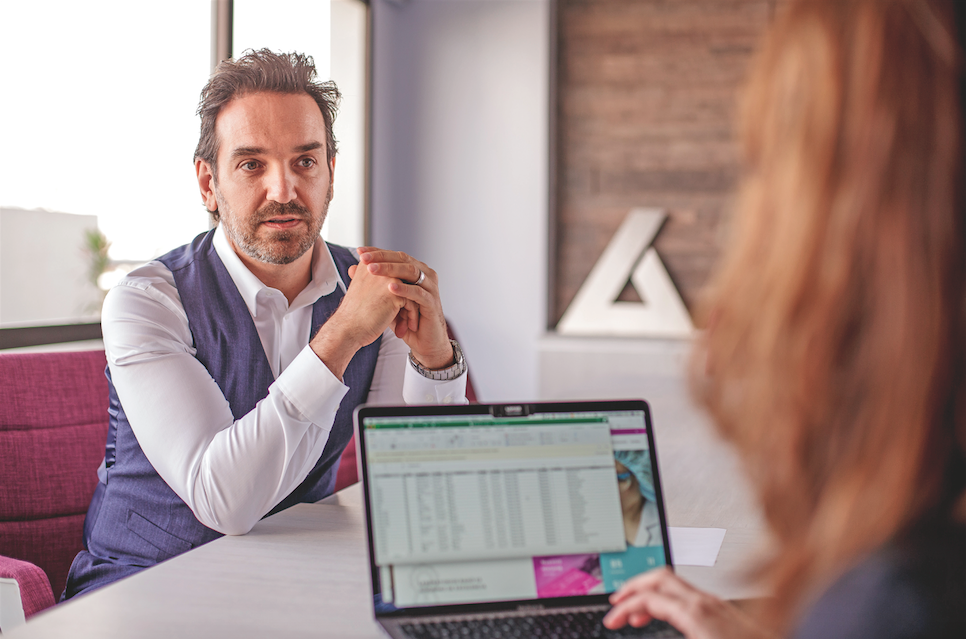 In 2016, it opened a factory in China capable of producing 400 million foot-and-mouth disease vaccines, the third largest of its kind. Running the company had always been Sebastián’s destiny.

To prepare, he studied business administration in Argentina and then, in 2002, completed an MBA at the prestigious Kellogg School of Management at Northwestern University in Chicago. When he joined the firm full-time, he was put in charge of international operations as well as corporate strategy and specialist areas including oncology research.

Since becoming General Director in 2009, he has guided Bagó to become a trusted multinational corporation. So much so that, in 2015, it was named by business experts Merco as one of the 10 most prestigious companies in Argentina.

Last year, Merco named it the Argentinian pharmaceutical company with the best corporate reputation, and it scooped the Eikon Award for a campaign on women’s health. But resting on his laurels has never been Sebastián’s style. The health industry is fiercely competitive, with new procedures and treatments developed every day. 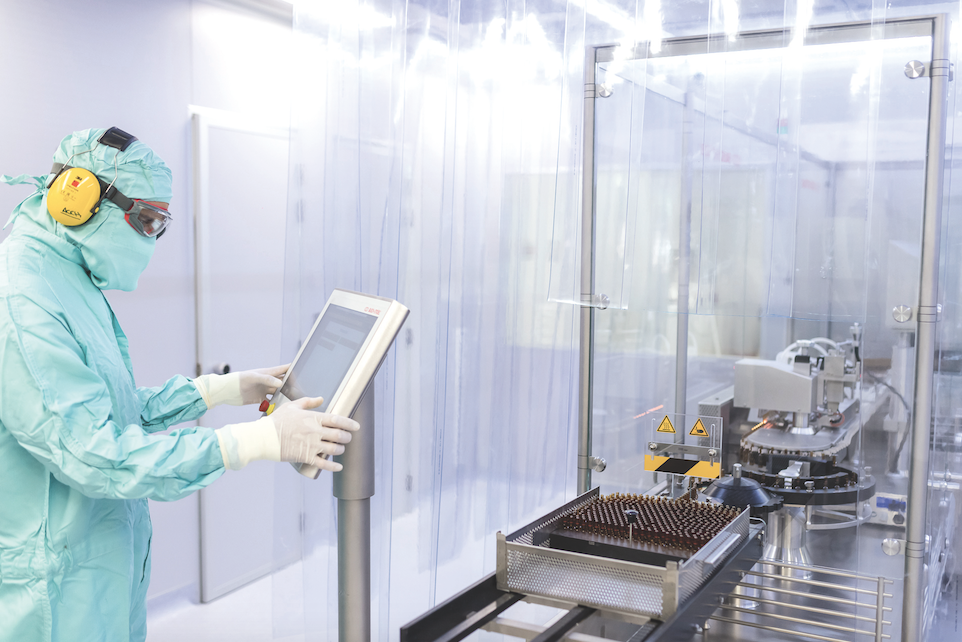 “The first priority is always consolidating the business,” he says. “That means continuing to secure patents and making sure we can always guarantee supply by adapting our manufacturing facilities to both new ways of working and rapidly changing market demands.

“We are dealing with treatments for chronic conditions that might be cardiovascular, neurological or psychiatric, so once patients are taking them, they can’t suddenly stop because we have a problem with a supplier. We simply cannot run that risk as we have a social responsibility. Maintaining supply isn’t about how it affects our profits, it’s essential to people’s existence so we always have an emergency stock just in case there is a force majeure issue.”

However, the sheer size and breadth of the company doesn’t mean its leader is inevitably removed from much of the day-to-day operations. Sebastián has always loved being hands on so that he can understand the needs of his teams firsthand and immediately identify potential problems.

“It’s so important to me that we have a culture of empathy, learning and resilience,” he reveals. “Every CEO needs to know what motivates the stakeholders, what moves them and what they expect. I need to be attentive to every employee so that I never become disconnected.” 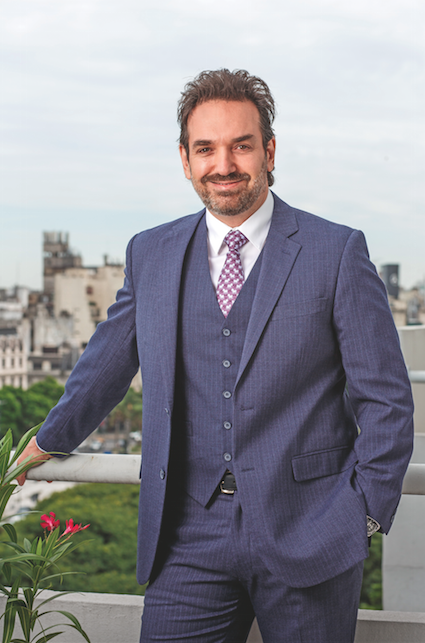 With a devoted workforce that knows it is valued comes the agility to respond quickly and secure a first mover advantage. “It’s absolutely essential that people feel they can take risks that might fail. You cannot innovate without calculated risks,” Sebastián insists.

“I have believed that all my life. I call it adapt and adopt – it’s how you become a pioneer and lead the industry, rather than merely following others. Our job is to instigate groundbreaking research to uncover new molecules and then investigate different ways they might be utilized. Of our patents, 56 are from original molecules.”

A key difference between Bagó and its rivals is management autonomy. Sebastián has faith in those who run each of the international divisions, so he empowers them to take responsibility and make the big decisions.

“They understand their markets well and are completely accountable for their locations so, to a large degree, they can decide what to launch,” he says. “We don’t offer the same medications in each country because the populations have different needs.”

It’s absolutely essential that people feel they can take risks that might fail. You cannot innovate without calculated risks.

The reason the policy works so smoothly is that the staff in each territory understand the fundamental company values. “I am always challenging myself to make sure everyone, no matter where they are located, is familiar with the corporate objectives,” he notes.

“For me, that means we have to fundamentally understand our colleagues, suppliers, stakeholders and customers. We must empathize with their individual needs so we can provide the best possible service. It’s a 360-degree managerial approach. Part of that is knowing that needs are changing all the time, so we have to be on top of the very latest research in all our areas of expertise.”

The Bagó story is an extraordinary one, from humble beginnings in a troubled country, a traumatic migration halfway across the world to seek safety, to a family business handed down through the generations that became a spectacularly successful health behemoth that dominates in multiple markets.

“I still get excited when there are new areas for us to examine such as diagnostics or telemedicine,” Sebastián shares. “For me personally, I take great pride in having worked continuously for the family business for almost 25 years and helped push boundaries, explore new therapeutic areas and grow across the globe.” 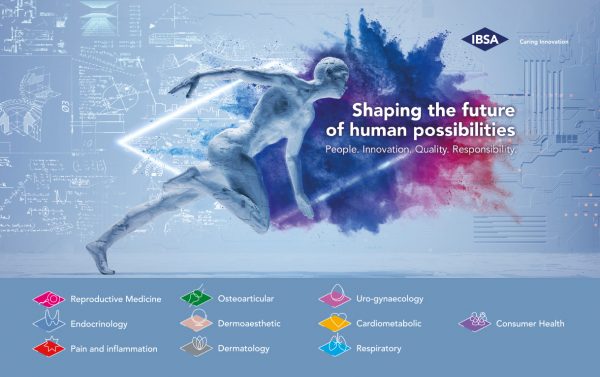 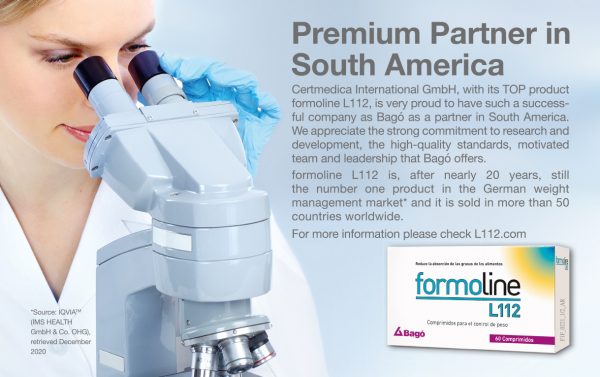 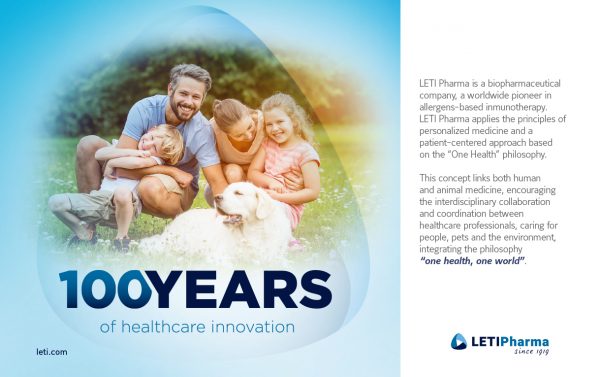 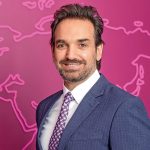