She recounts the time when she was appointed World President at the CIDESCO world beauty congress, when India was not even a member country yet. Her impassioned and unscheduled speech on Ayurveda in Monte Carlo made a great impact, leading to her World President appointment.

There was also the time when, as a young wife and mother, she was working so hard as a writer to fund her beauty studies that her fingers would bleed from all the typing. “The doctor told me that if I didn’t stop, he’d have to cut off my fingers,” she recalls. She quietly asked, ‘Doctor, how much will you cut off?’

“I thought even if he did, I would still have enough left. Stopping was not an option. He made me leave his office, he was so angry,” she says. “I knew I could not stop. I needed the money. This incident made me believe that in life it is not what you want that matters, but how badly you want it.”

She has grown her eponymous company without using formal marketing or advertising techniques: something she has done so successfully that she became a Case Study, and is now a Subject, for ‘Emerging Markets’ at Harvard Business School.

“I used to write to the (Indian) Foreign Minister with my travel plans, asking them to organise press conferences for me in the cities I was visiting,” she explains. “For 20 years, I’d fly in at my own expense, speak on Ayurveda, and fly out the next day.”

Her product was never mentioned; however, free samples and press information would be given away at the conclusion of the conference. “It took me to every country in the world and actually built the brand.” 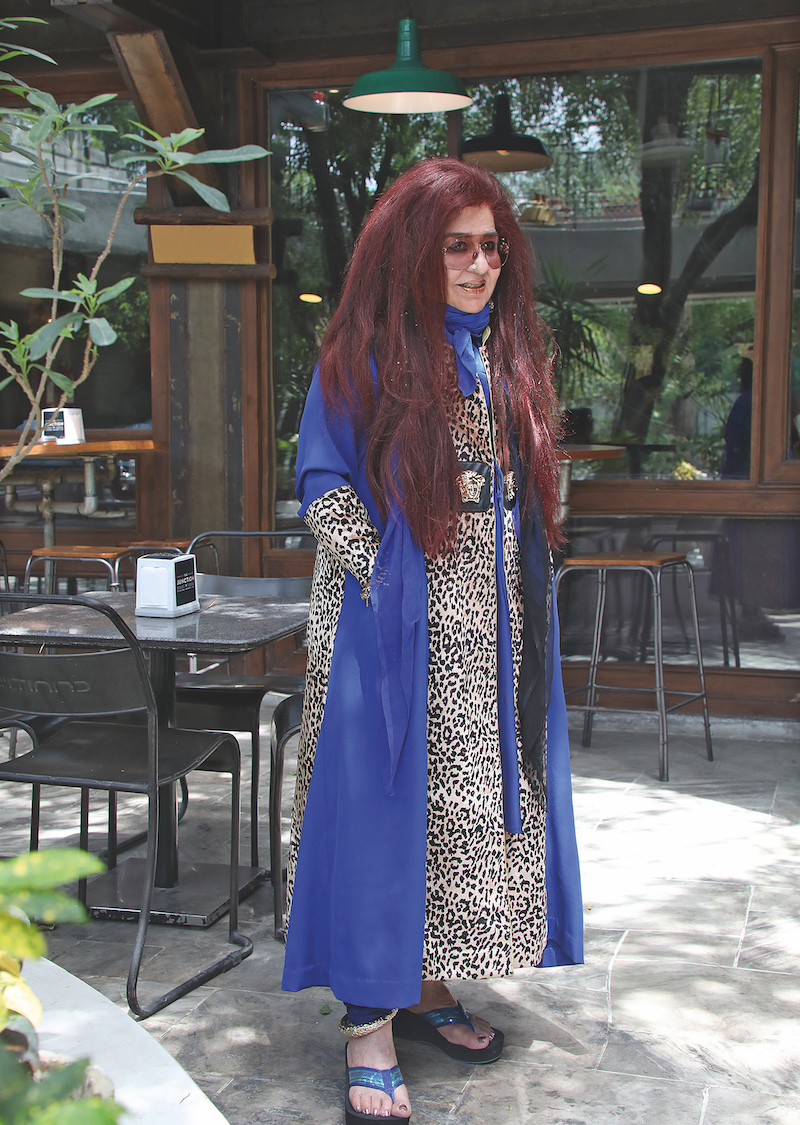 Engaged at 14, married at 15, and a mother at 16, Shahnaz is the first to acknowledge that her entrepreneurial path has been anything but conventional. Her father was a renowned Chief Justice of the Allahabad High Court and her mother was the daughter of the Commander-in-Chief of the Hyderabad army. Her father wanted her to follow his footsteps, and become Chief Justice of the World at the Hague, but she had other ideas.

“I never studied law, I went into beauty care and cures instead,” she says. Such was her determination to succeed in her chosen career that, during her husband’s posting to Tehran (and with a newborn to care for), she self-funded her enrolment in various beauty courses around the globe (nearly losing her fingers in the process).

Her studies in what she calls “normal cosmetics” took her to renowned institutions such as Schwarzkopf, Christine Valmy, Lancôme and Helena Rubinstein in cities like London, New York and Paris. It was during her training at Helena Rubinstein in London that she became acquainted with an ex-model who had lost her vision from the eye make-up she modeled for; something that she recalls was being passed off as nothing more than an allergic reaction. “I thought that if a woman can go blind from using the liner, then there’s something wrong with the beauty business,” Shahnaz says.

Upon her return to India, she started studying Ayurveda – the ancient Indian system of herbal healing – and employing Ayurvedic chemists. “For every chemical that I had brought from abroad, we had 20 answers in nature,” she continues.

“For every chemical that I had brought from abroad, we had 20 answers in nature.”

In 1971, she opened her first clinic and today, along with more than 375 Ayurvedic formulations for beauty and health care made from natural ingredients (herbs, flowers, fruit extracts and essential oils), the Group has more than 400 franchise salons, retail outlets, beauty institutes and spas around the world.

Having sold at India Promotion Festivals in prestigious international stores such as Harrods and Selfridges in London, Galeries Lafayette in Paris, La Rinascente, Milan, El Corte Ingles, Madrid and the Seibu chain, Japan, she is widely regarded as the figure who brought Ayurveda to the west.

In fact, she became the first woman in the world in more than a century to receive the World’s Greatest Entrepreneur Award from the New York-based Success Magazine. Before this, only men had received the accolade.

Four decades in and, as well as her role as the Founder, Chairperson and Managing Director of the Group, Shahnaz still remains the company’s sole proprietor. “I’ve never been interested in money,” she admits, explaining that it’s currency she values the least. “I’m a maniac for quality – everything must be perfect. There’s no 99%, not even 99.9%. There’s only 101%, always,” she explains, recalling an occasion when she ordered the destruction of a whole range of creams because the cistern cover was left half-open during production. “I’m that strict. I lost a huge amount of money, but that didn’t bother me at all. 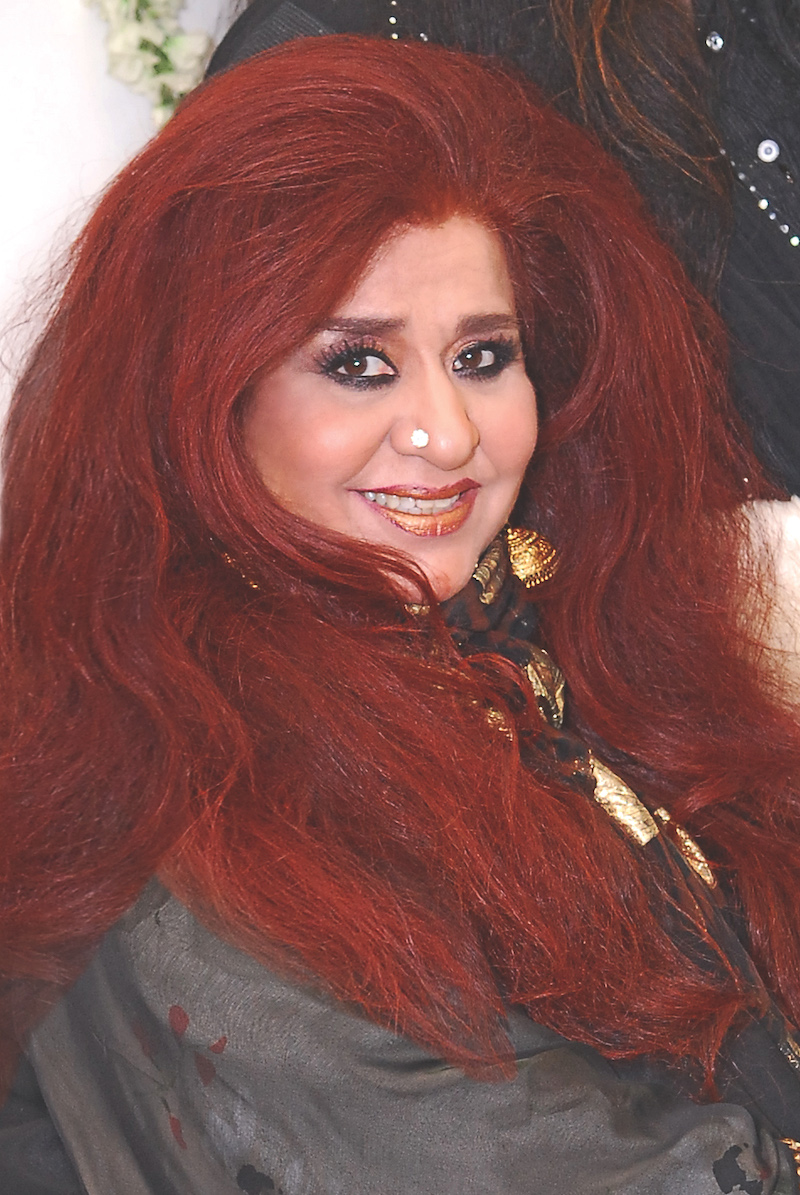 “People buy my name,” she continues. “They trust me, and I must return that trust.” A consequence of this confidence is that she’s become very particular about her suppliers, never changing them, and she prefers to buy from the Government. “The moment you change your supplier, your actual product changes,” she says. “When that happens, the effectiveness, the treatment power of the product, is gone and the final product is affected.”

“The moment you change your supplier, your raw material changes. When that happens, the effectiveness, the treatment power of the product, is gone.”

Her business may be rooted in ancient principles, but Shahnaz is far from stuck in the past when it comes to leading it. “You always have to look ahead and think about tomorrow,” she says. “Every second that has passed will never come back.”

Along with new product development, she explains that investment in Artificial Intelligence is one of her current areas of focus. “Initially, you would come and meet me, tell me your problem face-to-face, and I would prescribe you a product. Now, wherever you are in the world, you can fill out an online form telling us who you are, providing individual details, outlining any allergies or reactions and we will prescribe the customised product that you can buy online.”

Her passion for innovation is matched only by her commitment to philanthropy. “More than anything, serving the underprivileged is our most important mission and it’s very important to constantly give back to society,” Shahnaz explains.

From free beauty training courses for both the visually and speech-and-hearing-impaired (which often leads to employment in one of her salons), to her Chemoline range of products that draw on Ayurvedic principles to counter the effects of chemotherapy and radiation and are offered complimentary to hospitals around the world, including Sloan Kettering in the US, her initiatives reach disadvantaged and underprivileged groups across society.

It’s an example she’d like to see followed. “Whatever business you’re doing, you should show the same amount of concern for giving away as you do for receiving,” she advises. “You can’t feed the body and starve the soul. There are three aspects of beauty – brain power, beauty power and spiritual power.”

As our interview draws to a close, the conversation turns to art, which she says is one of her great passions in life. “When I’m overworked, I either paint or write poetry,” she reveals, before reciting a short verse that won her first prize in a poetry competition (and 500 rupees) at the age of 14. Although written six decades ago, she delivers the four lines as if she composed it yesterday:

“Life is a dream – an illusion
But the dreamer is destined to awake
A lovely reflection in the mirror
But alas the mirror must break!”

A book on her life, called Flame, has been written by her daughter and is now headed to become a Hollywood movie. This entrepreneur may have been in the business for nearly 50 years, however, there’s no doubt that there are still plenty of chapters left to write in the Shahnaz Husain story.