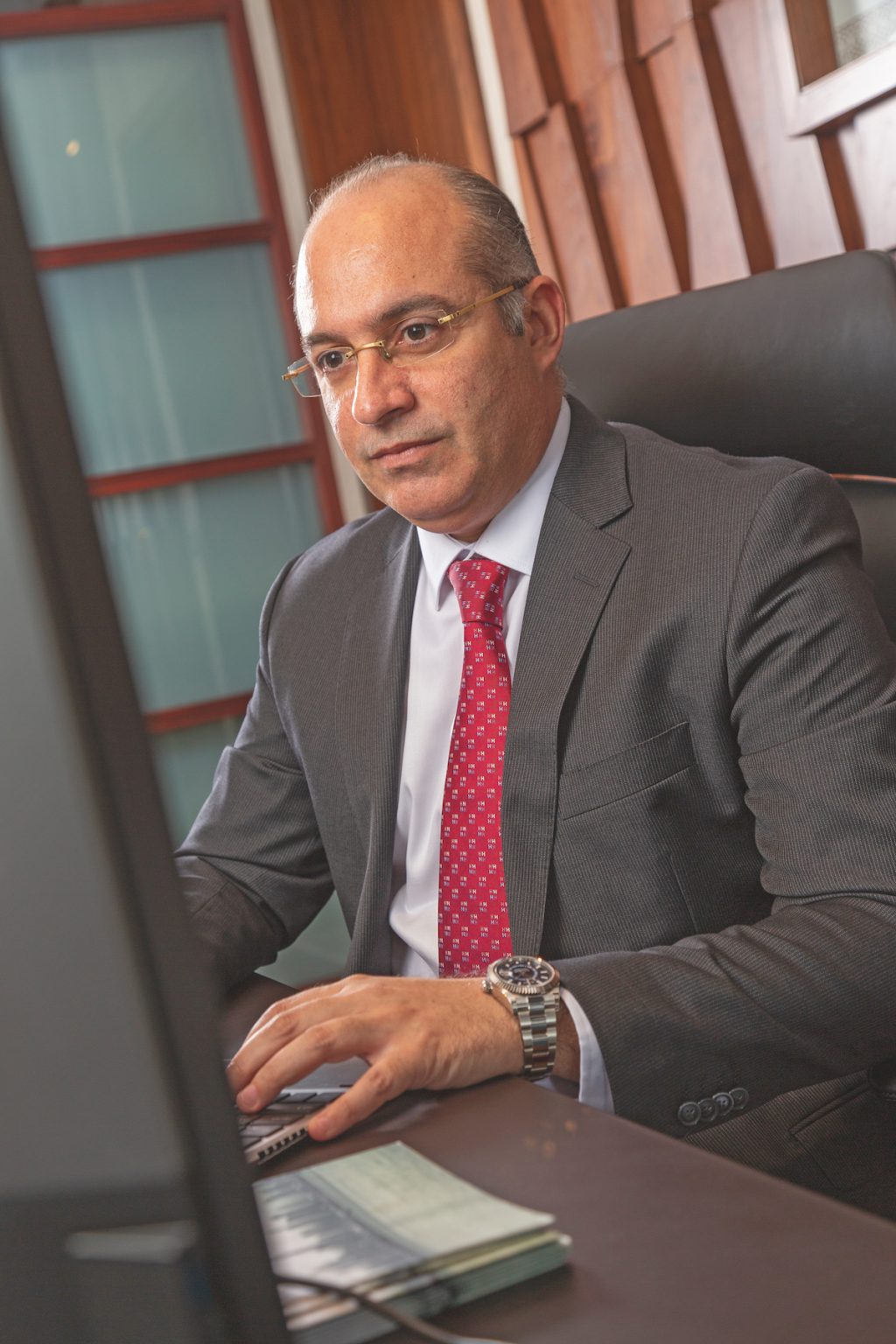 Little more than a year into his role as Group CEO of the Mohamed & Obaid Almulla Group, the pandemic shook the world. But Sherif Bishara did not break his stride. His years in the legal field – he has a master’s degree in international law – coupled with his intuitive clarity spurred him on to use the challenge to further the goals of the Group. Sherif joined the organisation in 2017 as Group General Counsel and within a short period, he was made Group Chief Legal Officer. Appointed Group CEO in late 2018, he steeped himself in health care, travel and tourism, hospitality and real estate – the key business areas of the Group that have made stellar contributions to Dubai’s growth and development.

Sherif ’s leadership is driven by his belief in the power of people as agents of change – a belief that is among the core principles of the Mohamed & Obaid Almulla Group. This synergy and serendipity enabled the Group to not only stay on course during the unexpected headwinds of 2020 but also reach new milestones during the turbulence.

“When you get people in an organisation to believe in and be a part of its culture, you can turn challenges into opportunities,” he says. “This alignment is not just an asset at the organisational level; it also aligns with the vision of the country.”

Sherif ’s vision for the Group is centred on perfecting this alignment. He is deeply cognisant of the Group’s values-based family heritage and its passion for pathdefining progress, a duality he believes is a powerful trigger for transformative growth.

The Group was established in 1942 as a family-owned business. Using his experience in family business and corporate law, Sherif facilitated a ground shift for the Group as it seamlessly transitioned to the corporate governance model.

As a family business, what gives the Mohamed & Obaid Almulla Group a distinctively competitive edge is its unique heritage and vision. The Group, Sherif says, has a distinct ecosystem of values and principles that has guided its growth.

“We are focused on the highest ethics and standards,” he explains. “When we talk of progress and growth, we use these words as synonyms for empowering people and building meaningful partnerships to contribute to nation-building.

“As a Group, we are the sum of our parts, and these parts are our people. We invest in people to bring changes from the grassroots up to the top rungs of the corporate hierarchy, and the partnerships we form are defined by shared values and goals.”

These passion points find a dynamic play across the entire business. “For the Group, it has always been about innovation, best practices and giving back to the community,” he says.

Corporate pundits and chroniclers of corporate history will tell you that best practices are at their best only when they are tailored to the specific vision of an organisation. Every business entity must identify its core purpose and begin its journey from there. For the Group, that crux is its commitment to making tomorrow better for all.

“The Group has always believed in doing business for a cause that is greater than mere considerations of commerce or power,” Sherif shares. “We believe that a business must make a positive impact on people. We have to touch lives. We have to make a difference. We have to chart a path with a compass that points to new horizons.”

This is why the Group’s flagship brand, American Hospital Dubai, has blazed a trail in healthcare innovations. From conducting robotic surgeries and setting benchmarks in complex disease treatments to establishing its own centres of excellence in critical diseases, the hospital is consolidating the legacy of innovation, not just for the UAE but also for the region.

“We launched the first-ever AI-led healthcare research centre in Dubai in collaboration with Cerner, the global leader in healthcare technology solutions, to share and contribute to the UAE’s objective of reducing the burden of chronic diseases and promoting the welfare of society,” Sherif points out.

“Our focus as a Group has always been on leading the change. Doing business is not about quantity; it’s not the narrow view of revenue. It’s about being transformative.”

Crisis As A Catalyst

Not many leaders would define transformation as an existential necessity. Sherif does. Innovation, or the need to constantly seek your way out of the status quo, he believes, is the fine line between companies that set the trend and those that follow it.

“Innovation is the modern-day instinct to survive. It’s the only way to head into the future.”

“Innovation is the modern-day instinct to survive. It’s the only way to head into the future. We need to read the room and set the trend,” he stresses.

The need to read the room has never been greater in recent memory. The pandemic cornered the world, forcing humanity to fight its way out. This meant throwing out the rule book and writing a new one – quickly. The Mohamed & Obaid Almulla Group swiftly rose to the challenge, with its healthcare, hospitality and real estate divisions integrating with seamless efficiency to meet the unprecedented urgencies as Dubai combated the COVID-19 fallout.

American Hospital Dubai was the first private hospital to open an institutional isolation centre for COVID-19 patients. “We are defined by our commitment to delivering the highest quality of patient care and making contributions that will improve the lives of people,” Sherif says.

“A crisis is a challenge, but it is also a catalyst, and it’s important to grasp that view.” Like all strong leaders, Sherif sees opportunities in adversity. In the hospitality sector, for instance, as travel trends assumed a new variability after 2019, it was imperative to recognise the trend of budget hotels as the new norm.

“The path is headed there,” he suggests. The Group’s asset management and hospitality division, Ishraq Hospitality, has signed a deal with Intercontinental Hotels and Resorts in January for eight new hotels in the mid-priced category across the Gulf region, including in Dubai.

“We are passionate about accelerating growth,” Sherif says, validating one of the time-honoured rules of business confidence: leading by example.

It is a brand of confidence and an ease of slipping into the often-uncomfortable role of pioneer that characterises the Group’s arc of evolution: in 1978, it built Al Mulla Plaza, offering Dubai its first example of a mixed-use property at a time when commercial and residential properties were never envisioned as occupying the same frame. In 2010, the Group set up Monrol UAE, the first radio pharmaceutical manufacturer in Dubai.

This ability to make the first footprints in unexplored terrain is what excites and inspires Sherif. He is determined to embark on further explorations for the Group, taking people along with him. “That is my idea of what makes a meaningful journey.” 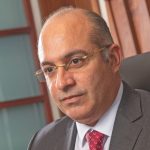