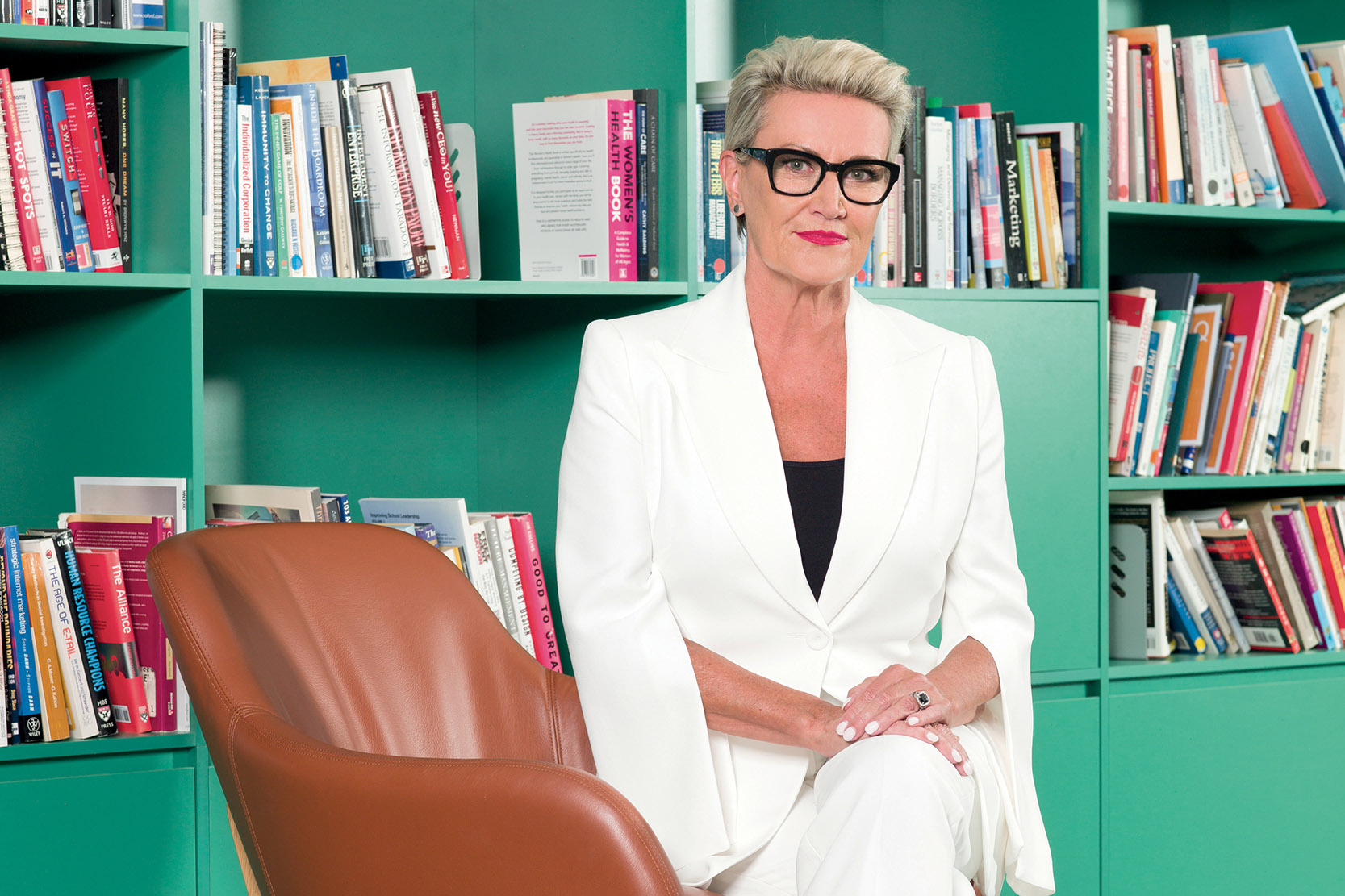 The front lines of health and aged care are modern battlegrounds. Doctors, nurses and other health care workers with firsthand experience of today’s healthcare struggles – lack of resources and funding, staffing issues – are veterans of an ongoing war with no end in sight. Sometimes, these workers eventually move behind the lines to the boardrooms of our healthcare institutions, where their experience gives them the insight and understanding to make important changes to the way things are done.

A former nurse, Dale Fisher uses her inherent passion and connection to the front line as currency within these large organisations as part of her quest to bring about reform. “I worked my way up, I say, from the pan-room to the boardroom,” she says of the nursing years that gave her an acute awareness of the sector’s challenges. “I was driven by an ambition to have a greater impact on the client, the service or a specific population group with the express aim to add value to the community that I was serving.”

Soon, Dale was running larger services and then an entire hospital. “I was very interested in change management, which I now term change leadership, and leveraging the opportunity to create a better system of care.”

Dale’s journey took her to lead iconic Australian healthcare institutions including the Royal Women’s Hospital and the Peter MacCallum Cancer Centre, which became an international cancer research institute under her leadership. “It was a real privilege to lead such great organisations and have impact,” she says, adding that the major takeaway from her time within these organisations was the power of specialisation and focus you can bring to certain population groups. “So children’s health, women’s health, people impacted by cancer. And the next vulnerable community is our older Australians. The health and aged care system for older Australians requires major reform and that’s what led me to Silver Chain Group.”

The Group delivers community health and aged care services to people in their homes across the country. As Dale’s time at Peter MacCallum was coming to an end, the not-for-profit organisation was on the hunt for a new leader to steer its transition from a well known and loved organisation in Western Australia to full-scale in-home care across the country. “I knew Silver Chain Group was a pioneer with a long legacy,” she explains. “It’s quite large, it’s national and it actually has the capability to lead system reform in both health and aged care. If you’ve been around for over 100 years you must be doing something right.”

As CEO, Dale uses her hands-on experience for the betterment of clients as well as her team. “What drives me is that I want to make things better for the staff and then for the clients, and I think my nursing experience is one of my strengths in doing so,” she reveals. “In terms of leadership and then followership, the people I lead know that I know what it’s like.”

Dale immersed herself in tertiary study, including a Master of Business Administration and focusing on change leadership, strategic finance and communication to give herself an edge. “But I think my competitive advantage is still the fact that I was a clinician.”

At the core of these reforms is a commitment to research and innovation. Part of Silver Chain Group’s initial appeal to Dale was its status as an innovator and early adopter of technology in the sector, despite having let its research commitments lapse. “I very much saw that needed to be reintroduced, so we have established a Future Care vision as part of our Strategy Towards 2030. We’re very ambitious in what we believe we can do,” she says. 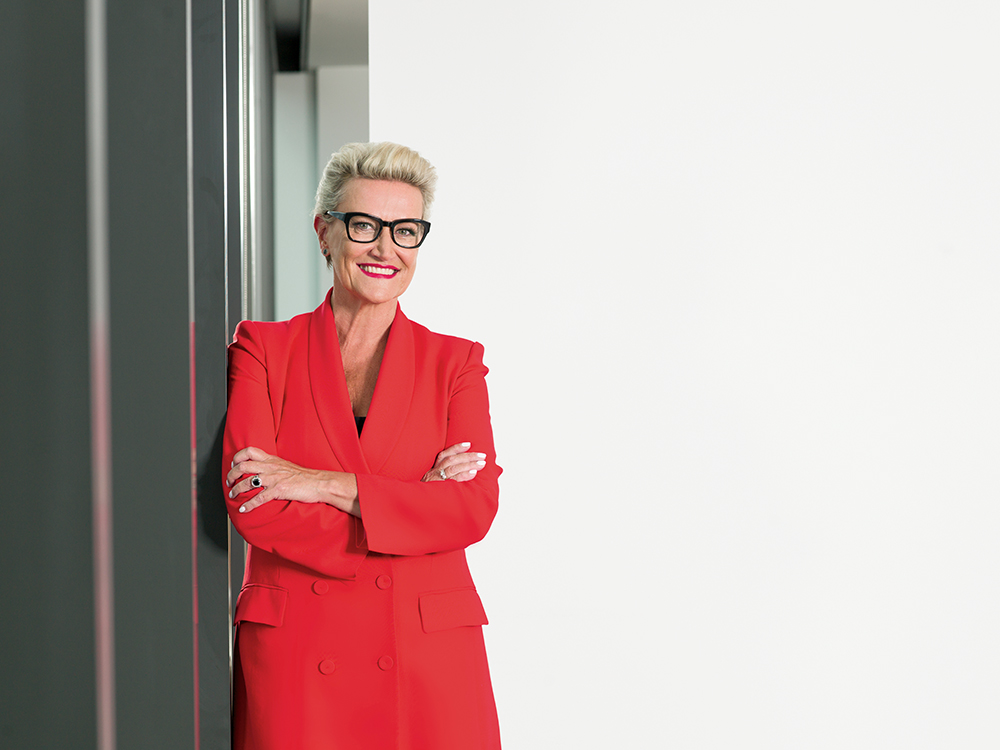 Right out of the gate, Dale says the company plans to optimise what’s currently being done through partnerships with industry and academic institutions. “We explore new ways of doing things and then apply them to home care using the latest technology,” she points out. “But because we’re mission-based and not for profit, what we do is share that knowledge so we can uplift the entire system.”

The health and aged care sector as a whole may stand to benefit from Silver Chain Group’s discoveries, but the organisation is firmly committed to prioritising in-home care – a mission accelerated by the advent of COVID-19. “We believe the future is home care,” Dale suggests. “COVID-19 has forced the community to adapt to virtual care technology, which makes people feel safer in their homes.”

The community has also been surprised by the extent of what’s possible in terms of home care today. “We can keep people with high care needs at home for longer. And our research shows the community is up for it. Eventually they’ll demand it, the politicians will listen and there’ll be more policies and funding for home care in Australia,” she adds.

The elevation of the aged care portfolio to the Health Minister in the Morrison Government’s December reshuffle has also given Dale hope of further reform. “It’s a good sign because it realises that intersection between health and aged care,” she says. “And of course, Silver Chain Group is in the best possible position to take advantage of that. We have the strategy, the experienced leadership, the capability, the technology, the great staff and carers, the reach and the advocacy. Now we’re being the voice and will show – with evidence, with partners, with clients – how things can be done better.”

When a former nurse feels the health and aged care industries haven’t changed enough throughout her career, one can only imagine how glacial progress has seemed to those in need of home care. In Silver Chain Group, patients and carers who want the choice of home care have found a champion.

“The community has shifted but the system is lagging behind in response to those expectations,” Dale says. “What I always do in my leadership is to make sure I understand where the community values are at, and make sure we’re closely aligned with those values. At Silver Chain Group, the community is our compass for leadership and decision-making; after all, it’s important that as a good citizen you participate in the broader world in which you live.” 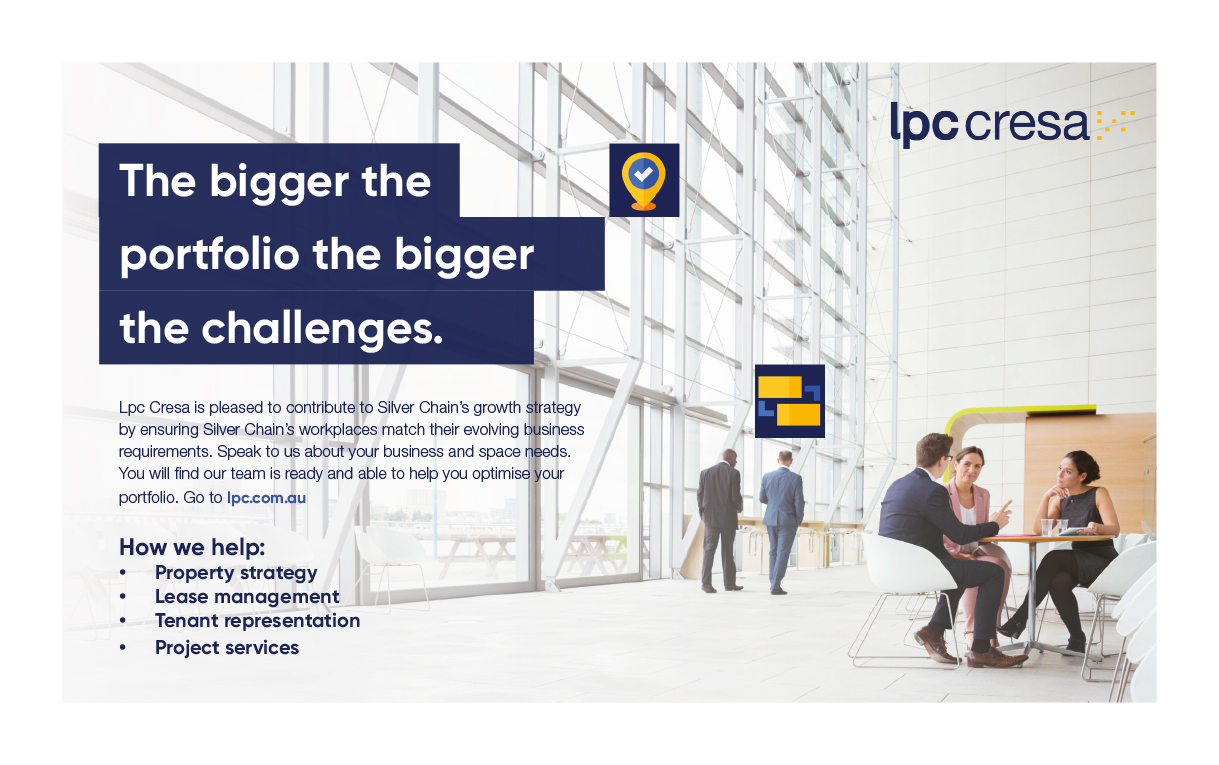