Back to health: Tim Blanche 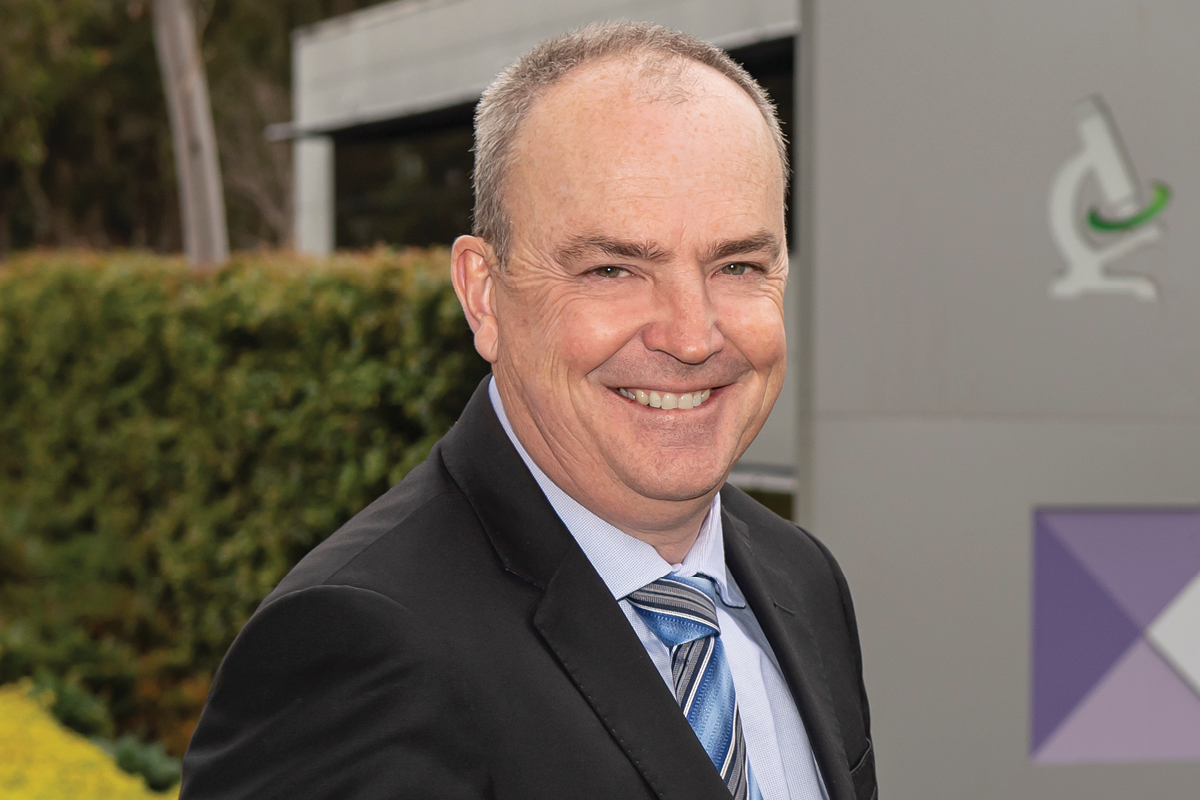 Tim Blanche, CEO of New South Wales business Laverty Pathology, certainly hasn’t had a dull career. While some business leaders spend their working lives placidly leading companies that continue to plod along, just keeping level with market growth, other business leaders choose more challenging paths. For Tim, Laverty has been exactly that – when he joined, there was a pressing need for considerable transformation to turn the business into a success.

Tim has been in pathology for decades, starting with a position as laboratory scientist in 1984. At one point, he even founded his own pathology company, growing it from a A$4 million business to one worth A$44 million, before later selling it off to private healthcare provider Healthscope.

For a while, he took a break from the industry, working in healthcare equipment, but eventually he made the switch back to the trade in which he’d started. “I decided to come back into pathology due to its complexity and its resistance to market downturns,” Tim explains. “Healthcare will be on the growth pathway forever.”

When an opportunity to lead Laverty presented itself, Tim saw the company had room to grow. It wasn’t performing at the profit level required by its parent company, Healius (formerly known as Primary Health Care), and Tim describes it as a business that was “just going through the motions. That was the drawcard – the opportunity to come into a business not travelling as well as it should, not producing the profits the way other business units were producing them,” Tim says.

“It was also an opportunity for me to show what I could do for the business over the medium to long-term.”

The business suffered from operational misalignments. For example, business development was separate from sales, and both were separate from operations. Tim’s solution was simply to improve the proximity of diverse departments, bringing various administrative functions into a common area, improving coordination across the business.

“The key was to design pillars of business and make it easy for people to understand where they were sitting,” Tim recalls. “Obviously, all CEOs start the same way – looking at general structures and changing them. You bring the people into the business if you think you can do it. What I found was the alignment of people in those structures was poor. People were moved very quickly out of the structures.

“There were the typical CEO things that you do, heading around to all your operations around the state. You talk to many people on multiple levels. But I got back from that tour of New South Wales after a six- or seven-week period and I instantly moved forward on structural change and on people.”

Tim’s transformations were comprehensive and included a restructuring of the leadership group and bringing in new talent. Training and development capacities were enhanced, with new experts employed to develop training courses and facilities. 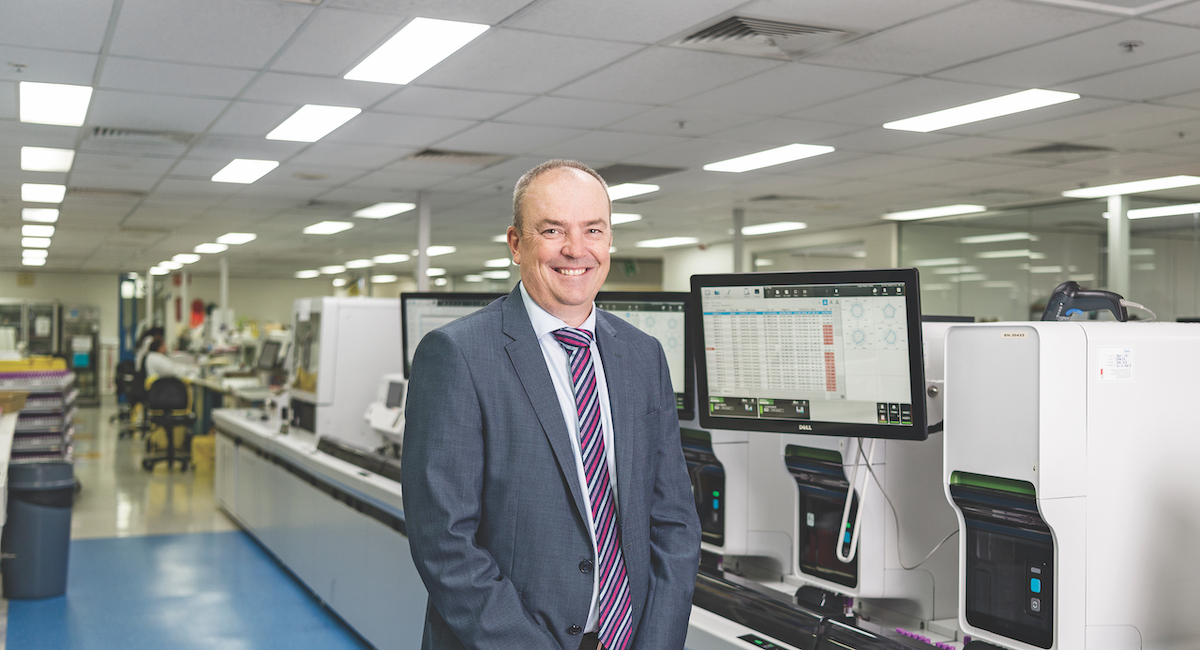 There were tough decisions to make as well; underperforming locations were closed, which freed up capital to be re-injected in areas with more growth potential. But one of the most crucial overhauls was of the culture, which proved no easy task. “It’s not a quick brush when you’re changing culture,” Tim says.

“It’s corporately driven; it’s driven within local businesses. You’ve also got all those managers with their own agendas, which you need to call out. We decided to be strong on making sure that people understood their KPIs and their performance measures.

“We often have doorstop meetings and socialisation meetings with people now – things that weren’t being done before. The HR function within the business was almost non-existent, and it’s now starting to move from transactional to strategic. We’re looking at workforce planning and aligning our labour force to our workflows and work streams quite scientifically.”

Under Tim’s leadership, Laverty has trained managers to improve growth margins while rewarding them for success. This has been driven through an effort to incentivise wastage and reduce costs. At the same time, Tim says there have been moves to invest capital, something Laverty had been denied for some time. The intent was to make sure people within the business felt they were being listened to.

“It’s not a quick brush when you’re changing culture.”

Assets were renewed, such as Laverty’s fleet of well-worn courier vehicles, office technology systems, training systems and uniforms. Other initiatives were introduced, such as regular staff barbecues, funded in part by the business, and designed to support a charity of the team’s choice. It’s about providing something meaningful for employees, forming part of an engagement plan.

Tim has put in considerable effort of his own towards getting the Laverty team engaged. “It’s been a lot of walking and talking,” he says. “It’s less about emails – my step count has gone up to 10,000 steps a day and I’m not holding meetings and picking up the phone to ring office to office. I’m a CEO who sits and talks to people. There are small rewards here and there in getting out of the office regularly.

“I’ve found being authentic and talking to people about themselves is essential. Relating to people at their level and seeing things through their lens – that’s been the big thing for me. I want to understand what they do and why they do it within the role that they’re in. You need to be genuine and authentic.

“You need to seek help from people. Don’t be afraid to request it. If I don’t know something, I’ll bring the experts in to understand it or I’ll go and work in an area
to understand it.”

Tim’s ultimate ambition for Laverty is to create a culture that employees want to stay in. As younger generations shift towards the kind of career characterised by shorter periods in companies, Laverty’s CEO hopes to forge internal pathways for staff to move upwards.

“I’ve found being authentic and talking to people about themselves is essential.”

In fact, when he leaves the company, Tim wants someone within Laverty to become CEO, rather than bringing in external talent. The means by which he hopes to achieve this is through a robust training system. Tim believes Laverty will continue to be a success if it’s drawing graduates from TAFEs and universities, as well as clinical experts, while also getting doctors or specialists referring patients to Laverty.

But, most critically, he wants employees to see Laverty as more than just a training ground, with higher wages in the public sector. Tim wants them to stay for the enrichment and the work itself, and because they can see a pathway for growth and development, a heavy reduction of attrition will follow.

Tim’s efforts in transforming Laverty are crucial, given the life-saving services the pathology business provides. He’s quick to remind us that behind every cancer diagnosis is a pathology test and, while the complexity and level of involvement isn’t immediately apparent to the public, Tim is committed to continuing these crucial services.

As AI and automation transform the industry, Laverty must adjust to an evolving, low-growth market in New South Wales. “You need to be a lot smarter in the way that your workforce is put together, and you need to work out how to minimise your duplication and really drive profits in a low-growth market,” he says.

“It’s a heavily automated industry sector, and that requires partnerships with suppliers and forming genuine long-term, lifelong partnerships to exceed your competition.”