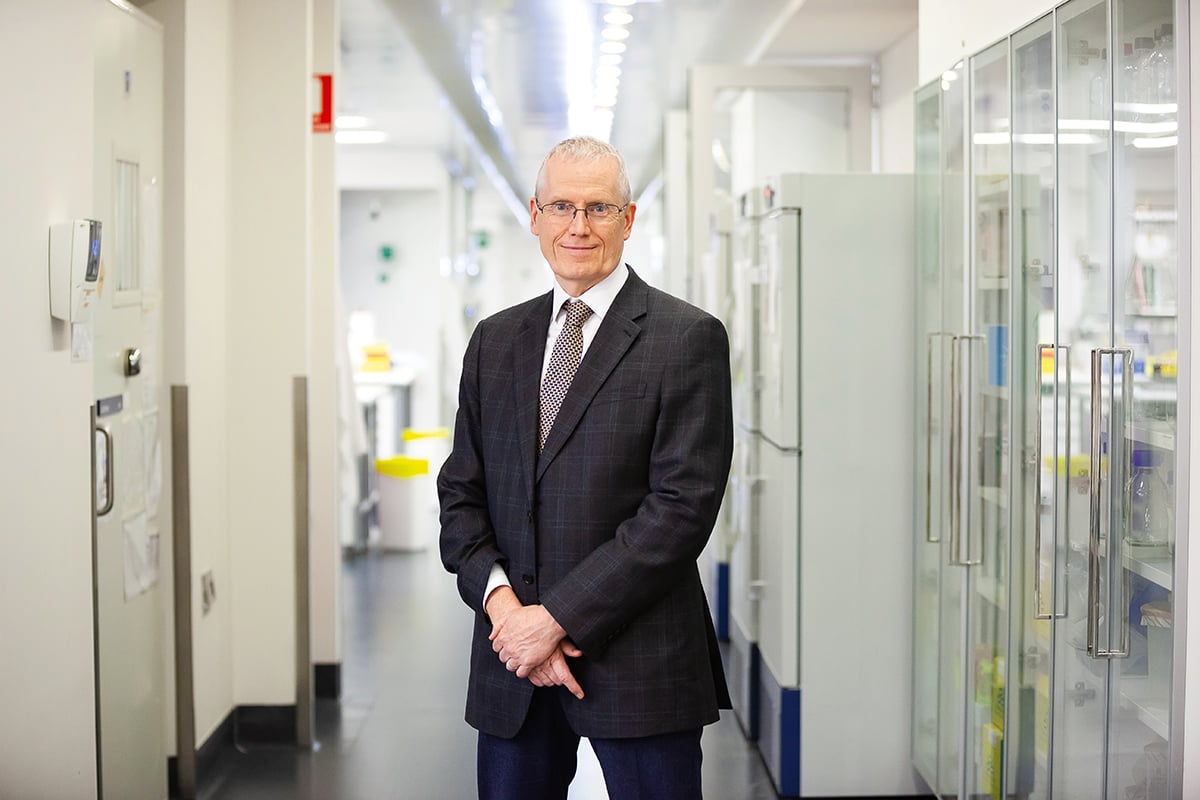 Few would argue the importance of funding medical research, but if there ever was a year to prove its worth, 2020 would be it. As the world focuses on handwashing and social distancing, research teams from all corners of the globe are working hard to find a COVID-19 vaccine, or successful treatment – Tom Walley and his colleagues at Hunter Medical Research Institute (HMRI) are one of those teams.

“We have researchers looking at mechanisms of drug delivery in COVID-19, and because HMRI has a very strong focus on public health, we’re continually looking at the public health response to the pandemic,” he says.

“During those first few months of the initial lockdown, we offered up our building to teams of contact tracers and we continued to keep in contact with the community. Alongside the face-to-face work we’re doing with the community, HMRI is also the centre running the ASCOT study in New South Wales, which is a national study into therapies treating COVID-19.

The study is being run out of The Doherty Institute in Melbourne and we’re responsible for running it in NSW.” HMRI started life as a partnership between the University of Newcastle and the Hunter New England Local Health District.

A creation that was, in part, designed to address the issue of how to bring research closer to medicine and vice versa. Initially dispersed across a number of buildings around the city, HMRI is now situated within the main hospital campus – something that was made possible in 2012 through a mix of community fundraising and federal grants.

I’m less interested in the beauty of the research or the elegance of what we discover, or indeed the publications. To me, it’s all about whether the patient and the health service benefit from it.

Tom has been Director of HMRI since the end of 2018. He is only the fourth to hold this position since the institute was established in 1998. “Directors are generally appointed for between three to six years,” Tom explains.

“I have a five-year contract, which doesn’t sound like a long time, but I think regular changes to the directorship are really important in a place like this, as you need new ideas brought in. There’s a real danger of things becoming ossified if you don’t change leadership periodically, and I think smart leaders recognise that.”

Tom started his career as a medic in the UK and was active in clinical practice until making a move into academia. His areas of research were around drug therapies, the factors that determined their use, what the adverse effects could be and how a health service could manage those effects – specifically the UK’s National Health Service (NHS). 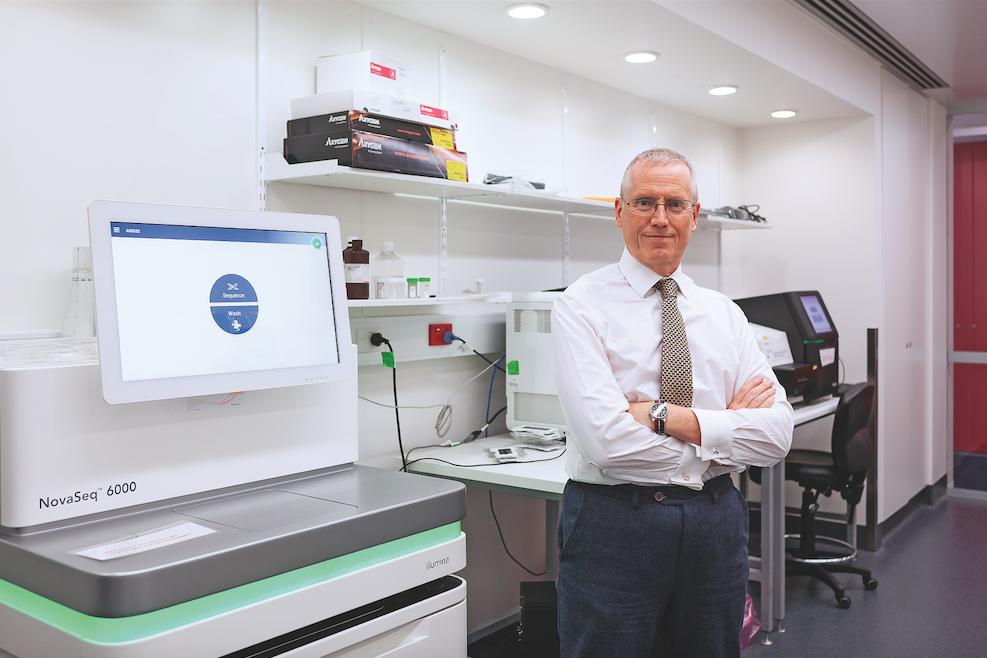 Then, after publishing more than 300 papers, Tom was offered what he describes as a “very interesting opportunity”. “In 2005, I was asked to take on the management of a national research program on behalf of the NHS. It was working with the National Institute for Health Research (NIHR), which was founded in 2006 as the research arm of the NHS,” he says.

Tom and his team’s focus at NIHR was to conduct research that was important to patients. “My remit at NIHR was completely aligned to my philosophy as a medic. Research is all about the benefits it can bring to patients. I’m less interested in the beauty of the research or the elegance of what we discover, or indeed the publications. To me, it’s all about whether the patient and the health service benefit from it,” he says.

Our philanthropic donations are typically around about A$10 million a year. I think that’s a real example of the extraordinary community spirit you get here in the Hunter Valley.

The sizeable amount of public funding Tom talks about totalled £7 million (A$13 million), which rose to £80 million (A$144 million) and, by the time he left in 2018, he was overseeing research budgets of £150 million (A$270 million). It was this experience that saw Tom being offered the HMRI position.

“When I was offered the post at HMRI, I saw it as a really interesting role for me,” he says. “I said yes because I was already familiar with the Australian health system as I’d been involved with Australia’s peak funding body for medical research – the National Health and Medical Research Council – for several years as an external adviser.”

While the successful partnership between the university and the local health district is vital, Tom says that HMRI’s most important relationship is the one it has with the surrounding community. HMRI’s passion for its local community is reciprocated and the Institute’s annual open day brings in more than 3,000 locals.

“We have community engagement activities all the time such as lectures in the building. And we’ve done an awful lot in terms of virtual lectures and short seminars during those first months of the pandemic, particularly around how to maintain good mental health during lockdowns,” he says.

“The community also take part in our research. They’re very willing to participate whenever we approach them. “We also fundraise in the community and they are wonderful in that regard. Our philanthropic donations are typically around A$10 million a year. I think that’s a real example of the extraordinary community spirit you get here in the Hunter Valley.”

That Hunter community spirit flows out into local businesses too, and the relationship the Institute has with Greater Bank is one example. “Greater Bank has been a supporter of HMRI for many years. We meet with them regularly to discuss our community’s research needs and they assist with funding,” Tom explains.

“Unlike many other medical research institutes in Melbourne or Sydney, HMRI is less single disease focused so we can deal with the needs of our immediate community. This allows us to be diverse in our areas of research. We work collaboratively with the university, and most of our researchers are direct university employees, which means we have a joint strategy around what areas of research we want to engage in and what areas would most benefit our community in the Hunter.” 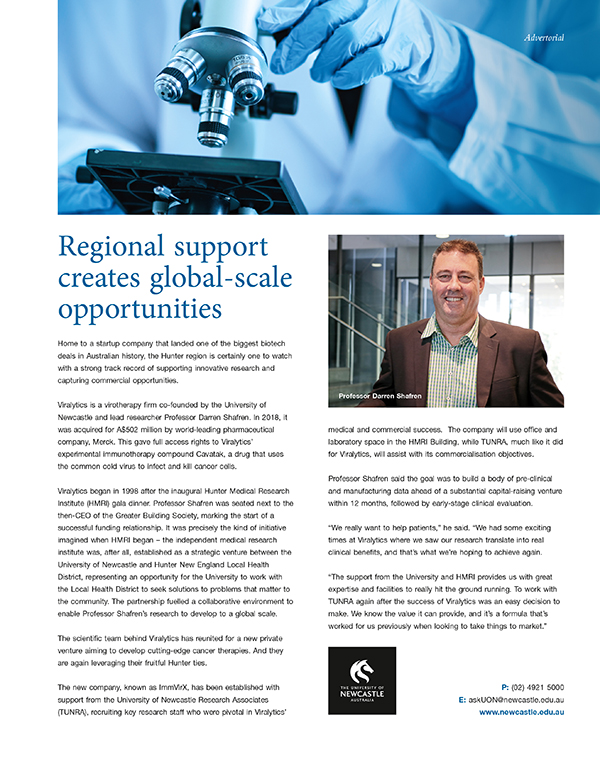 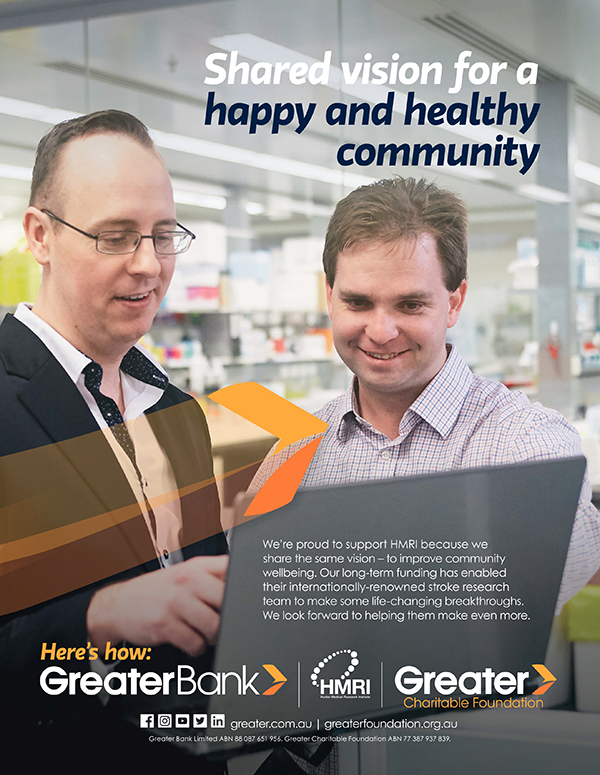