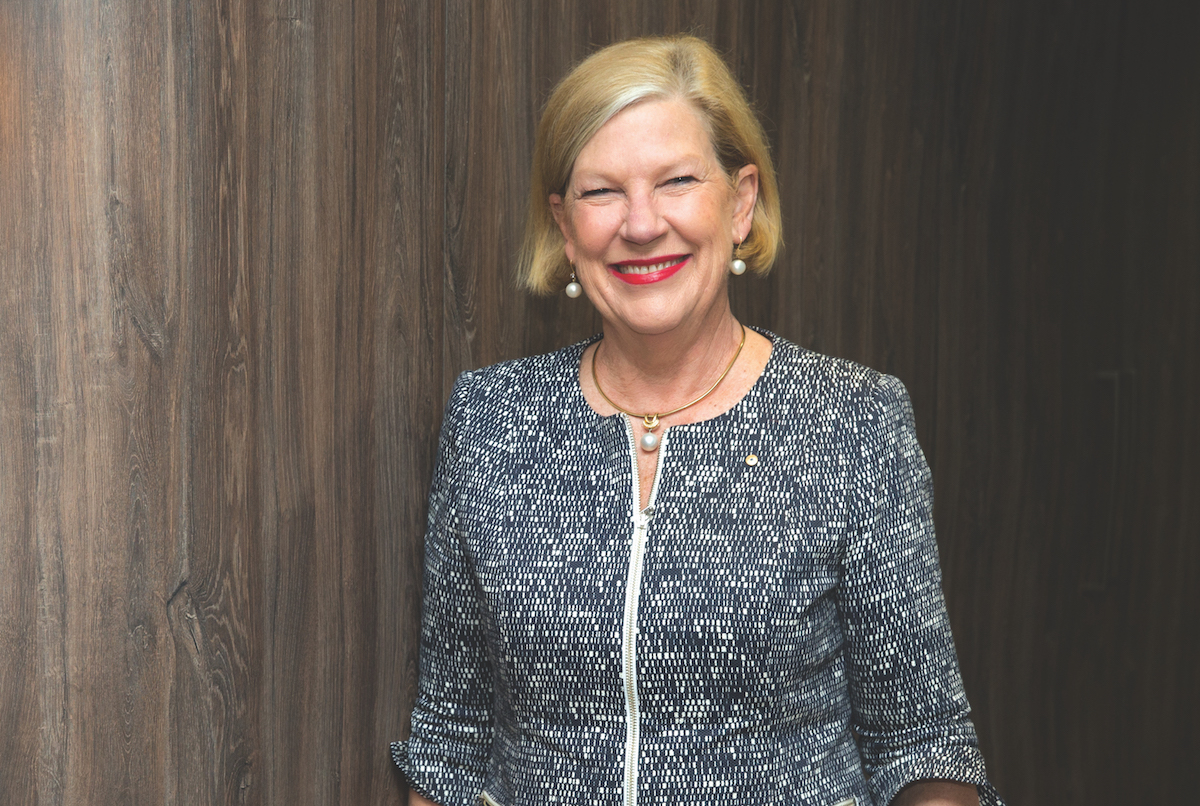 Coming off a high-profile, extremely successful tenure as CEO of Westpac New Zealand, Ann Sherry was an in-demand executive with a range of options open to her. A move to the world of cruise ships was viewed as a left-field choice; the industry was ailing and its public image had taken a number of blows. But the possibility of realising the sector’s buried potential appealed to Ann.

“You don’t often get the opportunity to take on a role like this. It was challenging, but I could see there was a possibility to turn it around and that’s what made it an appealing move.”

Once she had taken the wheel at Carnival Australia, Ann wasted little time moving confidently towards that turnaround, announcing an ambitious target of one million Australians taking a cruise by 2020. “When I said that, people thought I was completely mad,” Ann recalls. However, when that industry goal was realised, a staggering five years ahead of schedule, she didn’t look so mad any more.

Instead of basking in the glow of this achievement, she quickly doubled down on it, announcing a new objective of two million Australians taking a cruise holiday
by 2020. Ann says there is a lot of value in setting the bar high in this way.

“I think you need to have targets that people don’t quite know how to get to. The best long-term goals are those you can’t imagine reaching, where you can’t just get there incrementally, you’ve got to change your product and think about your customers differently. That’s how we used the one million people goal.”

The best long-term goals are those you can’t imagine getting to.

Meeting this new objective for the industry will require some serious hard work and even deeper customer engagement. “We need to keep thinking about who else is going to come to the market, where else people can sail, how we can open up more markets and how we can drive the segment analysis. It’s an opportunity to broaden our thinking even further.” 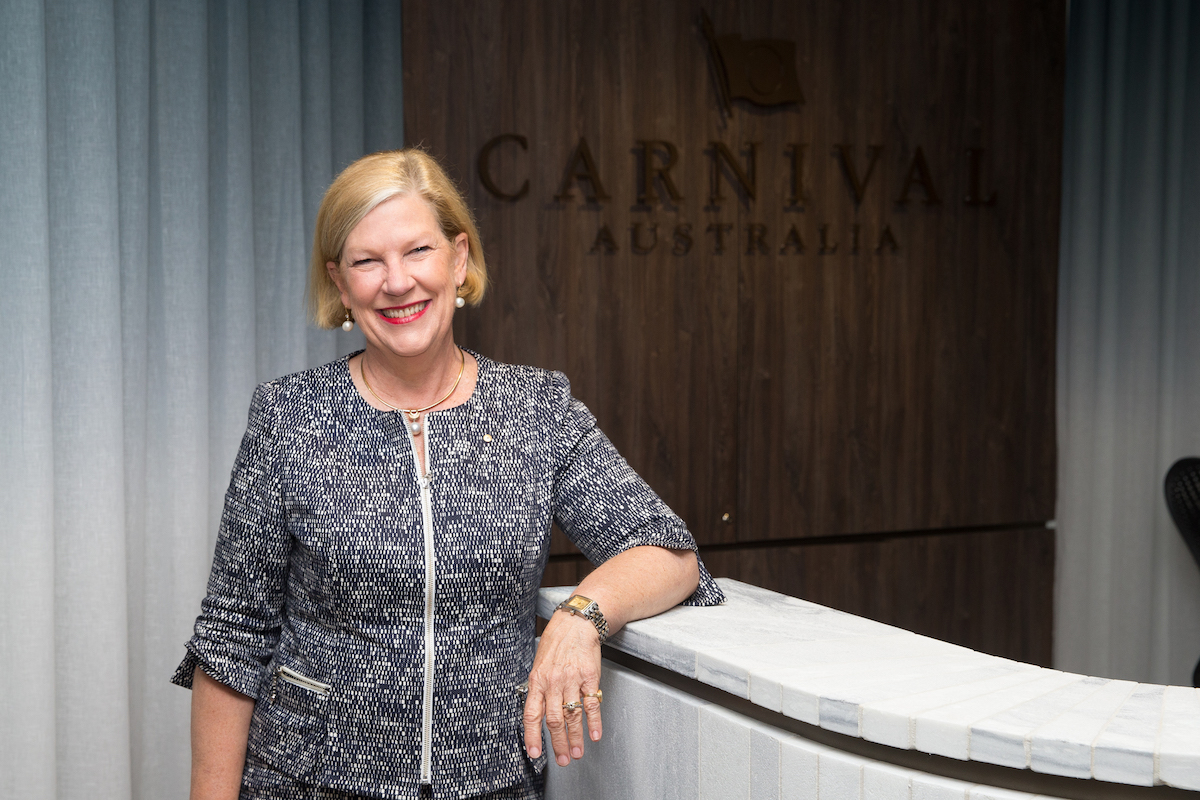 If that lofty goal doesn’t seem completely unobtainable, this is because of Carnival Australia’s recent history of success; since joining the company in 2007, Ann has driven year-on-year growth. She points to a number of factors for this resurgence, including revitalising the product lines. “What we offer now is very contemporary. Once, people thought it was a bit daggy to go on a cruise. Now, I think the product is as competitive and as contemporary or, arguably, more so than other holiday products.”

A cruise for every holidaymaker

Experienced in market segmentation from her time in the banking sector, Ann has successfully introduced this process to Carnival, which has led to a tweaking of its product lines to ensure it offers something for every holidaymaker. “If you want a high-end, luxury, all-inclusive product to an amazing place, we’ve got that. If you want to take your kids away on school holidays and you want something that’s energetic that everyone can do, we can do that too.”

Ann also points out that Carnival caters for those looking for domestic holidays alongside those seeking more exotic destinations such as the Pacific Islands or the coast of Papua New Guinea. “I think that breadth of offering has helped us to grow.”

The company has also benefited from highlighting the unique selling points of a cruise. “We can take you to places you can’t get to any other way. There’s a brag factor that goes with that. Those experiences are really the ‘money can’t buy’ part of what you can do. Often, people are looking for that. Ultimately, growth and success lives and dies by customer experience,” Ann explains. “I am very focused on customer experience.”

This focus is served by Carnival’s capacity to examine customer feedback data on a granular level; if a particular cruise scores low on entertainment, the individual entertainers will be reviewed. If a cruise receives lower feedback on food, each menu item for that trip will be scrutinised.

At a global level, Carnival is continuing to innovate in this space, Ann says, with the introduction of a high-tech, personalised concierge service, Ocean Medallion. “That’s essentially real-time data collection helping customers track their preferences. So, for example, it might send a message to people saying, ‘You said that you were interested in learning how to dance. A dance class starts in 15 minutes.’

“Using data in this way presents an opportunity to be more engaged with people when they’re on the ship. We’re actively looking at how we can use data analytics to help guide customers around their onboard experience.” As these analytical tools become more sophisticated, however, Ann agrees that instinct will still play an important role in leadership. “I’m sort of a gut-feel leader,” she says. “Gut feel is often shorthand for the data you wish you had and that you ultimately get. So, for me, I had a strong gut feel about the potential of cruises, what was happening in other parts of the world and what was possible. So, I think it’s still important, because it’s your internal processing of data. There is still room for judgement.”

An advocate for more women in executive positions

A long-time advocate for more women moving into executive roles, Ann says there has simply not been enough progress on this front. “There’s been a lot of conversation about women on boards. There is much greater accountability and visibility, but in executive roles, the numbers have not changed that much. There still needs to be more focus on keeping women in executive roles because I think one of the challenges for the high-visibility CEO positions is that we’re losing too many women in upper-middle management and executive roles.”

Ann points to a recent announcement by her former employer, Westpac, which had reached a 50/50 gender split in leadership roles, as a positive sign. Yet such equality remains largely an anomaly. “All the issues of culture and flexibility are still rattling around inside organisations and they really need to be addressed. There are clearly many other organisations that need to be setting sharper and harder targets for the representation of women in their executive roles.”

In recruiting and evaluating staff, Ann has always valued intangible qualities like motivation and drive over skill. Despite bringing deep knowledge of market analytics and industry nous to her role, she believes the real keys to her success as a leader have been energy and ambition. “I’m tough in that I do set hard targets,” she considers.

“I’m not hidebound by convention in either leadership style or the things I’m prepared to do for people who work in the business. Part of trying to be the best you can be as a business is demanding a lot of the people who work for you.” 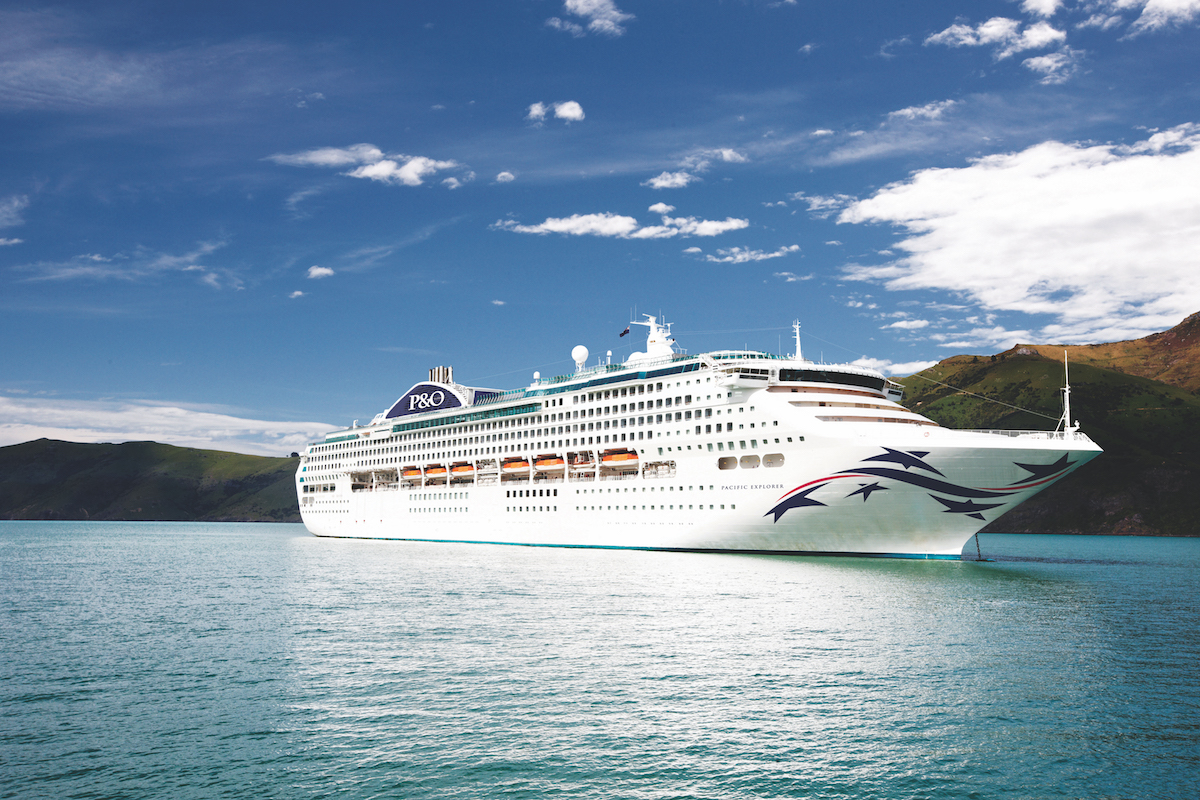 Part of trying to be the best … is demanding a lot of the people who work for you.

Ann believes being a hands-on executive is essential for success. “I think it’s important not to lose touch with what’s happening in your organisation. One of the great challenges of leadership is that you’re busy and there’s a million things people demand from your time. So, it’s easy not to know what’s happening on the frontline of your business, and just let people tell you.

“My view, though, is that it’s better to find things out yourself rather than rely on layers of organisational filtering to tell you what’s going on. I think this is especially important in a customer-centric business. It’s crucial to be visible and to communicate to people on the frontline that you understand how important their jobs are.”

CSR a part of everyday operations

This mindset includes Carnival Australia doing work, particularly in the Pacific Islands, around helping protect the marine environment of the places its ships visit. “We are very focused on being custodians of the sea,” Ann says. Similarly, when the company opens a new cruising destination, it is committed to working collaboratively with local communities to ensure there are long-term financial benefits that flow from the influx of tourists. Such an approach makes for a workplace everyone can be proud of, the kind of environment where staff are happy to work hard for the cause.

“If you love what you do, you will find motivation and probably be more effective.
I think we’re wrong to think of work–life balance as a set of scales with life on one side and work on the other. It’s much more permeable. The more that you like what you do, the more you are able to find ways of getting your non-work and work life into
a useful balance.”

Ann Sherry is now Carnival Australia’s Executive Chairman after 10 years as CEO. She is also The CEO Magazine’s 2017 Hospitality and Tourism Executive of the Year, and Runner-up Chairperson of the Year. 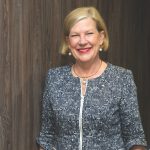