Even though Craig Niemann has always had a love for numbers, he preferred being active over studying at university. His enthusiasm to be involved in the community and create change was a clear path into the local government sector.

When he moved away from his family’s dairy farm and landed a job as a junior clerk at the Borough of Eaglehawk in 1993, it was the stepping stone that eventually gave Craig the confidence to take a major leap into executive leadership. In 1997, he entered the role of CEO of Loddon Shire, a local government area in Victoria, Australia.

It was eight years later, when his children were starting high school, that Craig decided to move to Bendigo, a goldrush boom town in regional Victoria. It proved to be a good move for Craig, who has been the City of Greater Bendigo’s CEO for the past 12 years.

Craig is passionate about working with the local community. “It’s in my DNA,” he says, adding that his parents were both strongly involved in the community. It’s no wonder, then, that the importance of giving back and improving the lives of others is so ingrained in him.

Feeling that he is able to make a valued contribution to the people in the community, Craig and his team are dedicated to providing civic services that engage the public.

“My day-to-day can be so varied – the different topics we talk about, planning for the future, responding to daily needs and delivering on the expectations of people in the community,” he explains. “That’s where satisfaction comes from – helping people. I’m a people person.”

A noticeable transformation in Bendigo is the building of a new hospital. The government-funded A$630 million project – the largest regional hospital development in Victoria – is a Public–Private Partnership between the Victorian Government and Exemplar Health, and is intended to transform health care in Bendigo.

“It’s a digital hospital,” Craig explains. “It uses smart technology to manage patient records as well as deliver an exceptional level of patient care. It provides critical services like cancer treatment, meaning both local patients and those in the wider region don’t need to travel to Melbourne. It has put world-class health care on our doorstep.”

“It’s great to have people who think, work and contribute differently. They all play a part in a team environment to deliver the best outcome.” 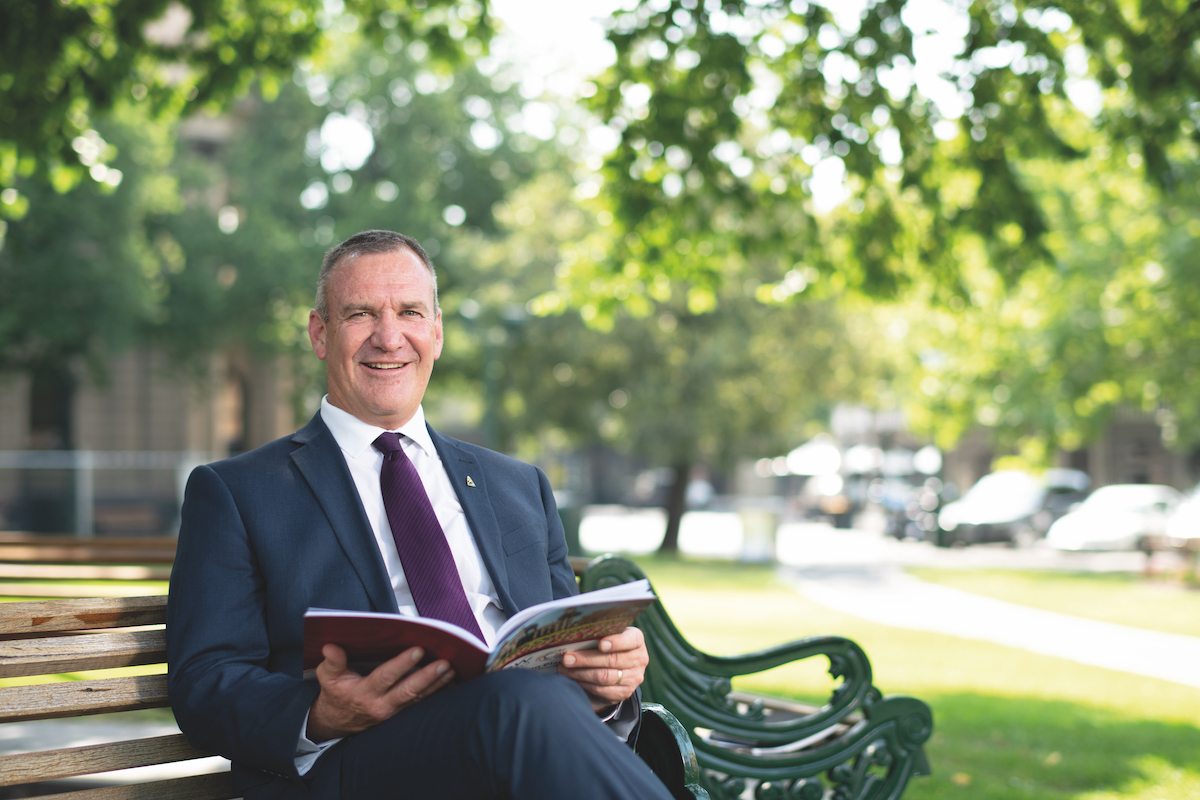 With many other projects in the pipeline and the daily Qantas direct flights between Sydney and Bendigo, the council is working to create the “world’s most liveable community”. Craig says that Bendigo’s population is expected to grow to 200,000 by 2050, which is almost double today’s figure.

“There is a great amount of economic activity that needs to take place in that time,” he explains. “The city is playing its role in identifying future industrial land, creating the infrastructure to help people move to and from work and to be attractive for business and industry.”

The other goal is to improve its sustainability strategy. The council is currently working on changing habits, reducing emissions, planting more trees and creating more canopy cover.

“I like working in an organisation where we want to be the best,” says Craig, while reflecting on his position as a leader. “I’m a collaborative leader. I am someone who wants to see people succeed and do well. I get satisfaction out of watching people grow and work hard to deliver their best. I also talk about being one entity; we’re not different units or parts.”

As well as being forward-thinking and strategically planning for the future, successful leadership is also about diversity and inclusion. “It’s great to have people who think, work and contribute differently. They all play a part in a team environment to deliver the best outcome,” Craig says.

“We’re here for the greater good and to make a big difference.”

His role as CEO undoubtedly comes with its challenges – many of them to do with people’s perceptions of local government. Craig says some people talk about local government in a not-so-positive way, which he says builds resilience. Despite some positive feedback he receives, Craig adds that “a couple of comments from time to time can be quite challenging and hurtful”.

Craig often reminds himself that “there is a degree of resilience and understanding that you can’t be everything to everyone. We’re here for the greater good and to make a big difference. We can’t satisfy everyone all of the time,” he says. “Our efforts are about making it good for everyone in the best possible way we can.”

Authentic leadership is a priority for Craig. He says people should not try to be anything but themselves. “You genuinely need to be who you are. People respect and appreciate that there’s a genuine person who’s trying to be their best.”