City of Joondalup CEO Garry Hunt jokes that his greatest achievement since being hired in 2005 has been keeping the formerly controversial city out of the news.

While his tongue-in-cheek comment certainly has merit, with the council experiencing significant issues prior to his appointment, Garry has, with tremendous vision, expert business know-how and a collaborative leadership style, helped transform this northern Perth suburb into a benchmark local government and thriving global city.

“When I arrived, I saw a blank canvas with a lot of opportunity for development,” Garry says. “The challenge at that time was, of course, to rebuild the organisation and its reputation, to make it a recognised, accepted and trusted brand once again. With a lot of work, planning and advocacy, we’ve been able to do just that.”

No stranger to the business world, Garry has held executive positions in local government since the late 1970s. Prior to his current role with the City of Joondalup, he served as the CEO of the City of Perth and the City of Melville, for eight years each, and had also worked with the Institute of Municipal Management and the International City/County Management Association based in Washington DC.

“My general approach to strategy is lots of research, analysis and then a lot of engagement with key parties – it’s an ongoing thing.”

His nearly 45-year career has catapulted him to the astute businessman and leader he is today. “My general approach to strategy is lots of research, analysis and then a lot of engagement with key parties – it’s an ongoing thing,” Garry explains. “You have to develop a very broad network, not only in the area that you specialise in, but across all of society – especially, if you’re in a community-focused profession like I am. It will help you to know not only what’s happening, but also what the trends are and what the future might bring.”

As for the future of Joondalup, it’s never looked brighter, thanks in part to Garry’s sound leadership. “I’ll only be here for another 12 months,” he points out. “My main area of focus this year will be to make sure we have everything in place so that in 2020 and beyond, the city will become the commercial and employment hub and capital of the northern corridor of Perth.”

Currently, Joondalup is a vibrant seaside city at the forefront of innovation, sustainability and commercial productivity – and this wasn’t by accident. Joondalup is a master-planned city, so it has a freeway and a railway, a university, a hospital and the largest retail precinct in all of Perth.

Under Garry’s leadership, buildings in the city’s centre have been given a minimum – versus a maximum – height, to encourage people to invest the most they can in Joondalup. Garry says doing so helps to ensure that there will be buildings at least five storeys high on prime investment land. So far, Prime House, an office for up to 800 public servants, has been erected and a 17-storey, A$85 million apartment tower is underway.

His prized project, though, is the Ocean Reef Marina, which is a joint venture between the state government and LandCorp. Its construction is expected to begin in late 2020, generating roughly 900 jobs during the construction phase alone and an additional 1,000 once the project is completed.

“This project has been in detailed planning my entire time at the city and is of huge significance,” Garry says. The ocean marina will have more than 1,000 dwellings plus a hotel with numerous and varied commercial activities that one would expect from a marina of its size. It will further position the City of Joondalup as a major tourism hub.” 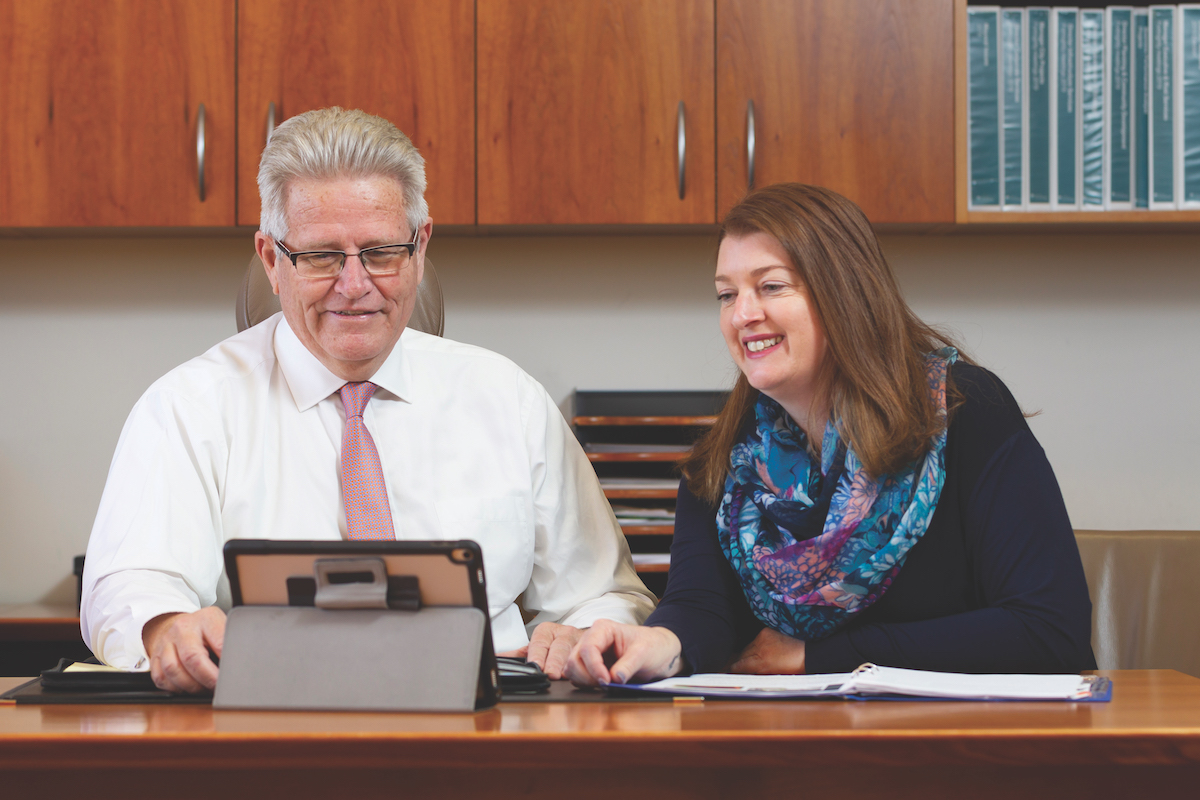 “Innovation isn’t just important to us, it’s fundamental,” Garry says. “We developed our first digital strategy back in 2012 when very few people were even aware of the notion. We coined the vision, ‘A global city: bold, creative and prosperous’, and it has guided us to look beyond Western Australia and think globally about how we could attract business to the city and students to our university.”

Calling upon his years of experience, Garry knew the way to position Joondalup as a global city was to form strategic partnerships. One of these is the Joondalup Learning Precinct – made up of the City of Joondalup, Edith Cowan University, North Metropolitan TAFE and the Western Australian Police Academy. “As a leader, you are fundamentally reliant on those around you.

Our partnerships are very important to us,” Garry says. “Joondalup Learning Precinct is an important driver for our area. We’ve worked hard with Edith Cowan University to become an innovation hub and the state government has recognised the city for this.

We’ve also been very lucky in that the university has attracted federal and state government funds for the Australian Cyber Security Cooperative Research Centre. The whole of Joondalup is now seen as an innovation precinct.”

This innovation extends to the healthcare sector as well. The hospital has been upgraded three times in the past 15 years and now Joondalup Health Campus, in partnership with Telethon Kids Institute, is breaking new ground with the ORIGINS Project – a study aimed at reducing the rising epidemic of non-communicable diseases like diabetes, obesity and eczema.

“It’s the largest study of its kind in Australia and will have major effects globally with its interconnected, grassroots nature,” Garry says. “The study will provide an example for tailored replication for communities around the world. The potential benefits are endless.”

The city also has ongoing pilot projects with external partners and other local governments to leverage the use of technology for the benefit of the community. “We carried out a major exercise with Telstra in developing a smart park on our coast that has all kinds of technology associated with it. There’s even a YouTube video on it, which garnered something like 4.6 million views.”

Driving sustainable innovation, Garry is particularly fond of his work with Asphalt Tech and the city’s upcycled roads. “There’s a particular piece of road in our precinct near an area called Cockatoo Ridge that used 100 per cent recycled product – a relatively new initiative for us,” he beams.

“Following that, we just finished a second road made of plastic shopping bags and ink toner cartridges. But, the regional one at Cockatoo Ridge has had significant environmental ramifications. There’s been a reduction of greenhouse emissions by 54 per cent as well as energy savings through the use of hot-mix asphalt coupled with the recycled product.” 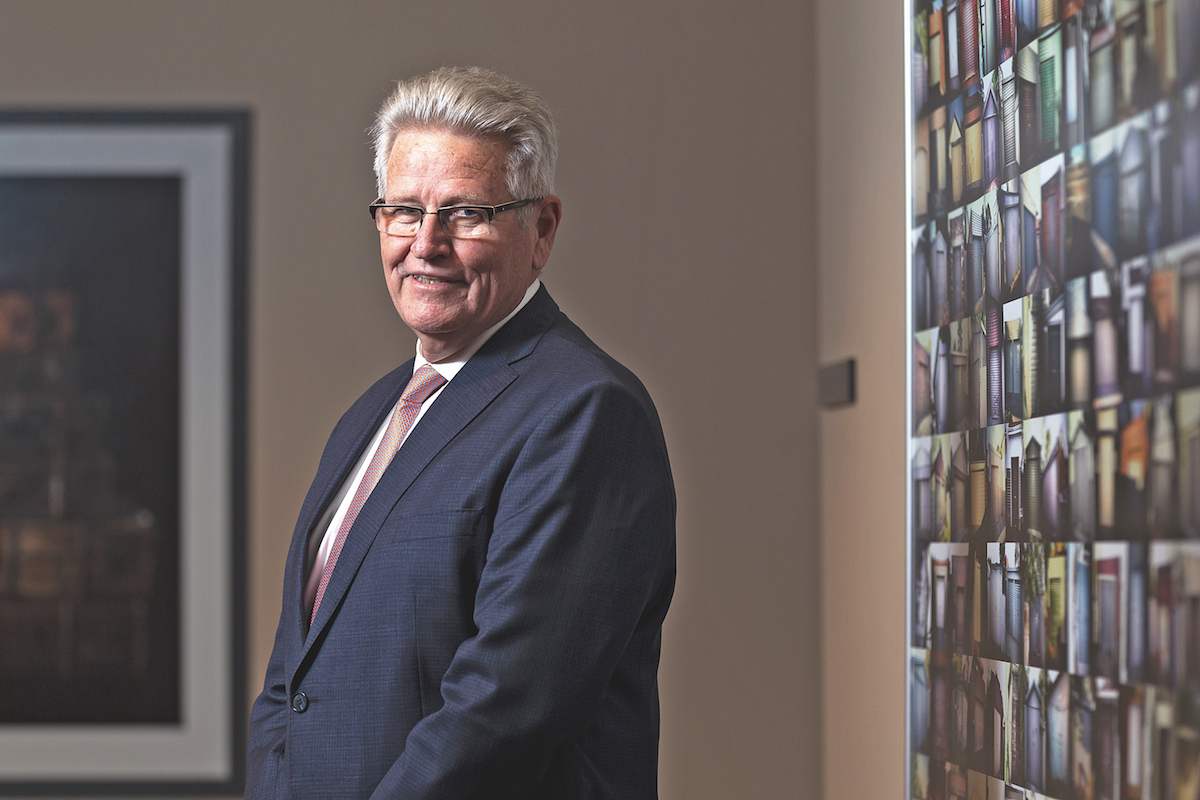 With an eagle-eye focus on urban sustainability efforts for many years now, Joondalup has been dubbed one of the original biodiversity cities in the world – thanks in part to its involvement with ICLEI, the international body for local environmental initiatives. With an emphasis on the city’s beautiful natural areas, Garry says it’s an effort that really brings the community together.

“We have 17 kilometres of crystalline shoreline, a marine park that covers most of those 17km and an inland lake system. The community is very focused on the sustainability of those areas. They’re interested in issues like recycling, and we have large numbers of groups dedicated to volunteering in and around natural bushland areas. Their volunteerism is a very significant part of the Joondalup community.”

“There’s a thing called the ‘rule of seven’. You need to be talking about something a minimum of seven times before it actually resonates with other parties. We say things twice and expect people to embrace it with enthusiasm – but they don’t. They need to be convinced, and you need to give them time to think through issues and become comfortable with what’s being proposed.”

There’s also potential in Perth for a third AFL team, and Joondalup is lobbying to be its home base. Already decked out with one of Australia’s best golf resorts at the world-class Joondalup Resort, a basketball stadium on the edge of the city and a local football club which has been based in the city since 1995, Garry says an AFL team would be a logical next step.

“There’s a football side located almost in the centre of the city of the metropolitan area of Perth. There’s another one located in the south. Well, it’s only logical to have one up north, here in Joondalup, isn’t it?” he asks.

“And it’s not like they’d have to build something new; we have an AFL stadium inside the city centre, which was originally built with the rest of the development way back in the early 1990s. We have a large, well-cared-for existing facility, and it’s on the rail line and the freeway. These are all key things that you need for an AFL venue, and they’re all right here.” 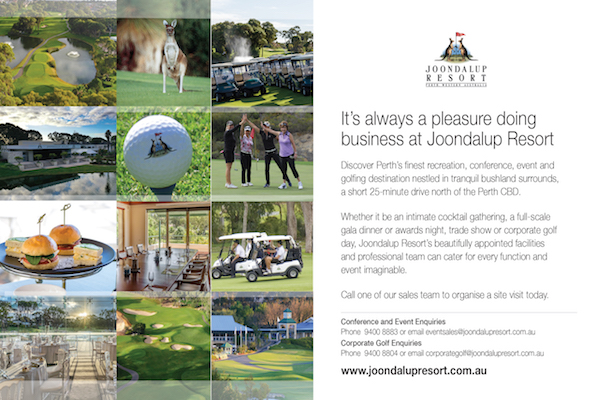 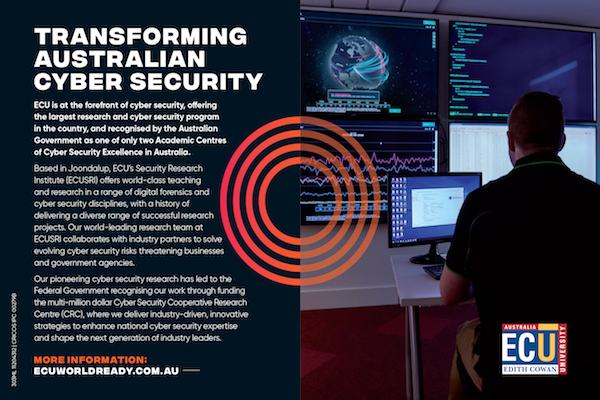 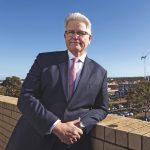