All in the same boat: Jayson McDonald 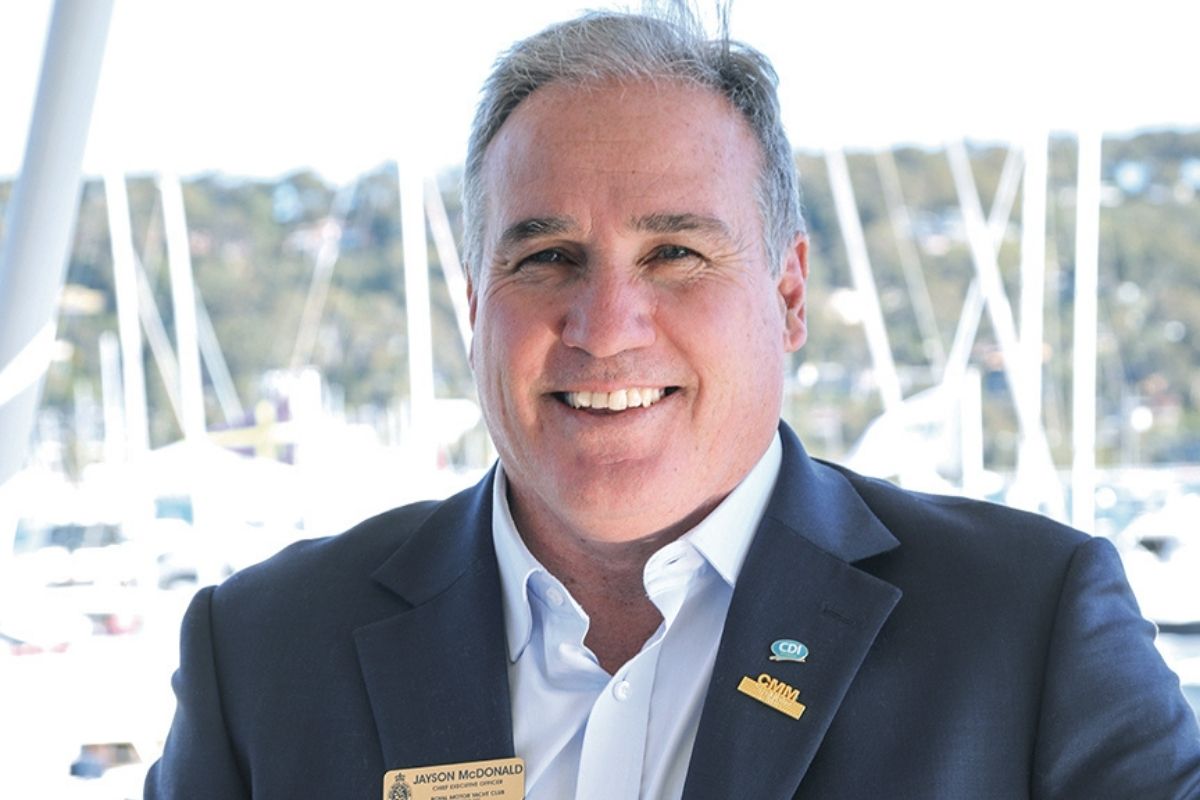 Jayson McDonald leans back in his chair and gazes out the window. “This is why I love my job,” he says. It’s not so much drinking in the panoramic view, although watching the yachts and motorboats bobbing up and down on sparkling blue water fringed by lush bushland is definitely a bonus. For the CEO of Sydney’s Royal Motor Yacht Club Broken Bay (RMYC), it’s more about the 3,000-plus members who make up the club’s remarkable community.

Boat owner or not, CEO or tradie, captain of a luxury yacht or commander of a jaunty little runabout, the club at Newport is home to an extraordinary and diverse group of people Jayson believes sets the club apart from others.

“It’s definitely our members who make the difference,” he reflects. “Right now, I’m looking out at a huge range of boats, a 42-metre one probably worth about A$15 million and another five-metre one, probably worth about A$5,000. None of that matters when they come into the club, it doesn’t matter if they don’t even own a boat, they all come in to get together, have a drink and share their day.”

Surely, though, there’s a little bit of one-upmanship between the yachties who sail and the “others” who navigate the “stink boats”, vessels powered by motors? “Nah, we’re all boaties,” Jayson laughs.

“Sure, Sydney has a few yacht clubs predominately catering to sailing, but if you look at our history, the club was based on powerboat racing, so we have a healthy mix of sails and engines. It’s what makes us so unique.”

That history spans more than nine decades, ever since the RMYC’s first clubhouse opened along the shores of Pittwater in 1928 at the gateway to Broken Bay and the Hawkesbury River.

A dedicated “boatie” himself, Jayson grew up in Manly along Sydney’s Northern Beaches and spent five of his nine years in the NSW Police Force serving with the Water Police, an “awesome” experience forging friendships he still treasures today.

Jayson was previously the Master and Engineer for Sydney Ports Corporation, the General Manager of Asset and Logistics for Alpha Flight Services and the Managing Director of JAYMAC Management, specialising in marine and construction management, before being appointed in Marina and Project Management for the RMYC seven years ago.

He was charged with extending the club’s marina to include berths for 256 boats, including a designated berth for a 55-metre superyacht. In 2019, he accepted the job as CEO, a role he slid into easily – on and off the water.

“My wife and I have boats so we’re doing what the members are doing and they relate to that,” Jayson says. “I think that while the fundamentals of running a business remain the same, a club like the RMYC wants to see a person with boating experience running it. I’m not just someone standing there pointing the finger at others. I always get my hands dirty, do a tender run, or grab a bag of ice for someone. You just do what you need to do to make things happen.”

Over the past 18 months Jayson and his team have worked tirelessly to make many things happen. While the essence of the club remains the same, its atmosphere and facilities have been completely transformed to offer a more modern and vibrant atmosphere.

He says the buzz was electric as staff from every department pulled together to help change the club’s brand – updating every aspect, from the website to staff uniforms and menus. They’re changes which have obviously been appreciated, with club membership at its highest level.

“It’s always been a good club, but now it’s a better club,” Jayson reflects. “We’ve got the new marina, the forecourt and the pontoon, and we’re working on a master plan to create a new function area out the front. The website has gone from looking clunky to being bright and modern with great photos, and our menus offer more healthy alternatives. We’ve been working very hard to get it right.” 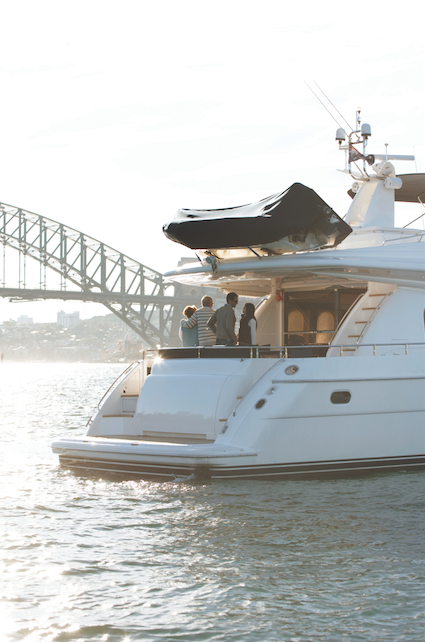 While the RMYC undeniably attracts a large number of boating enthusiasts, Jayson recognises the social members as being just as vital to forming the fabric of the club.

While they may not own boats, they certainly appreciate everything else on offer such as its multiple dining areas and bars, heated swimming pool, play park, trivia nights, family picnic days and live music. The club also caters to private events such as weddings, business meetings, wakes or conferences.

“We’ve got this world-class marina and we need the facilities to go with it to keep evolving and attracting new members,” he explains. “We want our club to be a destination place for everyone, whether they’re visiting during the holidays, or coming regularly to enjoy a beer and a chat, a swim in the pool, or relax in the cabanas.”

On the weekends, you’ll often find Jayson enjoying time with his members, maybe at a Saturday night gig featuring jazz great James Morrison or jumping onto a boat to follow the club’s floating pontoon, the Pearl, up the waterway where it hosts a cocktail party.

In winter, there’s a chance for members to showcase their favourite land transport as the car park is emptied and filled with classic cars, while popular holidays like Christmas and New Year are always celebrated.

“This is not just somewhere to park your boat, it’s a place where community gathers,” Jayson says of the club. “It’s somewhere our members, their friends and families can come knowing there’s loads of activities and events they can enjoy month to month, year on year, but that are always done a little differently.” 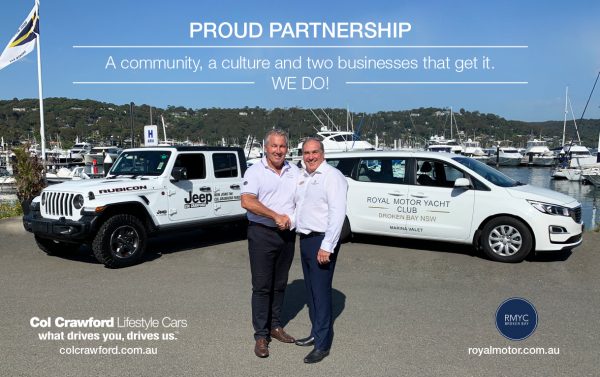 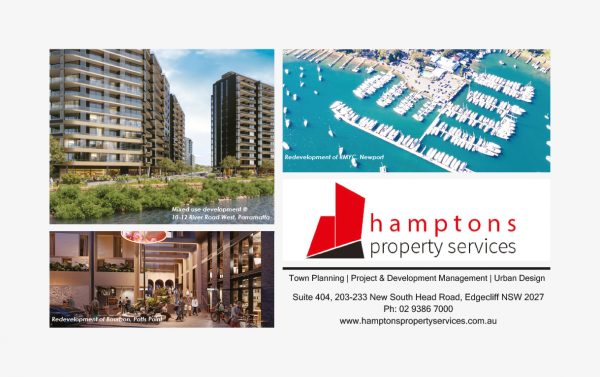