Be my guest: Jean-Paul Riby 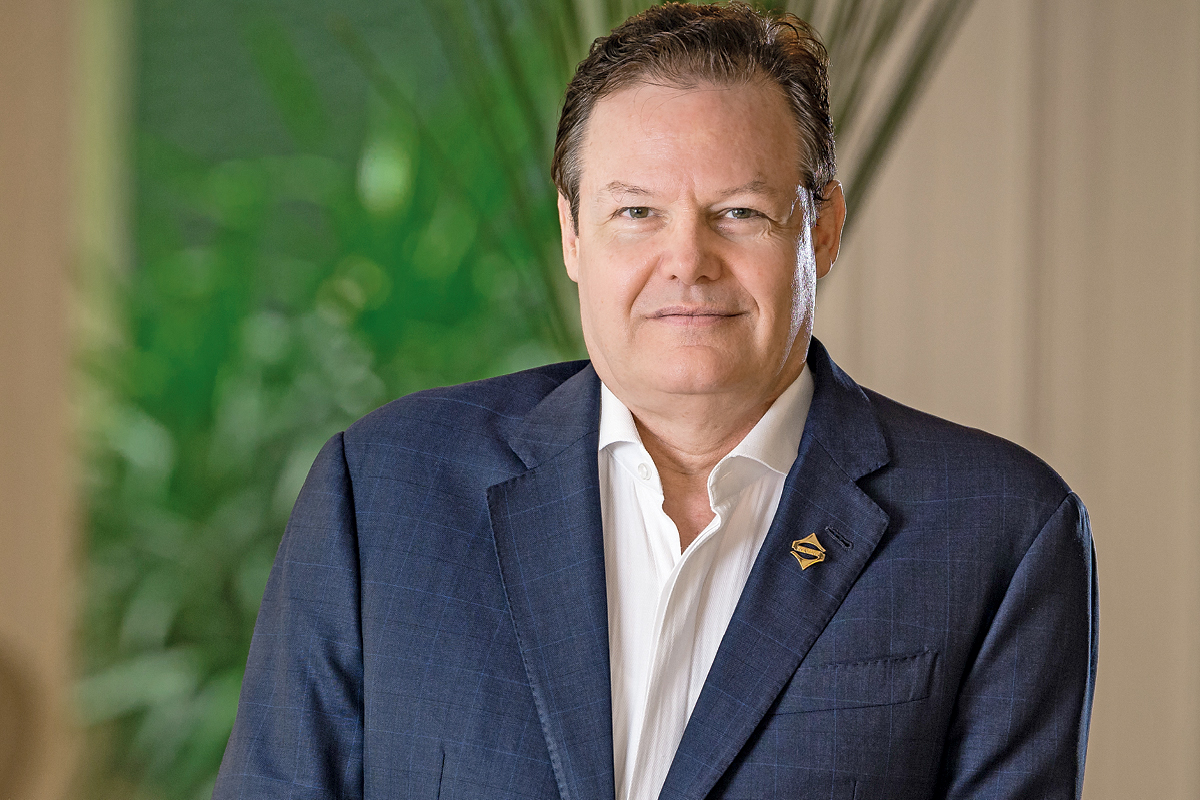 Decisions, decisions, decisions. A private untouched island in Cambodia or Bora Bora in Tahiti? Not to holiday, mind you, but to work. Albeit in five-star luxury. Choosing between one paradise and another is typical of many decisions Jean-Paul Riby, the CEO of Sun Hospitality Group, has had to make since working room service at Monte Carlo’s spectacular Hotel de Paris 35 years ago.

“It was an amazing choice to have,” he agrees. “But I didn’t hesitate, not for one minute. I went for Song Saa Private Island, because it was the first villa resort to be built on a private island in Cambodia and I had to come up with the entire concept. That was something unique, something I would never again do in my life.”

Arguably, Jean-Paul’s entire career has been unique. A peek at the Frenchman’s resume reveals an astonishing journey working in opulent establishments, from the London Hilton and Meliá in Milan to Bhutan’s Uma Paro resort by COMO and the Gran Meliá in Jakarta.

“At the beginning of it when the teacher asked all 65 of us if anyone thought we had an attitude problem, no-one raised their hand. After three days, when he asked the same question, 95% of us put up our hands.”

Many of Jean-Paul’s executive roles, predominately in food and beverage or general management, were during pre-opening stage, a critical and demanding time ensuring everything from the concept, design, hiring and marketing was completed to perfection before launching. Invariably, once his mission was accomplished Jean-Paul moved on to his next project.

“My wife sometimes doesn’t understand that part of my character,” he reflects. “She says, ‘But, wait a minute, you have a job; why do you want to change?’ It’s because I want something different. I need to challenge myself again.”

In 2011, Jean-Paul veered in a different direction to become Executive Partner in Hospitality Development of the One Asia Group in Jakarta, before moving to Vietnam two years later to become COO of Victoria Hotels and Resorts.

From there, he moved to more project-oriented roles focused on finance, forecasts, development and feasibility studies. He was an advisor to the renowned Space Matrix Architect Studio, CEO at Lobster Bay Management Services and Country Director of Epikurean Hotels and Lifestyle, before joining Sun Hospitality Group in January last year.

SHG Services include asset management, hotel operation management, finance reporting, property maintenance and renovation and unique experiences. Almost 4,000 are employed to work in the hotels with another 75 manning the head office in Hanoi.

In March, the Vietnamese government issued a directive to close all hotels to help prevent the spread of COVID-19 with the country considered a rare success having emerged from a six-week total lockdown on April 30 with no deaths recorded among its population of 100 million. 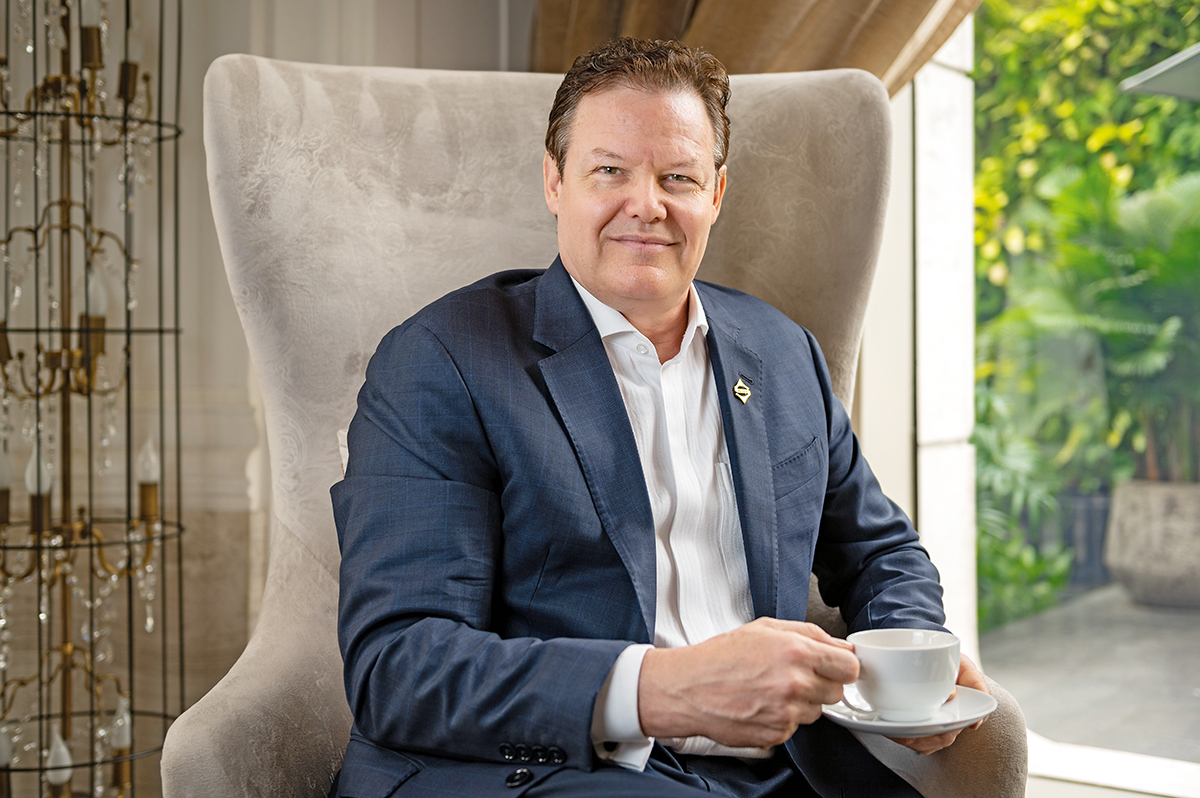 “Vietnam handled it well,” Jean-Paul says. “Naturally, it’s been tough. We have suffered a loss of about 85% and it’s going to take a lot of hard work to recoup just 50% of that. We reduced staff by 25 per cent, suspending or deploying others or, as in my case, putting them on unpaid leave. And with our hotels completely closed or manned by a skeleton staff for cleaning and engineering, our properties basically returned to pre-opening status. It took time to coordinate all the staff and get them operational again. Our prime beach destinations on Phu Quoc island were the first to open in May to Vietnamese, and we’ve also focused on our business clientele as they slowly returned to flying.”

Jean-Paul says functions are still booked on hotel calendars, including those organised by his wife Trang who runs Bliss, one of Vietnam’s most successful event companies. While her business was halted in its tracks during lockdown, most events, particularly weddings, were purely postponed until later in the year.

Jean-Paul says he was surprised at how easily he adapted to working from home and reflects warmly on one major benefit, getting the chance to spend time with his baby daughter, Chloe.

“I am in Hanoi during the week and returning home on weekends, so having the opportunity to be with my family every day when Chloe was just six months old was wonderful.”

Jean-Paul admits the family experience was a great leveller, as is meditation, a skill he learned from monks in Bhutan and one he attributes to changing his life. He remembers moving to the tiny country in 2008 as a jumpy executive constantly on edge. However, faced with an environment of no nightclubs, bars, nor cinemas, he decided to learn new things.

“I began meditating with the monks, and when I left Bhutan more than two years later, my friends barely recognised me because I was so calm and peaceful, not jumping around reacting to everything,” he says.

“Meditation doesn’t require you to be in a particular place or listening to music; I use it whenever and wherever, to reduce stress and concentrate.”

Today’s ‘particular place’ for Jean-Paul is a corporate office in the bustling surrounds of Vietnam’s second-largest city. It’s a stark contrast to resort life where personalisation is key, providing discerning guests with unique experiences is a major priority, knowing their names is a must and catering to their every need an expectation.

However, Jean-Paul isn’t fazed. As far as he is concerned, the services provided by Sun Hospitality Group are a fundamental backbone to the luxury on offer, while his teams deserve their own unique experience.

“It’s the same application,” he says. “The thing you have to do is treat the people you work with as your guests, regardless of whether they are from the design department, IT, operations or marketing. Basically, everyone around me is a guest – my guest – and that develops a completely different attitude. You realise it’s all about how you make people feel. That’s what they remember.” 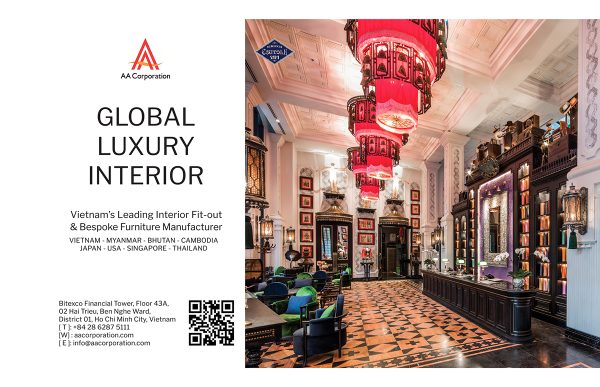