A sure bet: Luke Walker 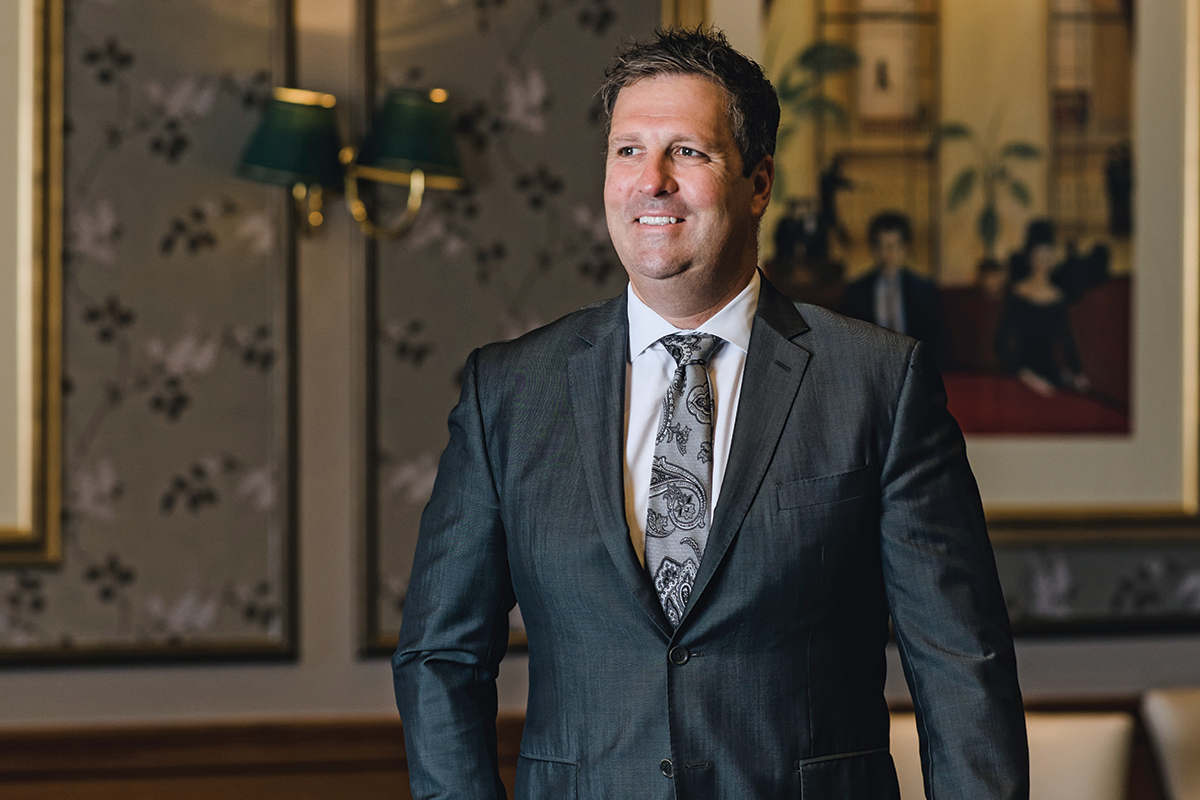 Luke Walker is unfazed about moving from Sydney to Melbourne to Adelaide in just four years. He’s got that easygoing, unruffled sort of nature that would see him segue comfortably into any new environment and help him adapt quickly to the varying quirks and perks each city offers. Except when you press him on sport. That’s when you discover the Adelaide Casino General Manager can be a little set in his ways.

He happily concedes Melbourne is the sporting capital of Australia and is just as quick to vote Adelaide Oval as the best sports facility in the country – two huge ticks of approval from a Sydney boy. Surely, the third will be a conversion to AFL?

No such luck. “That’s tricky. I frequently attend AFL games with people who are good at explaining the strategy and of course watching it live is a vastly different experience from watching it on television. So, I’ve got a new appreciation for it.”

Nice dummy pass, Luke, but which do you prefer? AFL or League? “Look, growing up in Penrith, it has to be League,” he finally admits. “And it’s the mighty Dragons for me.”

The Dragons? This is the team that represents Sydney’s St George and Illawarra districts, south of Sydney, nowhere near Penrith, nor even Parramatta, where Luke spent a year as General Manager of Parramatta Leagues Club. “I had no choice. It’s the team my grandparents and parents supported,” he explains. “And the Dragons are looking good, by the way. I’d recommend getting on them for this season.”

Sports tips aside, Luke’s next sure bet is on the future of the Adelaide Casino. It’s a A$330 million future, in fact – an expansion incorporating a luxury hotel with 123 suites, new restaurants and lifestyle and entertainment precincts, additional luxury VIP gaming suites and 750 car parking spaces. It’s also a clear sign of confidence from operator SkyCity Entertainment Group after the casino suffered years of decline.

“Adelaide Casino was coming off its worst ever year in FY2017 and we had to lead an enormous transformation to ensure an effective and efficient business model was in place prior to the expansion project being delivered. Then there’s the A$330 million expansion itself; there are not too many times in your career you get offered the opportunity to do that.”

Luke left his role as Executive General Manager of Gaming Machines at Melbourne’s Crown Casino and moved to Adelaide where he hit the ground running in February 2017, several months before construction began.

The casino is spread across two floors of the historic Adelaide Railway Station, built in the 1920s, on the banks of the River Torrens in Adelaide’s North Terrace. The new development will be the centrepiece of Adelaide’s iconic Riverbank Precinct, a 380-hectare entertainment hub which includes the Adelaide Oval, Adelaide Convention Centre, Adelaide Festival Centre and the revamped Festival Plaza.

The sought-after tender for the expansion project was won by Hansen Yuncken, the same construction company that completed the original development in 1985. 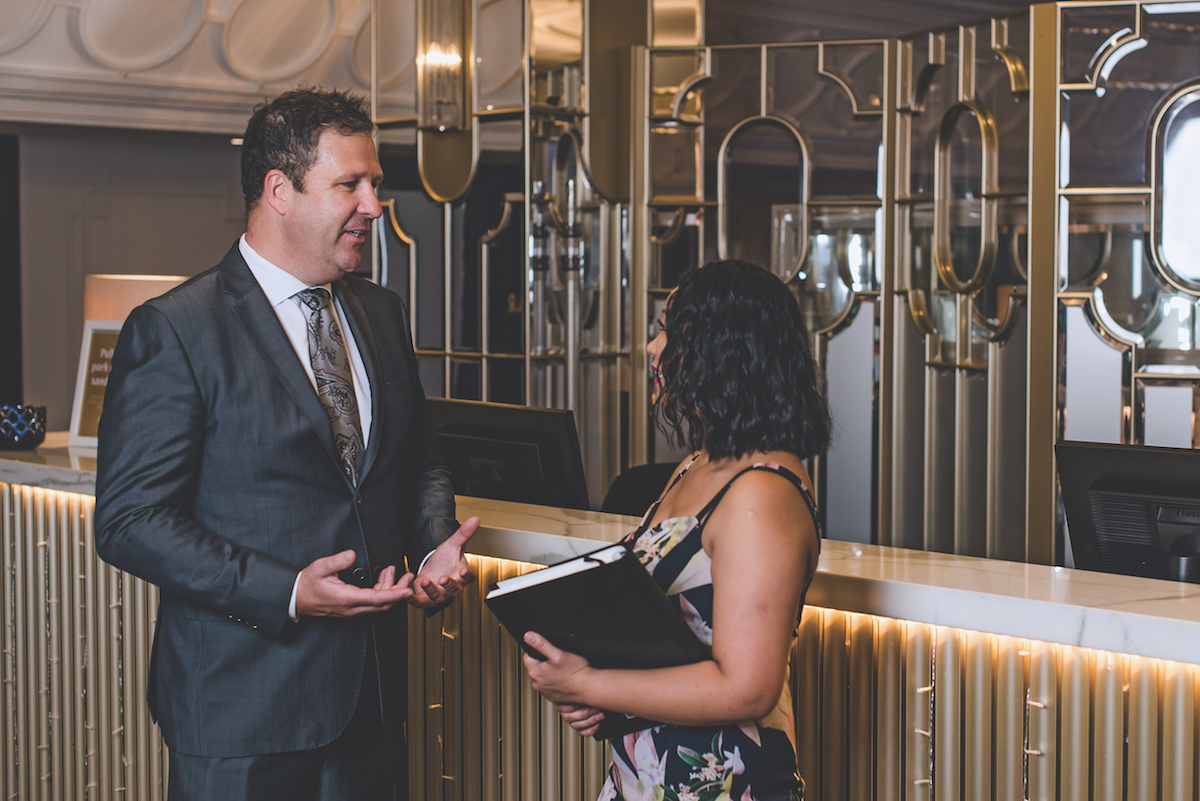 A three-storey glass atrium will connect the heritage building with the new 12-storey building. Expected to open in late 2020, with bookings for the hotel and conference facilities opening at this year’s Australian Tourism Exchange, it will feature a stunning rooftop bar.

“We’re very conscious that we will need to protect the special character of the Railway Station building with a seamless integration of the new building into the old. The rooftop bar will provide unrivalled panoramic views across the river, to the west, north and the Adelaide Hills.”

“The rooftop bar will provide unrivalled panoramic views across the river, to the west, north and the Adelaide Hills.”

“It’s going to be world-class and marks the most significant private investment in the precinct’s rejuvenation. Other cities may have all that fantastic infrastructure but not in such a small area.”

More than 1,000 jobs have been created during the construction process and another 800 will be added once the casino opens, expanding the total number of jobs to around 2,000.

“I have hired our senior leadership team and some second-tier positions but the majority are still to come. In fact, name any hospitality staff position and we’ll require one or more of those. We’ll certainly try to hire locally where we can, but to find 800 staff of the calibre we need, we will also be looking elsewhere.

“The senior leadership team is probably one of my greatest achievements,” he adds. “We scouted nationwide and internationally to get the right people to turn the existing business around, plan for the expansion project, and manage the integration and operation of the two.”

Even though Luke has more than two decades of experience in senior executive positions, predominantly in clubs, he recently completed the Company Directors Course. He believes learning from company directors is invaluable for managing the responsibilities of a publicly listed company. He also raised A$40,000 for the homeless last year at Vinnies CEO Sleepout at Adelaide Oval.

“More than 100,000 people sleep rough throughout Australia; 44% of those are women and children and 6,000 of them live in South Australia,” he reveals. “A lot of my colleagues and friends had no idea about these figures until I got involved, so awareness is very important. That’s why I wanted to jump in and do my little bit.”

While Luke thrives on a challenge, he’s also acutely aware of his own shortcomings and admits he’s struggled in the past to achieve a healthy work-life balance.

“I’ve probably had the balance way out of order at times, but I’m getting better and learning to work smarter, not harder. I’ve discovered that with the appropriate prioritisation, time management and delegation, I can achieve more in less time.” 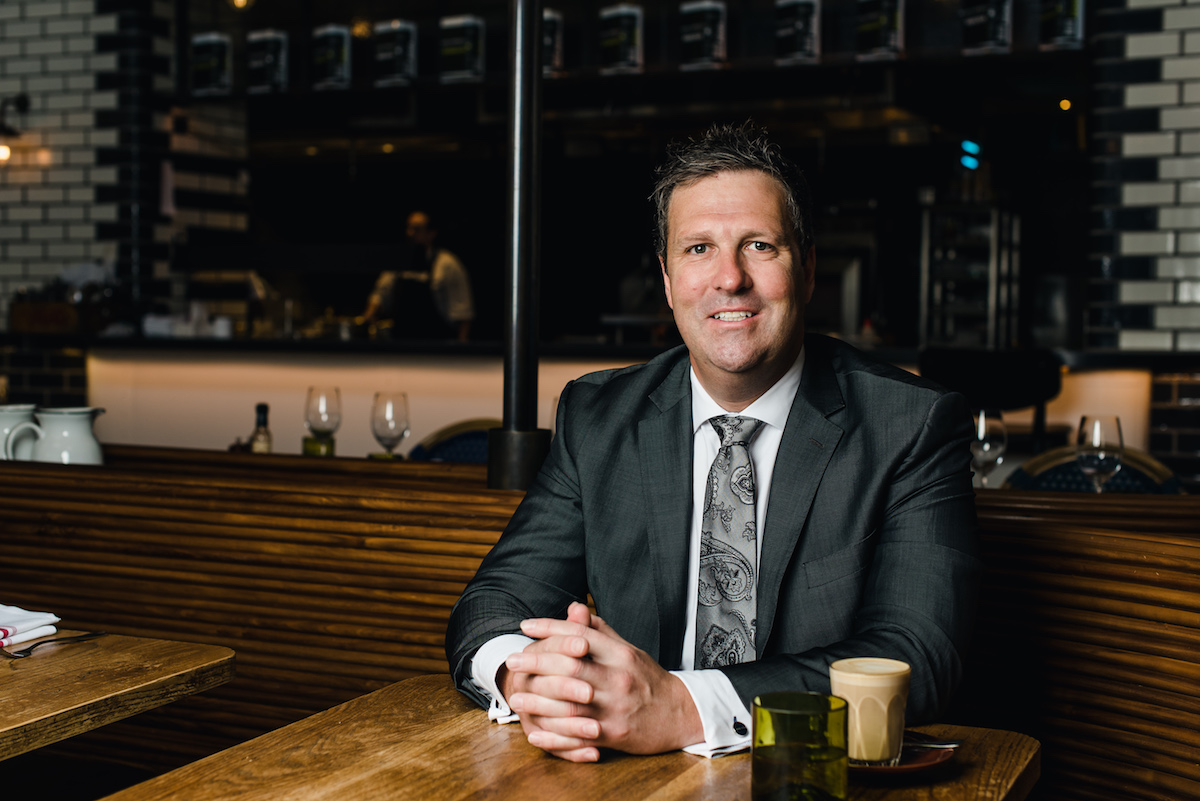 While he may not have completely embraced South Australia’s football code, Luke is passionate about everything else about the state. South Australia’s visitor economy grew by 10% last year, to A$6.9 billion, and Luke regards the Adelaide Casino as the perfect base for tourists to visit the Barossa, Adelaide Hills and McLaren Vale wine regions, Kangaroo Island, the Murray River, Port Lincoln and the Flinders Rangers.

“Adelaide has everything but on a smaller scale, allowing it to be more relaxed and accessible.”

“All without the hustle and bustle of the larger east coast cities,” he remarks. “Adelaide has everything but on a smaller scale, allowing it to be more relaxed and accessible. Recent national tourism data has South Australia outpacing the national average in a number of key performance indicators and we’ve barely scratched the surface. It’s a really exciting time.” 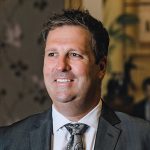