Paul Fischmann, CEO of 8Hotels, ended up in the hotel business after finishing school and not knowing what he wanted to do from there. “I sort of fell into the hotel business when I was 20 years old,” Paul says. “I had no experience, and really no education beyond high school.”

However, as fate would have it, Paul was introduced to a dynamic young property wheeler-dealer who was predominantly building residential buildings around Sydney, while also buying and selling commercial properties.

“He had a hotel in the city that he had bought around the same time that I went to work for him and, really, my role was just to follow him around. But, through him and the group of guys he was doing business with, I learnt quite a bit about real estate, construction, and financing; I also learnt a lot about the hotel business, because our offices were within his hotel.”

The property developer had bought the hotel as a commercial deal, but ended up running it for a time. So, in the year that Paul spent with him, he gleaned many insights into running a hotel as well as developing property. “After that year, he booted me out, telling me to go and make my own deals,” says Paul with a laugh.

It was this experience that gave Paul an undeniable taste for the hotel industry. “I liked the brand-building side of the hotel industry, and the everyday side of it,” he says. “And I quite liked the fact that the hotel business was very much a day-in and day-out business. So, when an opportunity came up to take over the lease of a boarding house in the City of Sydney, I took it on—and it became my first accommodation business. It was a very run-down sort of a place, but a very strong business. It was only 16 rooms, but when I kept if full, it became a great learning ground.” 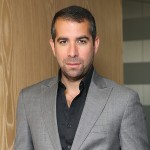