Spencer Travel is taking charge of the travel industry, offering a highly personalised service to clients and nurturing the next crop of leaders.

Spencer Travel is taking charge of the travel industry, offering a highly personalised service to clients and nurturing the next crop of leaders. 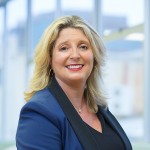 In 2009 Penny Spencer, Founder and CEO of Spencer Travel, realised the Australian travel industry was lacking something integral to its growth and longevity. It needed a mentorship program to help talented workers take the next steps in their careers so they wouldn’t leave and find success elsewhere. “What I saw was that a lot of people would come into the sector and then, three or four years into it, they wouldn’t know how to keep developing,” she says. “Unless they had been mentored within their own workplace, then it was really hard for them to progress and move up the ranks.

I thought that if we had a mentor program with high-profile members, formed specifically for the travel industry, then it would help to retain the great talent already in our industry.”

The concept behind the Travel Industry Mentor Experience (TIME) was born and Penny set about spreading the word. Fast-forward to today, and the not-for-profit program has put through more than 120 mentees, preparing them with the skills and support they need to be future leaders of the sector. “It has been hugely successful,” Penny states. “We rely on sponsorship, which can sometimes be a struggle, but the industry is very supportive. It has been incredibly worthwhile.”

Spencer Travel refers to its core workplace values as the acronym CHARGE, which stands for: confidence, honesty, appreciation, reliability, gratitude, and enthusiasm.

Penny’s own professional background was largely based on practical experience and the advice she picked up along the way from her own mentors. She always knew she wanted to start a business, but was never quite sure of the right time to take the plunge. One day she attended a conference and was listening to a motivational speaker whose message resonated with her: If you have a dream don’t sit on it, do it now. “I came home and said to my husband, ‘That’s it, I’m going to open my own business’,” she recalls. “I had been dreaming about it for a while and I thought, ‘I’m going to make it a reality’. So that’s exactly what I did. I resigned from my job that week and put the wheels in motion.”

Culture is key to standing out from the competition

That was in 1998, and since then Spencer Travel has evolved — both organically and through acquisition — to become a significant player in Australia’s travel segment. Even in those early start-up days, Penny says the culture of the company has been a key differentiator to other players in the market with its strong focus on communication, transparency, and openness. Spencer Travel refers to its core workplace values as the acronym CHARGE, which stands for: confidence, honesty, appreciation, reliability, gratitude, and enthusiasm.

“Honesty is about being truthful in what we offer, within our teams, and to our suppliers and clients,” Penny explains. “Confidence is something we talk about a lot, because we need to have confidence in what we’re selling and who we are as a business. Appreciation is a big one. I always like to say give and you will receive; there’s no point in always taking. Reliability is pretty straightforward: we’re always doing what we say and keeping our promises. Then there’s gratitude, which is a similar one to appreciation, and enthusiasm, because we like to celebrate and be enthusiastic about everything going on in the workplace.”

These values have helped to guide Spencer Travel through the challenging times, of which Penny says there have been many over the past eighteen years. First there was the fallout from September 11, then SARS, Ansett’s monumental crash, the global financial crisis, and the list goes on. All of these instances have impacted on business or leisure travel to some extent. “The challenges are never-ending,” Penny notes. “Now we face the threat of terrorism. September 11 was really the beginning of that, with people being scared to travel as a result. It was interesting, because for six months after that event my phones didn’t ring. The GFC also drastically affected business, particularly the corporate travel scene.”

Always ready with a contingency plan

To overcome this volatility and the unfortunate circumstances happening in the world, Penny had to come up with contingency plans. But thanks to her deep experience and that of her staff — ten of whom have been in the industry for more than thirty years — Spencer Travel has been able to navigate difficult times.

A high degree of customer service has also played a critical role in that success: “We might not be the cheapest in the marketplace, but you will be looked after like a queen or a king,” Penny says.

For the future, Spencer Travel will continue to seek out new opportunities, even ones that are literally out of this world. “We’re a Virgin Galactic accredited space agent,” Penny explains. “That’s the new frontier of travel. Space tourism will inevitably happen and grow, so we’re really excited to be a part of that. We’ve been an accredited space agent for the past four years and we’ve already sold tickets to space. I can’t wait to take our first client there.”