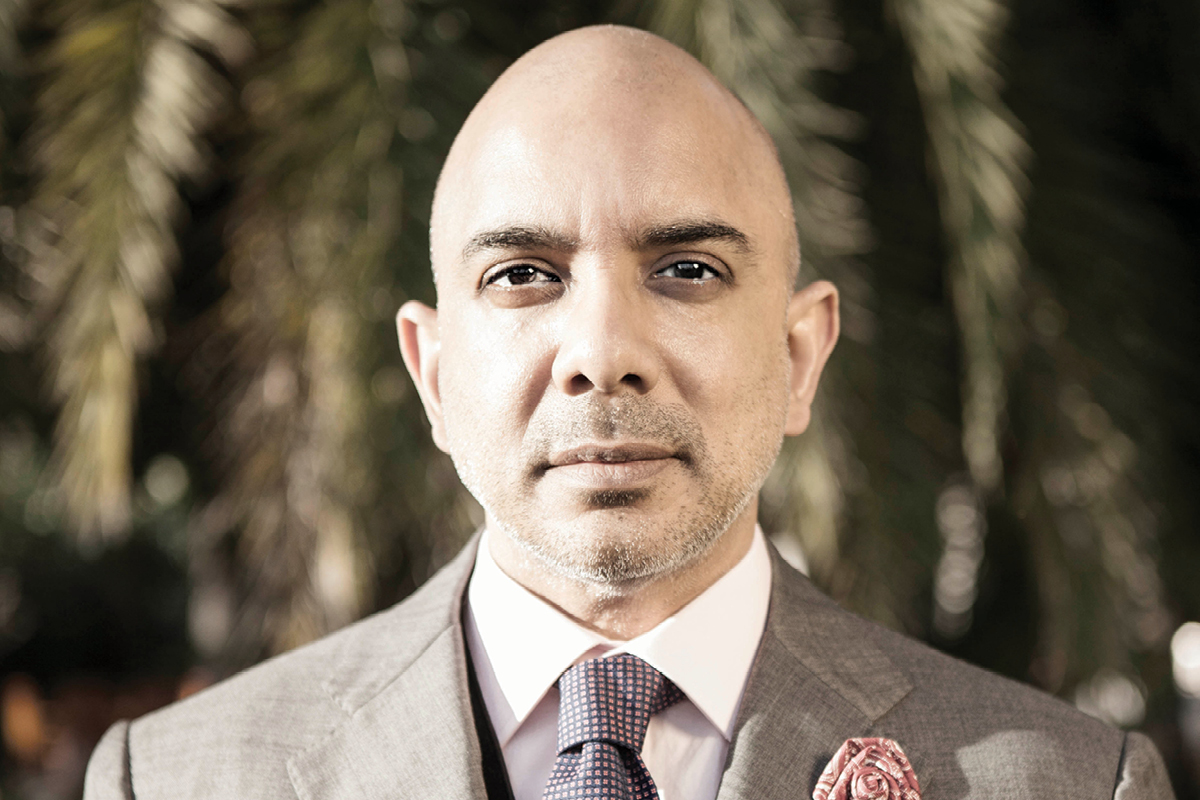 The sun peaks over the horizon, casting a golden glow across a crystal-blue expanse of the Indian Ocean. On the beach, a woman sits proudly atop a white horse with a matching Rolls-Royce trailing alongside her. She is wearing nothing. As the breeze lightly tosses her hair, a photographer captures the elegant beauty of the scene, which will soon be part of the woman’s private collection, thanks to the staff at Maradiva Villas Resort & Spa.

“We do things off the beaten track here,” says CEO Sanjiv Ramdanee. Aside from Maradiva’s award-winning spa, Hermès amenities and walking distance from a pristine beach, Sanjiv prides himself on running a nimble business, where he is able to offer guests the purest form of hospitality.

With just 65 rooms – all private villas, each with its own pool – Maradiva is the lowest-capacity five-star luxury resort in Mauritius. Significantly, each of its six competitors on the island is part of a chain, which is just one of the qualities that sets Maradiva apart.

“We are technically a small property, especially compared to other properties in Mauritius,” Sanjiv says. “But since we are a family-owned business, we have no limits like they do.”

Sanjiv has accommodated every special request imaginable, ranging from elaborate Chinese marriage proposals and rowdy company retreats (where breakfast was served at three o’clock every afternoon), to a multi-week Ayurvedic rehabilitation regime for a fellow hotelier who had been injured in an accident.

“They told him he wouldn’t be able to walk ever again. We treated him here with just traditional treatments every day for four or five hours, and now he is able to walk,” Sanjiv says.“Any request can be attended to.”

A resort for the stars

Maradiva’s development into a blank canvas for the imaginations of its guests began out of necessity. Another consequence of its independence from an international chain is that, for years, it had to struggle harder than its competitors for brand recognition. And compounding the problem of Maradiva’s obscurity was Mauritius’s obscurity as a destination.

“Mauritius developed a reputation as an upmarket tourist destination in the 1970s and 80s, and then we became complacent. When you say Mauritius, very few people know where it is, aside from those from the traditional markets. People have tried to tell me it’s the same thing as the Maldives,” Sanjiv says.

This led him to the belief that when it comes to marketing, “You can’t separate the resort from the destination.” He made it his goal to put the country back on the map.

His inspiration came from a trip to Los Angeles in 2010 where he attended the Golden Globe Awards and brushed elbows with the Hollywood elite. “We went there as observers, met a few people, and it became obvious to us that that’s where we should focus our marketing,” he recalls.

“Look at what Eat Pray Love did for Bali and The Lord Of The Rings for New Zealand. Even Monaco was not really well known outside its region before Grace Kelly married Prince Rainier,” Sanjiv says.

“When your destination is in the movies, it requires no explanation.”

In 2017, the dream came true when the first Hollywood movie was shot on the island. Matthew McConaughey, Anne Hathaway and Diane Lane touched down on the island to shoot the thriller Serenity, and they all stayed at Maradiva.

Today, Sanjiv is in negotiations with several other Hollywood and Bollywood studios that are eyeing the island as a setting for movies and TV series. In a few years, he hopes that Mauritius will be able to have its own film festival. “It’s nice to have stars around, but at the end of the day, this is about business. If it didn’t make business sense, they wouldn’t do it,” he says.

Whether they are movie stars or not, Maradiva’s guests are treated like family by Sanjiv and his team. It is important to him that their hospitality feels natural rather than forced.

“I treat my staff like my family, and this is reflected in how they approach our guests. They’ve come a long way from when they joined the company, and the main thing I hear from guests and partners is that we have an excellent team – among the best you’ll find in Mauritius,” he says.

“I treat my staff like my family, and this is reflected in how they approach our guests.”

Another element of Maradiva’s company culture is its approach to its surroundings. Water pollution poses the most significant threat to Mauritius’s delicate natural environment, which is why Maradiva has a sewage treatment plant that purifies wastewater for irrigation.

Sanjiv has eliminated the use of plastic straws and bottles in the resort and says the next step will be to shift Maradiva’s energy source to solar. Upgrading projects like this keeps Sanjiv from the precipice of monotony. “I get bored with doing repetitive things, so I’m always looking for something new,” he says.

Nonetheless, there is one ritual he cherishes. At the beginning of each day, Sanjiv takes a moment of silent meditation to clear his mind and help him focus. “It’s not hard to motivate myself,” he says. “Inspiration comes naturally from being attentive to one’s environment.”