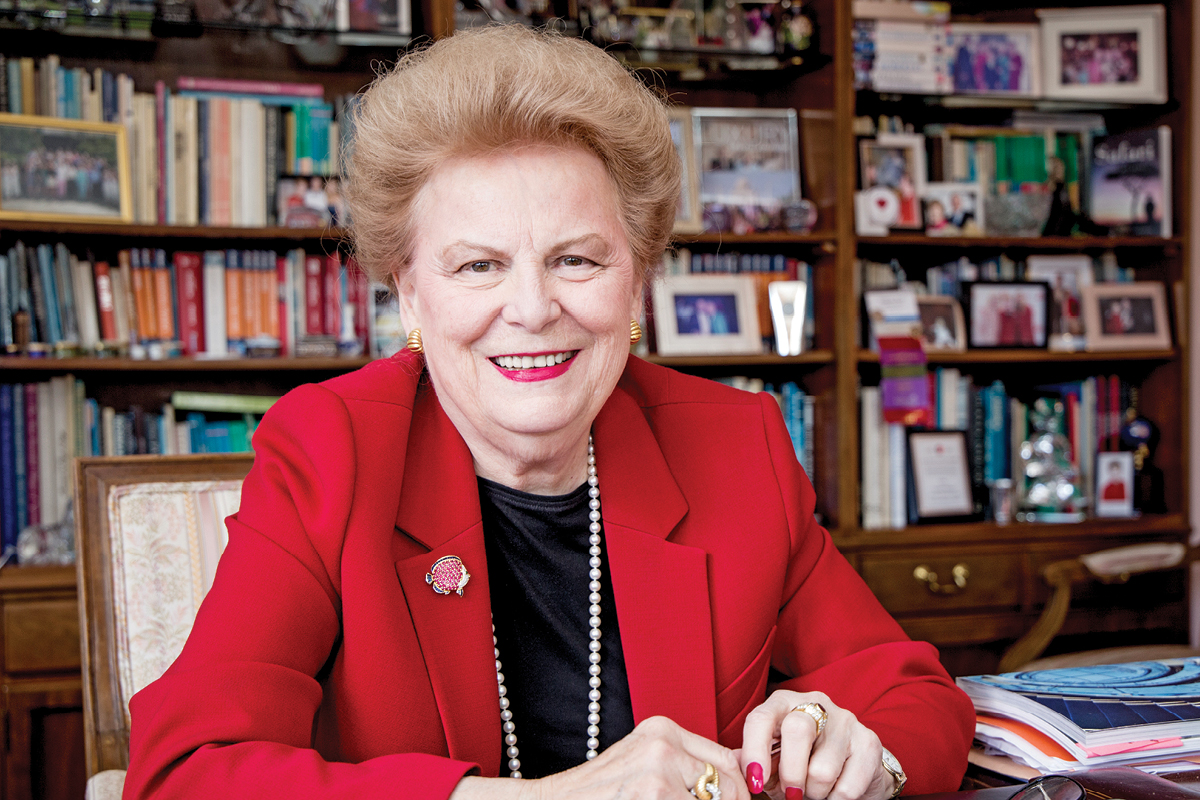 As the saying goes, ‘Necessity is the mother of invention.’ The proverb is well-worn but accurate in the story of Valerie Wilson, Founder and CEO of Valerie Wilson Travel (VWT). Living in England some 30-plus years ago, Valerie found herself unable to locate a local travel agency, while US-based agents were unwilling or unable to offer services to someone living in England. With the only available options being package deals, Valerie decided to take on the role herself.

“I couldn’t find anyone to assist me, so I became my own travel agent: researching, checking things out and reading travel guidebooks for wherever we were traveling to,” Valerie recalls. “It could be that we were having cocktails in one hotel and dinner in another. I would observe travelers arriving in the lobby and how the staff was treating clients – and how they enjoyed that experience. So the company somewhat happened by accident.”

Her newfound passion for organizing travel and evolving firsthand experience naturally led her to create VWT, which was, at the time, intended to be a small boutique travel agency. Servicing the leisure travel needs of Valerie’s social circle, VWT would eventually shift its focus in 1991, with the addition of Valerie’s daughter, Jennifer Wilson-Buttigieg.

As well as marking VWT’s transformation into a family business (Valerie’s other daughter, Kimberly Wilson Wetty, joined a few years later in 1995), it also heralded a new direction for the agency: corporate travel, which today represents more than half of VWT’s sales. Although Jennifer’s intention was to stay for just two years, things turned out a little differently.

“The rest is history,” she says. “She’s still growing our corporate department, our incentive department and our meetings and events area. Both my daughters had been in the hotel business for a few years before coming to VWT. I remember it was about four years after Jennifer joined and Kimberley was working for CIGA Hotels. After it was purchased by ITT Sheraton, her job was going to be moved to another city.

“She came to talk to me about her options and I said, ‘I’d love to have you develop and grow a cruise department for VWT and look at how we can strengthen our reputation in the business as a leisure agency.’ Since then, all three of us have spent many years developing our business with independent contractors or, as I call them, Associates.”

Today, Jennifer and Kimberly serve as Co-Owners and Co-Presidents of the firm, but Valerie never expected them to be such crucial figures, nor VWT to reach such heights. “None of it would’ve happened without Jennifer and Kimberly joining me all those years ago,” she recalls. “My philosophy was that I was just going to be a small, boutique, high-end agency that would mostly be handling leisure travel for good friends or friends of friends.”

“None of it would’ve happened without Jennifer and Kimberly joining me all those years ago.”

To this day, the firm is well-known throughout the industry for its family culture. VWT’s numerous partners – including groups as prestigious as The Ritz-Carlton Hotel Company, Four Seasons Hotels and Resorts, and Delta Air Lines – credit the agency’s status as a family run business for its success. Indeed, Greg Webb, former Vice Chairman of Sabre Travel Network, said, “The family atmosphere and culture is likely what drives Valerie Wilson Travel to the high level of hands-on experience for the customer.”

One of VWT’s main collaborations has been with Virtuoso, a worldwide network of top agencies and providers for luxury travel. VWT first entered discussions with the network around the time that Kimberly joined, and since their addition to Virtuoso’s invitation-only portfolio, they have been able to offer greater value for better services, making use of Virtuoso’s global connections as well as their own.

From arranging private, after-hours tours of the Louvre to visits to Cartier’s hidden atelier, Virtuoso’s resources match with VWT’s emphasis on luxury travel to create a natural partnership.

Despite the shift from a boutique agency, the company still prides itself on its high touch and dedication to forming personal connections with clients, suppliers and preferred partners. Equally central to VWT’s success are its core values of truth and honesty. Whether dealing with Associates, colleagues, or the industry as a collective, Valerie believes “honesty and integrity create trust”, an essential component of the company’s mission to create a powerful, lasting connection with clients.

On being a woman in business

“I left the Midwest, went to school in Boston for two years and then came to New York and worked in fashion for many years. Of course, all the bosses were men, but I always believed that if I kept to my own Midwestern values, was honest and worked hard, I’d be successful.

And I was outproducing many of the male employees. A lot of it was naivety and sincerity, such as, ‘I don’t like that item as well as this one’ and, ‘I think this would sell better in your store.’

“When I opened the women’s division of Gant Shirts back in 1964, the company was owned by the two Gant brothers. They had a belief in me and there’s no question I had a belief in myself. I’ve been fortunate that there’s never been any kind of a block to my success or thought process; to me, all people are good people. It doesn’t matter whether you’re male or female, or from a different country or culture. It’s how we can work together to succeed.”

“It’s about how to tell the dream and then make certain our clients have the opportunity to form those lifetime memories, because time is so precious,” Valerie explains. “When I call myself a lifetime consultant, it’s because I don’t just want to plan one trip. I want to plan all the trips that you’re going to take with your partner, family, children, grandchildren – for your lifetime. That’s why I refer to myself as a lifetime travel consultant. 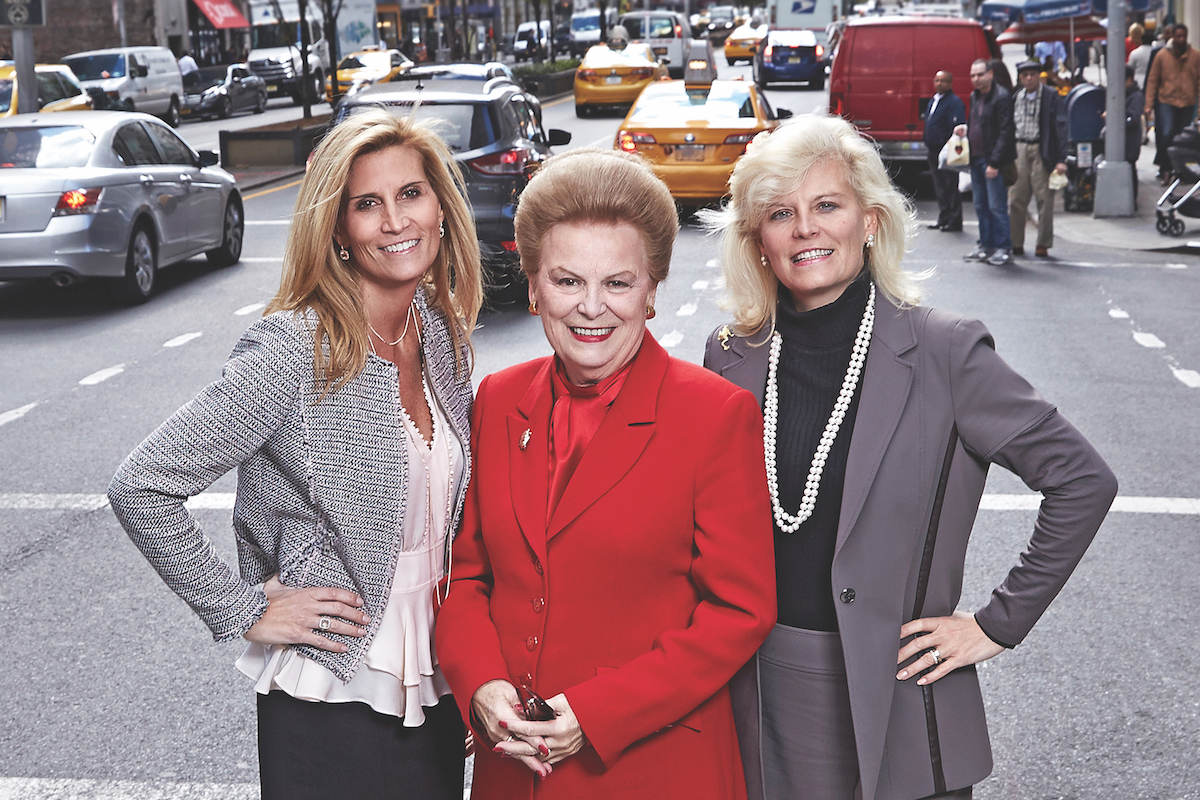 “We want to embrace the human connection and offer a service by being ourselves and telling our stories,” she adds. “It’s an incredible thing to be able to say you have clients who trust you. That comes from our own personal integrity, the way we like to be honest by saying, ‘I don’t think you’d enjoy this resort as much as that resort,’ or, ‘Maybe this isn’t the right time to go to that country because there’s a little bit of unrest. Why don’t we think about going to some other place for a family vacation now but keep it on our wishlist?’”

This philosophy goes a long way towards defining what kind of attributes are necessary to join VWT’s more than 325-strong team of Advisors and Associates. One defining principle is “a smile makes a big difference”; Valerie wants to see employees smiling when dealing with clients – even over the phone – because she believes clients can hear it. This is a practice of the firm’s most crucial element: a deep personal engagement with customers and with travel itself.

“A big part of it has to do with personality,” she says. “It’s always wonderful if someone is well-traveled or they’ve actually had experience in the business. However, to me, the attitude of the person is most important. You have to be a good storyteller. You need to tell the story about this trip or that special experience.

You have to tell it in a way that’s believable. The best way to do that is to either have experienced it yourself or have the confidence to talk to the people within your organization who can tell you their story of it. It’s all about being a real person, a true person.”

For Valerie, success is measured by people first and profitability second. Though she expects a high degree of dedication from her team, she also recognizes their contribution to the evolution of VWT. Indeed, she gauges her career success by the people she has worked alongside, many of whom she has helped develop into skilled travel-industry veterans.

Valerie’s belief in the necessity of passion and engagement extends to her employees, whose satisfaction is another important metric for her. “Success is also when you love coming to work,” she says. “You don’t think of it as a job. You think of it as a career. To me, the people always come first. If we’ve got happy people, we’re going to have happy clients.”

As VWT moves forward into the future of the industry, it refuses to fall behind younger agencies. The agency certainly isn’t showing its age or lapsing into complacency; as an example, just last year, VWT moved its 30,000 square foot headquarters to a new location after 32 years. The company incorporated new collaborative spaces but, of course, kept its signature peach color in public spaces.

The industry is seeing numerous disruptions, such as alternative accommodation platforms and companies such as Airbnb forcing existing industry players to adjust their strategies. VWT used this as an opportunity to create the Suite Access program offering guaranteed amenities, exceptional experiences, and tangible value adds.

Valerie remains not just optimistic, but also confident that VWT will continue to thrive in its high-status niche, even welcoming industry consolidation as an avenue towards partnering or merging with smaller players. 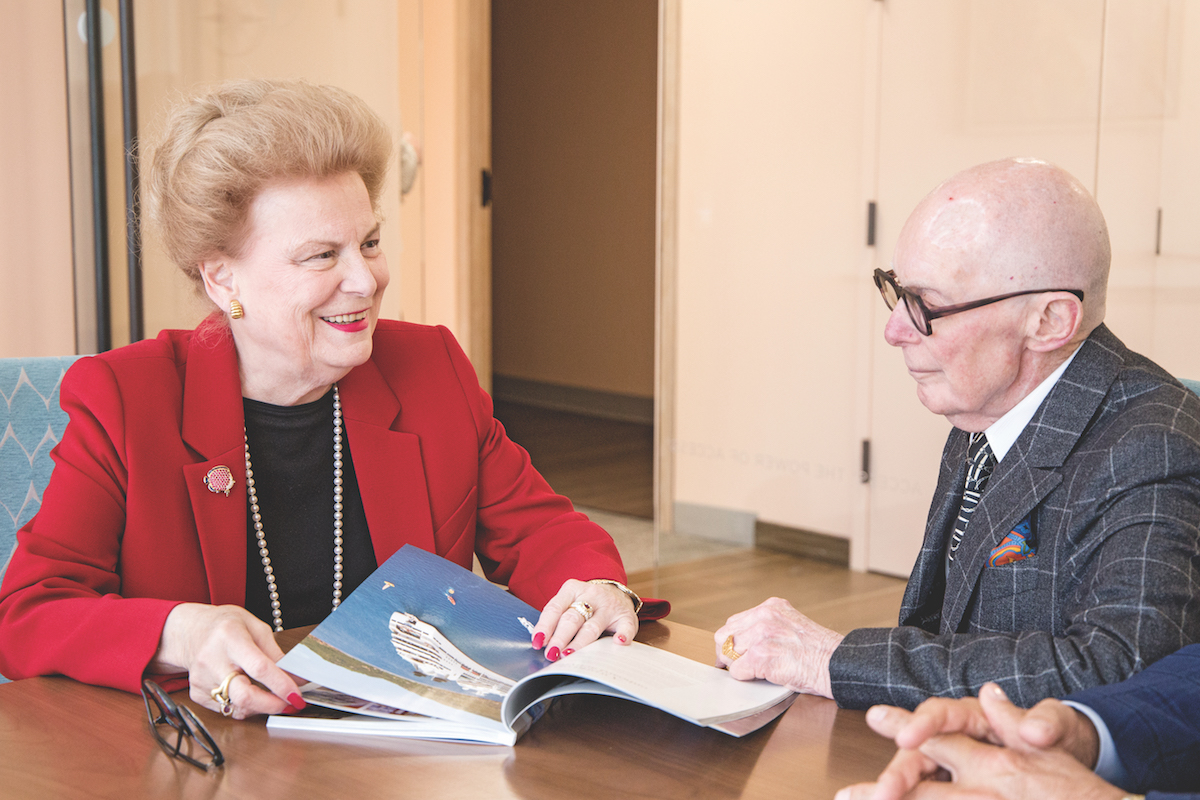 “We’re going to continue to be a leader in the luxury travel industry, particularly since there were few travel agencies 38 years ago, let alone agencies that focused fully on luxury,” she says. “I’m not worried about the evolution of the industry. I know we will continue to thrive as a family business.

“That’s who we are – we’re so adamant about offering customer service and a standard of excellence.”

“I love it when my daughters call us a ‘sleeping giant’; I give them credit for the term. I would never say it, but that’s who we are – we’re so adamant about offering customer service and a standard of excellence. We’re making sure that customers’ experiences are so memorable that they want to keep coming back or refer more people to us.” 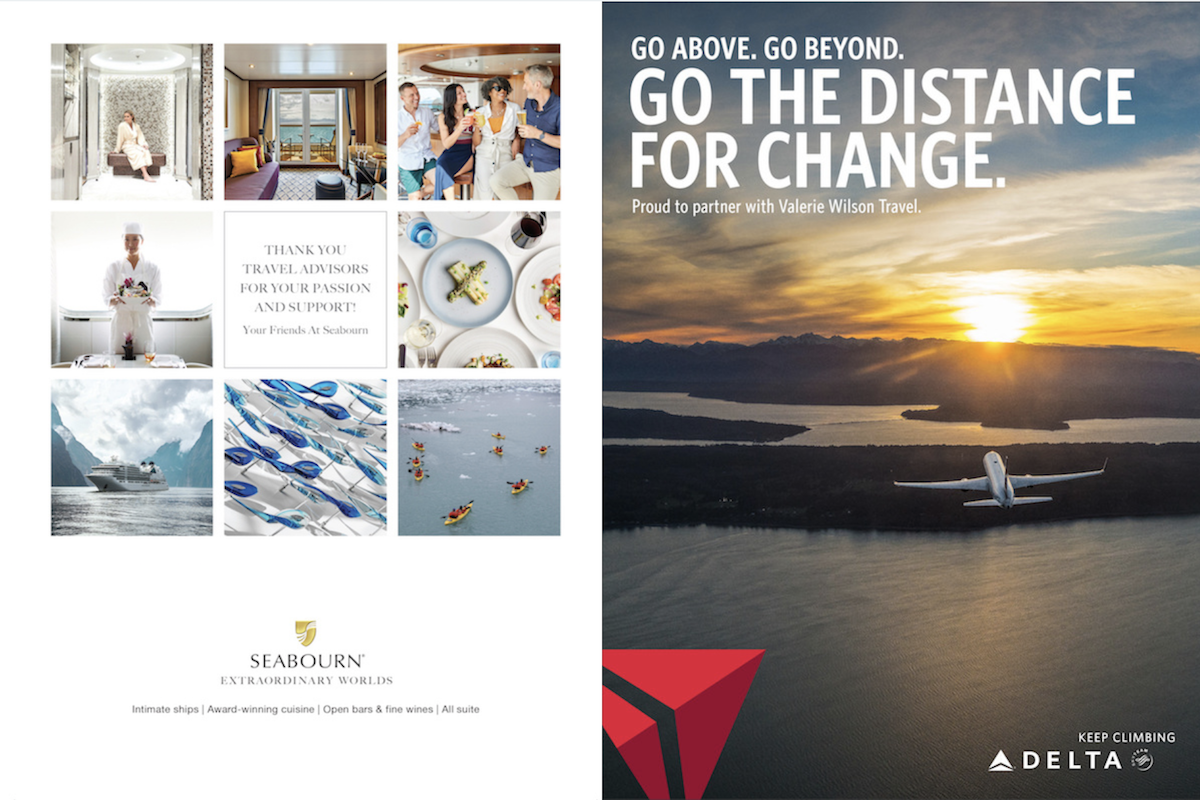 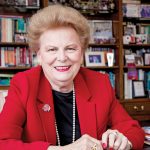