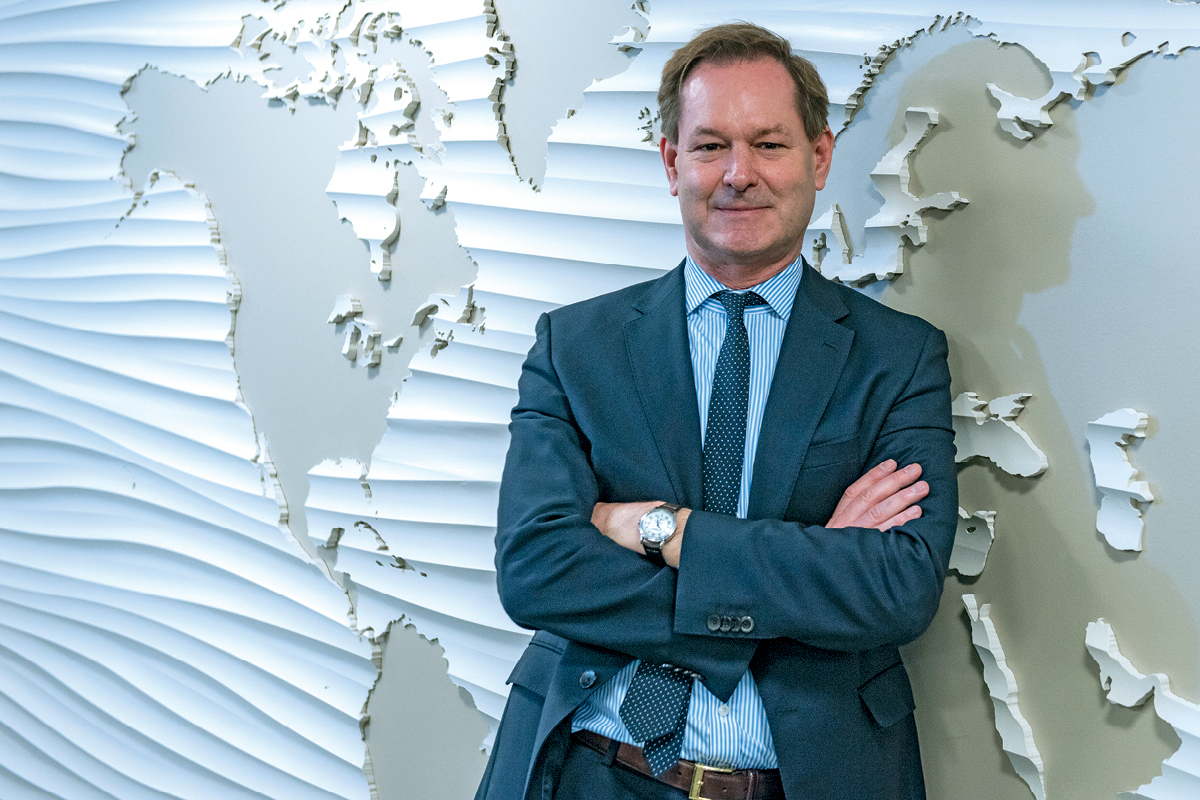 When Nick Grasberger tells you he’s a “transparent guy”, you believe him. It’s hard not to. He lacks the predictable spin of other company executives, relying instead on simple and at times raw honesty to describe the challenges he’s faced since joining Harsco five years ago.

The CEO remembers the skepticism among his peers when he joined the ailing industrial services company as CFO. The negativity stretched from one person describing it as a complete mess to another advising he couldn’t lead the company back to success, no matter how good he and his team were. “I was told ‘a bad business trumps a good management team, so good luck’,” Nick says. “But the challenge was motivating for me.

What was also motivating was seeing all the slumped shoulders of the employees, who had been beaten up time and time again. There was little leadership and no direction.”

The company’s problems emerged from the 2008 recession. While the rest of the industrial world was rebounding in 2010, Harsco didn’t, and by the time Nick hopped on board in 2013 it was widely viewed as an underperforming business with many “disparate components”. “The company had made a number of acquisitions, had not integrated those businesses and had several write-offs and write-downs,” Nick explains.

“Add to that a huge turnover in executive ranks, including five CEOs in four years with board members acting as interims. It needed to be fixed.

“There were two camps when I arrived. New people, like me, brought in by the new CEO, and the rest. I spent a lot of time brokering outside my finance function to give people a chance, convincing the CEO we’d inherited a lot of talented people, and not judging them too quickly just because they were associated with a company that was underperforming.

That didn’t mean they were underperforming and weren’t capable of being part of the solution. A lot of them were just too frightened to speak up – and that’s a bad place to be.”

Nick was CEO by 2014, and last October was appointed Chairman. Harsco’s profits and shares are up and for the past three years the company has enjoyed a cash flow exceeding US$100 million, a result not seen for a decade. Having restructured a badly fractured foundation, Nick has clearly proven that strong leadership and a capable executive team can indeed trump bad business.

Harsco, headquartered in Pennsylvania, was founded in 1853 as the Harrisburg Car Manufacturing Company, evolving into the Harrisburg Steel Corporation in 1935.

Following a series of acquisitions, the company combined with its subsidiaries in 1956 to become the Harsco Corporation.

It operates three divisions – Metals and Minerals, Industrial, and Rail – providing industrial services and engineered products to multiple industries worldwide. It employs more than 12,000 people, at 160 locations in 35 countries.

“Unlike the Harsco of old, we’ve had 13 consecutive quarters where we’ve met or exceeded our guidance to our investors,” Nick says. “The investment community was quite accustomed to Harsco missing its numbers and springing downside surprises on them.

“We’ve had 13 consecutive quarters where we’ve met or exceeded our guidance to our investors.”

“First, we had to shrink our company to make it better before we could invest again and grow, and we did by about 25% in terms of revenue. We exited a number of bad, long-term contracts and didn’t renew others that were marginal.

“Clearly, the foundation is much stronger in terms of our ability to deliver the team, values, financial performance and balance sheet which, by all accounts, was over-leveraged four years ago. It is now in very healthy shape.”

The company is focusing on transitioning into a pure play company that provides environmental solutions to basic industries, a strategy already implemented in the Metals and Minerals division, with resource recovery solutions offered and an acquisition in the aluminum industry. Nick has significantly expanded the R&D budget to cover innovation and identify technologies emerging from universities and research labs.

“They need someone to harness their technology and market it,” Nick says. “There aren’t many companies of any scale that have been innovative around those areas. As we evolve more broadly and deeply into an environmental solutions company, we may rotate out of some other businesses and build around that core.

“In the meantime, our rail and energy businesses are growing very nicely and should each grow over 10% in revenues next year, well above the expectations for the markets they serve.” 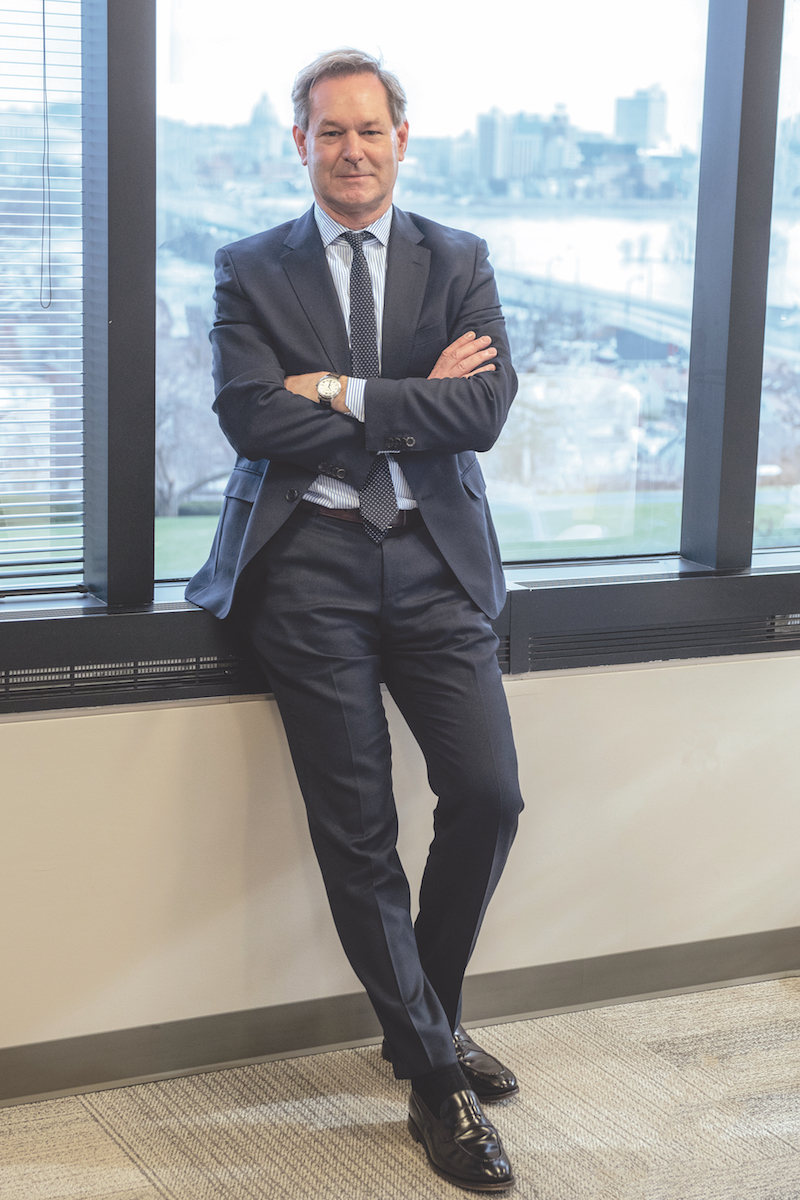 Nick is candid when reflecting on his career, which encompasses multiple executive roles in companies including Fenner, Armstrong World Industries and Kennametal. He admits he never really had a strong ambition to become a CEO, but raised his hand after his Harsco colleagues pointed out that as CFO he had already built a blueprint for the company’s future success.

“I’ve been accused in the past, and yes I’ll use that term ‘accused’, of maybe being too nice,” Nick explains. “But the reality is you can confuse being respectful with being too nice and I’m a very respectful guy. I think my record shows, based on the tough decisions that I’ve made, that I’m not too nice. I’m respectful. There’s a big difference.

At our headquarters, we’re about half the size we were, with under 100 staff. I’ve asked a lot of people who did not reflect the values important to me to leave, despite their being very good at what they do.

If we weren’t aligned on values, they simply didn’t fit. I feel very strongly that the right culture drives performance and attracts the best people.”

Nick’s leadership style is very inclusive. He insists egos are set aside, particularly concerning important decisions. Rather than relying on individuals, he prefers to involve everyone on his management team.

“I want broad-minded executives, not an ego-driven team,” he explains. “I don’t want experts in technology, communication, finance, HR or legal, who aren’t comfortable moving across different swim lanes to focus on other areas of the business.

“So, when we have a big decision to make, I don’t want just the CFO to tell me what the financial implications are, the head of HR about what the people impact is, and so forth. I want everybody’s input. I look for the best available athletes as executives, not necessarily functional experts.”

Nick has been described as setting that tone from the top, walking the walk in his roles as CEO and Chairman. Oddly enough, however, his company values and leadership style didn’t evolve from his own positive experiences with leadership.

“I come from a family of high achievers, a lot of leaders and entrepreneurs. My father and father-in-law were businessmen in a different time, so of course I never worked for them, but seeing the way they raised their families, living very balanced and full lives, had the greatest impact on me. I think of them as role models.”

As a father of five himself, family is important to Nick. He married his college girlfriend, Michele, right after graduation and the couple have lived in Pennsylvania for 14 years, raising their family together. “Our favorite family activity is boating, whether it is cruising for a week or two or simply water skiing or fishing. We also enjoy playing a wide range of sports, from tennis to skiing to just visiting the gym,” he says.

“The best decision I ever made? That’s an easy one. Marrying my wife. I know people say it a lot and it may be an overused phrase, but she really is my best friend.” 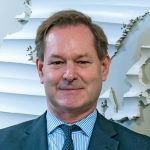