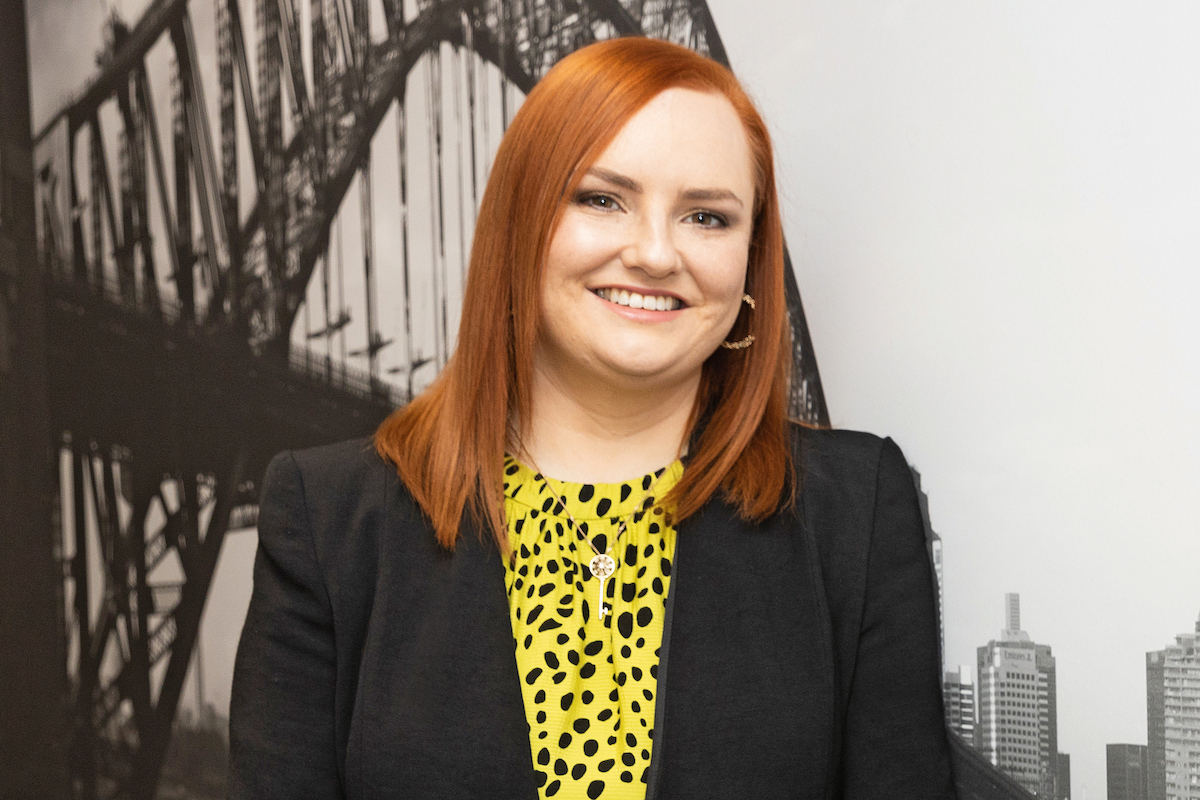 For an ambitious young person, parental advice to “get a good job” can spark the inspiration to look beyond the obvious. For Kimberley Jonsson, it really was a catalyst for action. She took her parents’ advice to heart – a ‘good job’ was not to earn a lot of money but to work in an office, she explains, so she set out to achieve that.

She is now the CEO of CHU Underwriting Agencies, with more than 200 employees working from offices in Sydney, Melbourne, Brisbane, Perth and Adelaide. “My mum worked for AMP in the late 1980s and always talked about her time there as though they were the golden days of her working life. I didn’t consciously go into insurance for that reason, but I’m sure it factored in,” she tells The CEO Magazine.

Insurance became her professional life after she completed her degree, and it has given her childhood ambitions full rein to build that ‘good job’ she was looking for.

Although our organisation is large in many respects, we strive to remain innovative and nimble. We want it to feel small.

“I have always worked in insurance; CHU was the first office job I applied for at 20 years old after working for five years in retail while I studied. I was hired the same week as a trainee in the Adelaide office,” she shares. “To become CEO of the company where your career started is truly humbling.”

Kimberley worked in underwriting and sales roles while completing her studies. She became the South Australia branch manager at just 29, then while doing her MBA at the AIM Business School, she took on the role of Queensland branch manager and relocated to Brisbane. Her insurance studies entitled her to be a Fellow of the Australian and New Zealand Institute of Insurance and Finance (ANZIIF). Since 2017, she has been a member of ANZIIF’s General Insurance Faculty Advisory Board. In 2018, she moved to Sydney to manage CHU’s largest insurance portfolio, before being appointed CEO in December 2020. The insurance industry is tough, Kimberley says, and it will only get tougher.

There are numerous reasons for that, among them the regulatory changes brought in by the Royal Commission. But CHU has a bulwark against difficult conditions, in the form of its expert employees. “I think our expertise, and the stability of a company like CHU – with a 42-year history and what that brings to the table in a really hard insurance market – really help,” she says.

“I’ve noticed that we’ve lost a lot of expertise in this industry over the past five or 10 years with baby boomers retiring. As the insurance market has been getting harder and harder, it’s really showed in different pockets of the industry that this level of knowledge isn’t there anymore.”

When I started at CHU, I worked in a small office, which meant it was all hands on deck, all the time. It was a great grounding to learn a business from the ground up and every facet along the way.

While the COVID-19 pandemic threw stumbling blocks in front of all businesses, for the insurance industry, the past couple of years have also exposed other hurdles. Not least is the spate of defective apartment buildings that have been revealed in media reports, and the distress that can cause for owners who stand to lose everything.

“There have been defective buildings like Mascot Towers and Opal Tower, and some lesser-known ones,” Kimberley explains. “Insuring buildings with defects is really problematic in the hard insurance market, so a lot of what we’ve been doing has been working with insurance brokers and strata management companies to help work out insurance solutions for these buildings that nobody wants to touch, whether that’s working with them over three years for a management plan to actually rectify defects or trying to get a committee to just make a decision about what’s going to happen. 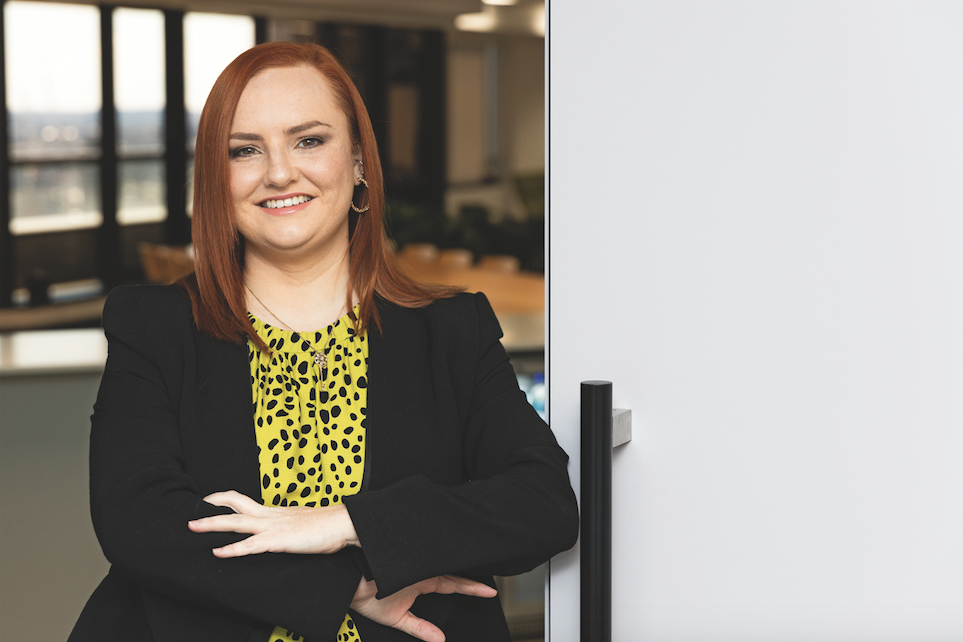 “On the flip side, we’ve also had our repairer panel. We’ve been working very closely with them to get some really good outcomes for our insurer, which is QBE. We’ve been able to manage stuff like claims inflation just by careful selection of our panel and agreement on costs and all of those sort of things.”

While the pandemic has taken a lot of attention, CHU has been busy enhancing its platform for future opportunities. It is constantly looking for new avenues for expansion and specialisation. “We are working on our diversification strategy, extending our insurance and strata services,” Kimberley says.

“We have aspirations to do different types of insurance. For example, we have just launched a new product for build-to-rent buildings. That’s not strata, but it looks like strata. It’s a different type of ownership that’s emerging.

“We’re also focused on rewriting our existing products to meet with all the new Royal Commission obligations and looking at our insurance platform, StrataTech, to see if it may become useful outside of CHU in the broader insurance industry as well. We may actually make that a saleable product.”

For a reasonably large insurance company, CHU prides itself on its lack of corporate formality. According to Kimberley, the result is a ‘small office’ environment that cultivates greater flexibility and adaptability, and a much stronger collegial camaraderie.

To become CEO of the company where your career started is truly humbling.

“CHU’s culture is deliberately not corporate. Although our organisation is large in many respects, we strive to remain innovative and nimble. We want it to feel small,” she points out.

“Our people at all levels are empowered to make decisions, and we don’t value hierarchy for hierarchy’s sake. CHU employees feel comfortable having a conversation with their manager or myself as CEO. We don’t have room or time for big egos.

“When I started at CHU, I worked in a small office, which meant it was all hands on deck, all the time. It was a great grounding to learn a business from the ground up and every facet along the way. From this as the foundation of my career, I still can’t walk past a ringing phone or leave a photocopier tray empty. I see these traits in the leaders at CHU. We all want to get the job done, and it doesn’t matter who does it.”

In the first half of 2021, Kimberley conducted one-on-one meetings with all of the employees and says it was both a great learning exercise and a pleasure. It’s that personal connection that differentiates CHU as a service provider to its clients, but also as an employer of choice in the war for new talent. It’s also a hallmark of her leadership style. There are no glass ceilings or closed doors at CHU.

“I have been told that my authenticity is relatable and makes me approachable and trustworthy as a leader,” she reveals. 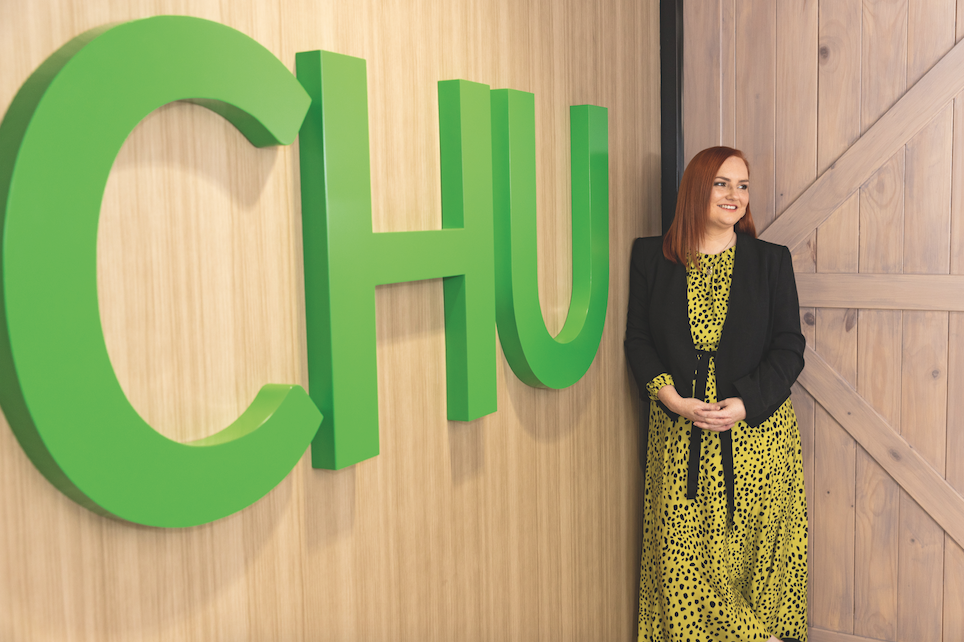 “The flip side of that is that I’m extremely straightforward in my communication style, which can present challenges when I need to deliver difficult messages. Within CHU, it has also proven useful that I have been an underwriter, a business development manager and a branch manager in various jurisdictions, and I have a good understanding of the pressures involved in many roles and can empathise with employees on the difficulties of their role. It also means that I can lend a hand when it is required and I would never hesitate to do so.”

Roles early in Kimberley’s career were very controlled and process driven, she reflects, which was not to her liking, and she resented being told how to do something if she thought there was a better way.

I have been told that my authenticity is relatable and makes me approachable and trustworthy as a leader.

So she gives CHU employees the freedom to perform their roles without constraints and hopes they feel empowered to perform their roles in a way that suits them best and plays to their strengths. In tough moments, such as during the pandemic, she recalls advice from a previous CEO who told her to “hang in there” at a time when she felt her workload was overwhelming and her career was not progressing. It has served her well since. 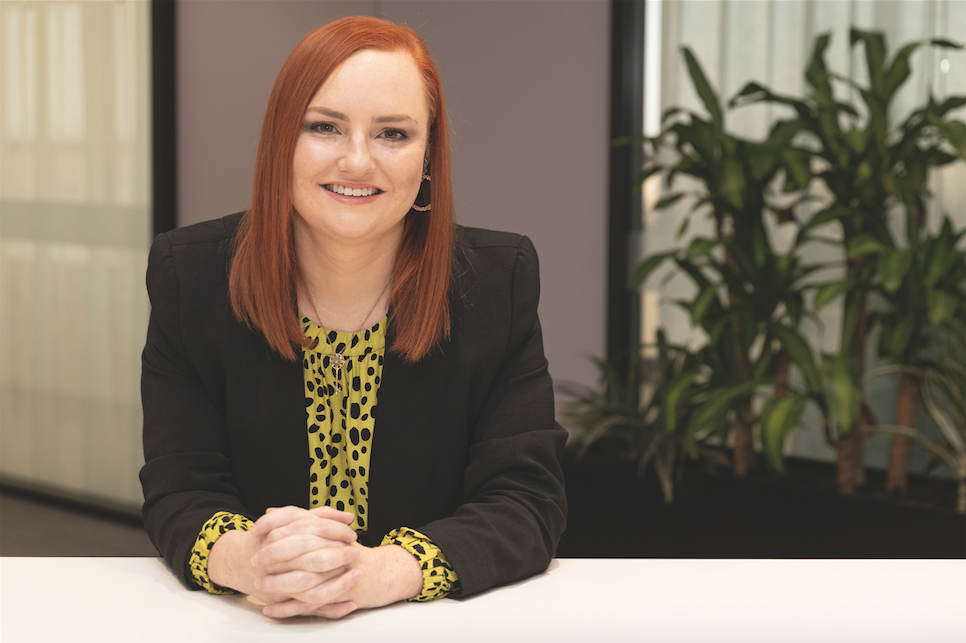 “It really wasn’t long after that that I was appointed to my first state manager role,” Kimberley admits. “I always remember that ‘hang in there’ because sometimes, you don’t know what’s in store for you or what might be just around the corner, but if you quit, you’ll never find out.” 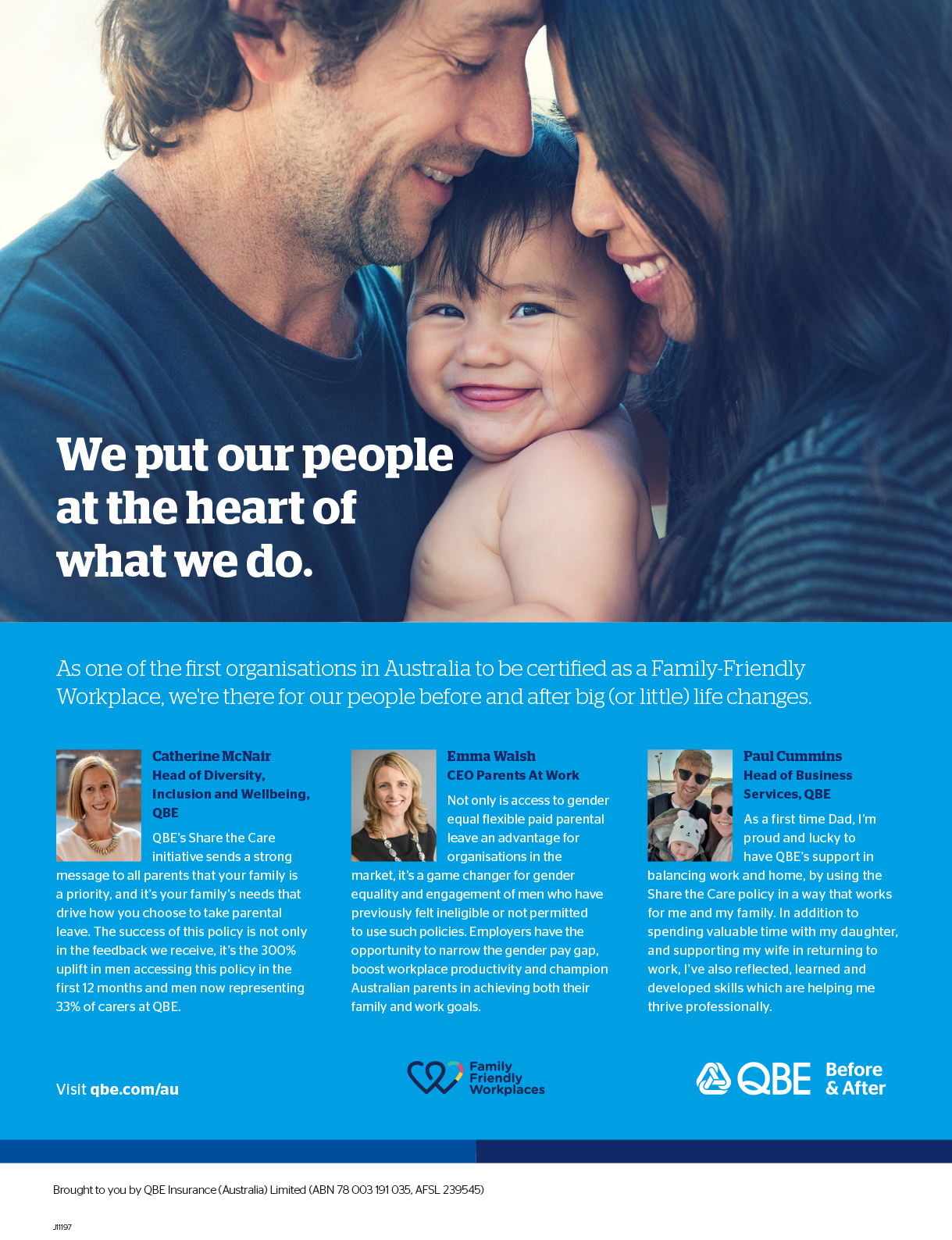 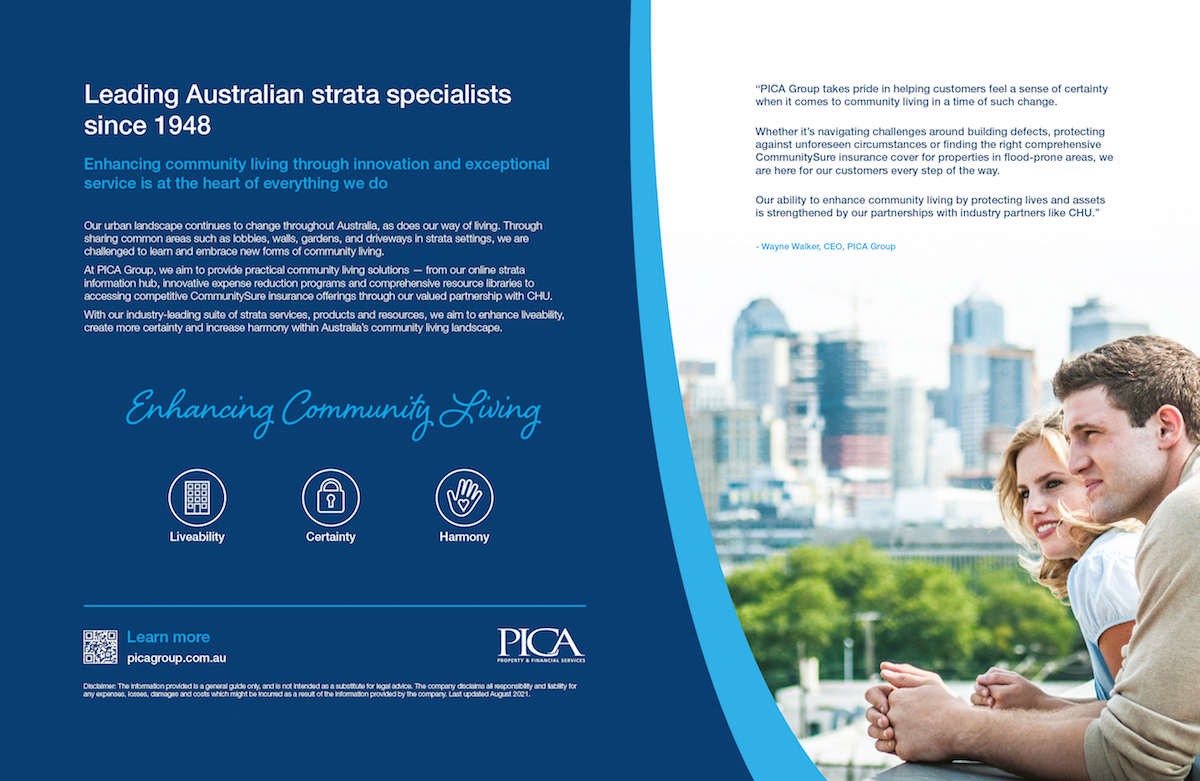 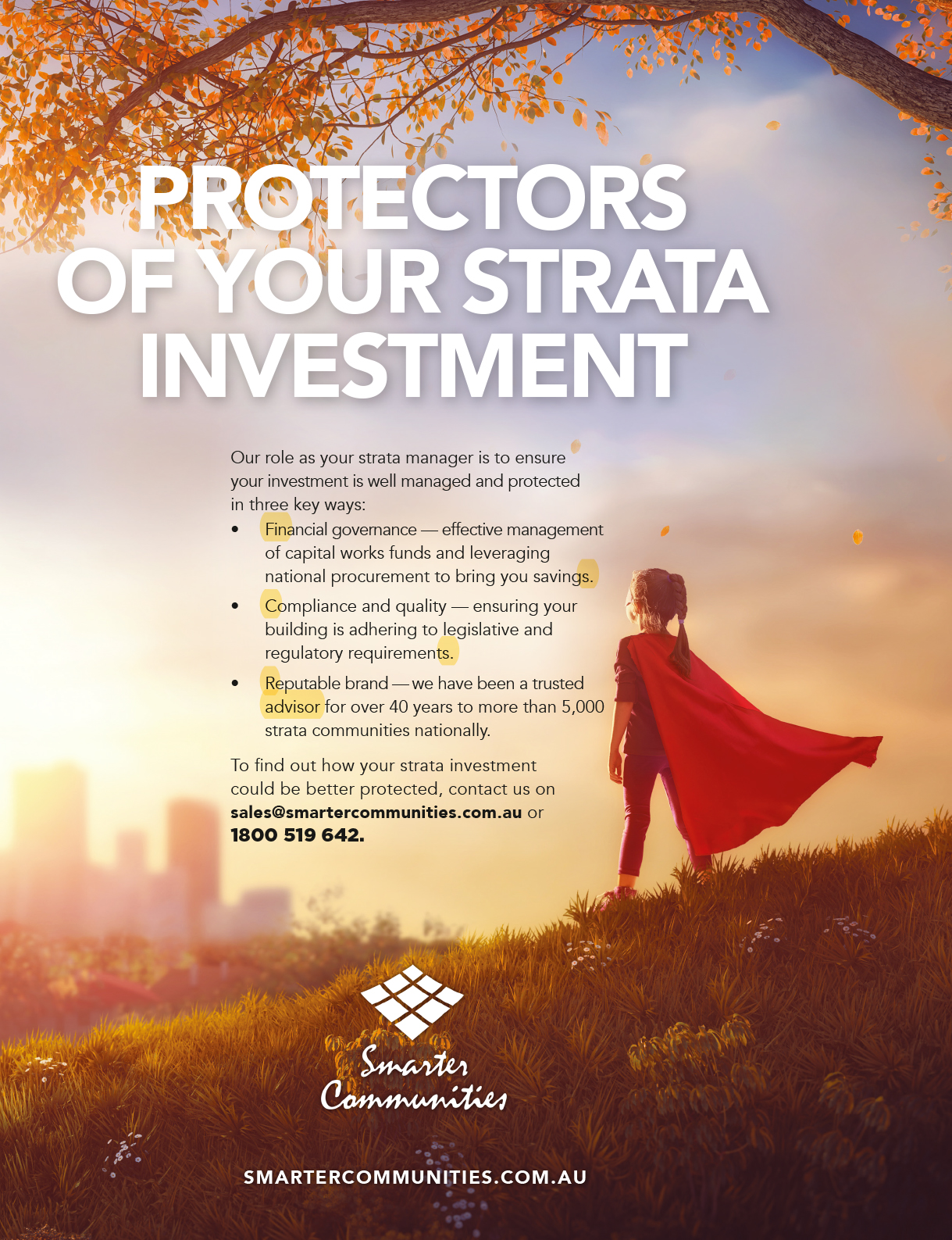 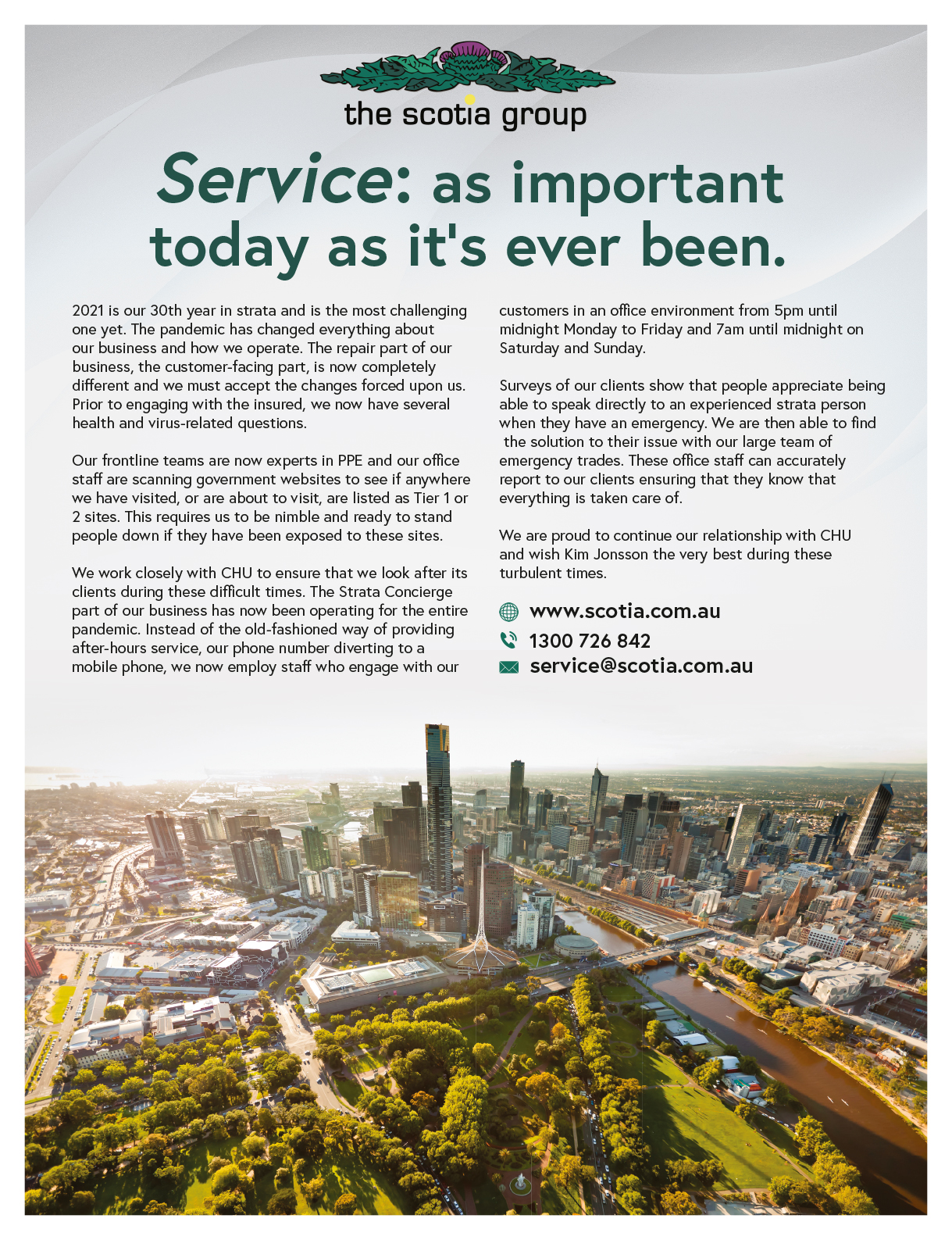