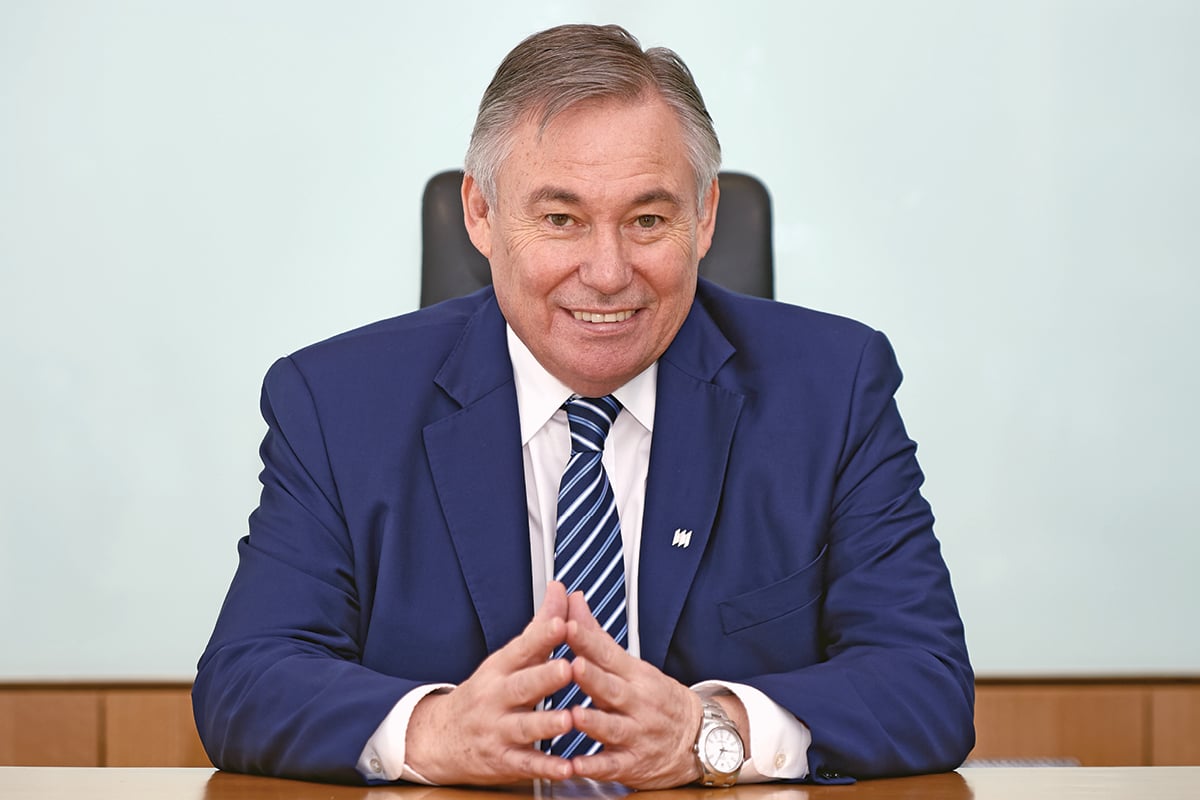 It’s not every day that, as an executive, you are handed an opportunity like the one Robert Elliott was in 2012. “That was the year we entered the Cambodian market, where life insurance was new to many Cambodians,” the CEO and General Manager of Manulife Cambodia explains. “Manulife was the first international life insurance company to be granted a life insurance licence by the Ministry of Economy and Finance in the kingdom.”

Of course, there were challenges. “Compared to other ASEAN countries, like neighbouring Vietnam, where the industry had been established for at least 20 years, life insurance was a new concept in Cambodia, and gradually people started to buy life insurance to protect their long-term income, or use life insurance as a way to save for the future, or to fund their children’s education or even their retirement,” Robert says.

“This was the first generation of Cambodians to have the opportunity to buy life insurance, so it was not as if people could refer to their parents or grandparents for advice on what policy to take out or the reputation of the company.”

Yet, every challenge has been matched by an opportunity, none greater than the chance to make a difference to a country and its people. “It has been a privilege for me and my team to build a company that protects people’s financial future,” he says.

“It has been an incredible occasion for me and my team to build an industry that protects people, something that hadn’t been done here before.”

With the emerging middle classes in Cambodia, Robert recognised that “the demand for life insurance would grow, as long as we educated the market”, and this has been at the core of his strategy.

“We hosted seminars where we invited members of the public to come and ask questions about our industry and its importance to Cambodia,” he says. These forums allowed the company’s three main messages to be communicated: “That life insurance is about protecting your long-term income and promoting a healthy lifestyle, that it gives you the opportunity to plan and achieve your long-term financial dreams, and that the industry is a great facilitator to develop capital markets,” he explains.

In seven years, Manulife has grown to have more than 400 staff, 4,000 insurance advisers and six bank partners. It insures more than 100,000 Cambodians. “It’s been an incredible journey for us,” Robert says. 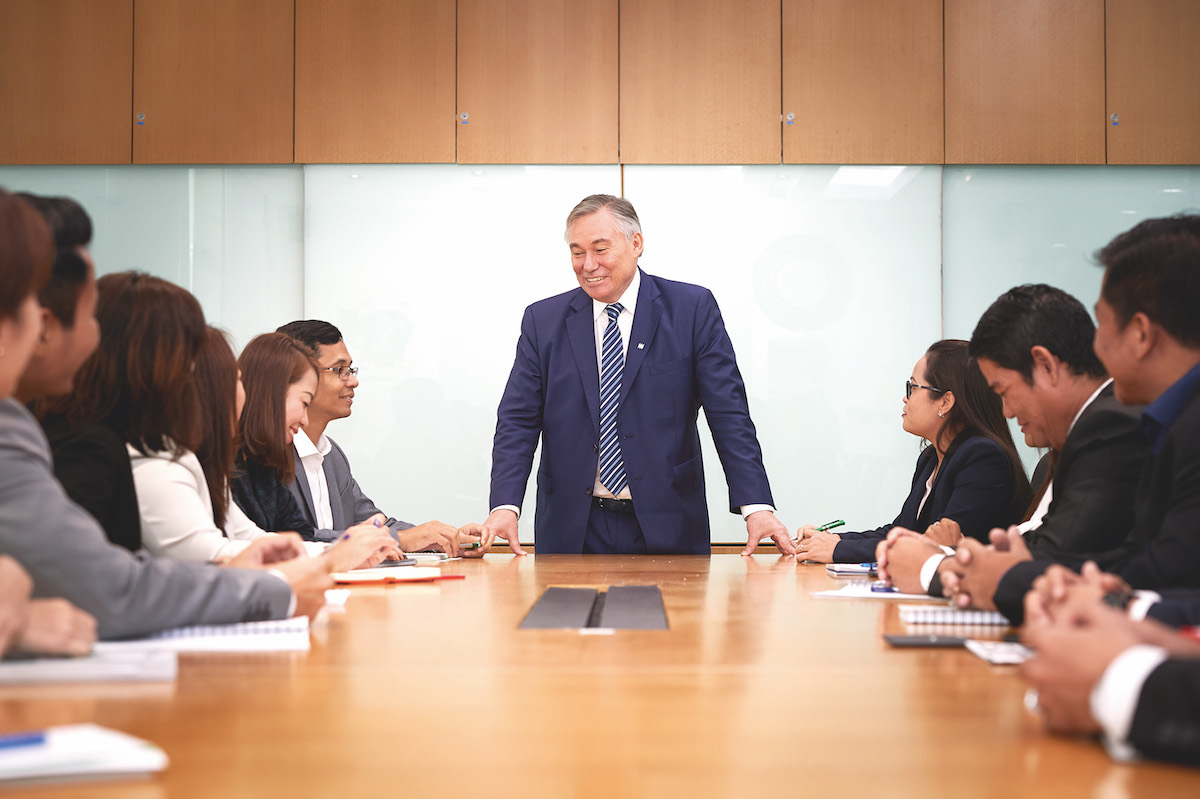 “When we arrived, people literally didn’t know our name. We had to build trust.” Today, the company’s brand awareness is approaching 90%. “People have a better understanding of the industry, why it’s here, and how it helps the country’s economy.”

Manulife has built its success in Cambodia on communicating with its customers, and this is something the company never takes for granted. “We continue to work to keep the customer at the centre of everything we do and communicate with them on a regular basis,” he says.

Much of this – from its paperless sales process to the payment of premiums via mobile phones – is achieved via digital platforms, something he admits he didn’t expect to be adopted so quickly by the local population. “But here, people use digital technologies that just make their life easier,” he says.

“What we’ve also discovered by talking to our customers is that there’s a big appetite to understand how to lead a healthier lifestyle,” he continues.

In response, the company has started to offer seminars to ensure correct messages about health, diet and exercise are communicated by doctors and surgeons and other professionals to people who may not otherwise have access to such expertise. Manulife has also become the principal sponsor for the Angkor Wat International Half Marathon.

Robert is also passionate about the CSR program at Manulife Cambodia. Initiatives undertaken include the Helmets for Families program in partnership with the Asia Injury Prevention (AIP) Foundation. As part of this road safety campaign, the company donates helmets to students, teachers and parents in schools across the country. “The nature of our industry is that it’s a long-term industry,” Robert says. “We build long-term relationships with our customers and we also nurture long-term involvement with charities.”

“We’re encouraging people to stay fit and lead a healthier lifestyle and it’s very rewarding,” Robert says, adding that it’s an area the business will continue to promote. Robert has been with Toronto-headquartered Manulife for most of his career, including time spent in the UK, Hong Kong and Singapore.

“I’m extremely proud to be part of a company that promotes Canadian values such as fairness and inclusivity,” he says. “I think that it also really resonates with our staff that they are in a company they feel safe in. That creates a high level of employee loyalty.”

It’s his team, 99% of whom are Cambodians, who Robert credits for having driven Manulife’s success in the country. “They embody all the great values that this company represents,” he says.

Many joined the company on a “leap of faith”, giving up roles in other industries to come on board. “They believe very passionately in the company and the industry,” he says. “If your employees don’t feel that way, you’ll never be as good as you could be.”

No longer the sole life insurer in the kingdom, Manulife has been joined in the local market by rival life companies. Yet, rather than seeing their arrival as competition, Robert welcomes their presence.

“I believe that there is such under-penetration in our market that it isn’t a question of us competing with the other life companies,” he says. “Instead, it is about us working together to help build a better future for the Cambodian people.” 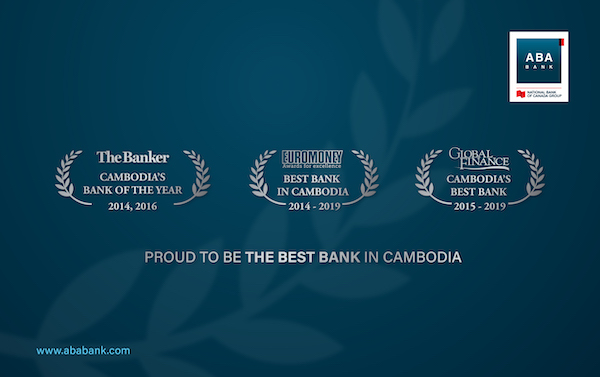