Didier Ongena’s chosen Twitter handle provides some insight into life as a Microsoft executive: @hecticdidiero. As the Managing Director of Microsoft BeLux, he heads up its operations in Belgium and Luxembourg; two geographically small nations that, when combined, become the global behemoth’s 15th largest subsidiary. To say there’s a constant buzz inside the company’s Zaventem headquarters is an understatement – so much so, there’s little time for the Belgian to posture on the popular social media network.

Thankfully, however, he does have time for an interview with The CEO Magazine – or two, to be precise. And, on both occasions, the overriding message is that, with every passing minute, technology is evolving and he is part of an organisation that is setting the pace of innovation, not following it.

“We’re changing the engines of the plane while we’re flying,” he laughs. But there’s no suggestion Didier and his team are winging it – quite the opposite. And business is up 20% to prove it. After all, as he reminds us, it wasn’t that long ago that Microsoft’s core business involved selling boxes with software discs inside. “There was a relatively high maturity both from our customers and partners about what they would do with it,” he says.

But now what Didier refers to as a “technology intensity” is infiltrating every corner of society. “On a global level, we are estimating that technology spending as a percentage of GDP is going to grow in the coming years from the 5% it is today to approximately 10%,” he shares.

“The automotive industry, for example, is hiring three times more software engineers than they are hiring automotive or mechanical engineers.” It’s just one example that demonstrates his assertion that every organisation, whether public or private, is to some extent becoming a digital one.

“Technology adoption is at the core of strategy; whether to transform processes or to reinvent new business models or to engage and interact with customers in a different way,” he explains.

Not only does that present what Didier identifies as both the most significant opportunity and challenge for the business, but it has also provoked a paradigm shift internally. “It’s no longer just about selling technologies and generating new revenue and new contracts,” he says. “Our role is to supply the components that companies can build upon, to partner with them to help with their transformations.”

“Our role is to supply the components that companies can build upon, to partner with them to help with their transformations.”

All this has to be done while remaining close to what makes the soul of the organisation. “We have always been about democratising technology, about giving people tools that allow them to develop applications,” Didier says. 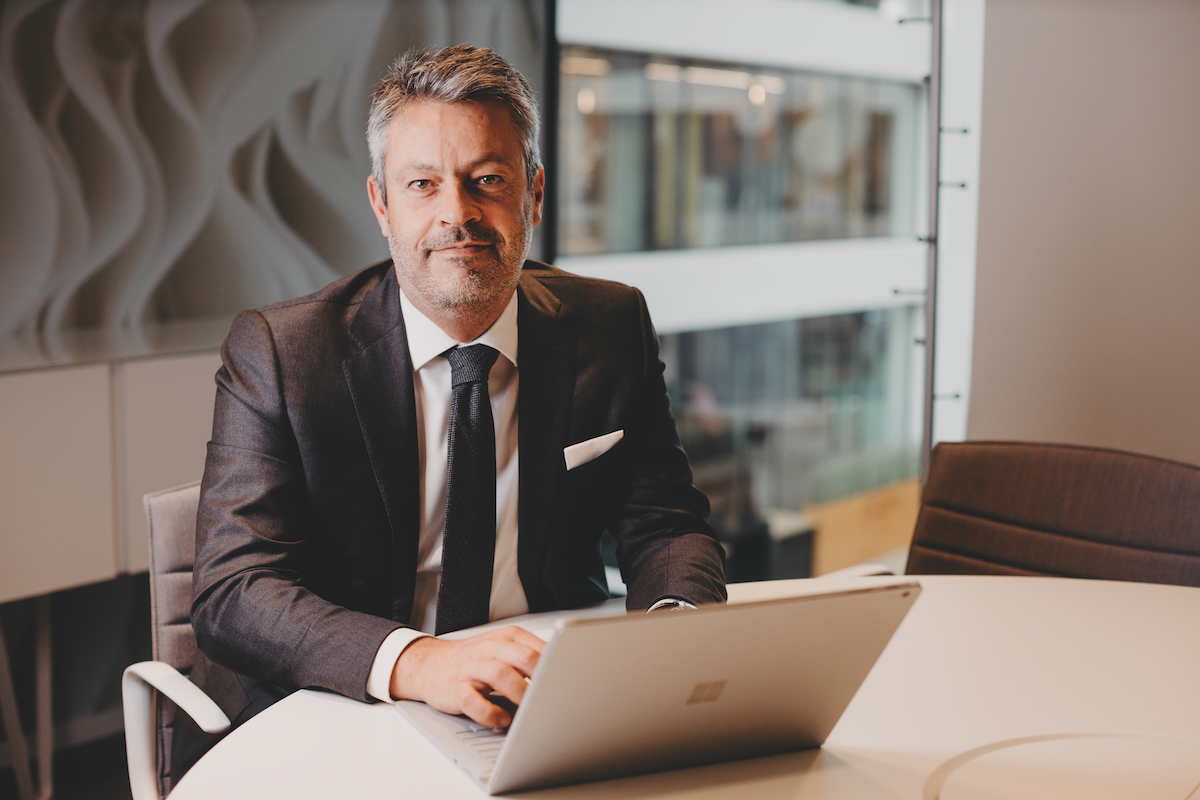 Microsoft’s new business model reflects this. “We believe that software rather than hardware is key, because it’s the piece that provides the intelligence. But, rather than selling it, we are essentially becoming a company that provides subscription services – cloud-building technology such as Microsoft Azure – on which others can build their technology,” he explains.

Part of the transformation has also seen Microsoft move away from what Didier labels as an “ecosystem-centric” approach towards a customer-centric one. “We’ve walked away from the notion of the Windows ecosystem versus the Mac ecosystem, or commercial software versus open source.

Instead, we have an open data allowance with SAP and Adobe because the reality is that, for most of our customers, it would make life so much better if those three systems could communicate in a more seamless way,” he explains.

“While the notion of an ecosystem as something closed that you need to defend has been shattered, it doesn’t mean we don’t fiercely compete with SAP when we are proposing our dynamic solutions to the market,” he adds with a smile.

After extensive pan-European experience with Microsoft, Didier admits that there’s no place like home. “To be Managing Director of the country of your citizenship is very special,” he acknowledges. “It was certainly one of the reasons why I decided to take on the role.”

What these shifting tides have also meant is that the line between partner and customer has started to blur. “One of the topics we are discussing a lot is how to partner with our customers, because as these customers build their own technologies, they, to an extent, become partners of ours,” he explains. “It’s disrupting how we do partner management.”

Didier, who joined Microsoft as a sales manager in 2003 after close to a decade with consulting firm Arthur Andersen, has held a variety of roles on his journey to the BeLux Managing Director post, including over two years as Director – Public Sector, Healthcare and Education. The imprints of these experiences still bear influence today.

“I have always liked how the public sector, such as health organisations, cities and educational institutions are using our technology,” he explains. “I really believe that technology can provide a lot of support in fighting some of the bigger societal challenges that we are facing.” 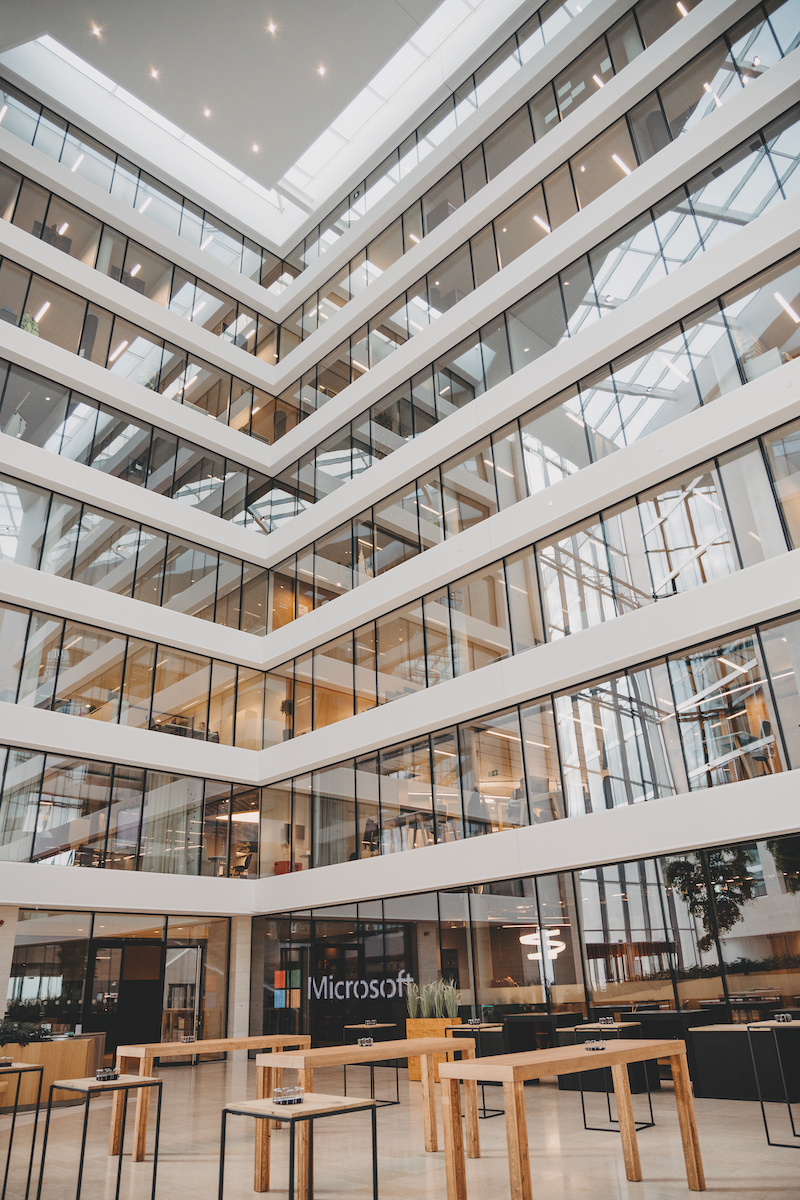 “I really believe that technology can provide a lot of support in fighting some of the bigger societal challenges that we are facing.”

To this effect, Microsoft BeLux has partnered with organisations such as IMEC, a Leuven-based, internationally staffed R&D centre born out of the city’s university. “One of the projects we are working on with them is about building a digital twin,” Didier says.

A digital representation of the physical world, created by aggregating measurement points such as traffic or noise and air pollution, the concept draws upon AI to generate data-driven decisions. “Antwerp and Mechelen are two cities where we’re piloting the program,” he says. “Our goal is to bring it to the entire Flemish region.”

Water scarcity is another area of concern for the two organisations. “We know that it’s becoming more pressing in Belgium, specifically in Flanders,” Didier says. Together, they have developed a project called the Internet of Water, using smart technology such as innovative sensors and the Internet of Things, to create an intelligent water management system. “With it, we can start to tackle issues of flooding, of pollution and of scarcity,” he continues.

“I love these examples because they demonstrate that there are effective ways to address the big issues facing us today, and that technology has a role to play in that. That’s why I spend a lot of time trying to educate policymakers on the art of the possible that technology provides.”

With technology intensity, however, comes technology scrutiny, meaning that trust – “in not only the technology, but also in our organisation and in what we do” – isn’t a given and needs to be earned. “It’s something we are spending a lot of time on,” Didier acknowledges.

“For a company like ours, much of it is about ensuring we have the processes and controls in place so that we earn that confidence every day.” It helps that Microsoft has always stayed on the right side of the fence. “You don’t often see our name associated with the likes of some of our competitors when the regulators discuss the challenges of technology. Technology adoption will exponentially grow if there is trust in it.”

And, if Didier has his way, Microsoft will be the partner of choice for any company wanting to evolve in that direction. 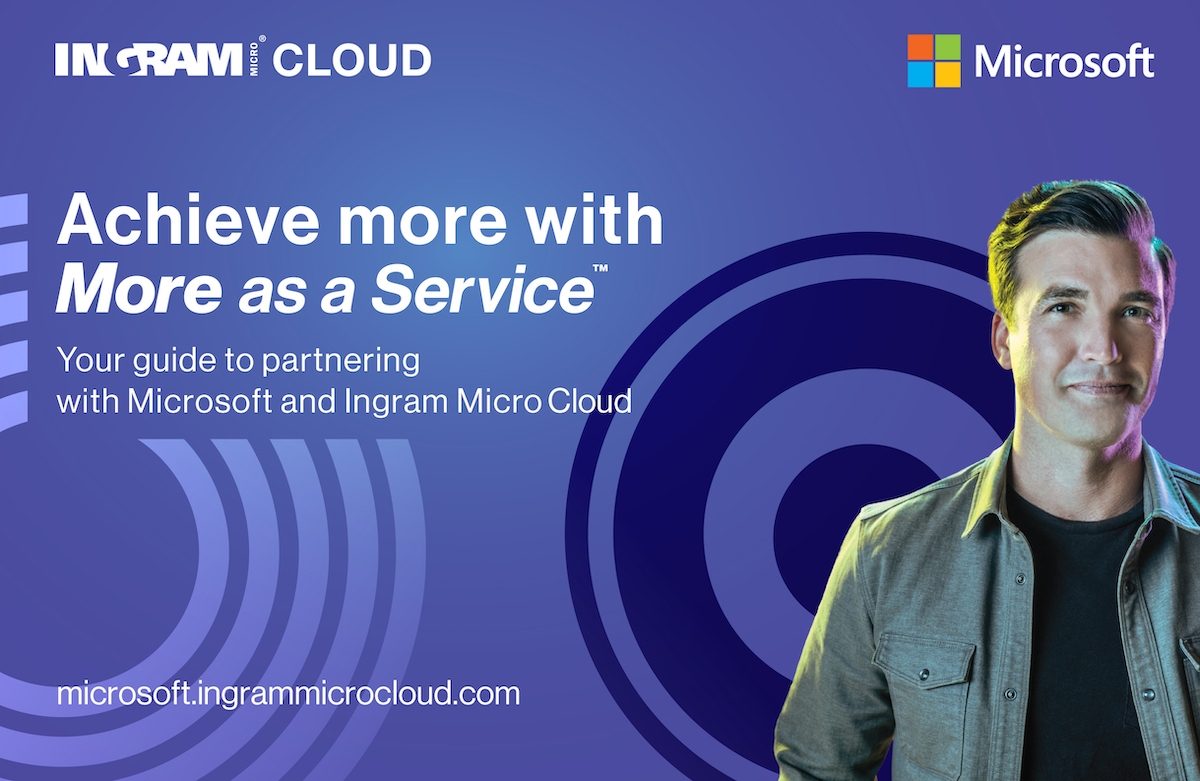