Finger on the pulse: Suzanne Tong-Li 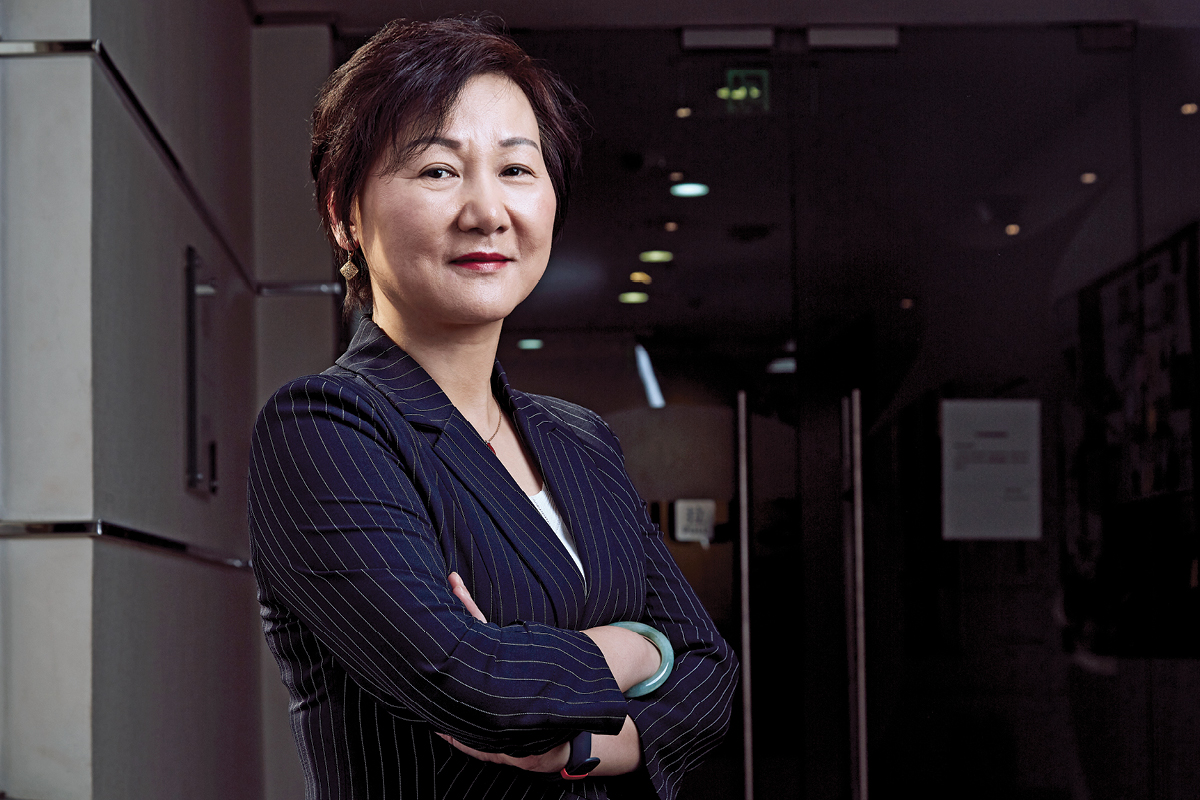 In recent years, the evolution of technology has accelerated at an exponential rate. Indeed, it can be hard to imagine how outlandish some of today’s more commonplace innovations might have seemed a decade ago.

Even now, replacing a PIN with a fingerprint sensor for payment card security might seem unusual, but biometric security could be the future of finance.

It could even reach into other industries – such is the hope of ex-Gemalto, now part of Thales’s newly created activity, Digital Identity and Security.

Thales acquired 3M’s Identity Management Business in 2017 to capitalise on the expanding biometrics market, which was then valued at US$14.4 billion. The applications are not limited to fingerprints either; facial and ocular recognition are viable alternatives.

The Greater China region represents a huge opportunity for this field. To leverage the company’s expansion and acquisition within the regional biometrics industry, Suzanne Tong-Li serves as the company’s Deputy CEO in China.

“With my PhD in AI, I find the use of biometrics solutions, in people’s daily lives and in the field of identification, to be eye-opening and exciting. I’m inspired by looking at how our past business has worked with the smart card in a revolutionary way, and how we’re now providing new ways of authentication with biometrics, letting users enjoy a seamless, convenient experience.”

Suzanne acknowledges the difficulties around leading the company into new markets and new technology, and that there are a lot of uncertainties and risks around such a move.

After all, she’s been with Gemalto, now Thales, for long enough now to have seen the capacity for transformation within the industry. Few things would have better imparted that lesson than the creation of Gemalto in 2006 with the Axalto-Gemplus merger, at a time when Suzanne had been with Gemplus for just a year.

“I was excited when these two companies merged together, because it represented the creation of a leader in digital security,” says Suzanne. “In Asia, the two companies complemented each other, particularly in the banking and payment space. Axalto provided the competitive and advanced smart card products while Gemplus supplied the important manufacturing bases – one in Singapore and one in China – and the banking card personalisation bureau.

“After the merger, I was asked to manage the banking and transportation business in Asia–Pacific. That lasted for seven years. With the team, we’ve achieved stellar results, having grown our revenue several times over and cementing the company’s leadership in Asia. We’ve also expanded our banking card footprint to Shanghai and added a few more personalisation service centres across Asia–Pacific.” 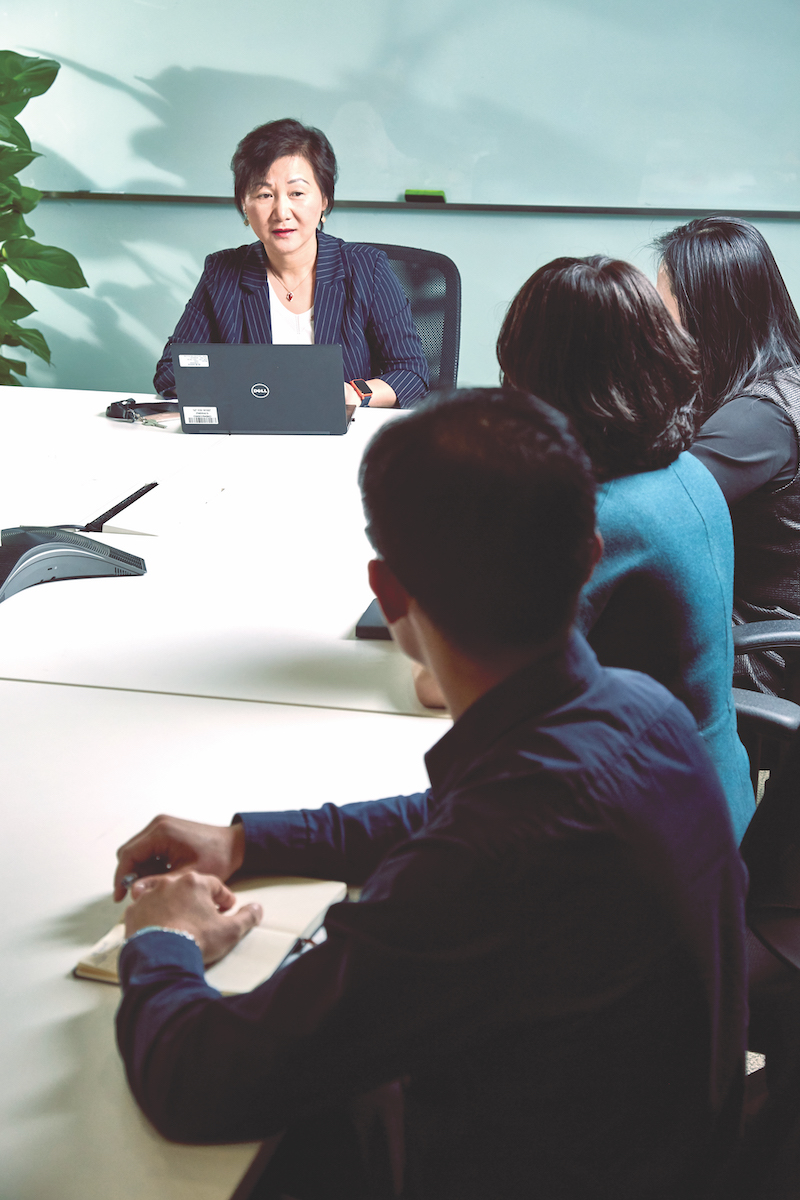 Throughout her time within the Group, Suzanne has held different positions, first as Senior Vice President for a year and a half; then, after the merger with Thales, she has served as Deputy CEO of Thales in China from April 2019.

In her new role, she manages business development and sales, industrial partnerships, government affairs and communication as a single team of all Thales’s activities in China.

In external representation of the company, Suzanne describes her duties as being “the ambassador of Thales in China”, promoting the brand to clients, partners and the market.

“To me, gaining recognition within segments where Thales wasn’t previously known is a great personal achievement,” she says. Suzanne takes the internal duties of her role equally seriously.

She adheres to a clear set of values in leading her team – positivity, curiosity, teamwork and communication, while also ensuring that she leads by example. It’s no doubt easy for Suzanne to take this supportive, collaborative approach with her team, given the pride she has in Thales’s diverse, skilled workforce.

Globally, Thales employs some 80,000 people from 68 countries with about 3,000 researchers and 28,000 engineers dedicated to R&D. Within China, Suzanne is particularly proud that female employees make up 52% of Thales workforce in the digital identity and security business, in an industry that’s typically male-dominated.

Even with everything that Suzanne and the company have accomplished, she doesn’t believe the evolution of this business will slow down, especially after Thales’ acquisition of Gemalto.

“In the past, our top customers were mostly mobile network operators and banks,” she says. “With the launch of the next generation of digital security, we expect to work with more government agencies, state-owned enterprises and automotive and consumer electronics makers. The goal is to transform them into our top customers, while continuing to grow our base.”

This activity’s transition from the smart card industry to digital has led to huge organic changes and acquisitions such as 3M Identity Management, as well as IoT company Cinterion and information security company SafeNet.

Suzanne hopes to continue exploration of areas such as biometrics and AI. Though the Chinese industry is seeing a rise in agile, fast-growing unicorns, Suzanne believes Thales can continue to navigate the market, stepping up its local presence and market share.

“Each working day is a new day for me,” she says. “We face new opportunities and challenges daily. My hope is to be able to spot major business opportunities when they arise and drive the team to win them.”

Thales is a global organisation with operations on all continents serving five major markets, all of which are of vital importance for our societies:

This combination creates a world-class leader with an unrivalled portfolio of digital identity and security solutions based on technologies such as biometry, data protection, and, more broadly, cybersecurity. Thales will thus provide a seamless response to customers, including critical infrastructure providers such as banks, telecom operators, government agencies, utilities and other industries as they step up to the challenges of identifying people and objects and keeping data secure.

Among its clients in the digital security industry, it counts companies such as Samsung, Amazon Web Services and Peugeot Citroën, as well as government projects such as ePassport technology, security for digital government services and ID verification. Between 2003 and 2012, Thales delivered 25 million e-driver’s licences in India and has provided e-healthcare cards in China. 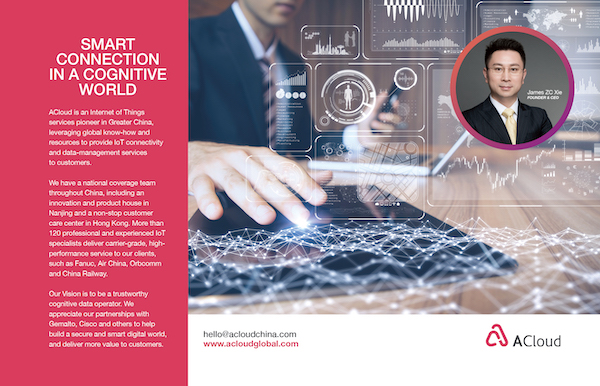