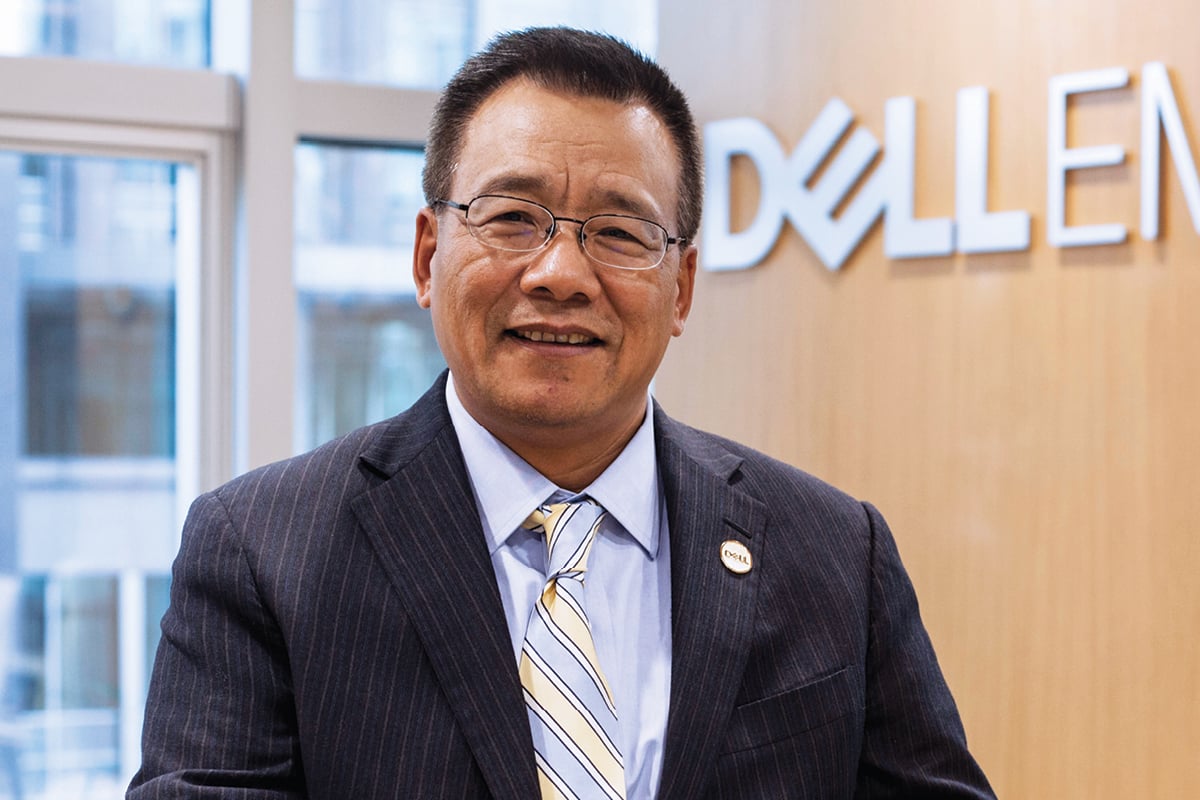 In 1995, multinational telecommunications company Nortel was in the process of researching and developing 3G mobile communications technology. Chenhong Huang, who is known for his “magic touch” in the IT industry, was tasked with solving a seemingly impossible problem: when mobile phones connected to the internet through the 3G network, their batteries would drain rapidly, and the devices would overheat dangerously.

It was the sort of issue that made 3G seem not just unworkable, but a fantasy. 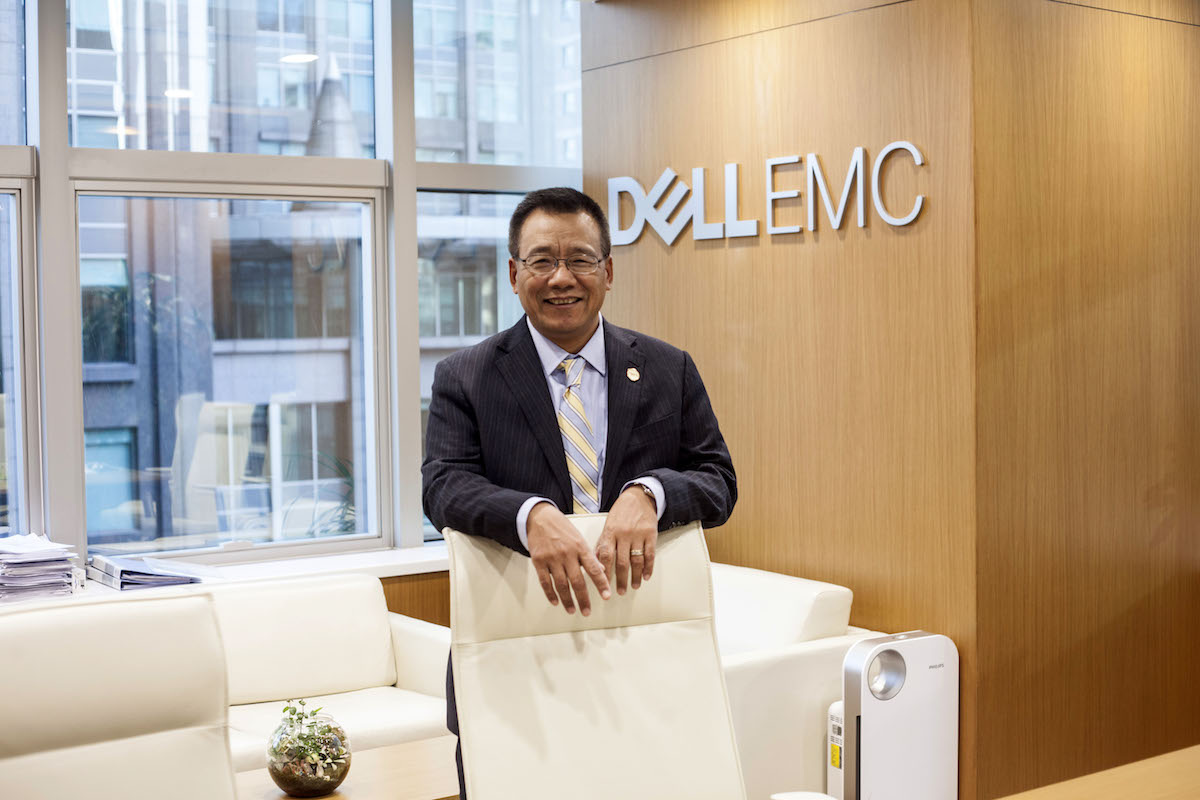 Determined to solve the problem, Chenhong approached the issue with his well-regarded finesse and academic rigour. He found that switching the data pattern and call mode to control the power output of the phone with a finer grade of steps could dramatically extend the service time.

His solution worked – and was granted a US patent in his name. Without his abilities, it’s unlikely we’d be able to use phones the way we do today.

It’s this flair for invention that has led Chenhong to the role of President of Dell Technologies in Greater China, bringing his innovative genius to one of the world’s largest tech companies.

Dell has achieved enormous success and ongoing growth in China, becoming ubiquitous with personal computers and various other electronic devices, and known globally for its “built-to-order” service. The company has increasingly focused on expanding its product range, over the past decade, including a host of IT services, data storage and other hardware solutions.

Managing such an important region for such a huge company is a difficult task, but one that Chenhong is more than capable of tackling. Noted in school for his intellect, he attended elementary school earlier than most, skipping a grade and entering high school at the age of 13.

He describes himself at the time as “a skinny boy with a sharp mind, active in and out of the classroom”; he could memorise and grasp concepts rapidly.

Nortel hired Chenhong in 1995, when it was the largest communications company in the world. Instrumental in the research and development of modern mobile technology, he worked on patents for mobile power control and roaming network technologies.

Because of his innovations during this time, he now holds 13 patents, which helped him secure leadership positions at Uniflair, Schneider Electric and Tellabs. Chenhong first met Michael Dell, Dell’s founder, chairman and CEO, in the late 1980s. In retrospect, Chenhong admits, “I never thought I would be exploring the Chinese market along with him”. The two of them shared a desire to use technology to shape and improve people’s lives, but did not begin working together until more than 25 years after their initial meeting.

“Undoubtedly, when I joined Dell in 2014, I felt it was the best decision I had ever made,” he says. “Given the growth of both Dell and China, I was honoured to join this great company.”

“Undoubtedly, when I joined Dell in 2014, I felt it was the best decision I had ever made.”

With his passion for invention, Chenhong was well-suited for localising and growing Dell’s operations in Greater China. “I think that the IT industry is where I can best drive digitisation and human progress in what, I believe, is the fourth era of the industrial revolution,” he says. “The industry’s impact is significant, particularly when you look at it from a collective perspective.

With Dell’s broad product range and acquisitions, says Chenhong, the company is a total solution provider, procuring software, storage and the collective capabilities of the Dell Technologies family – which includes VMware, Pivotal and other companies – to help achieve that goal.

“Dell is an organisation based on its combined strengths, and we have become a leading end-to-end solution provider, from edge computing and core data centres to cloud computing,” he says. 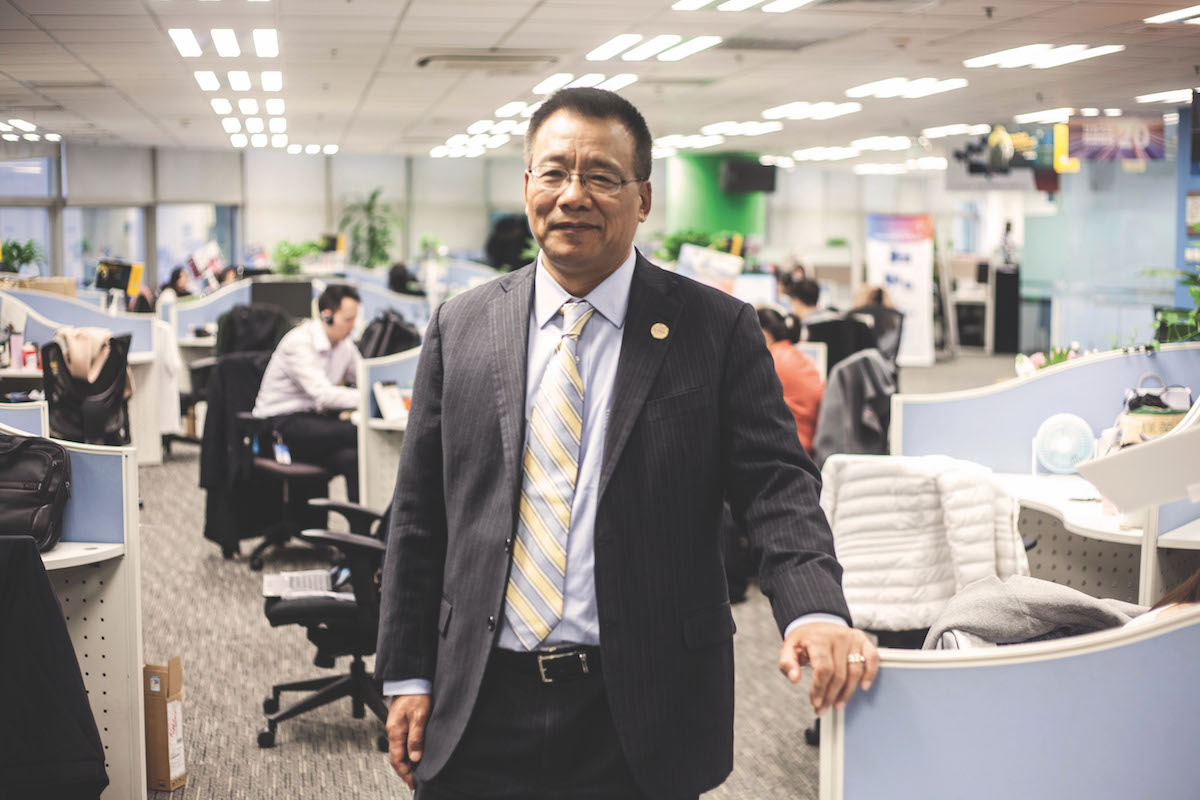 Chenhong has focused on communicating Dell’s broader abilities above manufacturing computers. “Our customers are delighted with the steps we have taken to become a leading, one-stop solution provider for organisations and individuals looking to build their digital future.”

“Our customers are delighted with the steps we have taken to become a leading, one-stop solution provider for organisations and individuals looking to build their digital future.”

To aid that business message, Dell has pursued its “In China, for China” 4.0 strategy, which promises US$125 billion of spending in the market from 2015–2020, sustaining more than one million jobs through its ecosystem in the region.

What is most exciting for Chenhong, though, is the potential for enhanced research and development, including investment into artificial intelligence, cloud software and big data services, which reflects his own desire to disrupt and change the tech industry.

“Michael’s ongoing commitment to China demonstrates that Dell has become a company that can provide comprehensive and innovative solutions, and I’m excited about the company’s future.”

As Dell continues to expand its footprint in China, Chenhong is helping to steward success that is as innovative as it is financially prosperous.

“Throughout my academic work and my career, I have been searching for how to fulfil my technological dream. Dell has provided me the opportunity to make it a reality.” 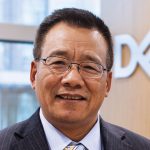