The power of trust: Michael Goh 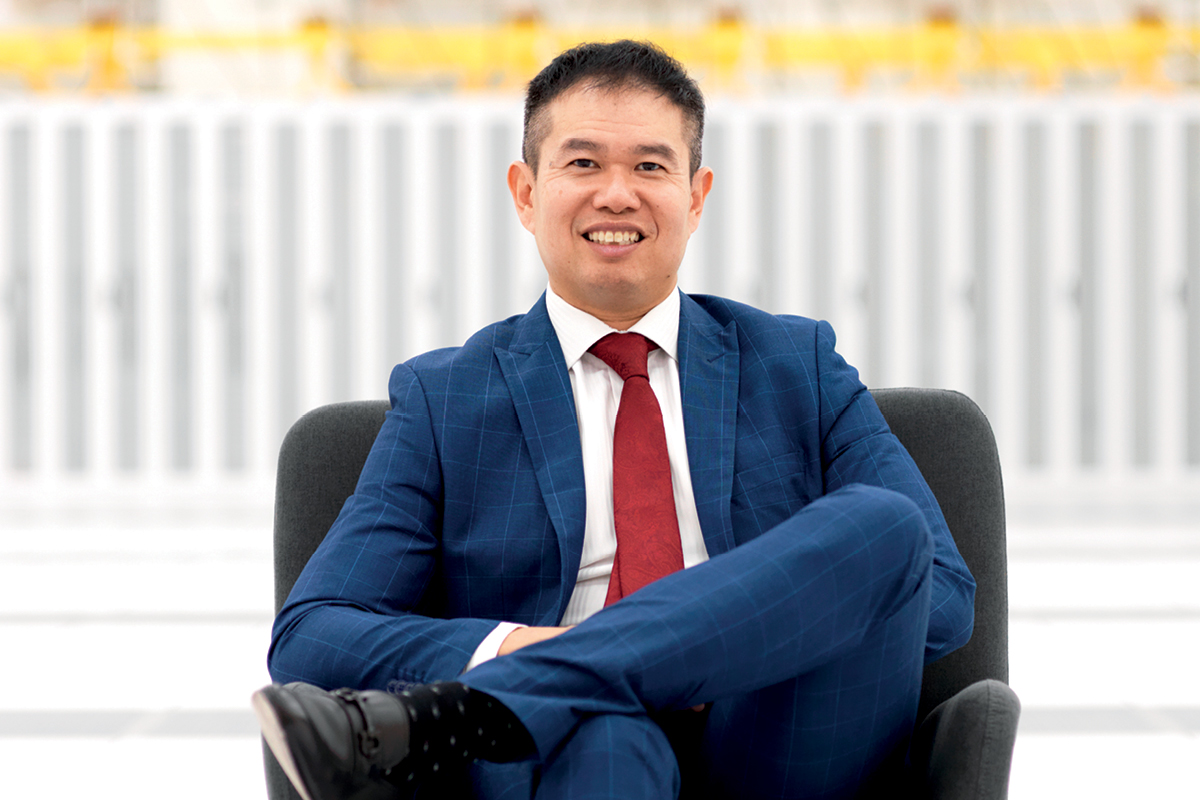 With more than 14 years of experience in the industry, Michael Goh is an expert when it comes to operating a data centre. After being appointed General Manager and Senior Director of Iron Mountain Data Centers Asia in mid-2018, he’s spent nearly two years building up its Singapore business from scratch. Prior to that, he worked in senior management roles at NTT Singapore for 12 years.

But Michael is the first to admit that he fell into the industry by accident. “I’m very lucky to be in the data industry, to be honest, because I came in not knowing data centres at all,” he reflects.

“I just happened to be at the right place at the right time, where I picked up small projects here and there. Suddenly, I became a subject matter expert in my previous company and I grew that business from the ground up.”

Major technological developments over the past decade have resulted in the industry undergoing major changes during Michael’s career. “I’ve seen how the industry has transformed,” he says.

“When I first started, nobody even knew what a data centre was. In the past 10 years, we’ve seen the industry grow not 10 times bigger, but 100 times bigger. The technology cloud has taken over everything. Everyone is moving to cloud-based applications, and mobile phone usage has increased so much that everything is on the cloud.”

According to Michael, this makes the industry appealing to investors, but it also means many more players are competing in the market. “We do see a lot of investors coming in; they see the cloud as a growing pathway,” he notes.

When Michael was approached by Iron Mountain to head up its new Singapore data centre, he jumped at the opportunity, but not before doing some research. Michael admits he knew nothing about Iron Mountain, yet he was impressed by what he discovered about the business.

“Iron Mountain is not known in this part of the world, or rather they are known under a different company name, so I was trying to understand more about the company,” he recalls. “I soon realised that it was a big company with a long history and it was actually undergoing a transformation from traditional physical storage to digital storage. I liked the idea that I could be a part of the transformation of such an old company.”

“I liked the idea that I could be a part of the transformation of such an old company.”

Established in the United States in 1951, Iron Mountain has grown from humble beginnings as a records storage facility to become the industry leader in storage and information management services. 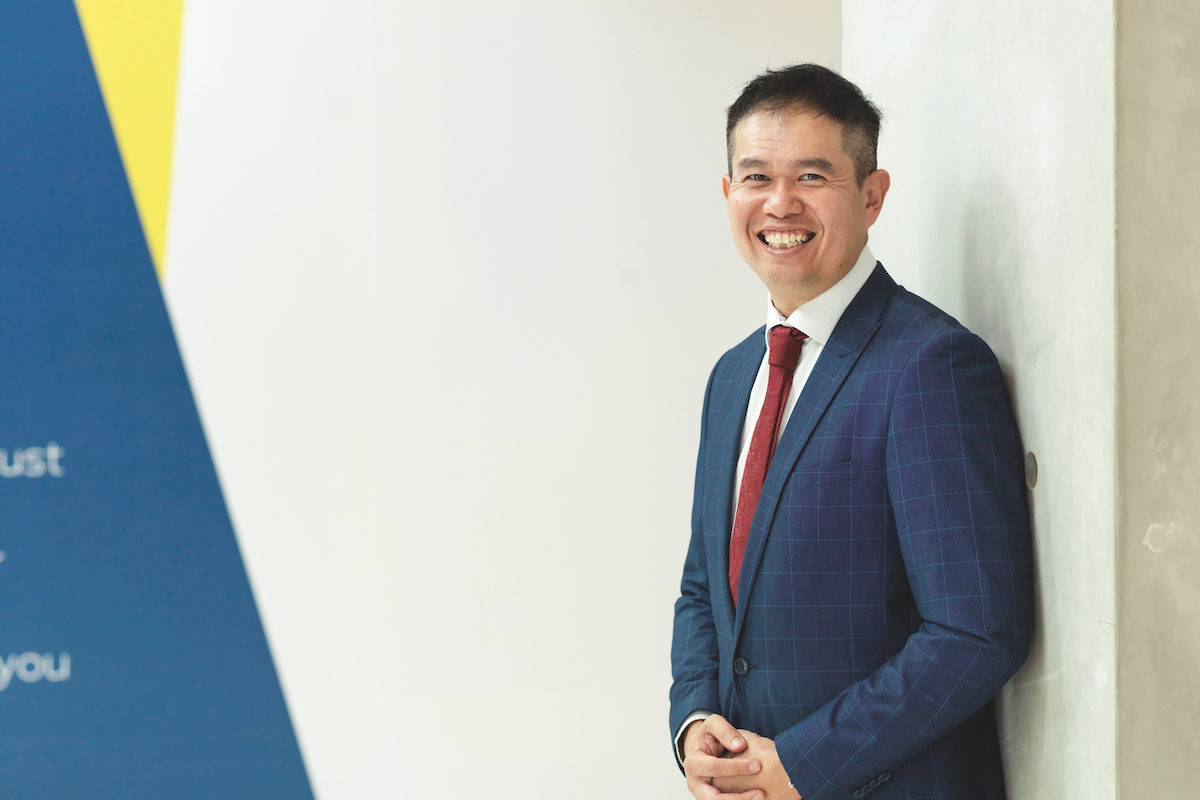 The company serves 225,000 customers in more than 50 countries across five continents. After starting out as a physical records storage facility, Iron Mountain has now expanded to also offer digital data storage solutions.

The company has invested more than US$2 billion in its global data centre portfolio since 2017, with 14 Iron Mountain Data Centers now located across the United States and Europe, as well as the new Singapore facility – the company’s first data centre in Asia – which officially launched in September 2019.

“It was the opportunity to grow the Asia business from scratch that really appealed to me,” Michael says. Of course, growing a business from the ground up comes with plenty of challenges, the biggest being a lack of brand awareness in the region.

“In this part of the world, nobody knows about Iron Mountain. The company is not known at all.” Indeed, Michael says he gets asked a lot of questions about what they do. “They call me ‘the Ironman’,” he says, laughing.

“So I have had to spend a lot of time telling the Iron Mountain story and explaining our value and how we have transformed from physical data storage to digital. I need to explain how we want to transform the company and that we are here to stay. Customers really want to come to a place they trust.”

According to Michael, trust is something that cannot be underestimated. He says the fact that Iron Mountain is an old company differentiates it from its competitors. Many of Iron Mountain’s customers have trusted the company to store their physical data for decades.

“We are a Fortune 1000 company and so are our customers,” he says. “In fact, 95% of Fortune 1000 companies are our existing customers. So, these customers have known us for a long time and have trusted us for many years. They trust the brand, so they trust us. They know that we are here to stay and that we are stable and sure. And, most importantly, they know that their data is safe with us. Trust is everything.” 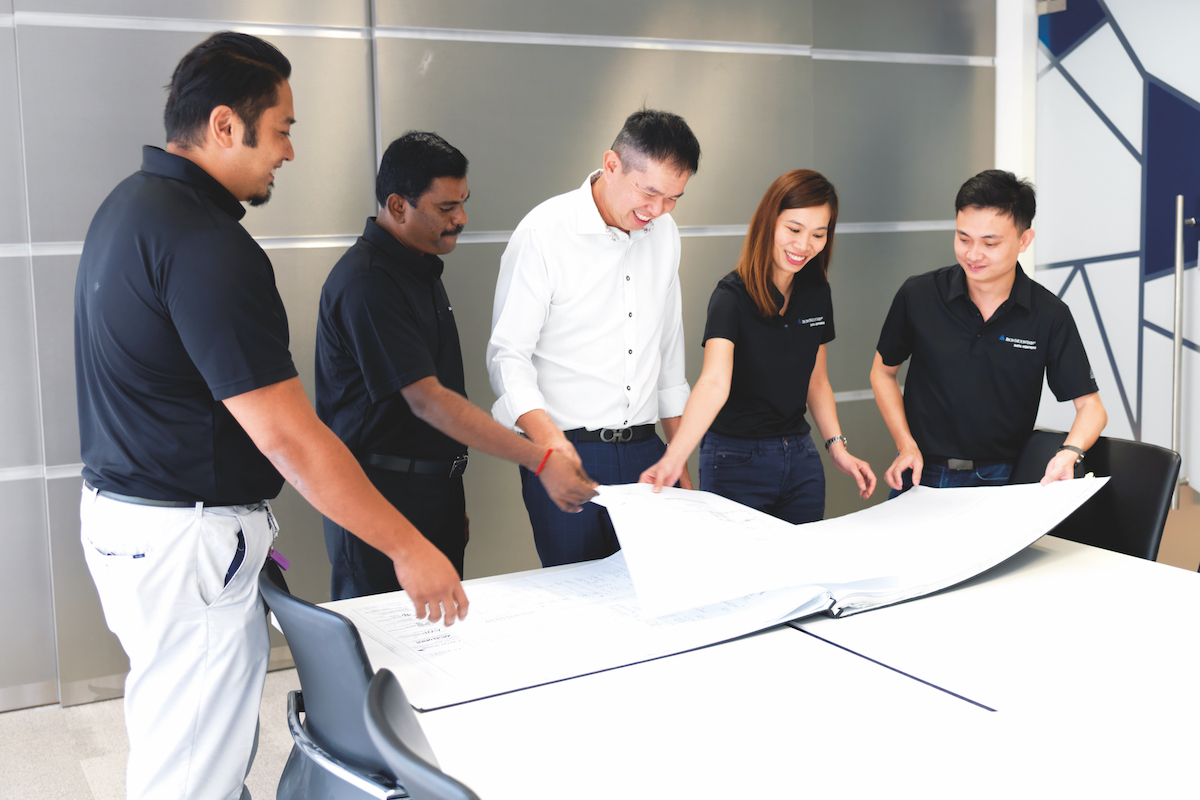 Michael points out that this trust also extends to Iron Mountain’s relationship with its business partners. Although the data centre has only been operating in Singapore for a short time, he says developing strong relationships with suppliers is essential.

“Even though we are only new here, we have a huge ecosystem of partners that we work with. As you can imagine, building a data centre and maintaining it, there’s no way we can do everything alone, so we do rely a lot on our key suppliers,” he says.

“Because we run a critical data centre, we have to keep the building running 24/7 and always provide power and cooling to our customers. That means we need to have a strong vendor partnership, so that we can call them onsite when there’s an emergency and we can trust that they know what they’re doing and that they won’t do anything that will cause the data centre to go down. There’s no way we can have an outage in our data centres.

“This business will mushroom.”

The history of Iron Mountain dates back to 1951. Herman Knaust, a mushroom farmer known as the ‘Mushroom King’, decided to start a new business venture to make use of the depleted iron ore mine on his 40-hectare property in Livingston, New York. He named his mine Iron Mountain and opened up vaults on the site to businesses who wanted to store their important records. In 1952, Herman declared, “This business will mushroom.” He was right. As the business grew, Herman opened an office in the Empire State Building. He also acquired an old limestone mine closer to New York City. In 1978, Iron Mountain opened its first above-ground document storage facility in New York. Before long, Iron Mountain had become the premier vital records protection company in the United States.

“I look at our relationship as a partnership where we support each other, because it’s something that I cannot do without them and they cannot do without me. It’s mutual in that sense. I always treat our suppliers the same way that I treat our customers; I think that’s important. I really value the relationships we have with our suppliers and I foresee them helping us to grow the business in this part of the world.”

Given that the Singapore business is still very new, Michael says that his number one goal in the next 12–18 months will be achieving growth. “We have a vision to be one of the top data centre providers in the world,” he says.

“We also want to continue to be a trusted company. We want to be the guardians for our customers; that has always been Iron Mountain’s core message. We have been the trusted guardians of our customers’ assets for more than 60 years and we will continue to be there as they go through a digital transformation.”

“We have been the trusted guardians of our customers’ assets for more than 60 years.”

In terms of the data centre market, Michael explains that Asia tends to lag behind Europe and the United States. He says this creates a huge growth opportunity.

“We are expecting a lot more data centres to open in Asia in the next three to five years. In Singapore itself, we are seeing a lot of demand and our centre will not just stop at one building. We are always trying to get more capacity and inventory for our customers, so we are constantly on the lookout to expand into more facilities in Singapore.” 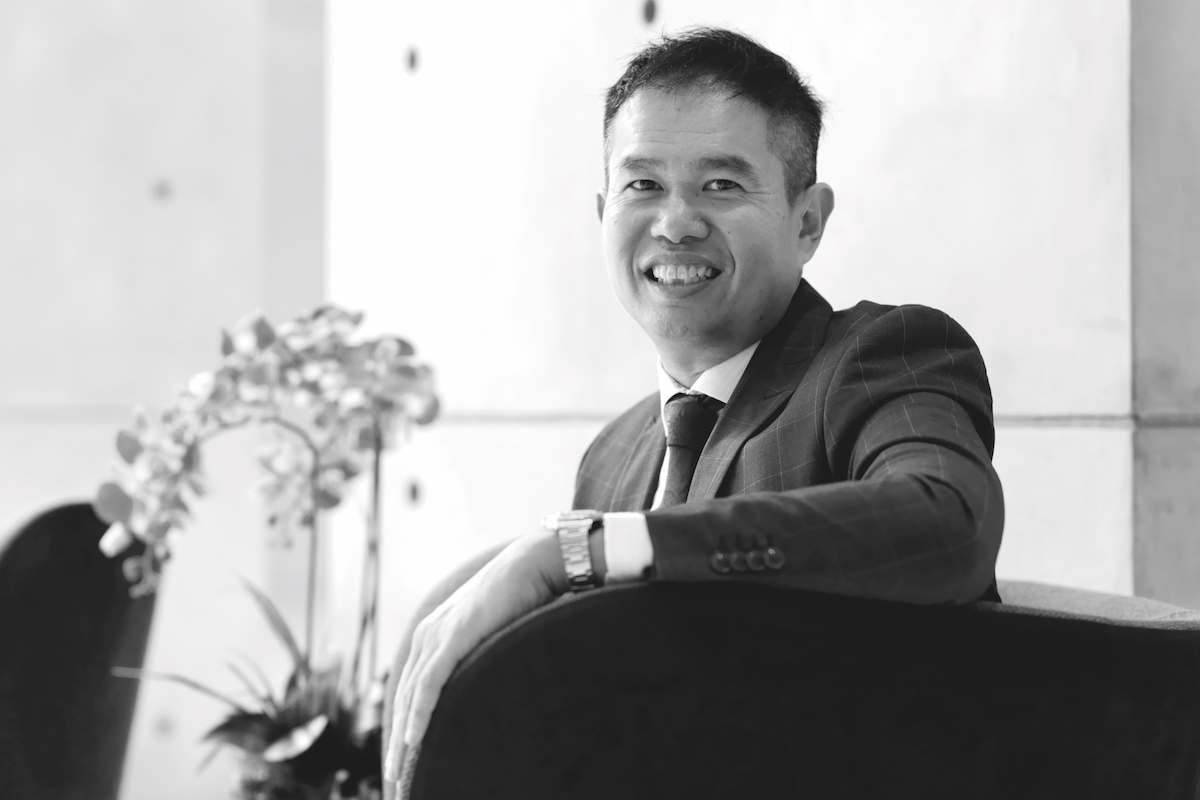 Eventually, the plan is for Iron Mountain to expand into other countries. “If we’re going to achieve our vision of becoming a top five player in the world, we really need to expand not just in America and Europe, but also in Asia,” he says.

The biggest challenge, Michael adds, will be navigating the different regulatory requirements across the region. “I think you have to take a look at Asia as a different animal compared to the United States and Europe,” he notes.

“It tends to be a lot more complex. If you look at Singapore, that’s easy, because this country’s regulations and policies are more or less clear. But when you step into the region, you are stepping into murky waters. Every country in this region operates differently; they all have their own language and culture.”

Aside from growth, another ongoing focus will be developing a strong, customer-oriented team. “A company is really about the people, so our customer focus needs to extend beyond the customer service team,” Michael says. “Whether we are talking to customers or not, we are all working for our customers.”

“Whether we are talking to customers or not, we are all working for our customers.”

A big advocate of leading by example, Michael does not expect his employees to do anything that he wouldn’t do himself. He does, however, encourage his team to challenge themselves by stepping outside their comfort zones.

“I tell my staff that it’s good to feel uncomfortable and try something new,” he says. “I always try to challenge them to come up with something different.”

Aware that many of his team members work long hours, Michael often reminds them to ensure that they “integrate their work and life together” so that their personal life doesn’t suffer.

“I’m not an advocate of work–life balance; I don’t like the word balance at all, because there’s no way you can balance work and life,” he explains. “I always tell my staff that, although we can’t balance it, what I can do is help you to integrate your work into your personal life. Our people are our most important asset, so I treat all staff with respect, empower them and make sure they are happy. If you have a happy team, you’ll have happy customers.”