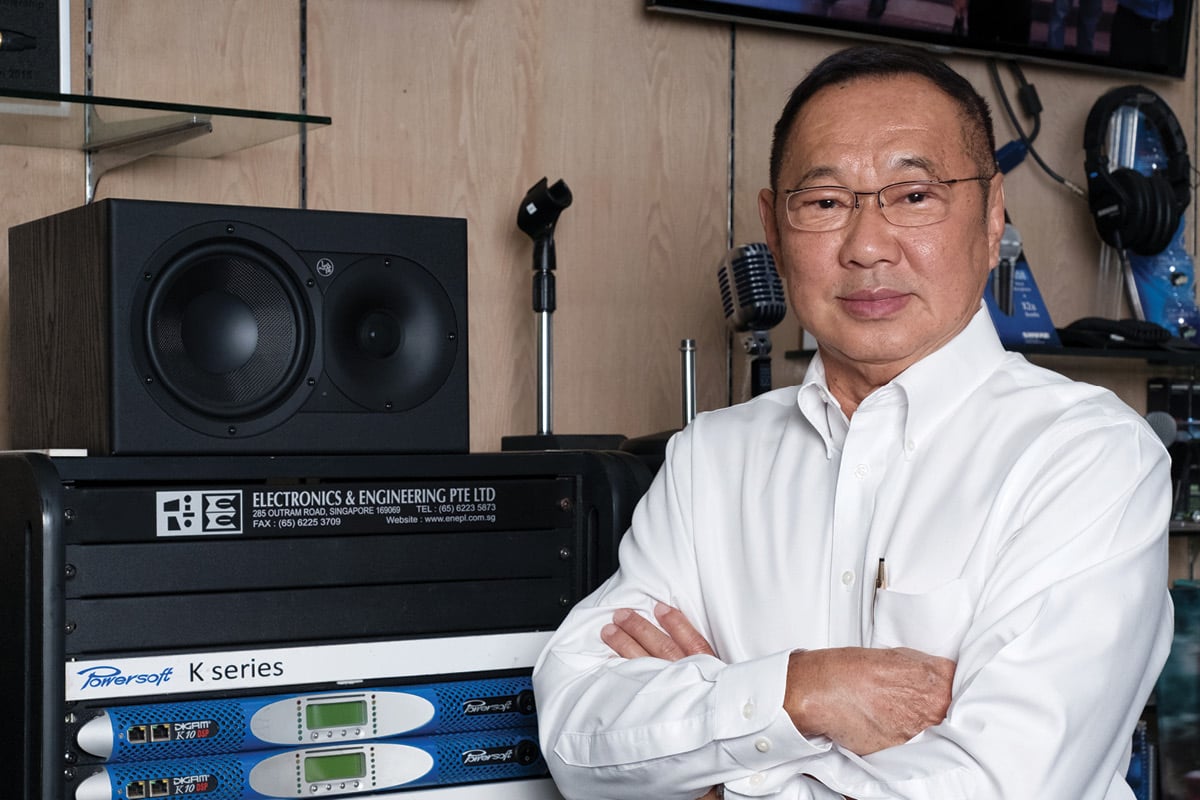 Ever since he was in secondary school, Ronald Goh knew he was destined to work at Electronics & Engineering (E&E), the company his father established in 1951. “All my sisters and my brother had the opportunity to go overseas for their studies, but my dad said to me, ‘E&E is your university. That is where you will learn and excel as long as you work hard,’ ” Ronald tells The CEO Magazine.

E&E began in the cinema industry, importing used 35-millimetre projectors that it would refurbish and install together with a screen and sound systems. Ronald, who is now E&E’s managing director, found that cinema installations were “boring because it’s a cookie-cutter process,” he says. “You put up the projectors, align them, put up the screen, set up the sound system, and repeat for every other cinema. There is not a lot of challenge in this line of work.”

Fortunately for Ronald, E&E moved into professional sound reinforcement systems, and that’s when it got its first big break – securing a contract to install a new sound system for the former Singapore National Theatre in 1963.

Since then, the company has been involved in many mega-sized projects, including the sound systems for the former National Stadium in 1972 and the Singapore Sports Hub, which was built on the same location when it was torn down.

Other projects have included the Esplanade Theatres on the Bay, Victoria Theatre and Concert Hall, The Marina Bay Sands Theatres, and The Star Performing Arts Centre at Buona Vista, among many others. Ronald finds sound systems interesting because every installation is different.

There are challenges with new technology, but this is where we learn and keep abreast of the technology.

“Yes, there are challenges with new technology, but this is where we learn and keep abreast of the technology,” he muses. “We learn from our mistakes and we move on. We know that every day is a new day and we are always looking forward to new challenges.” E&E has since expanded its offering to include videos and LED walls. In April 2017, it completed the design and installation of a 70×5-metre LED video wall at Changi Airport. As part of the installation, the company was given six months to run and test the wall before it went live.

“If a system breaks down at Changi Airport, it has to be working again within the hour, and preferably within 15 minutes,” Ronald says. “During the testing period, we applied whatever we thought could go wrong to the wall. We pulled out cables, switched off the power supplies, et cetera, to see what the recovery time was to put the wall back in operation. We went through all kinds of tests so that in the future, when such things happen, we will know exactly what to do. That is the challenge today. You have to know how to solve the problem before it even happens.”

That is the challenge now. You have to know the problem before it even happens.

Working in the electronics industry means having to adapt rapidly to changing technology and consumer needs; therefore, the next phase for E&E is strengthening its IT and software capabilities. “Today’s challenges are not so much in hardware,” Ronald explains.

“The challenges are in IT and software. Hardware is pretty much predictable. It gets improvements, and we have to be ready for these improvements. It is the IT and software that takes you by leaps and bounds. IT and software are much more powerful tools to work with. One can do more things in the quickest time possible with a variety of configurations at your fingertips.”

E&E’s IT and software division is bolstered by partnerships with major software providers such as China’s Nova-Star, which installed its first-generation Synchronous Control System on Morgan Plaza’s 3,400-square-metre screen for the 2008 Olympic Games in Beijing.Ronald is willing to learn from companies like Nova-Star to help with his company’s success.

“Nova-Star has the backing of nine university PhD professors, plus 500 students who have been doing R&D in this technology for the past seven or eight years, working on this operating software and technology. This is why they are so good, and they know they are so far ahead of anybody else in the world,” Ronald says. “They will probably have the monopoly of the market for the next decade.”

Looking ahead, Ronald emphasises the importance of keeping abreast of the latest IT and software, as well as best practices. “This industry is getting to be more and more interesting. The cinema industry has moved from a simple, single-speaker system in the 60s to Dolby Atmos multichannel surround sound systems today,” he says.

“We completed the largest Dolby Atmos cinema sound system installation at GV Max Dolby Atmos Cinema at VivoCity Shopping Centre, which has 64 channel/speakers and two subwoofers, one in the front and the other at the back. The Dolby Atmos sound system is what creates a 3D aural experience. If, in a movie, a shot is fired into the middle of the hall, the explosion will originate from the middle of the hall. This is all about digital steering with 64 individual channel/speakers; we can steer the sound to where it originated.

“This is the IT software that we need to keep ourselves abreast of constantly to be the pioneer at the forefront of the industry.” 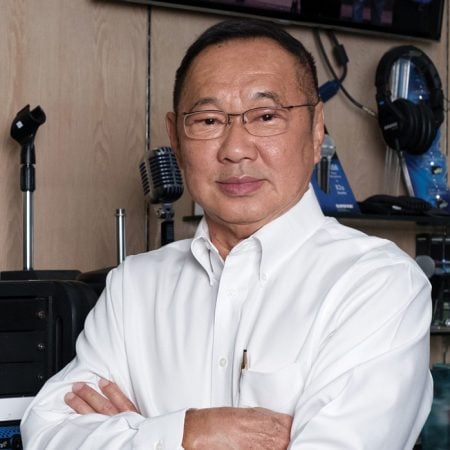