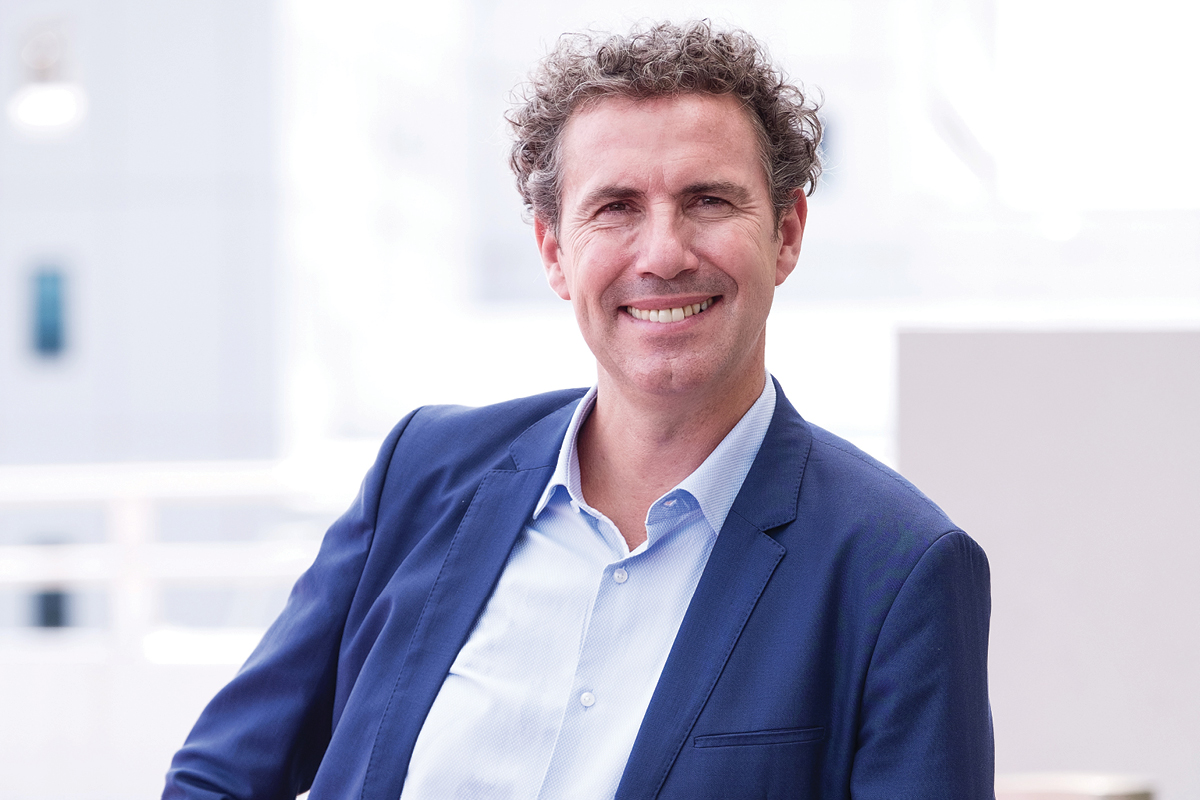 Though he spends most of his time managing Beumer Group, an international leader in the field of intralogistics, Ronald Willems never aspired to or actively worked towards becoming a CEO in the field. A brief glance of his resume reveals as much.

Though he’s been in the industry for more than a decade and a half, his career began at the age of 16, when, after he attempted to attain his fighter pilot licence, he signed on to the Netherlands’ naval air force.

“It was a bit of a coincidence,” Ronald tells The CEO Magazine. “I joined because the government would subsidise my technical tuition if I signed up.” Enlisting in the late 1980s, Ronald flew aboard the Lockheed P-3 Orion, an aircraft built to detect and destroy enemy submarines.

Serving as an in-flight technician, Ronald was tasked with the job of studying the complex machinery that went into the million-dollar aircraft’s submarine detection capabilities.

Direct combat was rare for Ronald. The former Soviet Union had collapsed by the time he actively served, which meant the Netherlands, a NATO ally, was without a war to fight. While he was still involved with high-profile military intervention in Yugoslavia, he admits he never fired a single missile.

Having developed deep technological expertise, though, Ronald sought to put it to good use when he was discharged in 1995, joining Meteor Data Communications (MDC). While there, he developed his knowledge of meteor burst communications, a form of radio communication that uses ionising radio waves from meteor trails to create communication paths.

“Originally, it was technology designed as a part of [US President] Ronald Reagan’s ‘star wars’ program, in case there was a nuclear war and there needed to be some line of communication,” he explains. “Meteors were always going to exist, so it made sense. We set about commercialising that tech and rolling it out into the markets.”

With plans to release the technology in Western Europe, South Africa and Australia, MDC intended to enter the trucking industry as a provider of communication services. However, with cellular phones becoming popular and widespread in the early 2000s, the market for obscure radio wave technology disappeared before MDC could make an impact.

Still, Ronald had involved himself in creative and pioneering work, picking up knowledge of the logistics industry that would serve him well when he began managing projects in the warehousing and distribution market for Crisplant (part of FKI Logistex) in 2003.

Looking after small-scale distribution for brands like Levi Strauss & Co and Foot Locker, Ronald ascended to the role of CEO in 2015 (Crisplant had since been acquired by Beumer Group, in 2009, and was later renamed). When he took on the head job, he admits he felt he was taking “a deep dive” into the industry.

“I was relocated from the Netherlands to Singapore, and the work culture was very different,” he recalls. “My team was local – I couldn’t expect them to act like the Dutch might, so I had to adjust my expectations and attitudes.”

Taking on large-scale projects for DHL and Changi Airport, Ronald was immediately tasked with coordinating a team of new hires to follow a strategy. Considering many were from management positions themselves previously, it was difficult to expect them to quickly change how they worked. “I had to ‘Beumer-ise’ the team, so to speak,” he says. 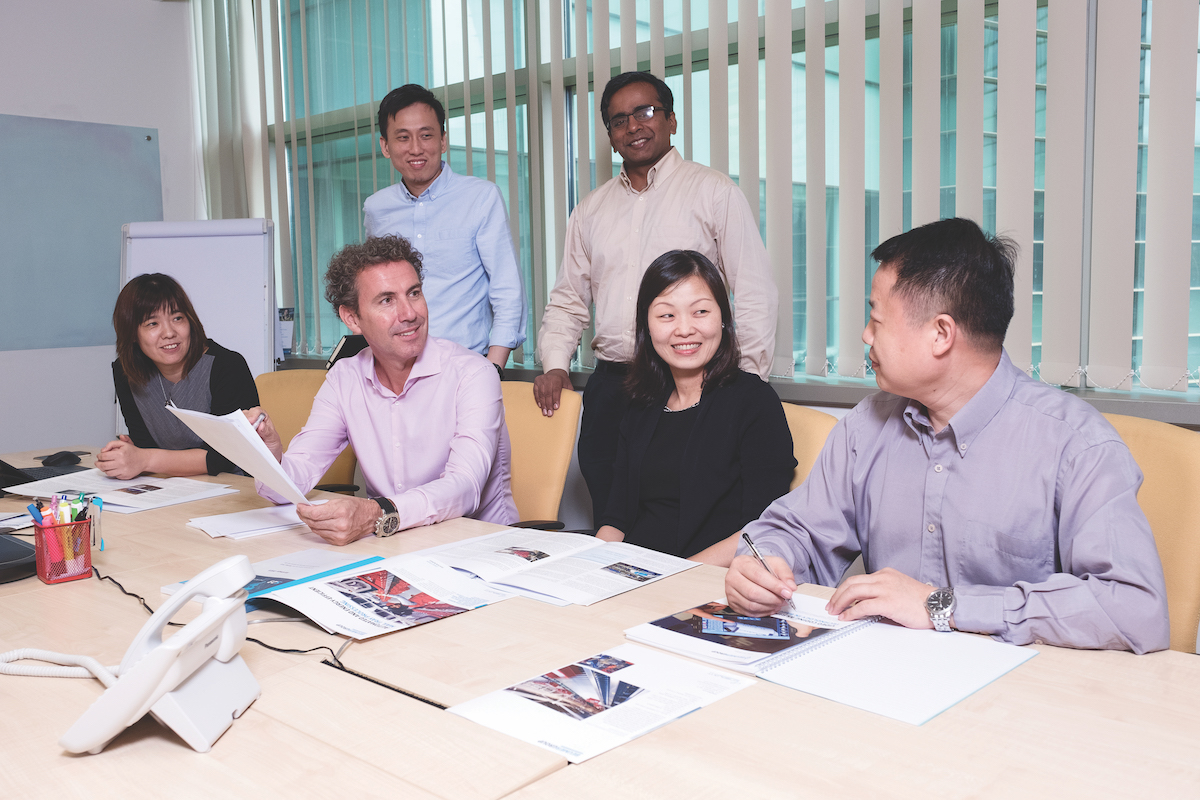 Immediately, he began improving the quality of internal communications. “I flattened the organisation and created shorter lines of communication, with myself in the middle as opposed to the top.

It stemmed from me coming home one day with a sore throat from having to talk to so many people in a single day. It’s not that I wanted to talk all the time; I just had to speak continuously with everyone because they were accustomed to that sort of leadership. A larger part of that was developing trust with the team, and it took some time for everyone to embrace that.”

Nowadays, when Ronald comes to work, he says people are more willing to talk to each other, shifting from a reserved atmosphere to one of open discussions and enthusiasm. “We have a saying in the Netherlands, and that is, ‘If you have a problem, then put the fish on the table,’” Ronald says.

“We have a saying in the Netherlands, and that is, ‘If you have a problem, then put the fish on the table.’”

“If you have something to say, make yourself heard. That’s not how Singapore works, and it required a lot of time for people to accept the new culture. Once they did though, it was pure joy for me to see everyone so communicative every day.”

As he reflects on his time as CEO, he says his clear and transparent approach to leadership has powered Beumer Group’s success. “An effective team doesn’t come from me sitting in an ivory tower thinking up bright ideas. It comes from creating an environment where smart people can
come up with ideas as a team.” 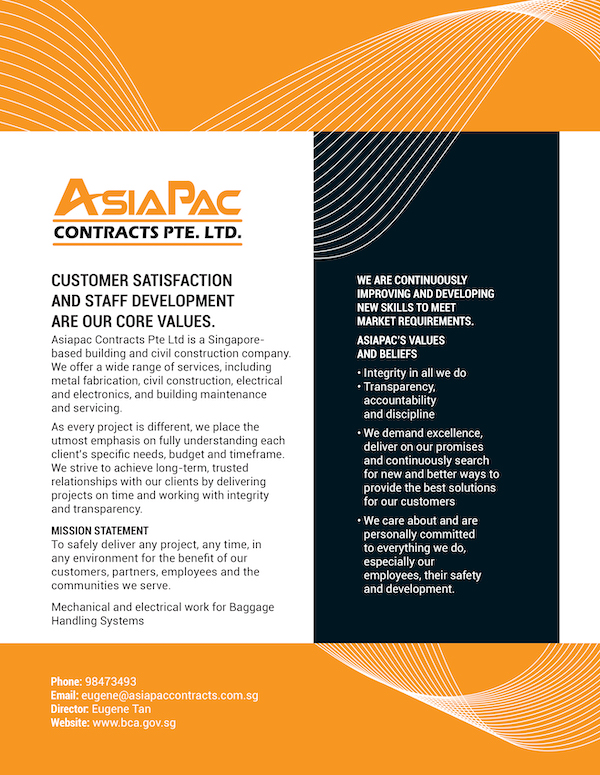 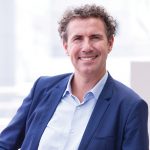